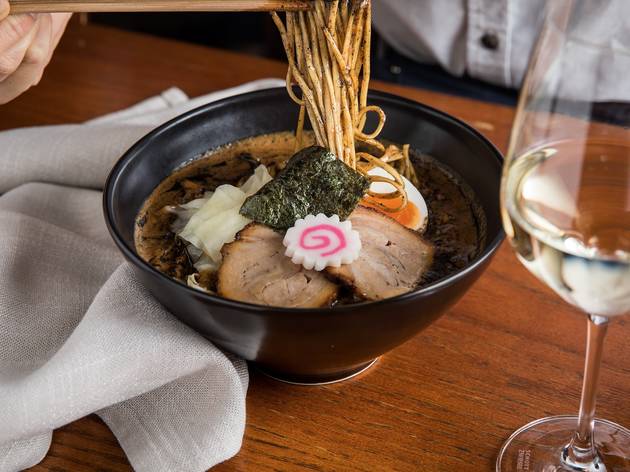 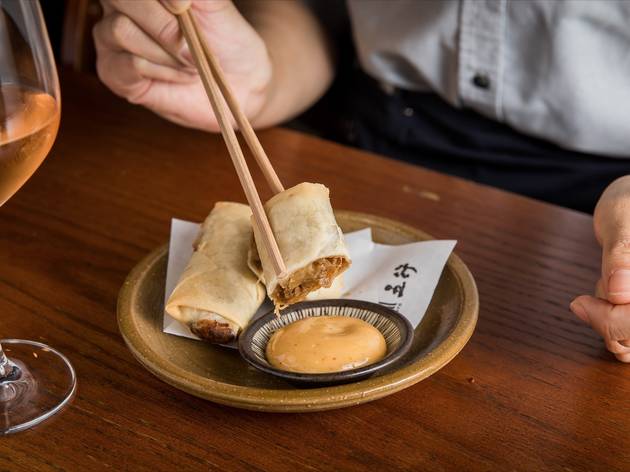 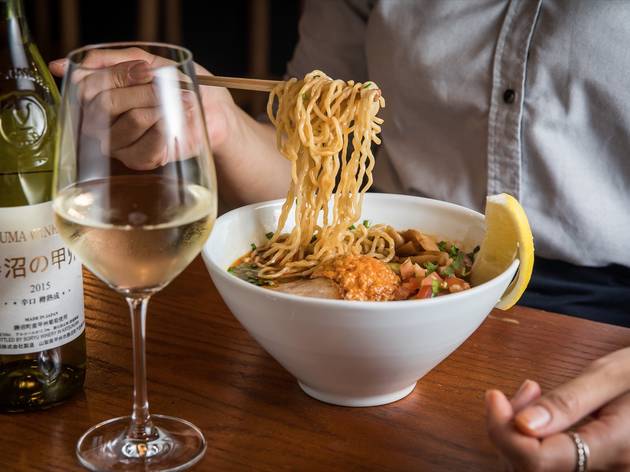 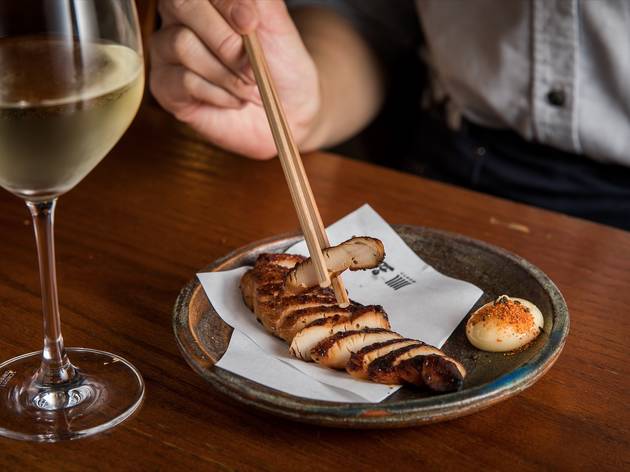 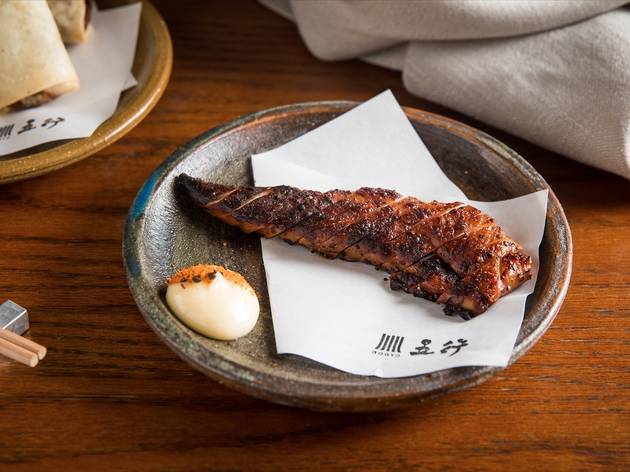 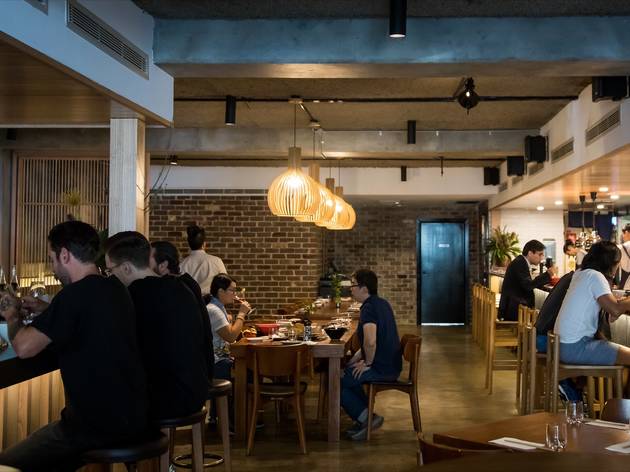 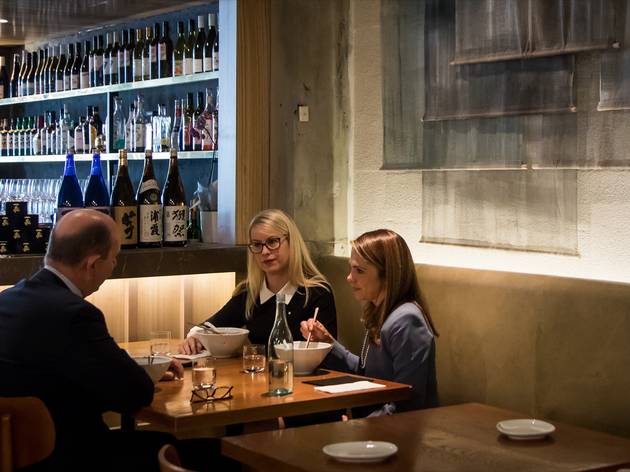 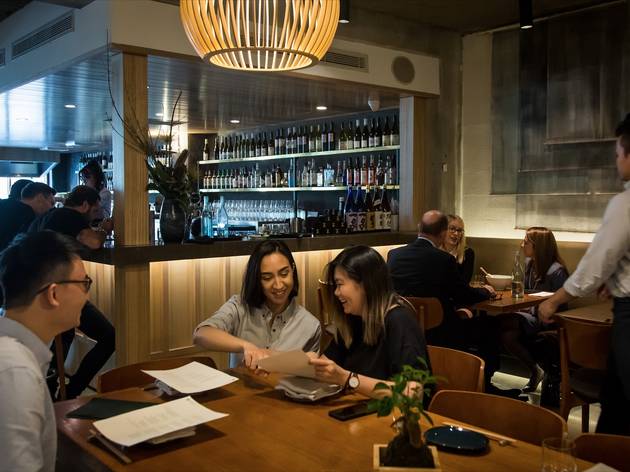 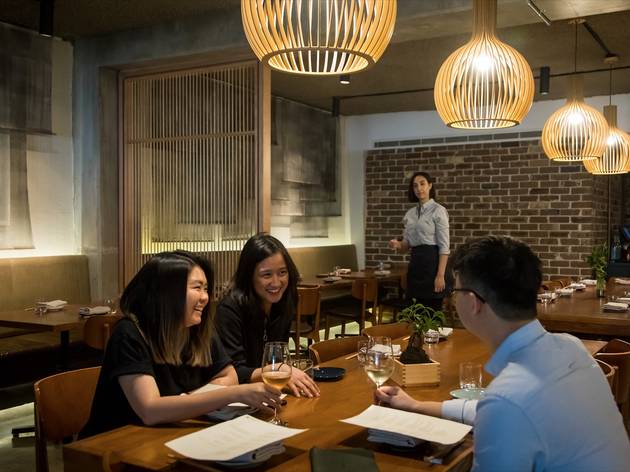 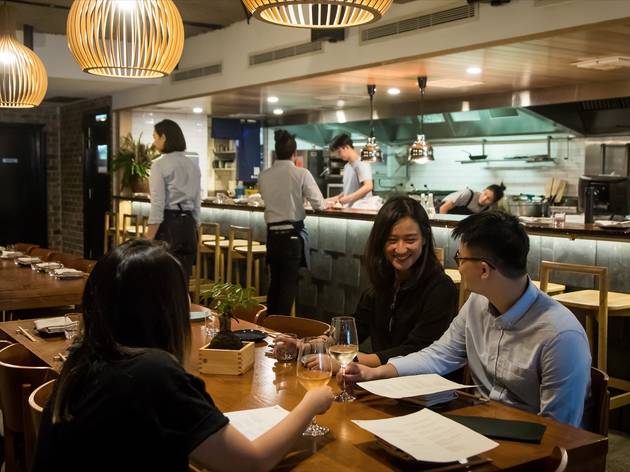 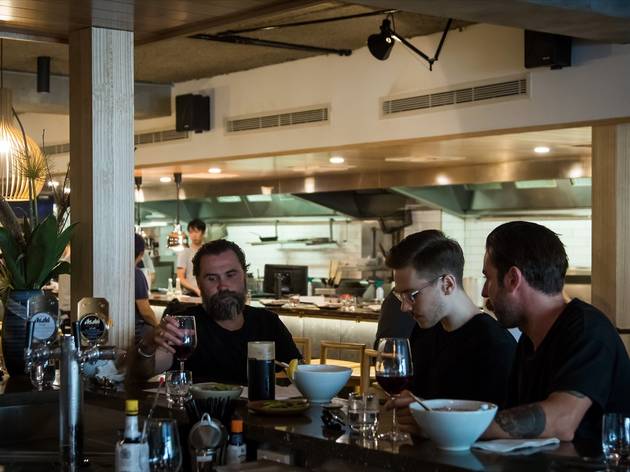 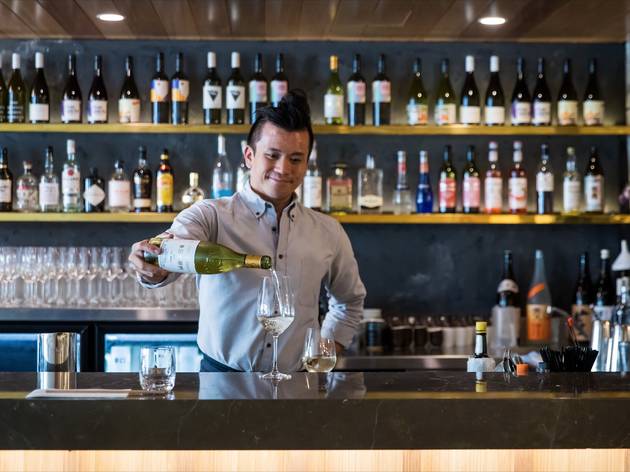 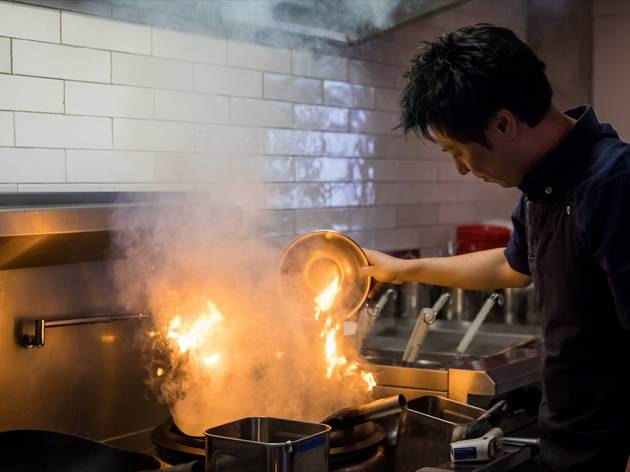 Gogyo comes from the same people who brought Japanese ramen juggernaut Ippudo to Australia. They specialise in a kogashi (which means ‘charred’ in Japanese) ramen, which sees a pan heated to a smoking-hot temperature before a dollop of miso paste is added and then it's deglazed with chicken broth. The resulting ramen is underpinned by a distinct smokiness that’s intense in flavour and appearance. It’s imbued with ash flecks, and the chewy noodles and chashu look a little ominous and odd swimming in the slick black broth, but it tastes damn good. It’s not as heavy as a tonkotsu courtesy of the lighter chicken broth base, but still has a rich umami flavour and salty intensity thanks to the charred miso paste.

As soon as you step inside Gogyo the first thing that hits you is a smoky, burnt aroma wafting from the fast-paced open kitchen, where they’re firing up the unique-style kogashi ramen. The second is probably the familiarity of the space – it was previously home to Salaryman. The neon guts of the Albion Street space have been stripped right back – now it’s all about blonde-wood tables, white tiles, delicate floral arrangements and muted tones. Bonus points for the interesting soundtrack of Japanese jazz and J-pop to up the mood.

While the charred miso ramen is the main drawcard here, it’s also worth trying the chilli shoyu too – it’s one of the most dynamic shoyu broths we’ve had in Sydney. Lip-tingling chilli stays present well after you’ve wrangled the curly, elastic noodles. It’s elevated by punches of herby coriander and hunks of tomato, which add texture, while pork mince adds a very light sweetness.

While you’re coming for the ramen, this is also the sort of place you could easily pop in for a half-and-half Asahi (that’s a mix of Asahi dry and black) or a glass of on-the-up Japanese white wine, and sit up at the bar and work your way through the snacks. You’ll see the classic run of gyoza and edamame, but make sure you check out the chicken ‘jerky’. The single tenderloin is cut into 12 precise slices – it’s smoky and peppery and manages to balance a dryness that gives it the feel of a cured meat, while still being moist and moreish. The crisp pork belly bun is reminiscent of Ippudo’s steamed buns with a hunk of gelatinous pork being the star, freshened up by a single perilla leaf and shreds of cabbage, while the single, smashable spring roll sees a crunchy rectangular wonton skin encase soft shreds of bulgogi-style beef. Order all three, kick back and watch the kitchen in all its fiery glory.

Gogyo’s ramen and precision snacks are right up there, so bring on the big chill and a bowl of charred soup thanks.

RECOMMENDED: The best ramen in Sydney.