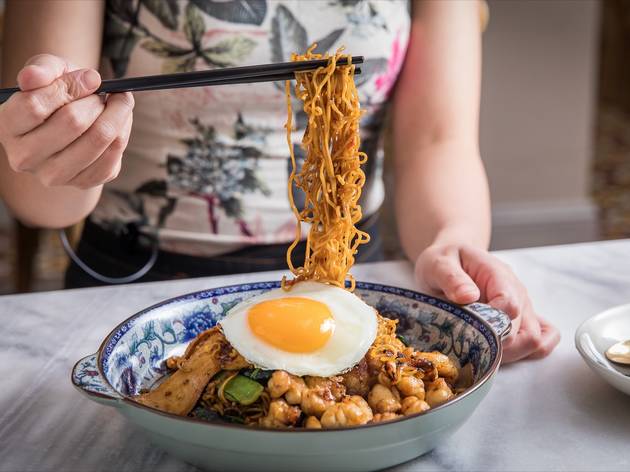 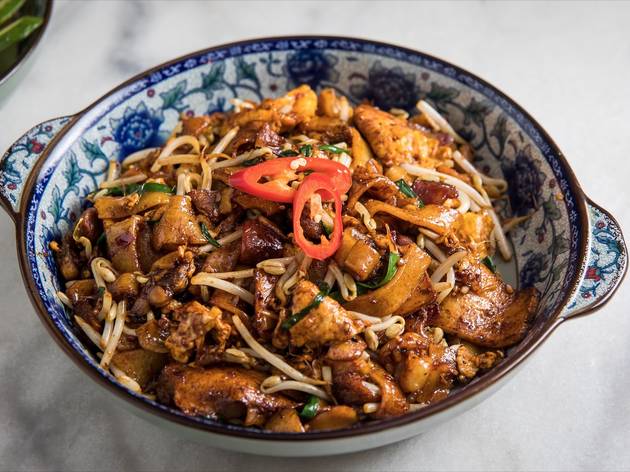 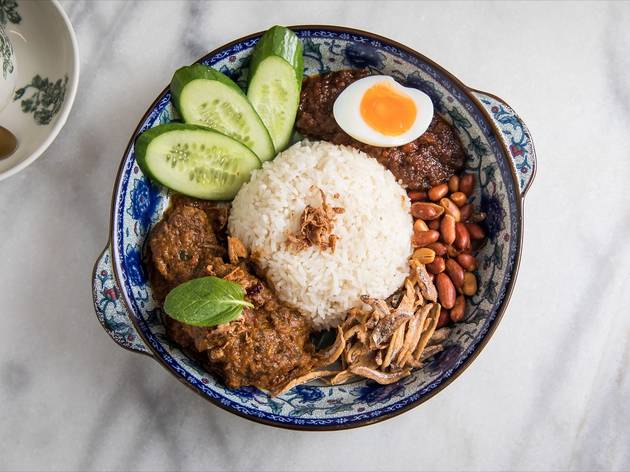 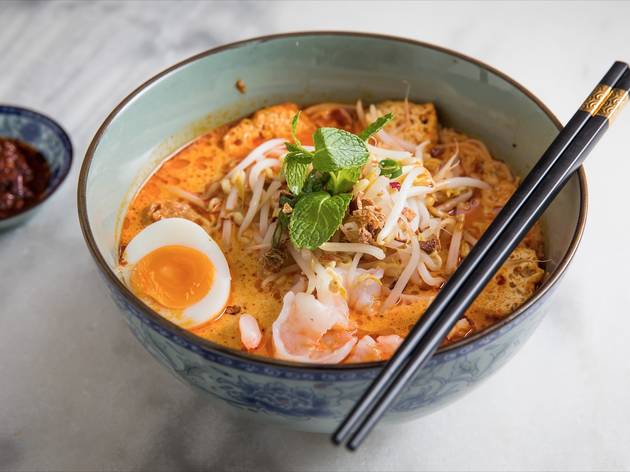 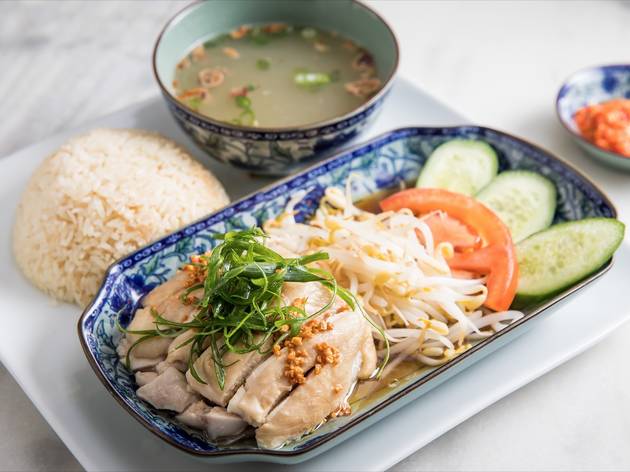 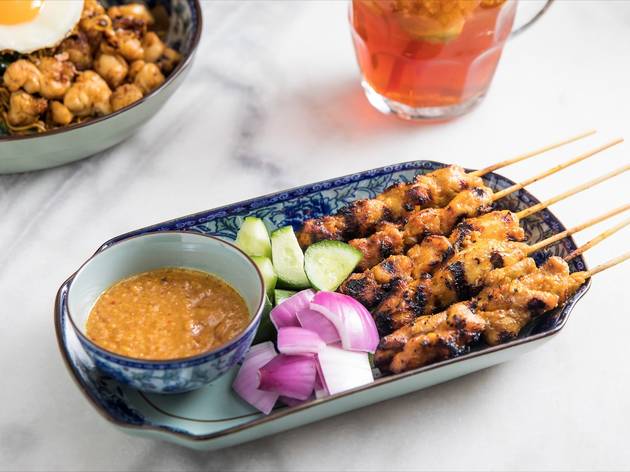 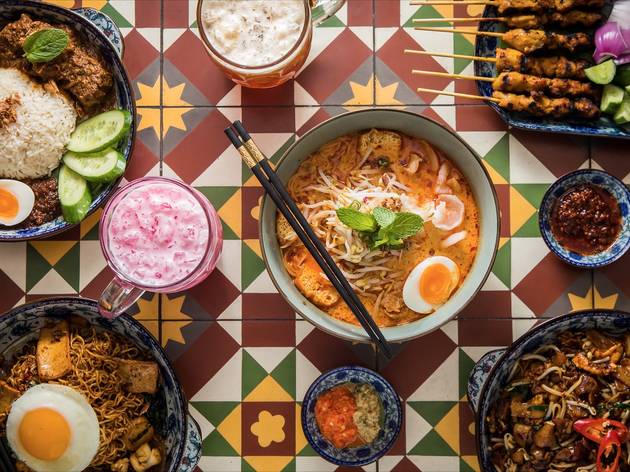 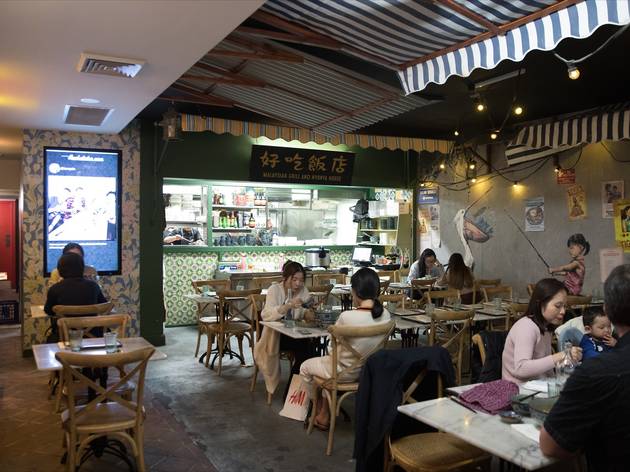 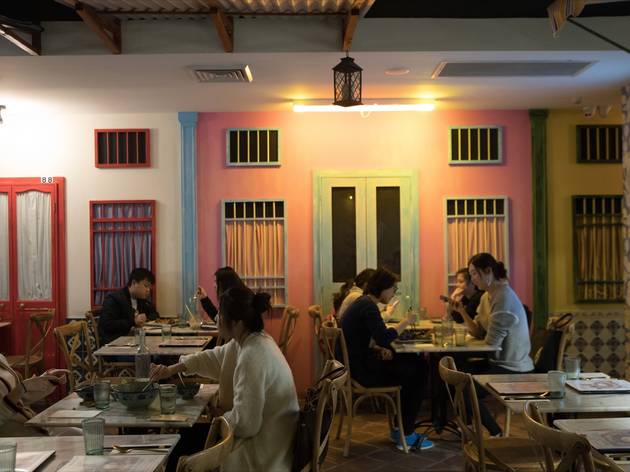 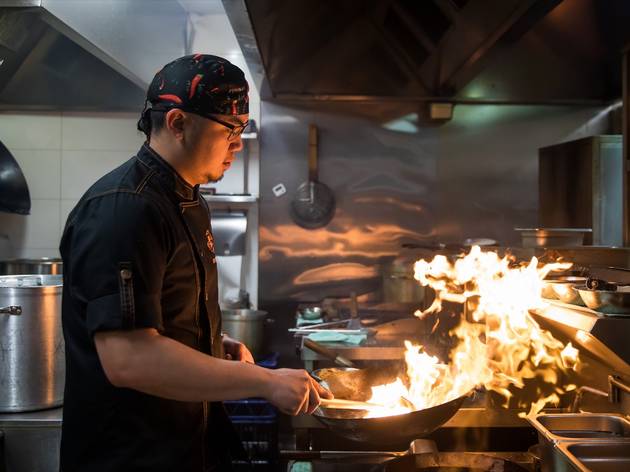 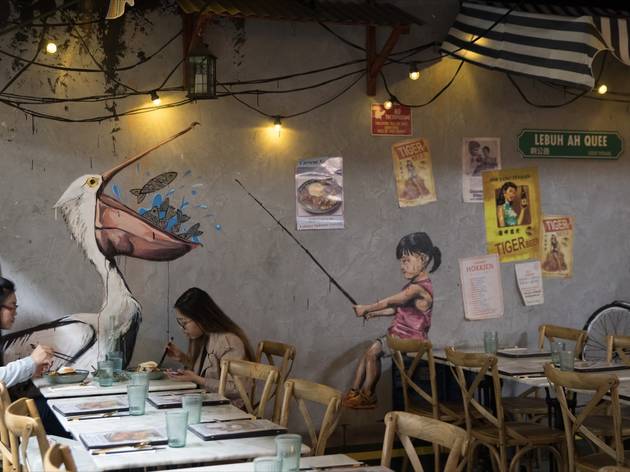 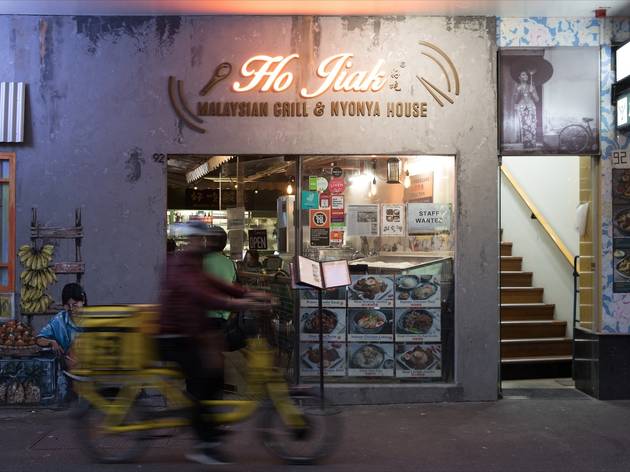 What do we want? Affordably amazing Malaysian food. When do we want it? All the time, apparently

Bookings accepted. Are there any words so sweet to the ears of hungry diners in a city of walk-in only restaurants? Of course, that’s doesn’t stop crowds of people congregating outside this Malaysian grillhouse in Haymarket (the original is in Strathfield), motivated in equal parts by hunger and optimism that they can find a seat inside this compact diner styled like a laneway street stall.

Those colourful false windows and doors along the walls won’t convince you you’re in a Penang night market, but with every deep, appreciative gulp of air fragrant with chilli, garlic and soy sauce you will start to take on a holiday mindset, the kind that instructs you to order twice as much food as you need, which is only about half as much as you want.

Table spying can be dangerous here. Every single thing that hits our table supersedes the last as our favourite thing, but that doesn’t stop you also wondering if you might have room in your heart for the soft, pliant rolls of rice noodle cheong fun bobbing about in a creamy sea of coconut and chilli you spotted on the table two over.

The char koay teow here is spectacular: even more so if you add plump king prawns grilled with their heads on to the mix of juicy chinese sausage, bean sprouts, egg, green onion and charred flat rice noodles wearing wok breath like a heady perfume. You do not have the home skills to elevate instant noodles to the kind of lofty flavour ranks they achieve with the indomie, whose curly noodle strands are stained a glossy chestnut by the housemade black sauce (a potent mix of soy sauce, caramel sauce, kicap manis and oyster sauce) and capped with a soft fried egg.

Fried entrées have a new king: bundles of five-spice fragrant pork swaddled in bean curd skin and fried until they’re as dark as a Riviera tan. Order them as well as, not instead of, the classic chicken satay – the ultimate litmus test – which passes with flying colours thanks to a proper flame-licked char on the meat and a peanut sauce that hums with chilli.

Love noodles and Hainan chicken? You can swap out the rice and get them together, just like you can upgrade your rendang so that it’s filled with KFC fried chicken (genuinely – straight from Colonel Sanders, bought in for the occasion). Will it shorten your life? Possibly. Is it worth it? Oh yeah. And clearly you all agree with us, which is why you, the hungry people of Sydney, voted Ho Jiak the winner of the People’s Choice Award for 2018.