There are certain dishes that stick in your head, like a catchy pop tune you find yourself humming for days after hearing a snippet on the radio. These dishes can be few and far between, but when you find one, it’s almost impossible to stop thinking about it. Jane, the little sister to chef Tristan Rosier's Arthur, provides more than one of these catchy dishes. The biggest hit, however, is a super retro recipe reimagined: potato galette.

A staple of ‘fancy’ restaurants, potato galette is often underwhelming, a bit naff, and rarely ticks both markers of a completely cooked and smooth interior and crisp and flaky exterior. This is not the case here. Impossibly thin wafers of desiree potato are stacked high, smooth and starch-fused in the centre, with an exterior so buttery, caramelised and crisp that it is reminiscent of a freshly baked croissant. The combination of this textural delight, the umami-packed salted egg yolk on top, and a puddle of whey sauce, satisfyingly thickened from slow cooking, makes for a dish you’ll go back for time and again.

But we’re getting ahead of ourselves. Who is Jane? Jane is the more laidback but equally charming sister restaurant to Arthur, a nostalgic, degustation restaurant just down the road on Bourke Street, named for chef Rosier's grandfather. Jane, an à la carte hole in the wall, resides in former Ume and Bistrode space and is an homage to Rosier’s nanna. While the menu is certainly inspired by childhood memories and dinner parties of yore, Jane is anything but twee. Brass finishings, marble-topped tables and golden velvet booths for two are accented with a very modern Australian touch. Kangaroo tartare replaces the usual beef, and sharp bush tomato and pickled cucumbers provide all the acid needed, a crown of matchstick potato fries bringing moreish crunch.

Creative starters of salt and vinegar celeriac croquettes are a strong and generous way to kick your taste buds into high gear, the malt vinegar pickled centre sharp enough to stand up after crumbing and deep frying. House aioli rounds everything, out and we’ll take five more, thanks.

Wagyu skirt steak is served black and blue, no mean feat in a restaurant buzzing on a Wednesday night. The charred bark brings a great bitterness in contrast to the barely warmed interior, and it is clear someone in the kitchen has been lovingly turning the piece of meat every few seconds for an even cook. Dollops of horseradish cream and a few pixie-sized heirloom carrots take the totally familiar and make it new again. Resisting the temptation to serve a more crowd-friendly and reliably tender cut like the eye fillet pays off dividends with the more flavourful and more challenging skirt steak. Bravo.

Even the tidy-sounding velvet lettuce salad is a hit, served in a petite bowl, lined up with the core facing down so that each refreshing leaf is kissed by sherry vinegar dressing, which then pools at the bottom of the bowl, remaining fresh, with a huge whack of sharpness and the occasional crunch of sea salt flakes. Again, familiar, but done so, so well.

More adventurous dishes like a sashimi of kingfish use Meyer lemon zest in a kosho (a peppery Japanese-style secret weapon) to add heat and zing to a dish we've come to expect on just about every Sydney menu. Jane is not reinventing the wheel, instead, throwing rims on it and letting it rip.

A finale of dessert surely must be the namesake's specialty: Jane’s Pink Cake. A trip down chef Rosier's memory lane, the delightful mix of sponge, thick cream and jam is all birthday party and doilies and frankly, such a comforting end to a great meal.

Surry Hills isn’t exactly lacking when it comes to heavy-hitting restaurants, pioneering and moulding Sydney’s food scene, the microcosm innately affecting the macrocosm across the town. And if Jane has anything to do with it, we’re all going to be very happy with the result.

While you're in the neighbourhood, why not check out the best restaurants in Surry Hills? 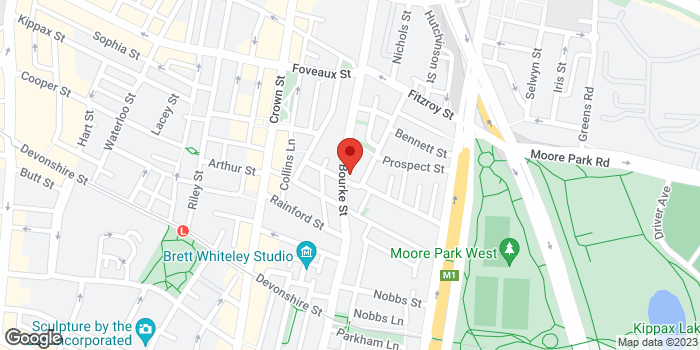