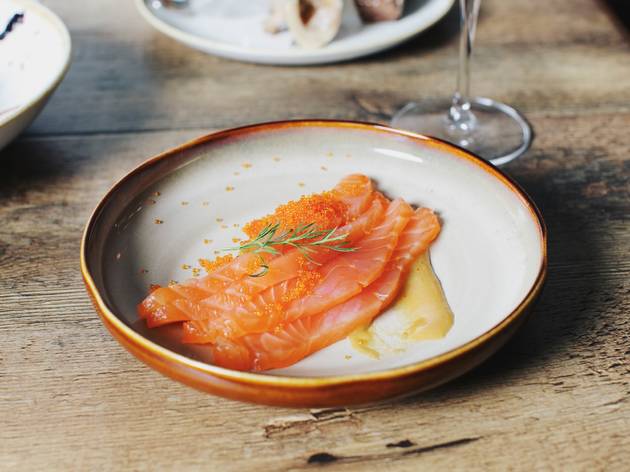 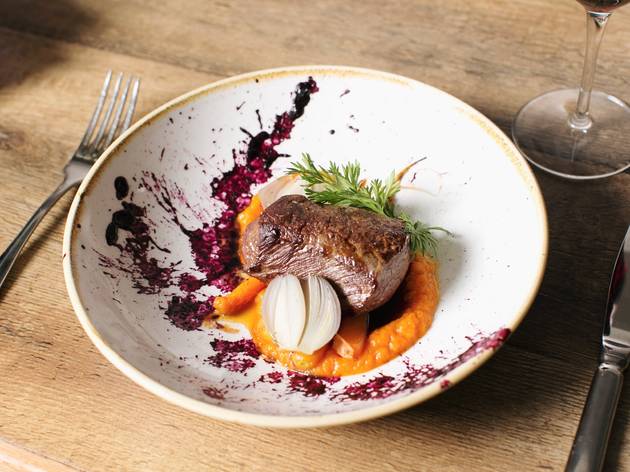 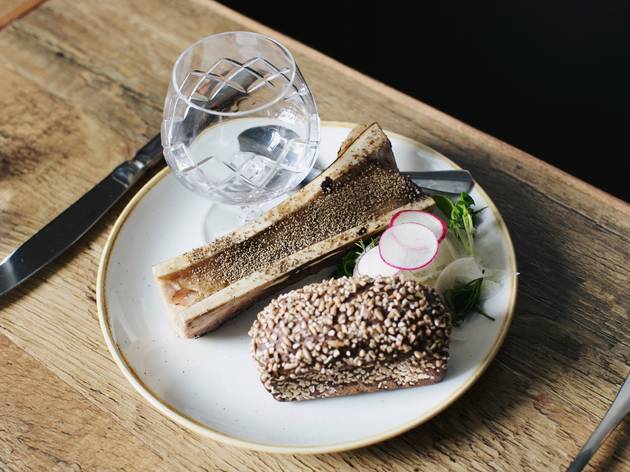 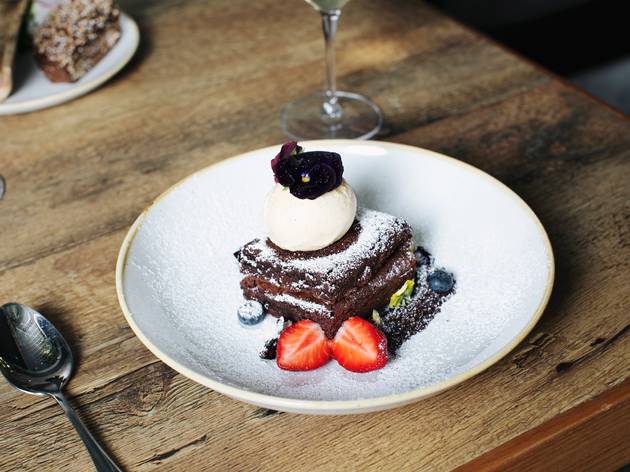 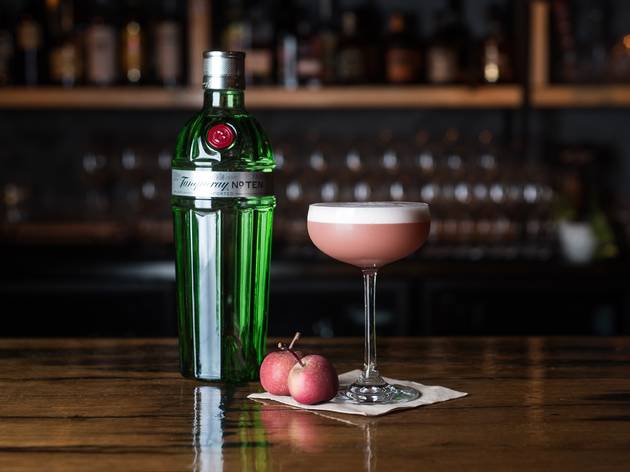 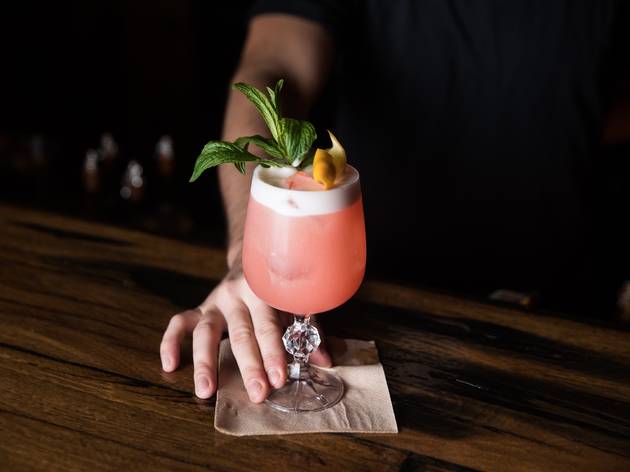 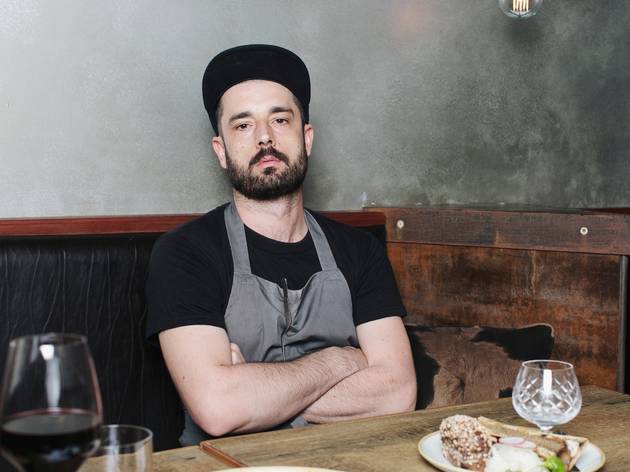 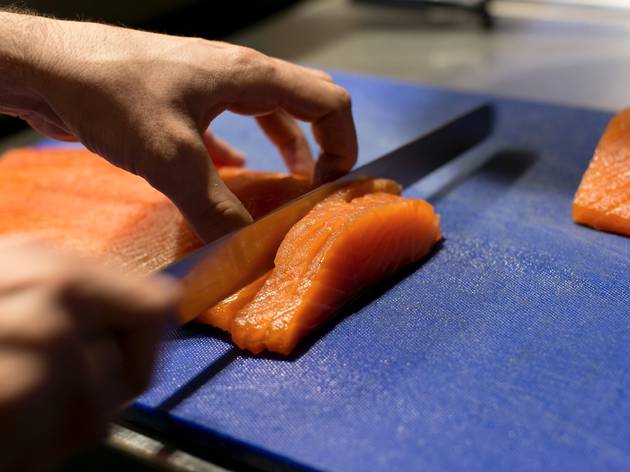 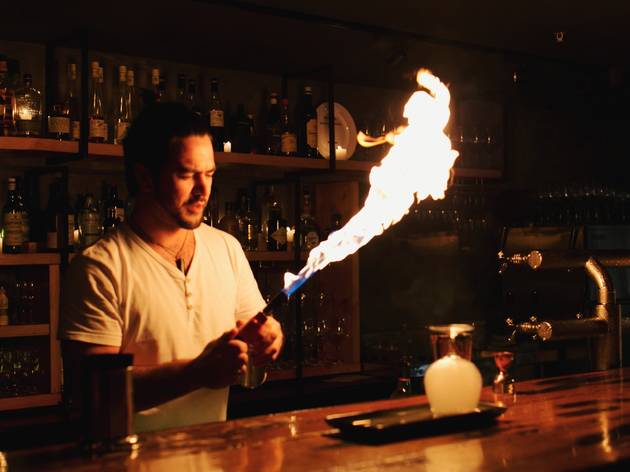 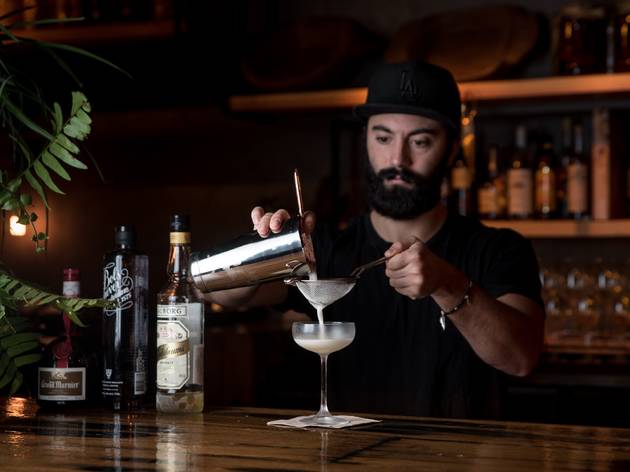 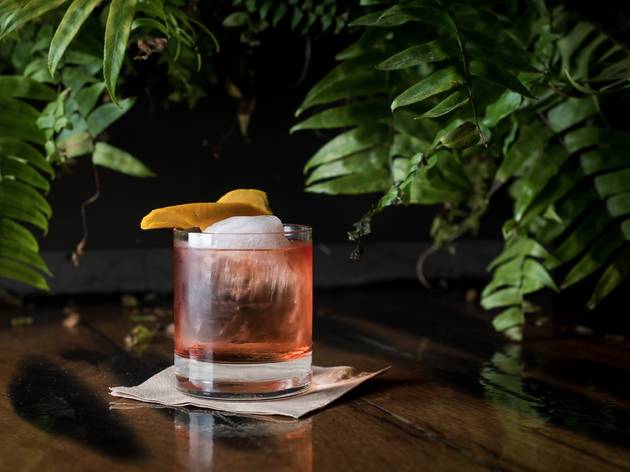 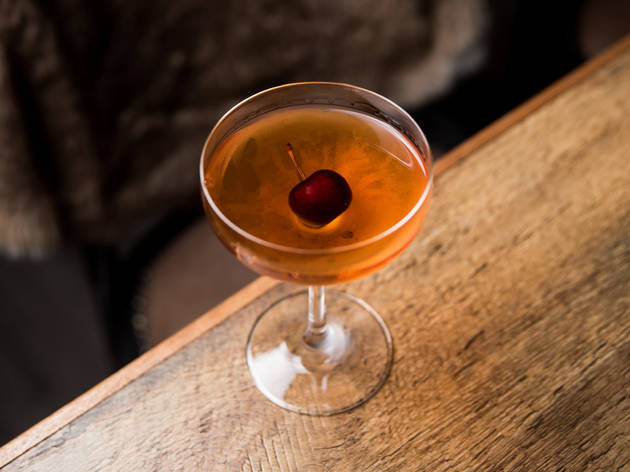 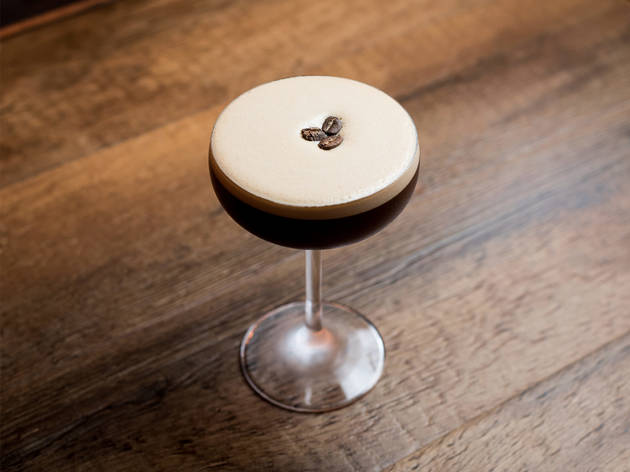 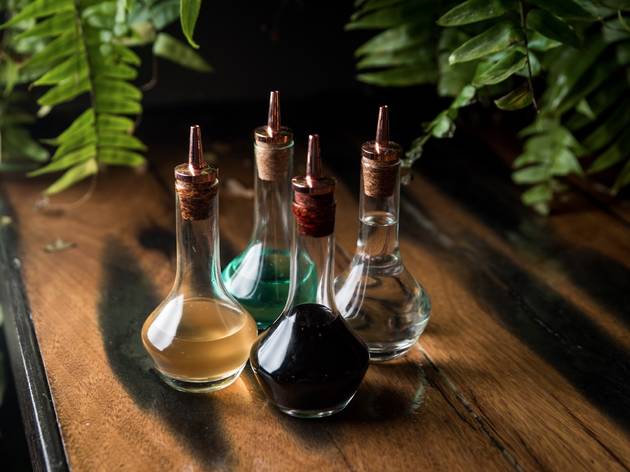 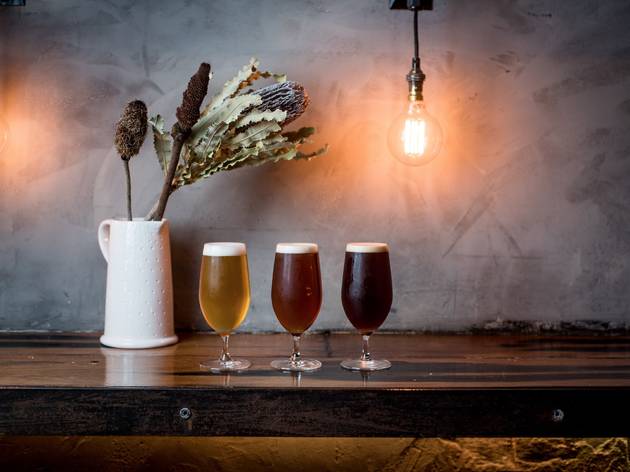 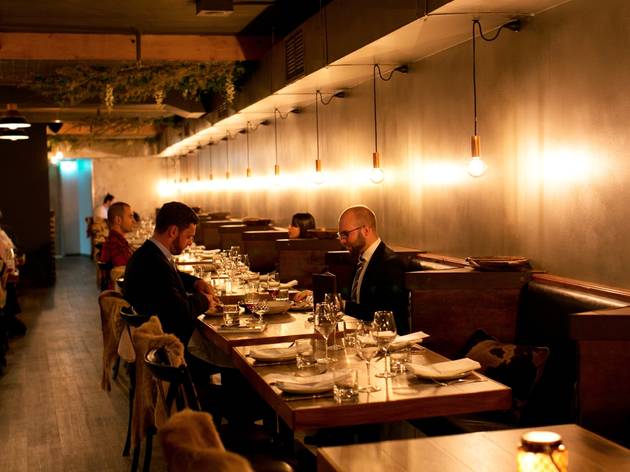 Nordic dining in the CBD

Norsk Dor is the restaurant from chef Damien Ruggerio and it’s all about the feels and flavours of the north. Entering through the tiny door on Pitt Street (it's confusing as hell trying to find it, but persevere – it's the one with the stairs leading down into a deep, dark abyss), the sound of howling wolves plays as you descend flight after flight and down the long, dark corridor towards the graffitied wolf at the end.

And then, suddenly, you're in a softly lit, bunker-like space not dissimilar to Nel, but with chairs draped with soft kangaroo hides; a long, elegant bar and a colonnade of tables. The Akavit cocktail is the way to start – laced with Tanqueray gin and silky, shaken eggwhite, it's like a gin Martini did a dance with a French Martini.

It's a set menu all the way to the mains. To start you might get shared plates of oysters with cider vinegar sorbet, house-smoked cheddar with crackers, a fat bone filled with marrow and a side of rye bread for spreading and sliced fennel for respite. Gravlax is served with a thick, sweet mustard sauce, and Swedish meatballs are paired with dill-spiked potatoes.

For mains there is venison with celeriac purée and artichokes. Mushroom tart is on offer for the veggos, and the salmon with fennel and dill cream has our name on it.

The traditional chocolate cake, kladdkaka, is on offer for pud. ‘Kladdkaka’ means, literally, ‘sticky cake’ – it’s somewhere between a brownie and a chewy chocolate cookie, and here it’s served with berries and gelato.

Dining at Norsk Dor feels like you just wandered into a bunker restaurant in Stockholm’s Gamla Stan, so it's quite the shock to be back in the hustle and bustle of Pitt Street and the oppressive heat of Sydney when you ascend those stairs onto the street. But wasn't it a fun holiday though?

This is not a review. Time Out dined as a guest of Norsk Dor.