Restaurants Manly
Recommended
5 out of 5 stars 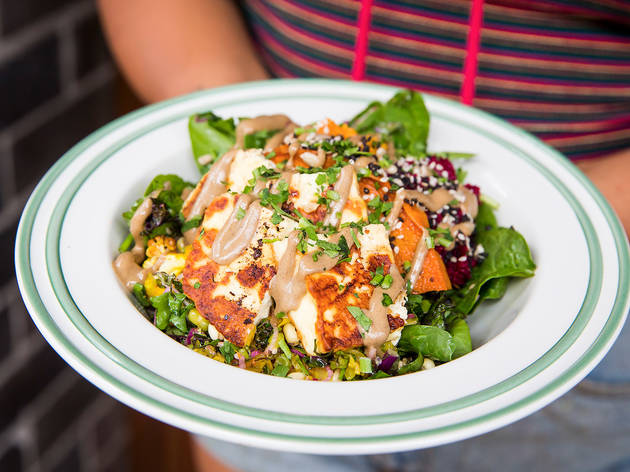 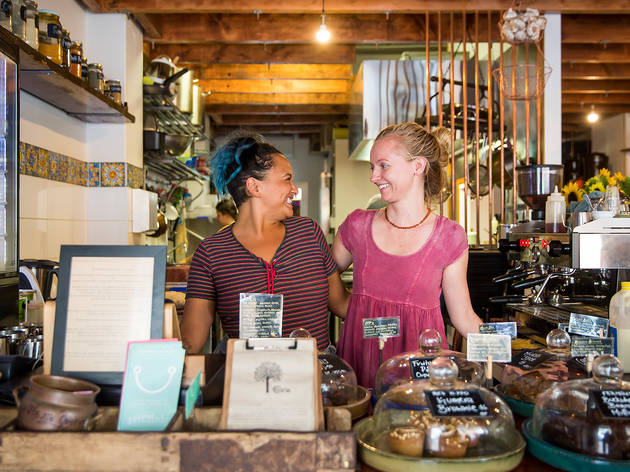 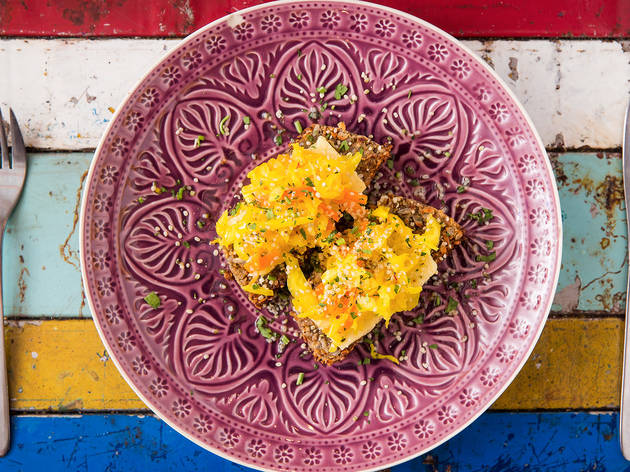 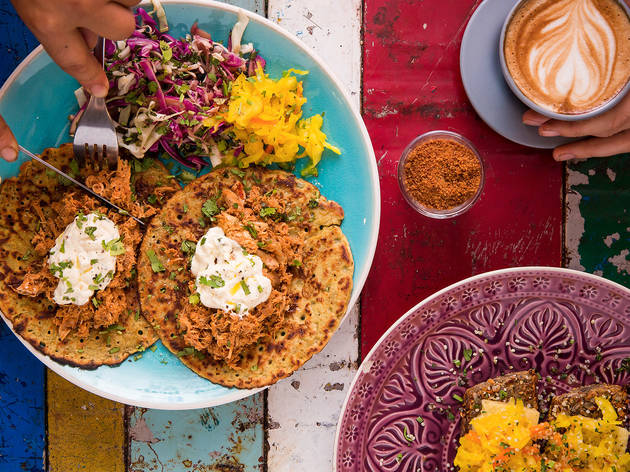 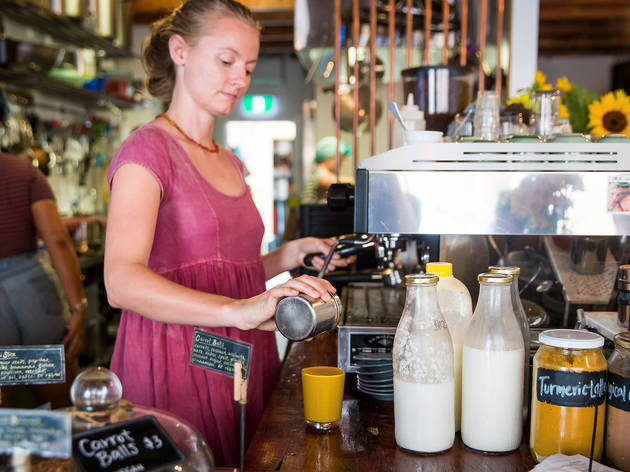 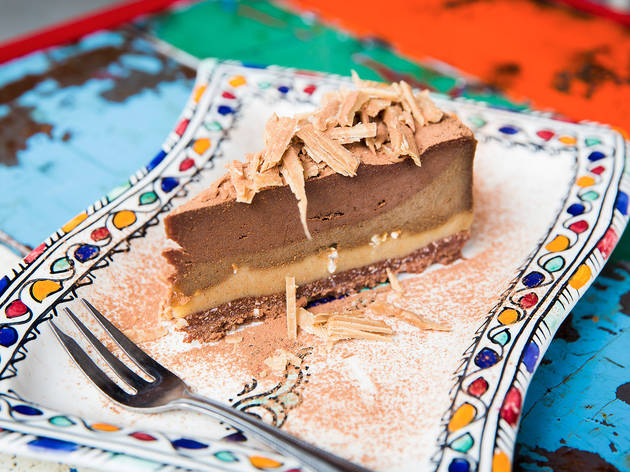 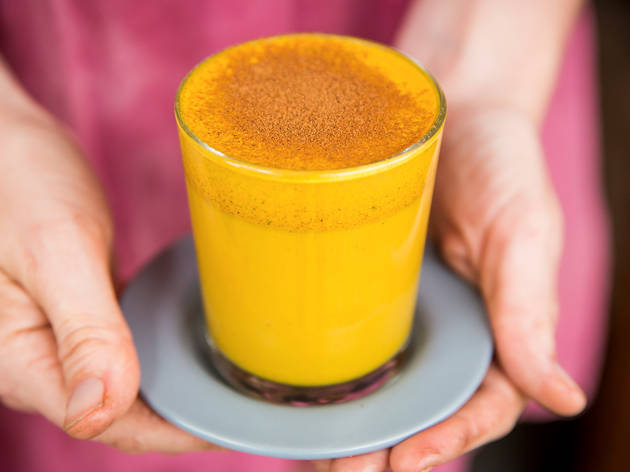 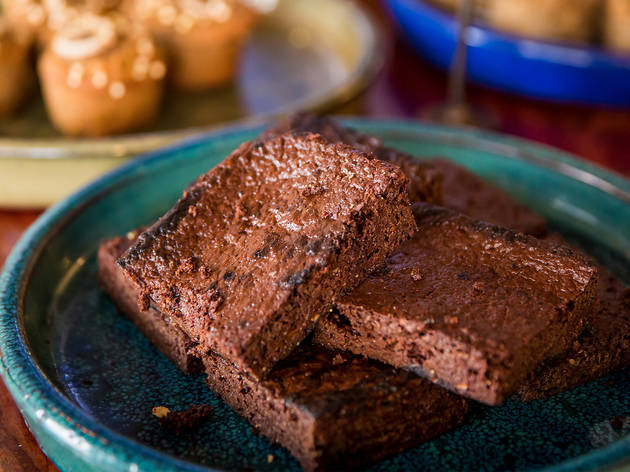 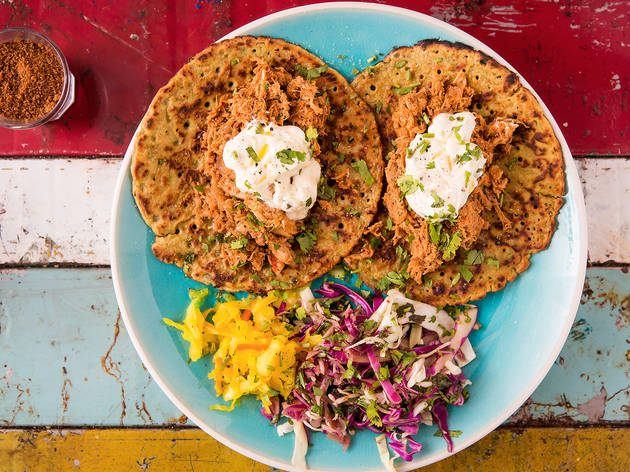 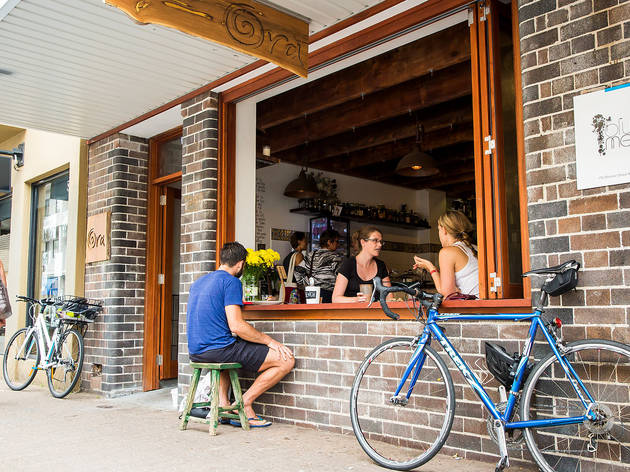 Health food in Sydney has turned a corner, and no one is doing it better than this Manly café

For a long time, health food has been a source of contention for diners who just want to eat something delicious. From dry, brittle interpretations of 'bread' to tasteless salads bereft of uplifting dressings and, sin upon sin, unmassaged raw kale that actually feels like it's cutting your mouth, most of us would rather actually exercise than consume food that's this uncomfortable to eat.

But no longer, because Ora in Manly is serving food that is good for your health and tastes amazing too. The venture comes from partners in life and business, Alex Johnson and Alex Rast, who wanted to open a café that considers its impact in a holistic way. That's why they make almost everything themselves from organic and ethical produce sourced as locally as possible. In fact, anything that doesn't 100 per cent fit this model is starred on their menu (and there aren't many stars to be found). Meat is sourced from organic butchery Shiralee Meats, beans are from Background Coffee and bread is from Berkelo, all of which are within a few kilometres away in up-and-coming Brookvale. And it doesn't stop at the food –­­ even the pans are Teflon-free. That’s commitment.

It’s a simple, quasi-hippy fit-out with the kitchen open and full of busy, smiling cooks. There are mantras written all over the walls detailing what this place about: eggs are “free and pasture fed because they contain a better fatty acid profile where omega three and omega six fatty acids exist in an almost equal ratio”. Bone broth “contains nutrients that repair and nourish joints, bone, tendons and cartilage”. “Grass-fed butter is a natural source of butyric acid… that protects the integrity of the gut lining.” And so on.

But as far as consumers are concerned, that's all by-the-by if the food doesn't taste good. Thankfully, though, it does.

The Ora plate is our pick at breakfast. You get two eggs fried in ghee alongside a pile of greens sautéed with mushrooms and topped with turmeric-rich, gingery chilli sauce, some mashed-up avo, and pink, nicely sour sauerkraut. You also get sai bread; the dense, seedy, totally delicious bread they make in-house (which they now sell by the loaf to take away). Not that hungry? Try a snack of the same bread topped with soft Central Coast cheddar, sauerkraut and olive oil.

At lunch we're all about the Ora Bowl – it’s a mixed bag of sautéed and raw veggies, with different ferments and dips on top and a choice of either grilled eggplant, haloumi or chicken. Or try the bowl of veggie-rich kitchari dahl for something more soothing. Whatever you get, you might find it under seasoned. We wouldn’t expect these guys to be producing salty food (it’s not good for you) but help yourself to the salt on your table to get it to your liking.

The drinks list is even longer than the food menu. From kombuchas to water kefirs to smooth, fruity, gently fired coffee, and their kickass mug of bone broth (a must on any visit here), they're all pretty damn glorious. Everyone seems to be ordering the Friendly Coffee though, and once we taste it we can see why. It's espresso blended up with warm cream, butter, coconut oil, maple syrup, gelatine and salt. All that fat means that the caffeine hits you gradually rather than full force, keeping you alert for longer. Plus, it tastes like drinking the coffee version of a Piña Colada, so it’s pretty much a holiday in a cup.

Which might as well sum up Ora: a celebratory holiday of all things good. From the genuine, warm and knowledgeable service to the chilled-out tunes, and the tasty food that’s as good for your body as it is for your tastebuds, we can’t quite believe that health food has come this far. But we’re so glad it has.