It takes moxie to make a potato the star of your degustation, but at Sixpenny, tubers are a power move. The last time we ate in this understated dining room in a Stanmore terrace, a whole confit spud was presented with mustard, the heart of a tomato and fennel flowers, and it was the most memorable dish of the meal. Perhaps it was the audacity of giving a leading role to a side vegetable that seared this dish into our memory.

And it turns out that head chef Daniel Puskas and his team of produce-loving chefs are still championing the humble potato, because on their current degustation menu you will be served a poached Dutch cream tattie barely dressed in a oyster cream, fenced in by perfect discs of raw mushroom and wearing an elaborate headdress made from a flattened zucchini flower, roasted until it’s crisp and as delicately translucent as stained glass. It’s incredibly beautiful, but more importantly it’s also bloody delicious – it’s our waiter’s favourite too.

The secret ingredient on the menu here is confidence. You can taste it in the coin-sized, cheese-sprinkled gougère that is carrying a payload of surprisingly sweet and sour green tomato marmalade at its core; a pan-fried morsel of juicy swordfish that luxuriates in a seafoam of buttermilk; and in a single, marbled, bordello-pink slice of Rangers Valley rump cap bathed in a sticky mushroom and masala jus with half an onion. There might only be three things on the plate, but each one is a leader in its field.

You might think you like fresh bread, but actually you want old bread, specifically the bread they make in house from the dried husks of yesterday’s sourdough. They grind it into a powder, add sourdough starter, coffee grounds and golden syrup, and then bake it all over again for something way more delicious the second time around.

You may be surprised to learn, dear readers, that six courses here will not leave you surreptitiously loosening belt buckles and buttons under the table. They are not here to feed you until it hurts, and that’s a great thing in a city that treats dining out like a competitive sport. Heck, next time we might even go the eight courses, which with snacks will keep you in your seat for about three hours. And they’ll be very enjoyable hours, especially with a drink in hand. You can get them matched, naturally, but they also extract the good stuff via Coravin, so you don’t lose out if ordering by the glass. How considerate.

For dessert, no sugar is left unanswered by acid, no creaminess unsupported by sharpness and the results are so much fun they do it twice. The first is a yin yang where frozen raspberry kernels sit on one side of a dam of sharp-then-sweet mead vinegar custard, with a pool of strawberry consommé trapped on the other. Mix it together for a kind of high-end Weiss Bar rush. Similar tricks at different angles are found in a white chocolate mousse hiding under a disc of caramelised white chocolate, supporting a snowcapped roof of sweet, perfumed feijoa granita.

Sixpenny is a master of understatement but that doesn’t mean they leave off the flourishes. Each course is still presented by the chef who cooks it; service is so warm you wonder if you haven’t met somewhere before; and the vibe in the room is far more relaxed than the degustation price tag suggests. It’s a dining experience ripped from the pages of a glossy design magazine, but it’s not in Tokyo or Norway, it’s in an unlikely pocket of the Inner West we can visit any time we want.

2013Restaurant of the Year 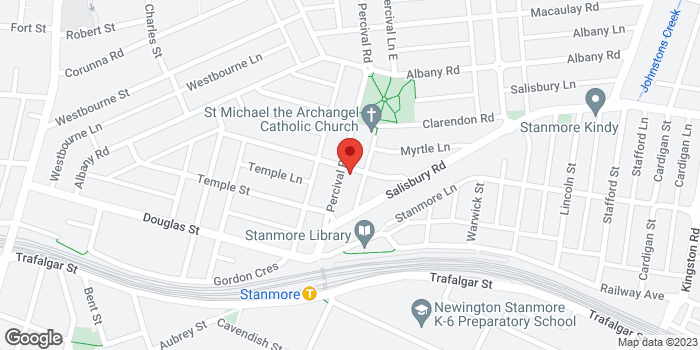