Restaurants, Cafés Paddington
3 out of 5 stars 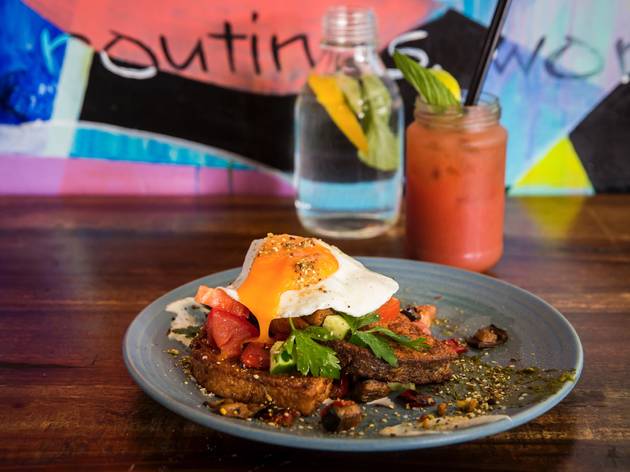 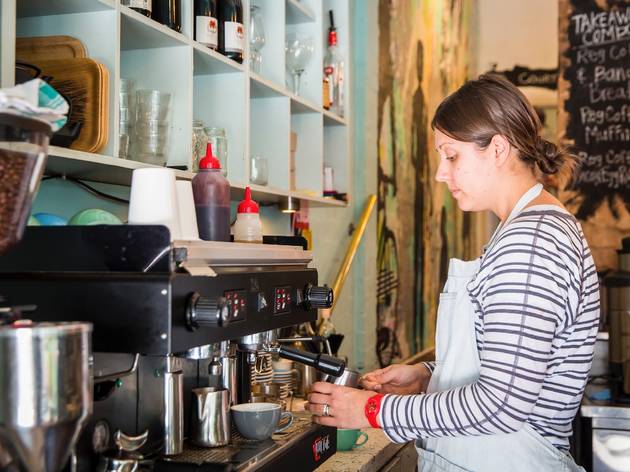 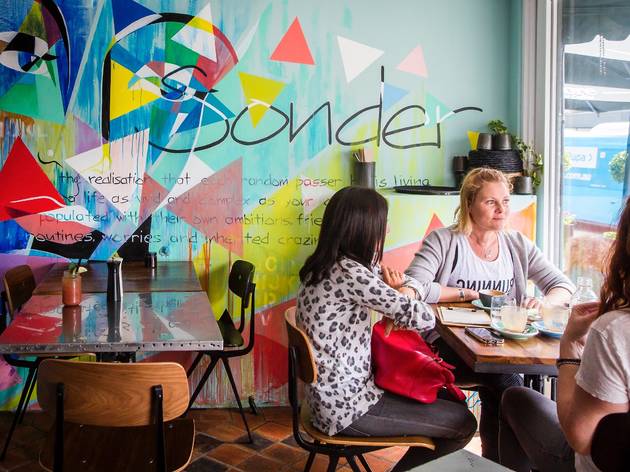 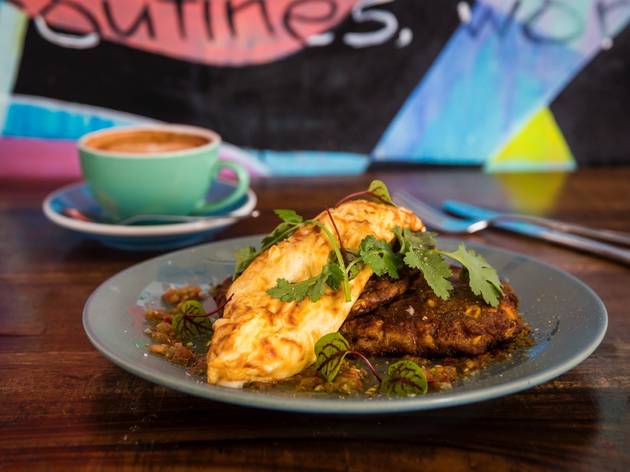 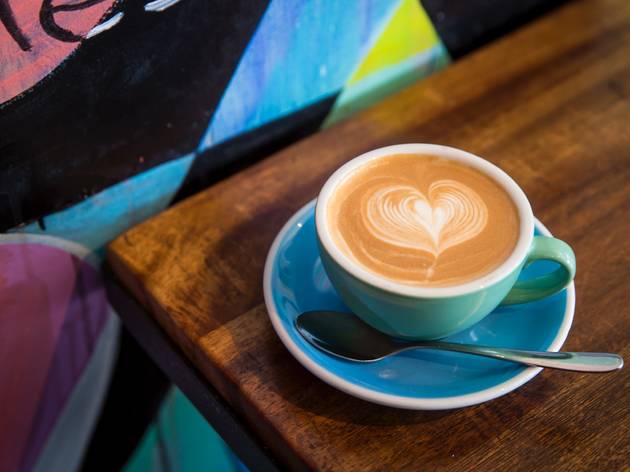 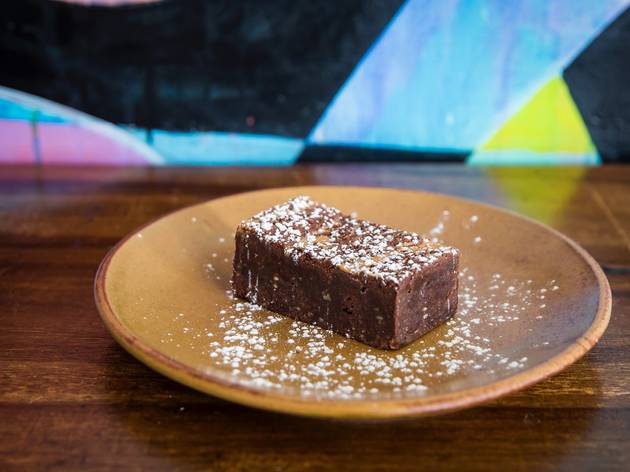 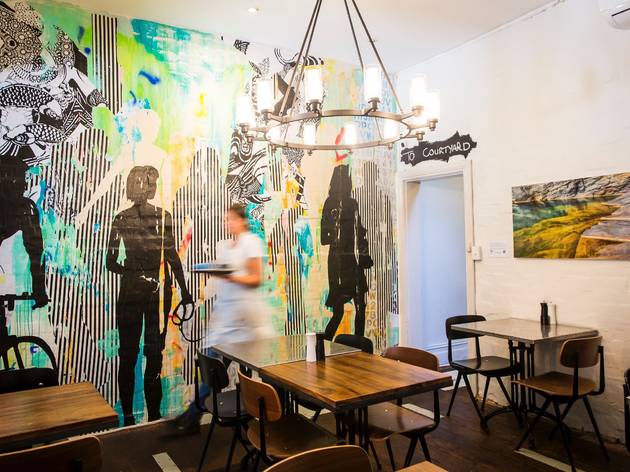 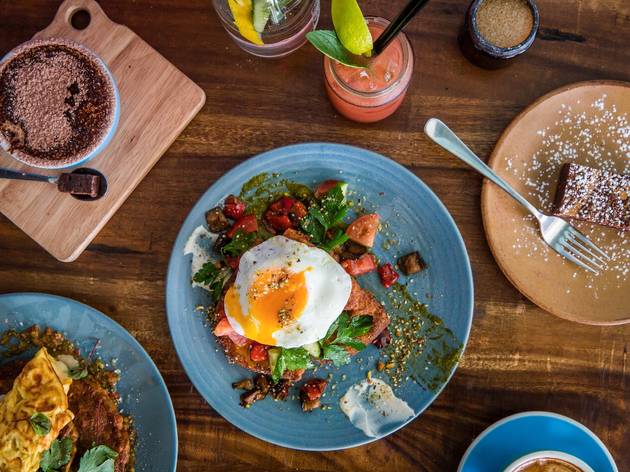 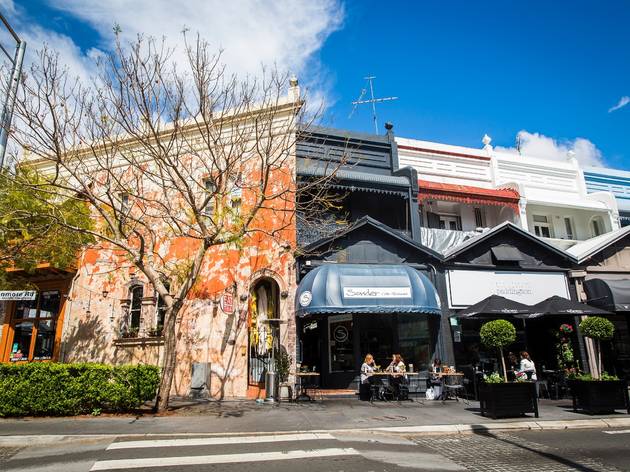 On Sonder café’s website, the word ‘sonder’ is defined as: “The realisation that each random passerby is living a life as vivid and complex as your own, populated with their own ambitions, friends, routines, worries and inherited craziness.” It’s a sentiment we like, and we like this café too, but we’re not sure it translates to the experience we have on the day.

You’ll want to grab a seat in the sun if the weather’s good, because sitting outside a café at Five Ways is a Sydney luxury everybody should experience at least once. You could be in France, Italy or even London’s Chelsea; it’s that pretty around here.

We order the eggy bread and are astounded by how great it works as a savoury dish. Here it's topped with a soft fried egg, caramelised eggplant and a crunchy salad of tomatoes and cucumber. A slick of yoghurt keeps things fresh, and herby zhoug sauce adds a hit of heat.

The corn fritters seem good in theory: hulking and spiked with cumin, dressed with lemon cheeks and a mild chilli salsa, with a Taleggio omelette on top. But when it arrives, although the omelette is cooked beautifully, the Taleggio cheese tastes remarkably rank: like ammonia – which is not normal for this comparatively mild-tasting cheese. We tell our waitress and she suggests we don’t like it because it’s a strong flavour (not so – it's probably not dangerous, but it is off), and then doesn’t come back to give feedback after we request the chef taste it. It stays on the bill. So much for "sonder".

The brownie though, is good. It is unashamedly, absolutely a brownie – not a sponge, cake, black bean or sweet potato alternative – and that means lots of butter, lots of fat, and lots of chocolate. It’s swirled with peanut butter and served warm so that when you cut into it, it falls apart, wet and moussey, on the plate.

Pair it with the hot chocolate for the ultimate chocolate fix. It already comes with a teeny tiny piece of brownie on the saucer but it’s only going to make you want a bigger dose. The hot choc is pretty sweet – like a melted Mars Bar in a cup, and who wouldn’t want to eat that? But go a Double Roasters coffee for something altogether more acidic and refreshing.

But really you’re here for the vibe, and maybe a look around the shops after a leisurely brekky. Paddington is that sort of place. Just don’t mention the cheese.