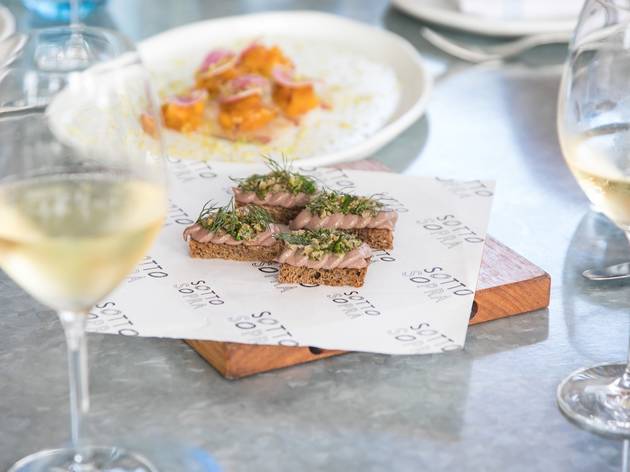 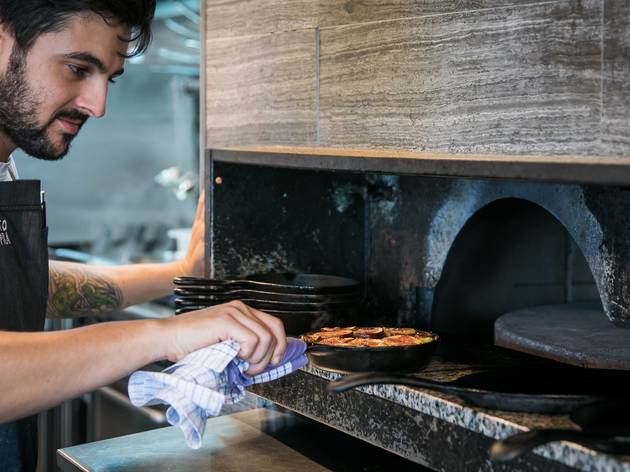 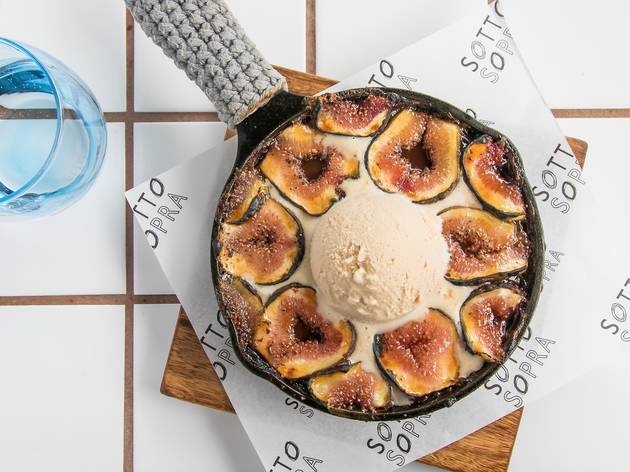 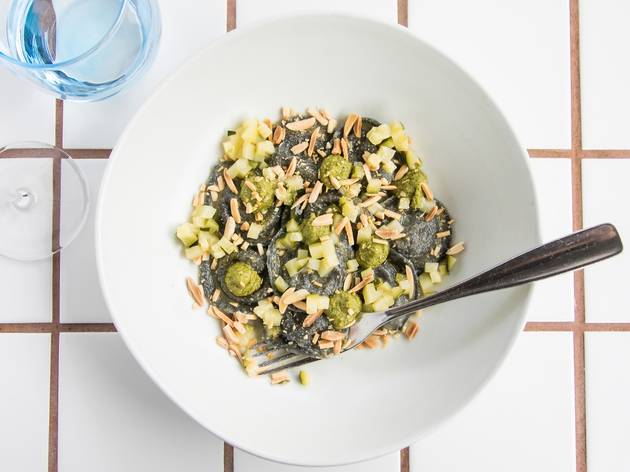 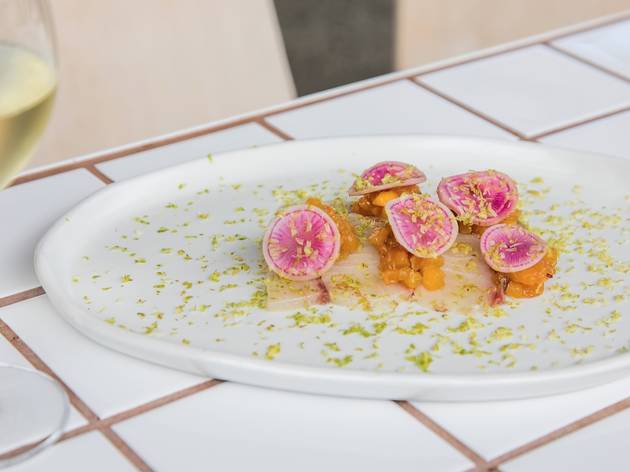 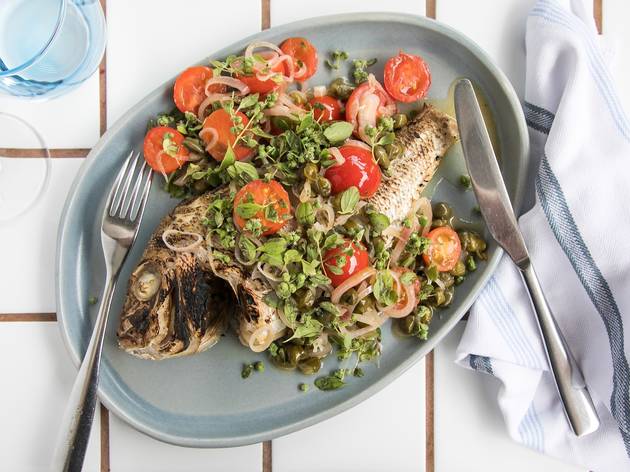 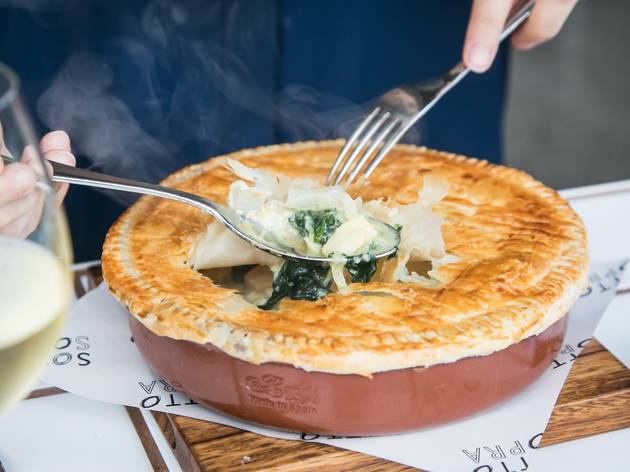 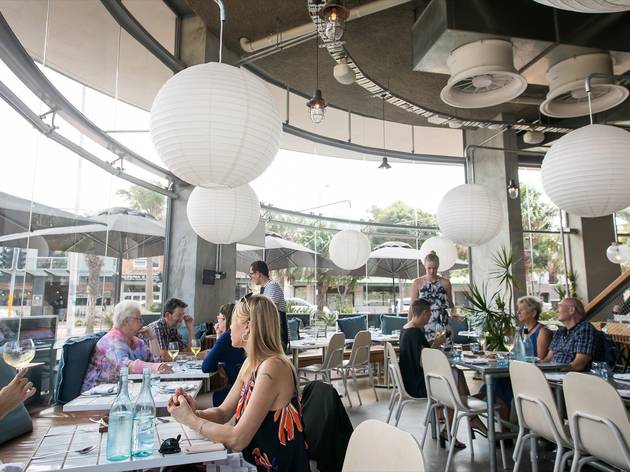 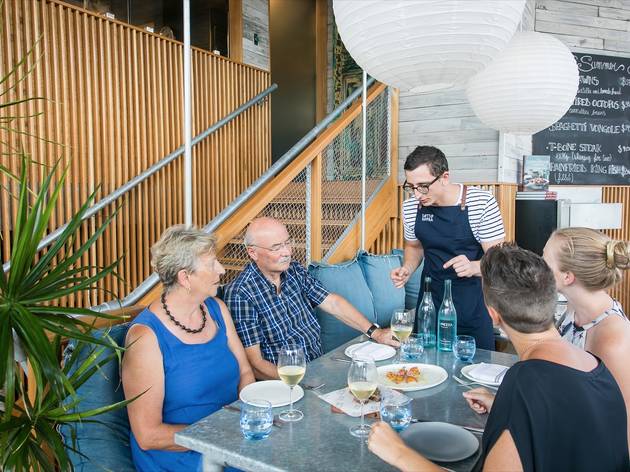 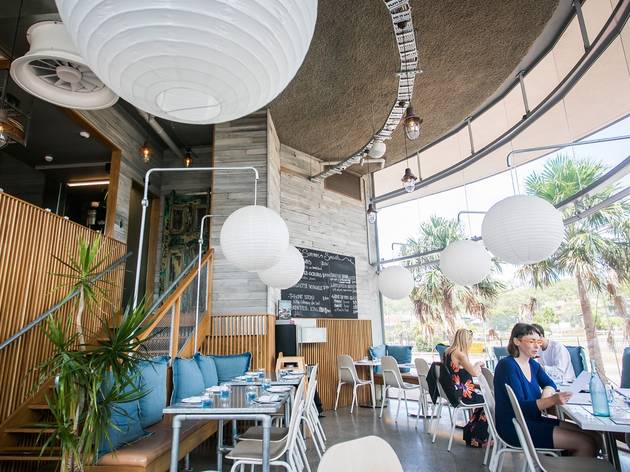 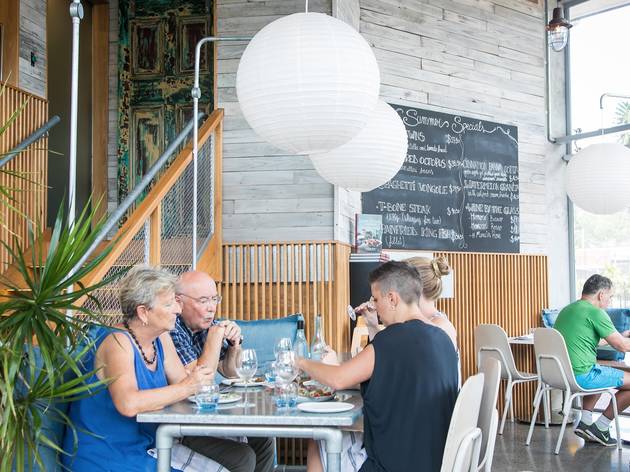 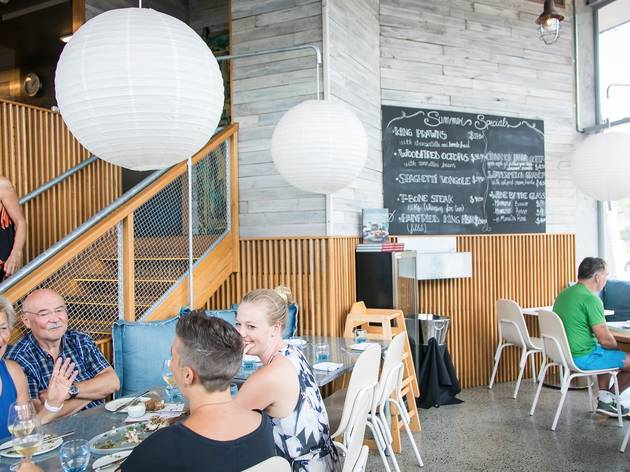 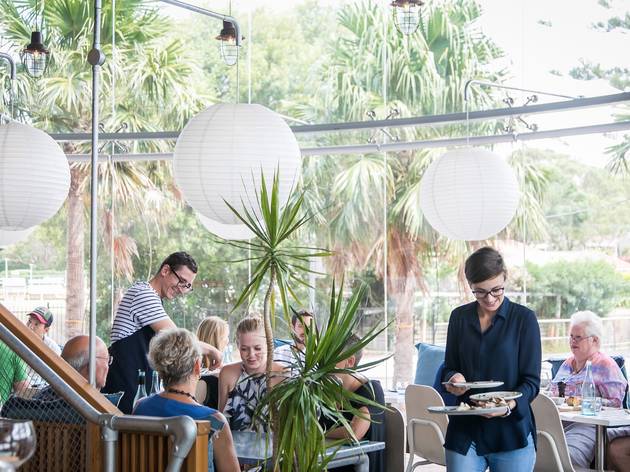 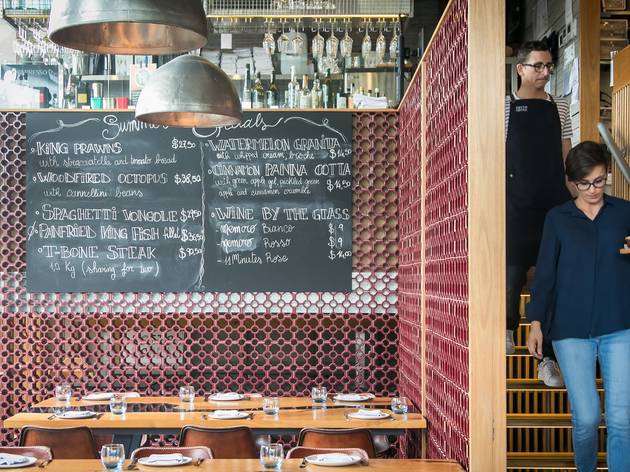 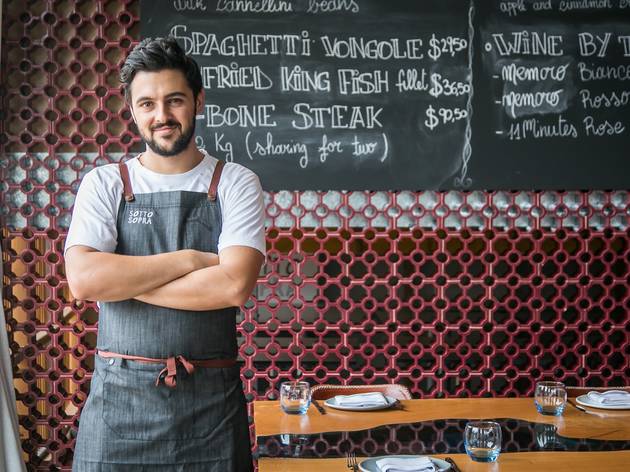 Newport has a certain look, which involves whitest whites, honey timbers and gentle blues (ideally stripes) to remind you that the sea is never far away. And while the glassed-in dining room on thundering Barrenjoey Road adheres to this strict dress code, underneath the coastal minimalism beats the heart of a rustic trattoria where spaghetti vongole is only ever taken off the list when the little clams need more maturation time. On those odd occasions prawns and mussels take their place in a tangle of parsley and tomato and lemon.

They also make a fish pie that arrives as a giant golden moon of perfect pastry that you need to shatter in order to access the wells of seriously salty cod, spinach, potato and cream underneath. It’s the kind of dish you’d expect a Mediterranean fisherman to request before a particularly arduous deep-sea journey – it’ll keep you going for days.

In among all this hearty sustenance there are small bites that get big cheers, like the deafeningly crunchy rye brickettes topped with chicken liver parfait with the right amount of diced caper, red onion and fresh dill on top. And while housemade ravioli parcels of cauliflower with smoked eel, shavings of black olive, and an almost curd-like lime butter capture the flavour of winter by the sea, they also stretch the definition of al dente with pasta casings that could have used more time in hot water.

Make sure you manipulate the results of your scissors-paper-rock game to see who is the designated driver, because your deviousness will be rewarded at the expensive end of things with the Casale from Trebbiano that looks like melted amber with a upright tannin backbone for extra dry grip. At $23 a glass, it’d want to be this good. For the cheaper seats, there’s lots of easy drinking points in the nine-dollar Sangiovese Syrah blend made for the Ormeggio Group, which includes Ormeggio at the Spit, Chiosco and Via Alta. And if you want to feel like summer is still here, order a Limoncello Spritz that tastes like a melted Callipo with the restorative powers of condensed sunshine.

We like that in among the classic continental fare, chef Mattia Rossi isn’t afraid to get a bit loose with the rules. A tagliolini (a cousin to spaghetti and tagliatelle) comes served with a salty duck ragù and peas, which together manages to remind us of a roast dinner and also a little of a meat pie floater. Fun.

It doesn’t hurt that service is warm and friendly in a way that makes you want to be a regular, and they have a lot of those, helped by the addition of a kids’ menu, because this isn’t exactly cheap eating. But it is the kind of quality carbs we rely on to get through the cold months until the seasons for granita and brioche are upon us again. Conveniently they serve that too.