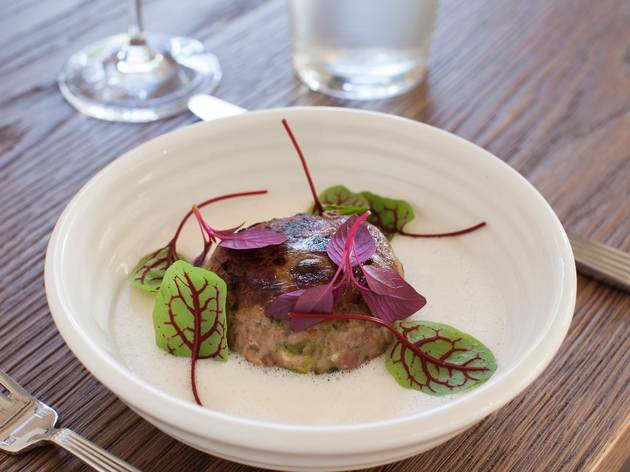 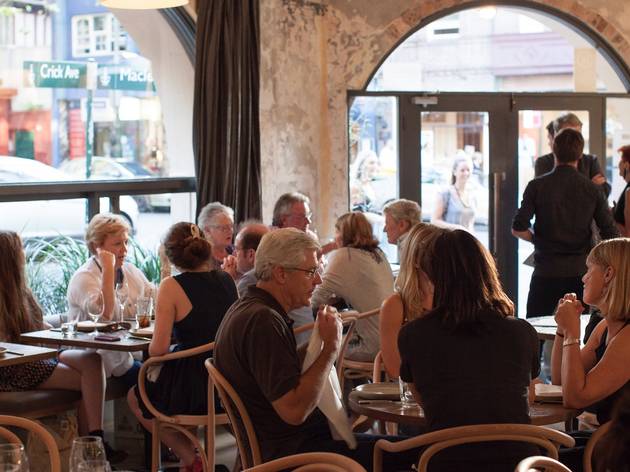 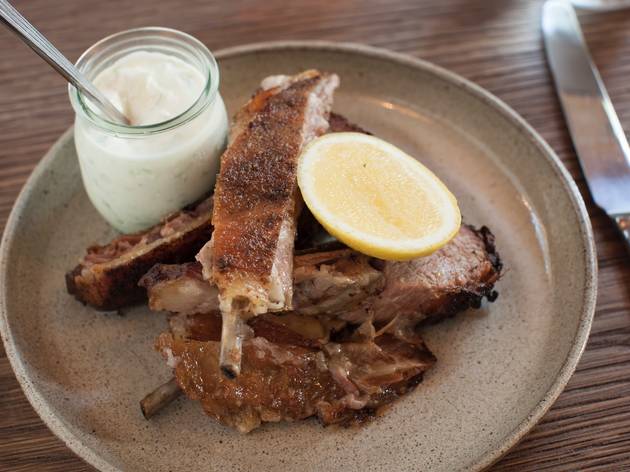 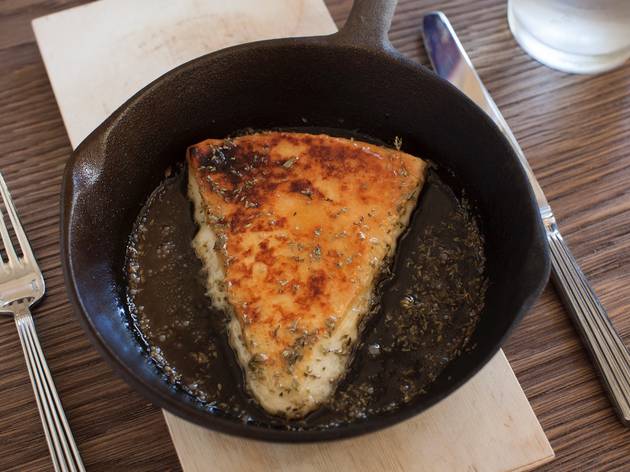 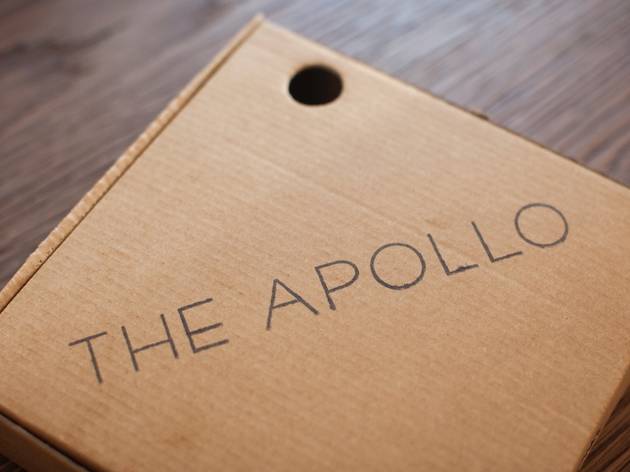 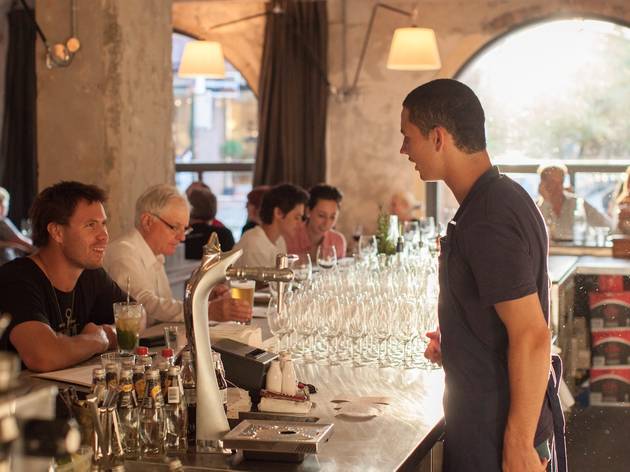 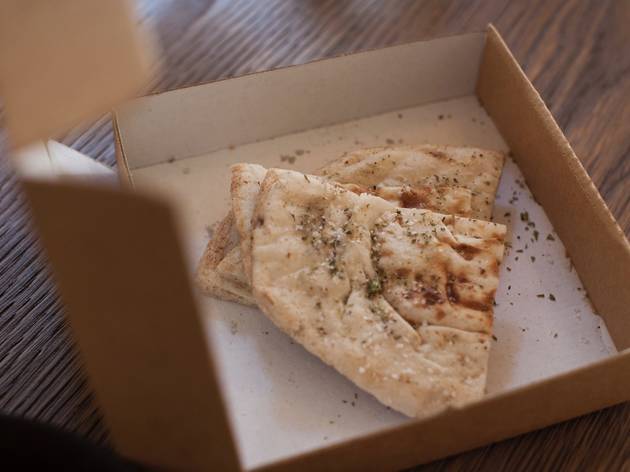 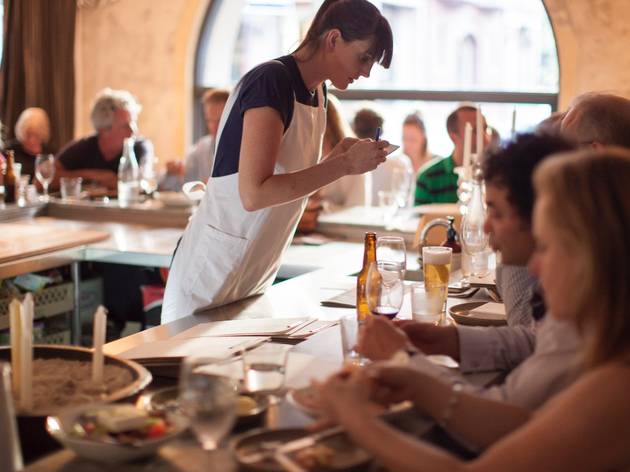 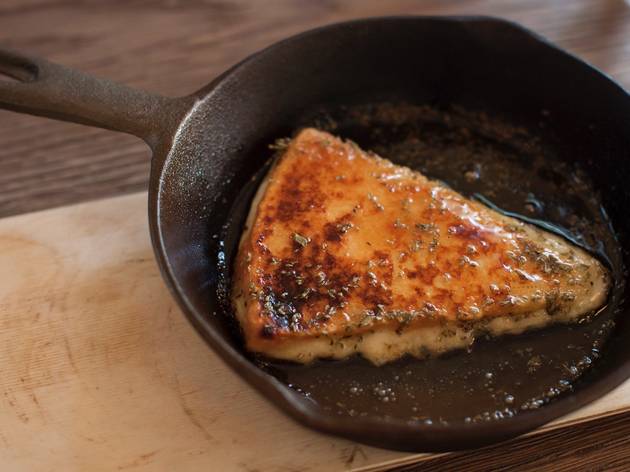 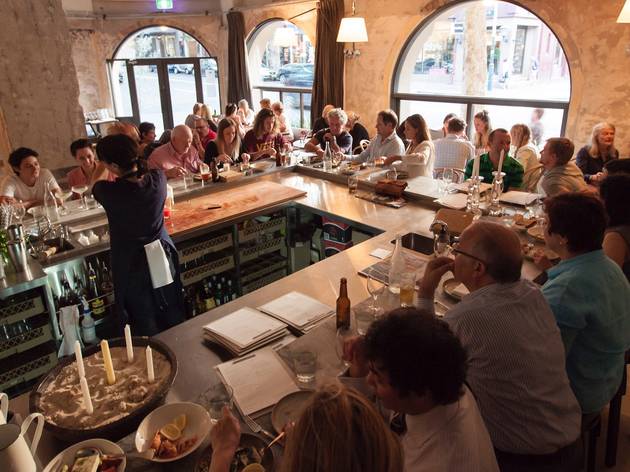 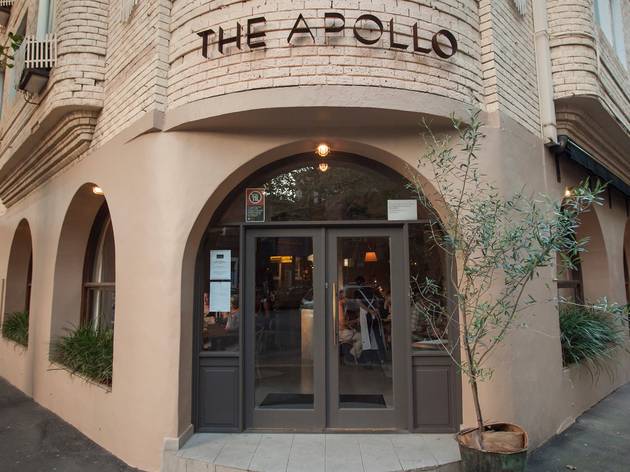 Jonathan Barthelmess has long been one of Time Out’s favourite chefs. We sang his praises back at Coast in 2008/2009 when he was doing his elegant, restrained Italian food and then again when he opened Manly Pavilion. He’s back on the mainland now, doing Greek food. And we couldn’t be happier.

Barthelmess has opened this new joint with fellow Greek Sam Christie – the man behind mod-Thai restaurant Longrain, Cho Cho San and Subcontinental. And while Christie is still juggling vodka stick drinks and egg-nets, he’s now also serving up veal and sweetbread meatballs and plates of fried saganaki. Don’t expect to see guys wearing pom pom slippers or playing violently enthusiastic bouzouki – owners Barthelmess and Christie don’t wear their Greek on their sleeve like that. But do expect family-style dining with big plates of food and whole fish aimed to share around the table.

Now, we’ve eaten the whole menu. And here are the things we can tell you: don’t order everything, as much as you’ll want to. You will leave Apollo uncomfortably full. Instead, do the Full Greek for just $60 a person – it’s all the stuff you’ll want to order off the menu and exactly the right amount to eat.

Start with the taramasalata – a dip of mullet roe and yoghurt – with house-made pita bread points served warm in a little pizza box. There’ll be pickles and olives and then out comes the Greek salad with a big slice of fetta laid over the top of chunks of cucumber, tomato, red onion and finely chopped oregano. And then there’s the crowning glory – the big bowl of sticky roast lamb ribs with a side of lemony roast potatoes. If you’ve managed to not eat all the pickles on the table, this is the time to revisit them and cut some of the richness of the lamb, which you might also like to temper with a decent blob of tzatziki.

Finish up with fine filo pastry cigars filled with a mix of chopped walnuts, honey and olive oil. They’re served with a splodge of coffee flavoured cream. Order an ouzo on the side, or maybe the refreshing chunks of watermelon covered in fine shavings of ouzo flavoured granita instead. Wine-wise, it’s not all Greek to us, but it certainly comes close. There are five whites, five reds, one sparkling, one rosé and three dessert on offer as well as Craft Red Ale and Craft Athens beers – all from around Greece - not to mention three types of ouzo.

Personally, we like to sit up at the big marble bar to eat and drink – it’s a bit more comfortable and you can look at the whole room, filled with Potts Point regulars (the table next to us has been to the restaurant three times in a week). It can get a little loud, as the surfaces are a beautiful rough-and-raw concrete and low lighting means unless you’re a possum you’re likely to squint. But it’s nothing a Ya Ya’s Moustache (Greek brandy, bitters with an ouzo wash) can’t fix.

PS notice the way we haven’t made a single ‘food of the gods’ or ‘we predict great things’ or ‘next stop Mount Olympus for this bright young chef’ jape? Well, we’re not going to – we’re classier than that, Sydney. Shame on you.