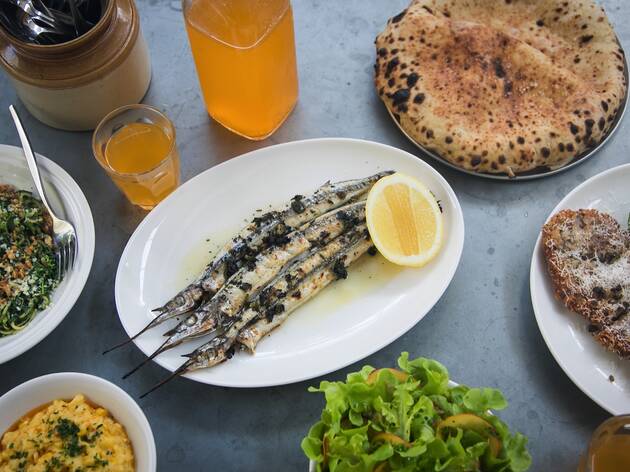 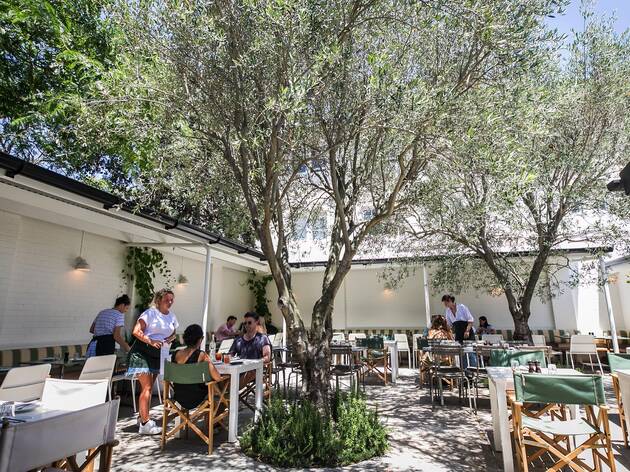 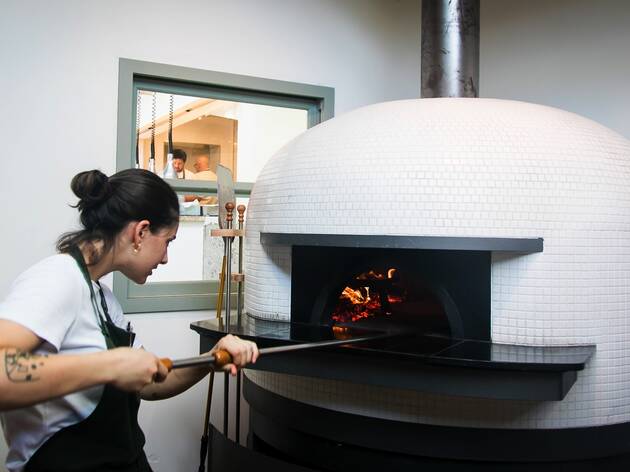 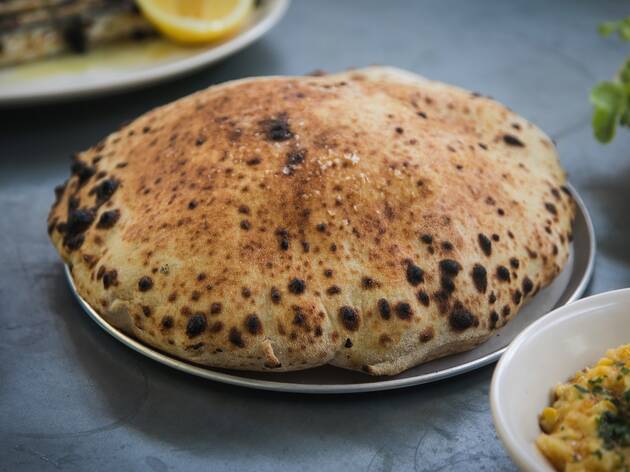 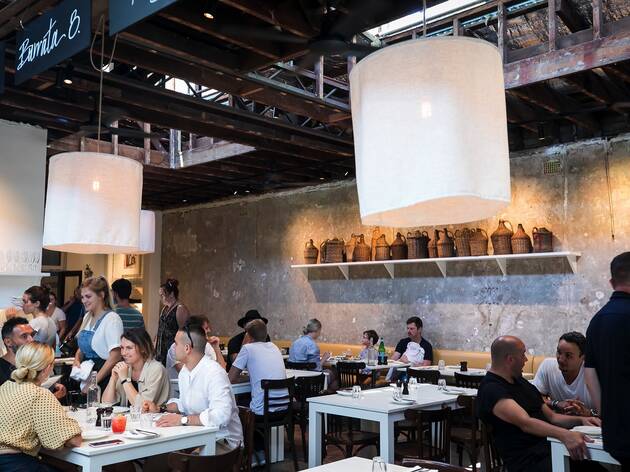 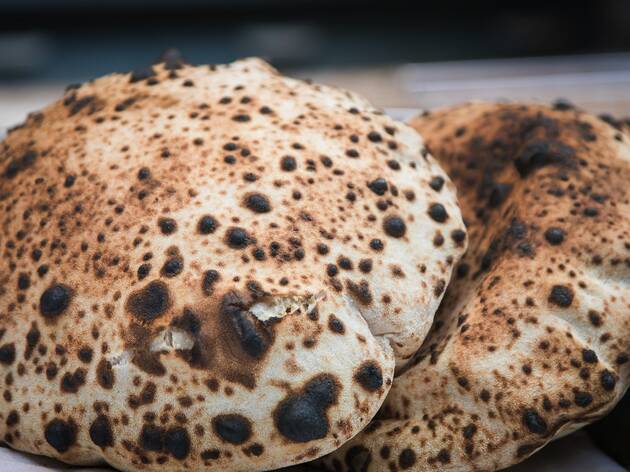 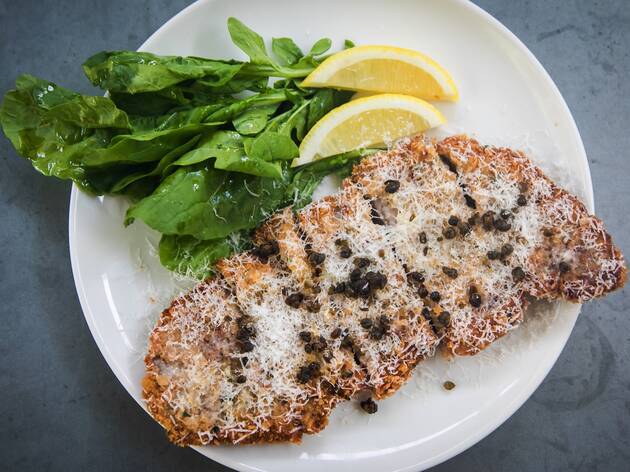 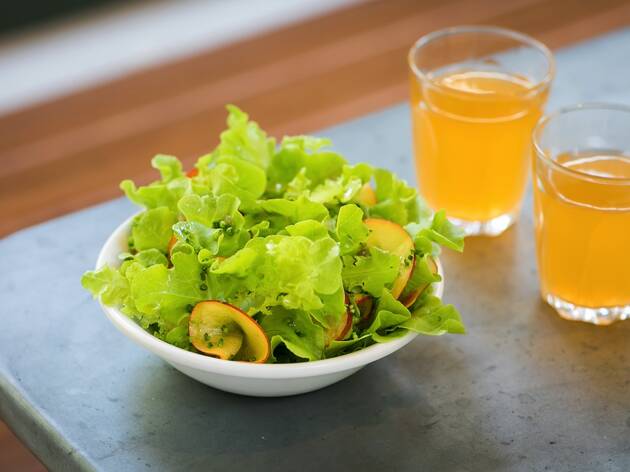 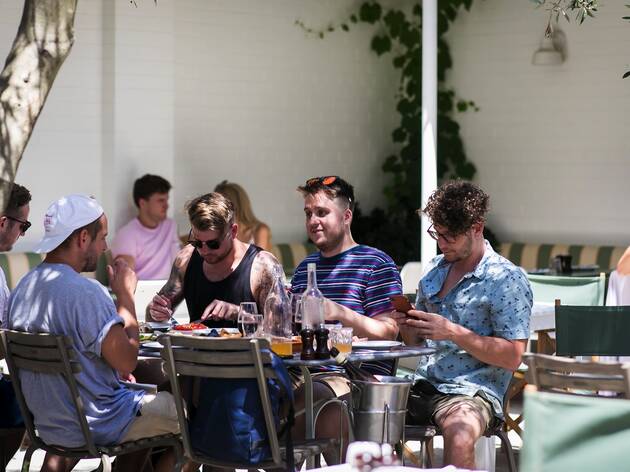 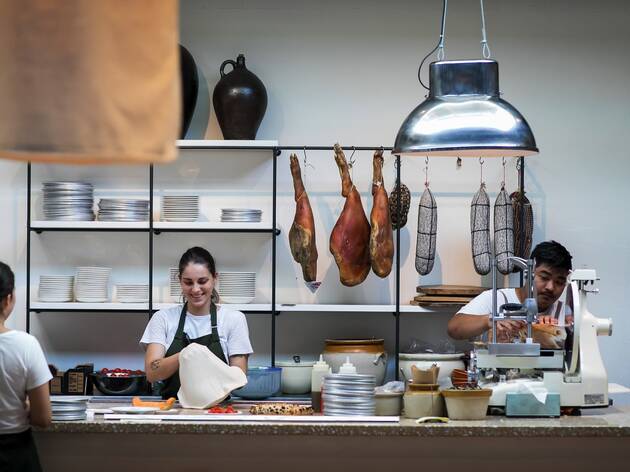 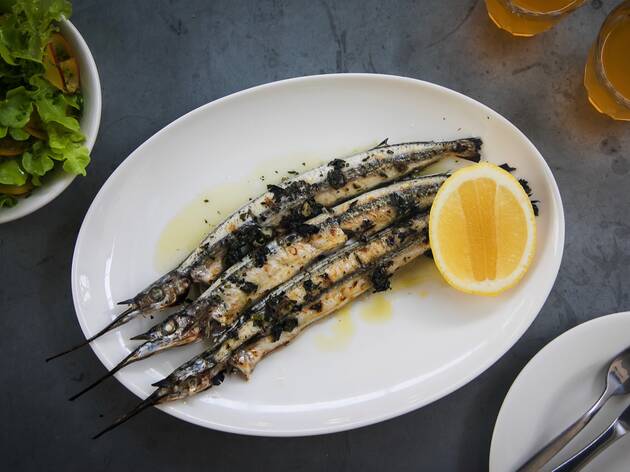 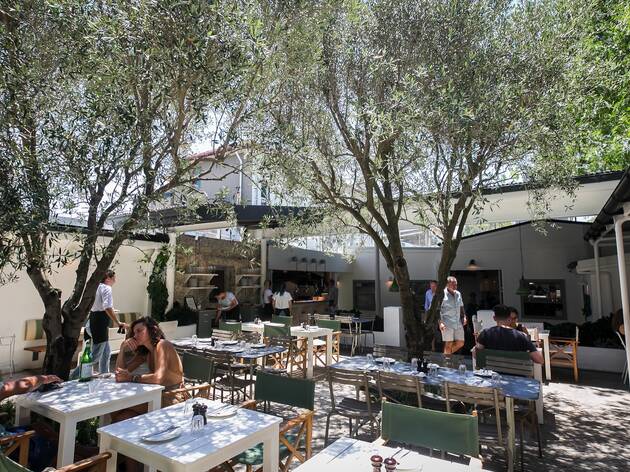 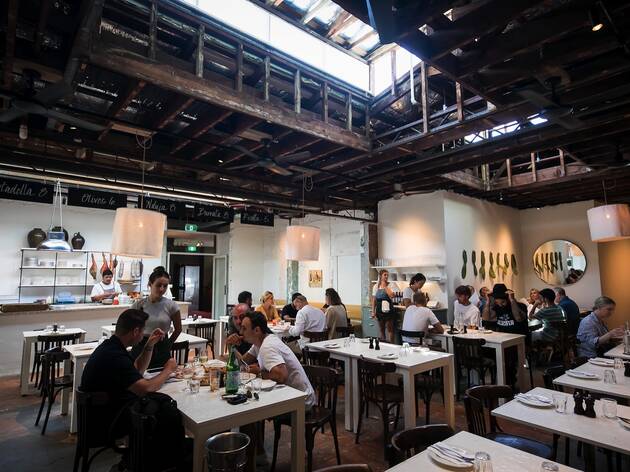 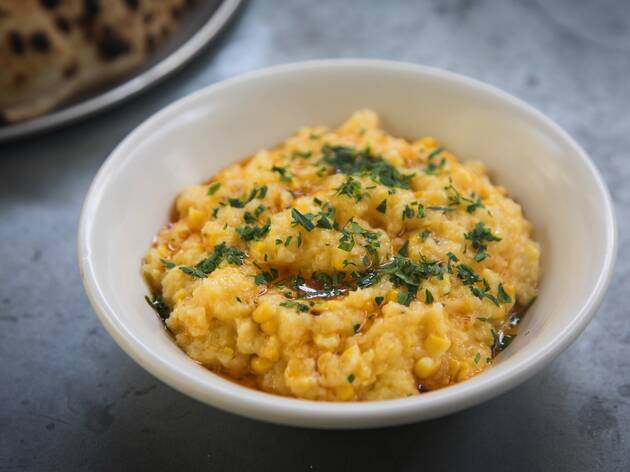 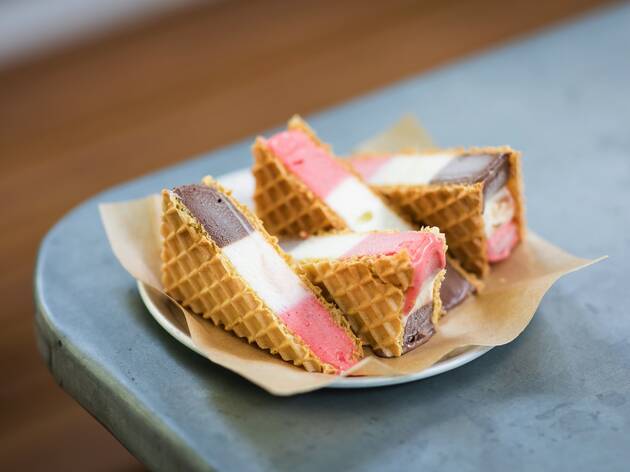 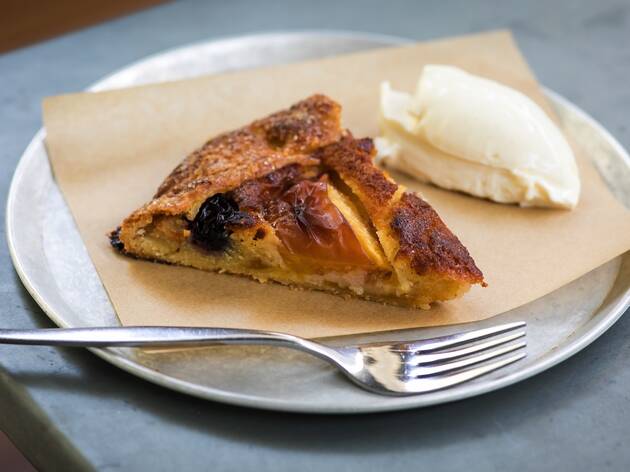 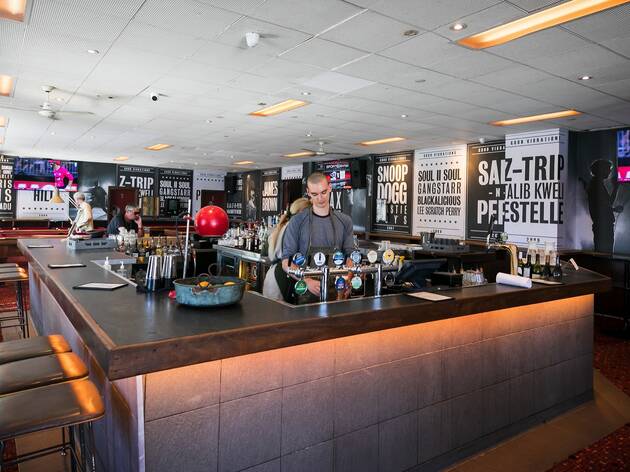 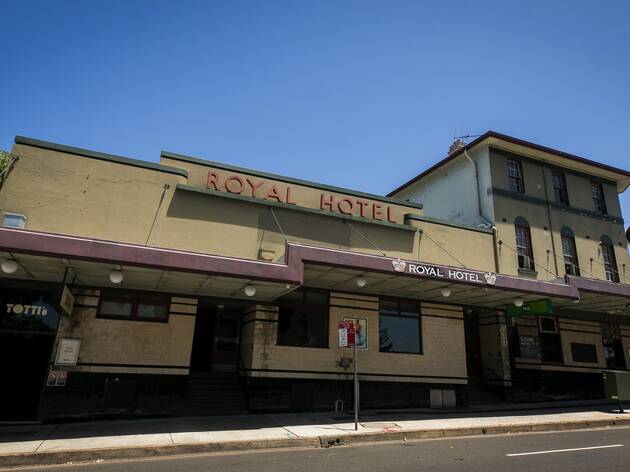 They might share ancestral DNA, but the latest chic Italian diner inside an old pub is no dirty disco. Don your whitest whites for Bondi’s hottest lunch scene

Bondi’s latest scene is an Italian restaurant tucked inside an old pub like some sort of dining hermit crab, but Totti’s is an entirely different beast to Mike Eggert’s Mr Liquors Dirty Italian Disco, the short-lived party pop-up in a drive-through bottle shop in Mascot from which this has evolved. You can bypass the red felt pool tables and airy public bar of the Hotel Bondi entirely thanks to a direct side entrance. Out here in the sunny, white courtyard, beneath the skinny branches of two olive trees, Bondi’s most stylish gather for long lunches (oh look, it’s the Preatures).

Eggert has joined forces with chef Khan Danis, who is bringing his years behind the Rockpool woodfired grill to bear on a menu of whole garfish fish, barramundi fillets, minute steaks and a protein heavyweight, 800g rib-eye. This is a place where even the quickest side glance at a nearby table will have you thinking you should also add a bronze veal schnitzel peppered with capers and big salt flakes to your already crammed tabletop – everything arrives all at once here.

Come for a languid snack safari that might kick off with flaming orange ’nduja, burrata, and melon; move seamlessly to a nectarine, chive and butter lettuce salad; and then without even a moment to consider the season, dive into a dish of polenta spiked with sweet corn kernels and tinted with a slick of chilli oil. Segmented roma beans are no green reprieve, but rather a carrier for something akin to a romesco, but with more meaty heft and spice. Whatever you do, order puffy discs of woodfired bread to mop up all the garlicy, salty remainders from every plate before they’re cleared.

A lamb ragù is a best seller even in the height of summer, but linguine works double time on the meat-free front, dressed in a full flavour arsenal of spinach, roast onion, garlic, capers, oregano, rosemary and thyme, plus more fresh soft herbs, lemon juice, olive oil, pecorino and walnut pangrattato in a ratio that almost reaches one-to-one on pasta to sauce. It’s the salve to every disappointing pesto pasta you’ve ever suffered through.

Order wine; order a bottle. It’s the kind of place you won’t want to hurry from, and the bus stop is right outside. They also serve carafes of orange cordial for three bucks and we can’t think of a more delicious way to beat the heat than with a litre of pure, Cottee’s-coloured nostalgia taken between sips of the smashable Clementine ‘De La Mer’ from Orange, NSW.

You don’t come to Totti’s for complicated dining; you come to feel like you’re in a Martha Stewart holiday shoot for the kind of casual Italian entertaining that one can never truly emulate at home. Nothing on the menu boasts more than three core ingredients (unless you count the wafer surrounding your Neapolitan ice-cream sandwich), but they’re nailing the understated luxe that characterises food you will happily eat on repeat visits.