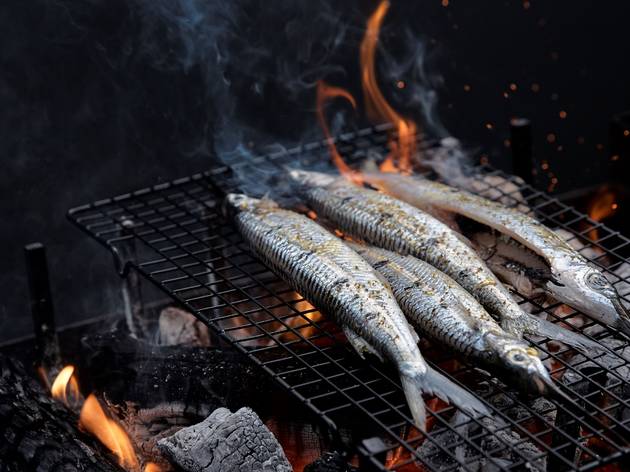 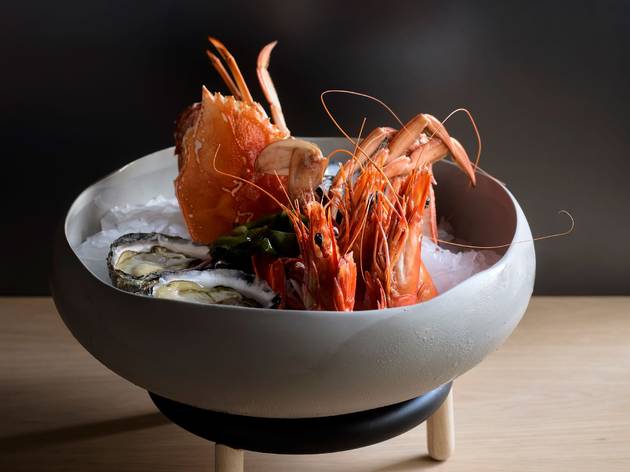 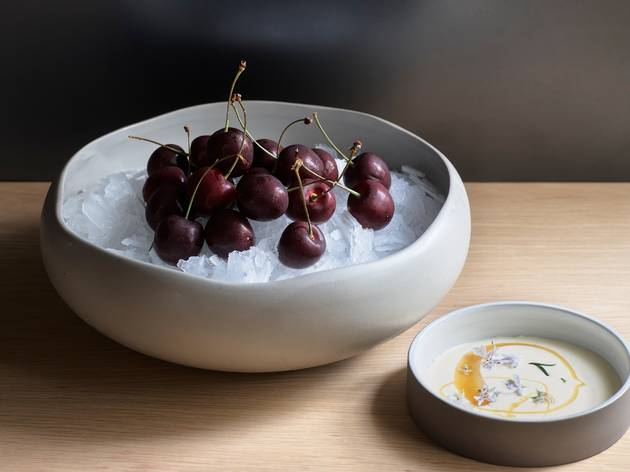 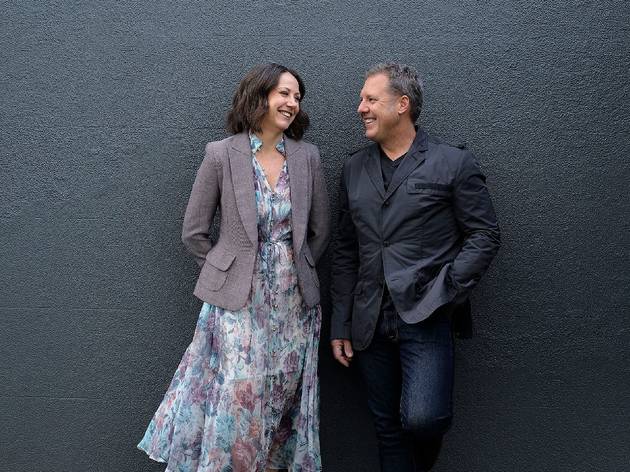 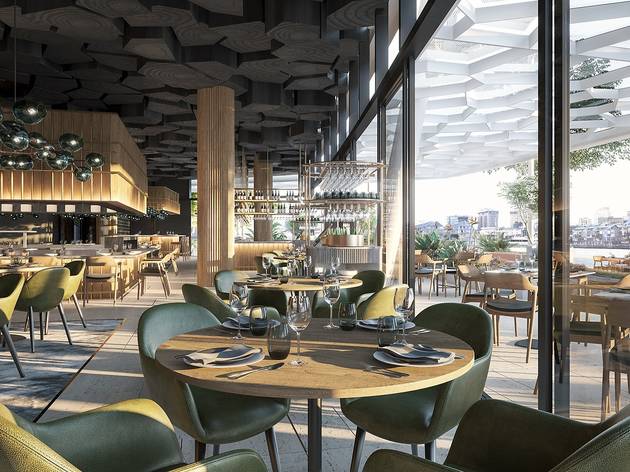 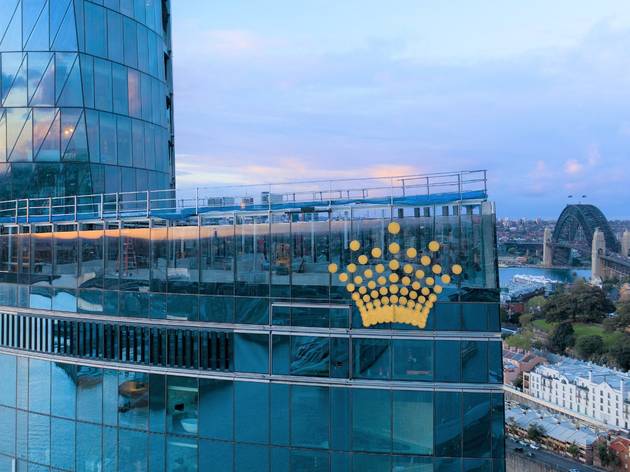 Fire, smoke, ice and steam. It sounds like it’s out of a George RR Martin novel, but actually, it refers to the four dedicated open kitchens that husband and wife restauranteurs Ross and Sunny Lusted have installed in the middle of their sprawling eatery Woodcut.

While the Lusteds have been in the hospitality business for many years – they closed the beloved Bridge Room in 2019 to sharpen their focus on the project – they’ve never had the chance to dream quite as big as they have with Woodcut. Hugging the Barangaroo waterfront, it’s a modern Australian dining experience with a focus on spectacle. And it’s been a long time coming.

“While we’ve actually been planning the restaurant for three years, it’s been a work in progress for about 15,” says Ross Lusted.

Each of Woodcut’s fire, smoke, steam and ice kitchens is positioned such that the method of cookery informs every decision that follows it: how the guests, seated around the kitchens on bar stools, can view the culinary action; the décor that finishes it; the implements decking out each one (the pressurised steam kettles are imported from the US, the cast-iron pans were fashioned from historical moulds dug out of storage and recast at the Lusteds' behest).

The kitchens are also designed to promote a fluidity between the physical spaces of chef and diner. No longer is the guest in the dining hall while the chef wipes their brow in the sweltering kitchen. At Woodcut, it’s all about elevated counter seating and tables set around the kitchens – a step up on the recent trend of kitchen windows.

“It’s a great opportunity for chefs to interact, to see what they’ve created is received. Here, there’s no back of house,” says Ross Lusted. “It’s all open for everyone.”

Minutiae is elevated to high stakes: the gidgee heartwood of a steak knife, carved by an acquaintance’s hairdresser son, is as important as the design of a large-scale foyer artwork. Brass knobs are painstakingly chosen.

“You sort of forget that there’s a woman in South Australia blowing glass trees for us,” says Ross.

When considering the kind of food they would serve, the Lusteds dug back through their histories. Solid fuel cooking, with its focus on the visual and the theatrical, held a recurring appeal for the couple – from Ross’s South African background and the foods he ate in childhood to the travels that have taken them all around the world.

But obviously, because we’re opening a restaurant in the Crown, and it’s the Lusteds, ’rudimentary’ takes on a different meaning than it otherwise might. The essence of fuel cooking might be basic, but its iteration at Woodcut is not: across the kitchens, there’s a wood oven, a Japanese grill, wood-burning grills, römertopfs (a kind of German clay pot), and a series of pressurised steam kettles. And that’s not even counting the ‘ice’ component.