Whether you’re picking up pickled onions or rushing out for rhubarb jam, you can shop for speciality food and items from the deli counter at these upmarket providores. The neighbourhood establishments don’t mind if you’re stocking up for a dinner party or just looking for a bag of limes. They don’t discriminate on price as all eight providores have no minimum spend on card purchases. 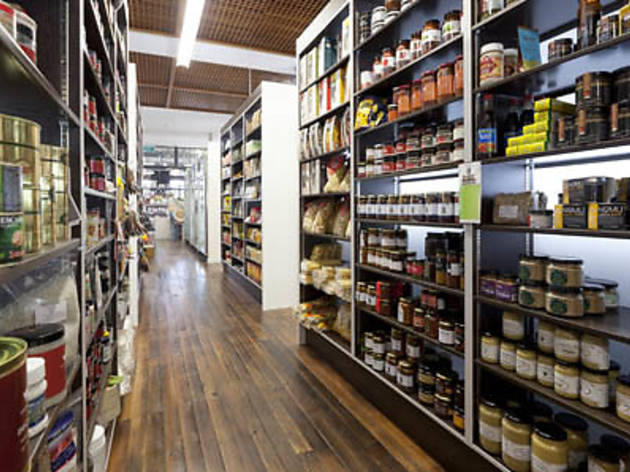 Look into the Essential Ingredient’s windows from the street and you’ll only see a fraction of what the shop has to offer. It looks like a cookware and cookbook store from the curb. Wander in and find a shop that also stocks a deep archive of speciality food items, sandwiched in the internal aisles between the cookware, cookbooks, upfront and Portuguese ceramics, Spanish paella pans and high-end Dutch ovens in back. The most obscure item is no match for them – from sachets of Spanish squid ink for your next risotto to authentic Mexican blue-corn tortillas for your next taco night. Befuddled by what to do with some of their more exotic ingredients? Join a class at their cooking school to learn how to put them to use.
Read more
2 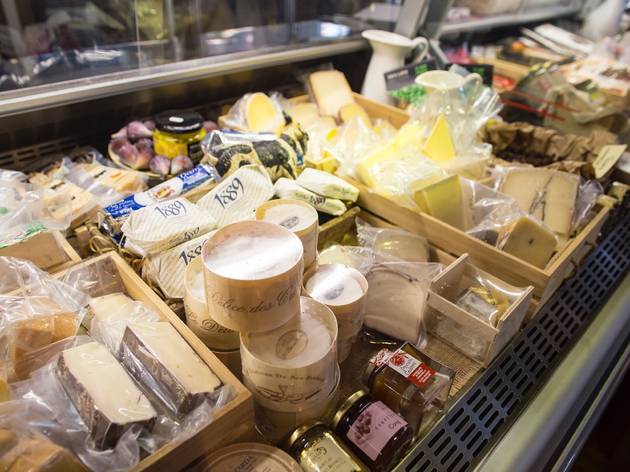 Photograph: Robert Polmear
The first detail you’ll learn about Gourmet Life is that they have parking out back. They have a giant sign telling you so, as the store is situated on a less-than accessible stretch of New South Head Road. You’ve likely flown by it in your car without so much as a second glance. Yet, poor curb appeal belies the culinary riches within. Gourmet Life is Australia’s number one place for caviar and truffles, and retail customers can get them here at wholesale prices (mind blown). That’s because owner Josh Rea has created a shrine to delicacies from around the globe (think French herbs, high-end Italian tinned seafood, fresh European mushrooms). Plus, you can order luxe gift hampers – one that those on the receiving end will rapidly eat their way through, which can’t be said of your run-of-the-mill gift hamper.
Read more
Advertising
3 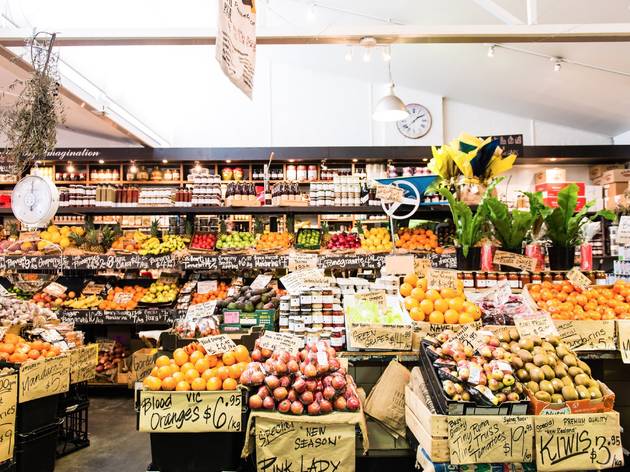 Photograph: Mitch Lui
If you’re looking for an old-school providore – a neighbourhood fixture – this is it. It’s all thanks to Peter and Annette Quattroville and their children, who’ve created a thoughtfully stocked providore in the heart of Mosman. Fresh, local produce is piled high, cured meats are freshly sliced in the deli, bunches of fragrant flowers sit ready to be taken home and arranged. The dedicated cheese room (you read that right) is famed throughout Sydney by cheese lovers for its vast yet well-curated selection from Australia and Europe. The Quattrovilles press their own unfiltered and cold-pressed extra virgin olive oil each autumn, straight from the olive groves on their Hunter Valley property, and sell it in bulk at Fourth Village. They also sell house-made sell jams, condiments, salad dressings and pickled vegetables from family recipes.
Read more
4 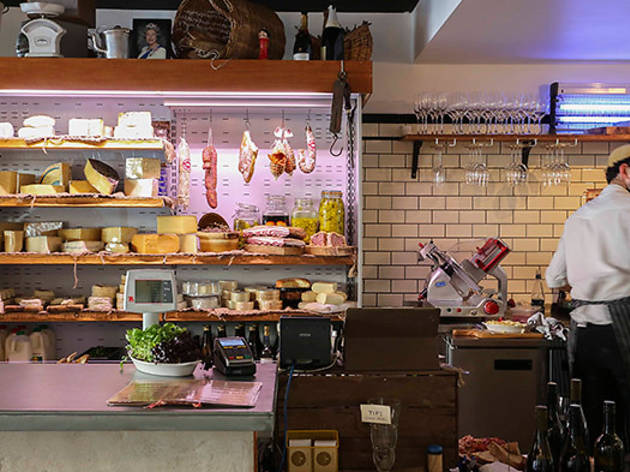 Mould never tasted so good. Here you’ll find all the trappings of a traditional cheese monger – like white subway tiles – fronted by reclaimed wooden tables and a chill hipster international soundtrack for those dining in on laden meat-and-cheese boards, oozy mac ‘n’ cheese or truffle pecorino-smothered salads. A wall-sized chalkboard displays the dozens of cheeses – both local and international – available to eat in or takeaway. The counter is the perfect place to work your way through some charcuterie, house-cured pickles and an oozing wedge of Camembert – all washed down with a glass of cider – while you wait for your order to be packaged up to take home. This place is billed as a wine bar, but they’ll sell you all of the irresistible cured and fermented goodies they serve, so you can re-create cheese nirvana in the comfort of your own kitchen too.
Read review
Advertising
5 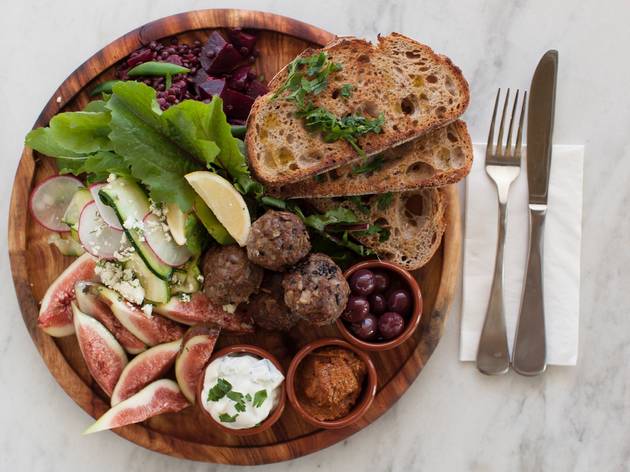 More white subway tiles, chalkboards, distressed wood, fermented goodness and chill vibes in Sydney’s Inner West. Cornersmith makes and sells everything from pickled onions to crab apple, lime and rhubarb jam, as well as runs a café that has a band of loyal regulars. Craving homemade Worcestershire sauce? They have it. Hand-crafted ketchup, hot sauce and chilli jam? They have those too. And they specialise in preserving seasonal produce, like a recent batch of ripe cumquats they got their hands on or the bushel of lemongrass gifted to them by a neighbour. Wire shelves are lined with the in-house fermenting efforts alongside locally produced goods (think honey from the rooftop beehive). You’ll find the same in the fridge. The classes – lemon preserving, how to ferment vegetables, home cheese making – will arm you with the know-how to recreate Cornersmith’s preserving perfection at home.
Read review
6 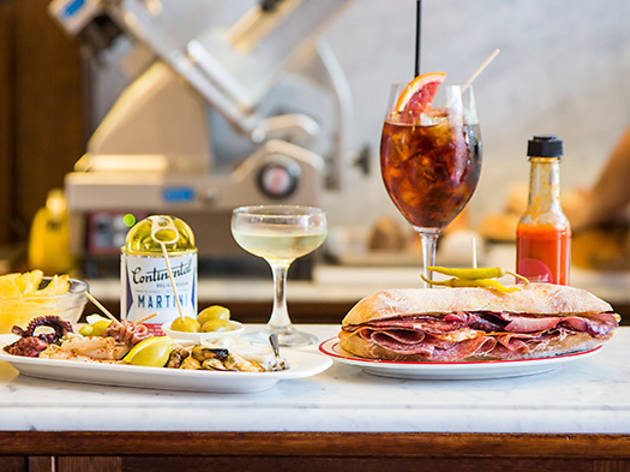 It’s not too common to find a top-notch deli inside an award-winning bar, but you will in Continental Deli Bar & Bistro. With a crack team behind it (Porteno’s Elvis Abrahanowicz and Joe Valore alongside Jesse Warkentin and Michael Nicolian), it brings old-world charm and tasty provisions to Newtown. Dark-stained wooden stools tuck under a marble bar that’s festooned with drying chillies, herbs, ropes of braided garlic and Continental cans. The counter frames a well-stocked bar that sports a glistening meat slicer, which provides patrons with melt-in-your-mouth-thin slices of charcuterie from the display case. If you didn’t know you were in Sydney, you’d think you were in Positano. Europe’s finest tinned seafood and vegetables (Ortiz, La Belle-Iloise) co-mingle with Continental’s house-made preserves, pickles and sauces, artisan loaves of bread and other staples (like local eggs) so you can shop, eat and drink – all potentially from a tin – all in one go.
Read review
Advertising
7 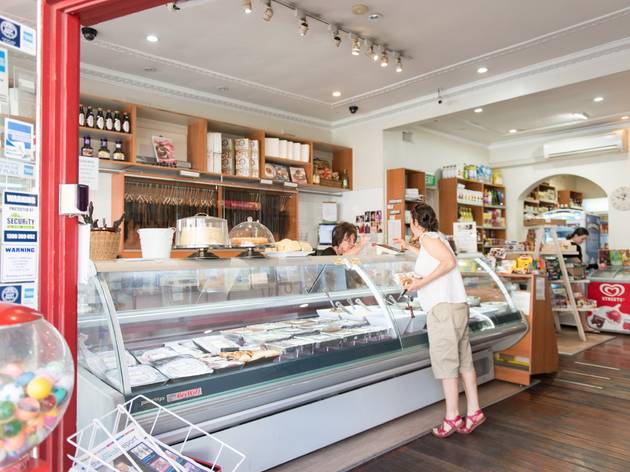 Bianca’s Deli is a rare beast, catering to both homesick South Africans and the local Jewish community. It also caters to those who simply love the fare, letting you replenish your stocks of biltong and matzo ball soup at the same time. Who knew you could do such a thing? Co-owner Brenda Gordon taught cooking in Johannesburg before coming to Sydney, where she now runs the Rose Bay deli with son-in-law Barry Borer. The biltong is housemade, which is great for the regulars, a majority of whom, says Borer, are South African. While not a fully kosher deli, the meat selection is kosher so you can buy and smoke a brisket low ‘n’ slow in good faith if that’s your fancy. They also take food and catering orders for Jewish high holidays, so be sure to get your order forms in you want Brenda’s home cooking on your table. 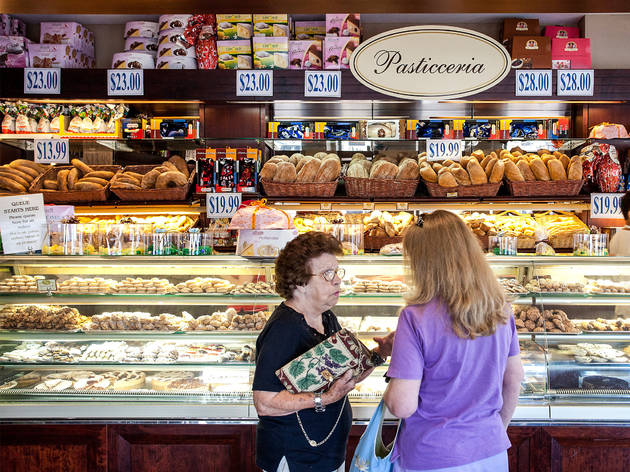 They may be known for baking up one of the city’s best cheesecakes, but if you wander over to the deli part of this Italian providore, you’ll be impressed by a seriously great selection of meats, cheeses and snacks. Order up hunks of rich gorgonzola, cacciatore salami, sharp pecorino romana, buttery green olives, bowls of ricotta and stuffed peppadew peppers. If you’re hosting a party these guys will also put together a mean charcuterie for you. Pop next door to buy some gelato or tiramisú and you’ve got a tasty Italian feast ready to go.