Jekyll and Hyde the Musical

Risky experimentation is central to Robert Louis Stevenson’s famous 1886 gothic thriller, The Strange Case of Dr Jekyll and Mr Hyde – it is also the creative impetus behind Hayes Theatre Co’s Australian premiere production of Jekyll and Hyde the Musical. Genre switches, dynamic casting choices, multiple roles, minimalism – it requires some surrender from the audience. But if you’re prepared to lay aside preconceptions, you’ll be rewarded in spades.

The very notion of staging Jekyll and Hyde inside the diminutive dimensions of the Hayes Theatre seems bonkers. The show is usually mounted with a grand late 19th century setting and costumes on par with The Phantom of the Opera or Sweeney Todd. The Hayes’ version uses a single setting – the bland, two-tone ward of the post-WWII St Jude’s Military Asylum. Yet it works – as long as you’re prepared to use some imagination.

Premiering in 1990, Jekyll and Hyde the Musical was written by Leslie Bricusse, probably best known for Willy Wonka and the Chocolate Factory, and Frank Wildhorn (whose credits include the hit song ‘Where Do Broken Hearts Go’ by Whitney Houston). Jekyll and Hyde is operatic in style, similar to the aforementioned Phantom and Sweeney Todd. Its breakout hit is ‘This is the Moment’, an anthemic ballad often sung by reality show contestants whose moment dies soon after.

Acclaimed cabaret artist/pop singer/songwriter/actor and local queer icon Brendan Maclean makes his musical theatre debut playing the lead role of Jekyll/Hyde. Mid-way through the first act you can’t help but wonder how it is possible that he has not been in a musical before this. He is just so good, and he looks so comfortable doing it.

Maclean’s wiry body and animated face bring artful physicality to a performance that is already made exceptional by his incredible voice. His transformations from the mild, properly behaved Dr Jekyll to the maniacal, frenzied Mr Hyde are effective by facial and bodily contortions alone. In one song late in the second act, he switches quickly and repeatedly from Jekyll to Hyde with freakish conviction.

Georgina Hopson comes in from the rain and away from the magnificent sweeping staircase of Opera Australia’s outdoor production of Phantom of the Opera to play the unassuming wife-to-be of Jekyll, Emma Carew. It’s not a role with much teeth, alas, eclipsed in many ways by the character Lucy Harris and the actor who plays her, Brady Peeti.

Peeti has a commanding presence, and a voice that soaks into the walls. Her character, Lucy, the main attraction at the Red Rat, a rather seedy drinking establishment, is a sex worker who encounters and falls in love with Jekyll. She is then visited by Hyde, who is not so nice. She is unaware that they are the same person. When she sings ‘No One Knows Who I Am’ there is a poignancy in the layers of meaning, perhaps drawing on Peeti’s own experience as a trans woman, that reduces the room to eerie stillness.

Madeleine Jones plays the traditionally male role of Utterson, Jekyll’s lawyer and close friend. Jones is dressed in a long, untied strait-jacket and has an impish kind of presence, similar to the “fool” characters in Shakespeare. It’s an interesting idea.

The other main characters do double time in the ensemble and almost everyone is present for many of the scenes. The musicians are on stage and also participate in the ensemble occasionally. Instruments include a keyboard, a handful of cellos, a guitar and an electric double bass. The pared down orchestration gives the score an intimate, visceral quality.

Everyone is dressed either as hospital staff or in non-combative military attire, all in combinations of dark blue, white, and a pale hospital green. It’s economical and practical for the circumstance, and an interesting creative choice – but it does make following the plot and characters a little confusing. In fact, if you are not already familiar with the details of the story, you might want to do some quick research beforehand.

As mentioned at the beginning, this production, directed by Hayden Tee, makes some risky experimental choices, and they won’t work for everyone, nor is every choice successful. But overall, it is an electrifying show with powerhouse voices. Definitely one to see. It will be interesting to see how the Hayes’ musical compares to Sydney Theatre Company’s cine-theatre take on The Strange Case of Dr Jekyll and Mr Hyde.

Jekyll and Hyde the Musical plays at the Hayes Theatre until August 27. There is a captioned performance on Thursday, August 11 at 7.30pm. 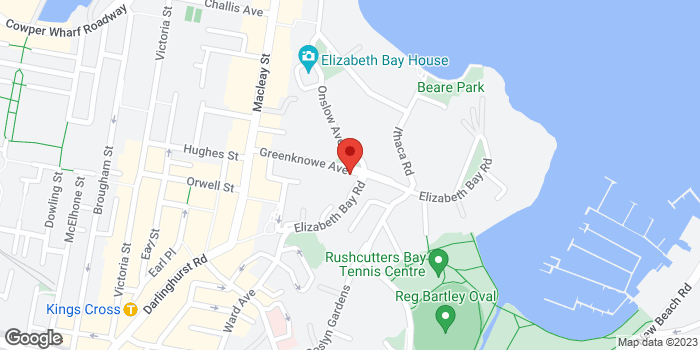