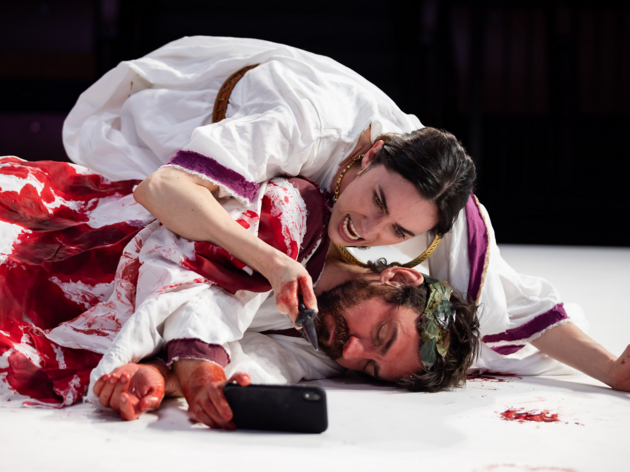 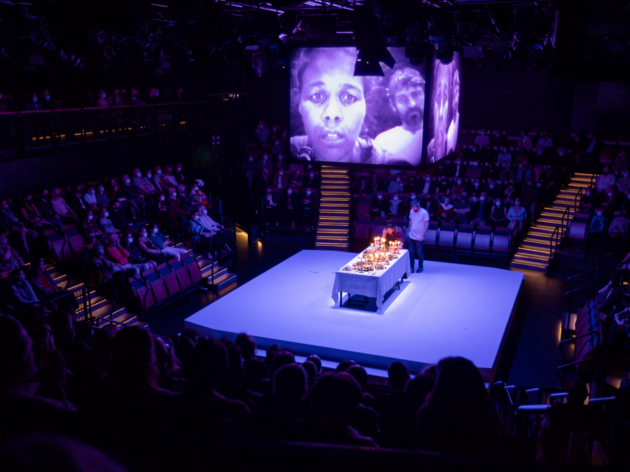 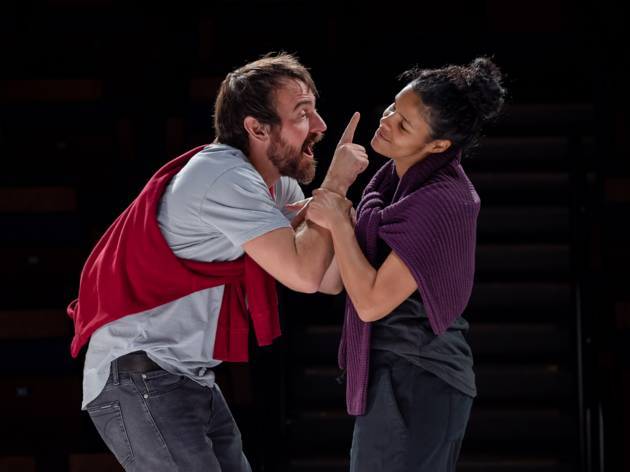 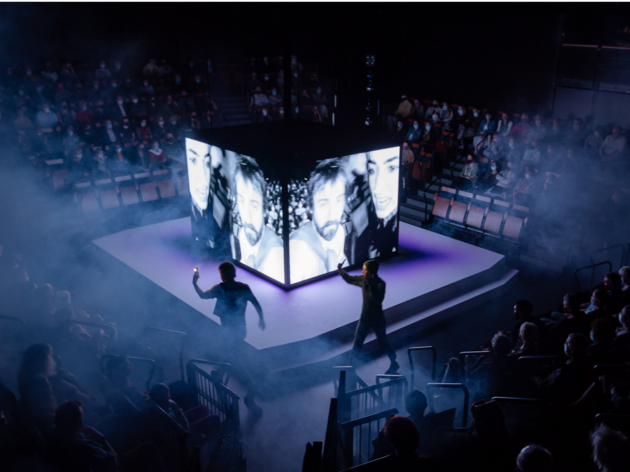 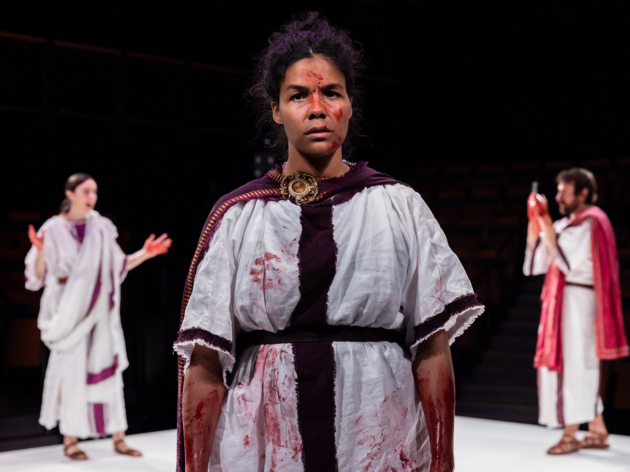 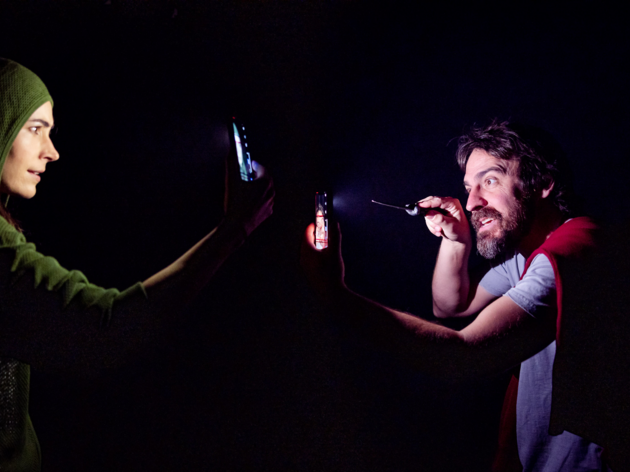 Kip Williams breathes new life into the Shakespearean tragedy, in the round at STC's newly renovated home theatre

Sydney Theatre Company artistic director Kip Williams brings Shakespeare’s revered historical tragedy right up to the very minute with this new take on Julius Caesar. It’s not just the cell phones wielded by the cast, their video footage transmitted to the four-walled video screen backdrop that dominates center stage. It’s not just that many of the verbal jousting matches take place over Zoom, a sly comic touch that reaches its height when Brutus (Zahra Newman) is muted mid-scream. Really, it’s that the themes of Julius Caesar – the corrupting influence of power, the fragility of democracy, and the madness of the mob – are as relevant as ever.

When the conspirators are fretting that Caesar (Ewen Leslie) will make a play for absolute power following his recent military victories against the rebel Pompey, it’s hard not to join the dots all the way to the Capitol insurrection of January 6 in the United States. Indeed, as the two-hour production progresses, we’re increasingly encouraged to do so, and to consider other recent incidents of political turmoil as well.

Our scene is Rome in the first century BC, and our plot is the assassination of Julius Caesar by a conspiracy of senators and other high-ranking Romans who are rightly suspicious of populist power. Our focus is chiefly on Brutus, Caesar’s trusted friend, who joins the conspiracy because, as he puts it, while he loves Caesar, he loves Rome more, and putting a knife into his old friend is a fair price to pay to maintain the proper order of things. Nonetheless, he is tortured by his deeds.

What would normally be a large ensemble is whittled down to just three actors. Ewen Leslie (Rosencrantz and Guildenstern are Dead) is Caesar, chief conspirator Crassus, and future Emperor Octavius. Geraldine Hakewill (The Real Thing) is Caesar loyalist Marc Antony and the conspirator Casca. A few minor supporting characters aside, Zahra Newman (Cat on a Hot Tin Roof) is largely restricted to the role of Brutus, and it’s a smart choice – we need a single character to anchor the emotional core of the play while all the sound and fury goes on, and removing the need for the audience to quickly figure out which character Newman is playing helps in that regard. In other cases, character switches are accomplished with quick, minor costume changes – a red hoodie tied across the chest is senatorial garb, a laurel wreath denotes Leslie is Caesar in one scene, a tech bro cap designates him as Octavius later.

With composition and sound design by Stefan Gregory and video design by David Bergman, Williams’ production is formally daring. This production is an exciting step in the director’s trajectory as a pioneer of using real-time cinema in theatrical storytelling. In 2020, the one-hander The Picture of Dorian Gray was a triumph of this mode, however Julius Caesar marks the first time this has been attempted in the round, the first staging of this kind at STC’s newly renovated Wharf Theatre.

In this production, the interplay between live performance, live video streams, and pre-recorded footage is deft and provocative, with only a slight audio sync issue niggling from time to time. And while at first it seems that, for all the technical spectacle, what we’re getting is a fairly faithful adaptation of the source play, after Caesar’s slaughter at the hands of the senate we quickly tip into absurdity and overt satire, with Hakewill as Marc Antony hectoring the audience with a string of recognisable political slogans from across the spectrum (“Yes we can!” and “I don’t hold a hose” both get a look in) and real-world combat footage is mixed with a video game first-person shooter sequence, bringing the battle to the stage.

Shakespearian purists may be put out, but when you’re dealing with a 16th-century retelling of an ancient political grudge match we’re already several steps removed from the original source material, and so further elaboration seems justified.

And it works, at least up to a point. The drive to colour outside the lines occasionally leads to messiness, and a video montage coda seemingly exists to hammer the play’s obvious contemporary political allegories home in a way that seems a little mistrustful of the audience. Nevertheless, this is exciting theatre driven by excellent performances and a desire to push the formal limits of the stage to breaking point, and we can always use more of that.

Julius Caesar plays at Wharf 1 Theatre until December 23, 2021. Get your tickets here.

Want more theatre? Check out the best shows to see in Sydney this summer.