Set in a drought-stricken rural town in the post-Euphoria era, Muriel’s Wedding the Musical meets Puberty Blues in this brand spankin’ new Aussie musical. The Deb has a little bit of the pop-infused redemptive teenage angst that made Belvoir’s Fan Girls such a sensation, and a sprinkle of that camp Australiana-style magic that made Virginia Gay’s The Boomkak Panto so darn special.

High school outcast and whimsical mega-dork Taylah (Katelin Koprivec) longs to be the princess of her own fairy tale, which isn’t easy in Dunburn – a dried-up Aussie town struggling for survival, where cool girls and footy hunks lead the pack. It’s finally her year to be presented at the local débutante ball, and she couldn’t be more keen to swap ripping open hay bales on the family farm for getting glammed up and feeling special in front of the whole town.

But doesn’t a “deb” – a centuries-old tradition where teenage girls (usually aged between 15 and 18) are dressed up in bridal-like gowns to make their formal debut to society, traditionally because they were considered old enough to be of a marrying age – feel like a debatable spectacle in the 21st century? That’s exactly what Taylah’s woke AF, inner-city cousin Maeve (Charlotte MacInnes) reckons when she unexpectedly arrives in town amongst the flurry of flammable dresses, fake tan, and diamante tiaras when she escapes some trouble she’s made for herself back in the Big Smoke.

Directed and co-written by Hannah Reilly (ABC TV’s Growing Up Gracefully), The Deb delicately skates between the youthful innocence of Aussie kids television and the adolescent fumbling, hormone-fuelled sexual charge and hard swearing of rock musical Spring Awakening. The result is thoroughly endearing, and an exciting female-led addition to the Australian musical theatre canon.

Megan Washington is on the music, lyrics and story – adding musical theatre (and more recently, screenwriting) as strings to her bow, building on her sneakily multi-pronged career as an ARIA Award-winning jazz and pop musician – and she acts too! Washington’s music writing pedigree is really on show in the songs In the Spotlight and Someone Brilliant, two reprised ditties in which both Taylah and Maeve work through their personal troubles, piecing together their own identities, and ultimately finding joy and acceptance in each other and within themselves.

Supported by a rock-solid cast, Katelin Koprivec and Charlotte MacInnes shine in the leading roles. An honourable mention also goes to Monique Sallé who steals the show as the feisty Janette, Dunburn’s leopard print-loving beauty therapist and self-appointed mumager to Taylah’s nemesis Annabelle (Mariah Gonzalez). And beloved children’s entertainer and actor Jay Laga’aia is a natural fit as the town’s mayor, Jason.

As Taylah, Koprivec serves up heart-melting yearning and a powerful voice that expertly inflects big ballads with a hard yakka Aussie accent. Maeve’s character could easily be a one dimensional caricature of the woke-broke cancel culture kid who harnesses social justice lingo to bully others and center her own experience – and in the beginning, she fits this mould. This reviewer LOL’d especially hard at her reference to being the leader of the “bisexual fire signs for a vegan canteen menu alliance” or somesuch (and I idenitfy with two and a half of those descriptors). However in MacInnes’ care, we see a maturing young woman emerge. As Maeve learns to check herself and show more compassion, her feminism and the issues she engages with are not in the firing line.

Speaking of woke, the other teens of the town even pack a compassionate surprise of their own when they take a stand against the unsolicited sharing of nudes. And hold out for a send-up of a certain Hawaiian shirt-wearing political figure.

Having been postponed due to the great postponer, this new production from ATYP (Australian Theatre for Young People), co-produced with Camp Sugar Productions, is the perfect pick to christen the stage of ATYP’s new home, the Rebel Theatre at the freshly refurbed arts precinct at Pier 2/3. It’s the company’s first dedicated home since it was founded in 1964. The Deb was also the winner of the Rebel Wilson Comedy Commission 2019. An ATYP alumnus and Hollywood star, Wilson is also the Rebel of the new theatre’s namesake, an honour bestowed on her for her one million dollar donation towards the professional fit-out. 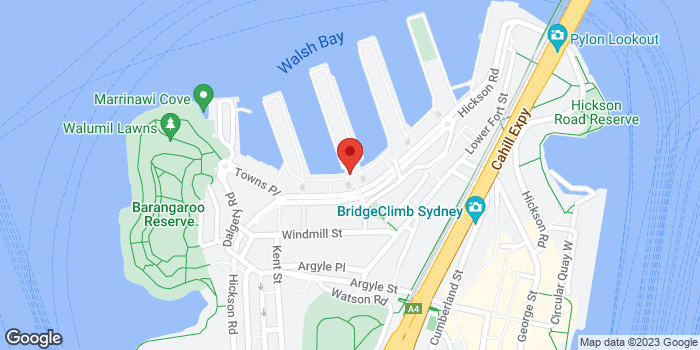