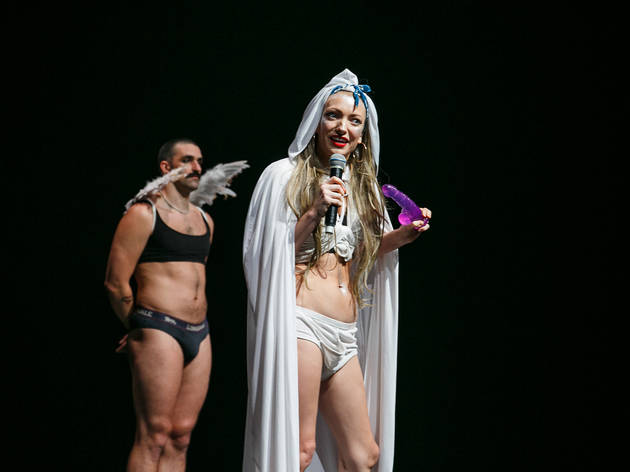 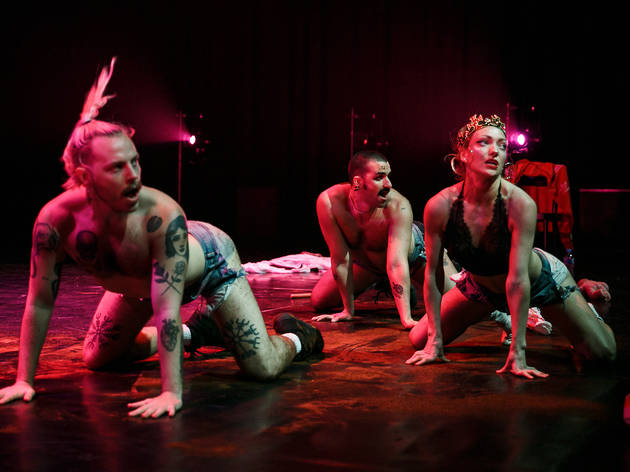 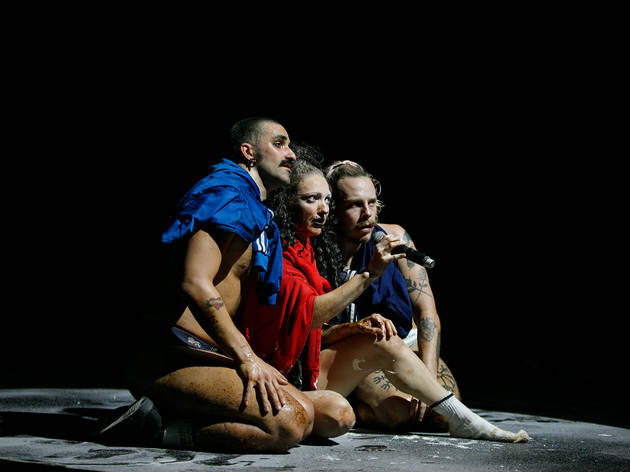 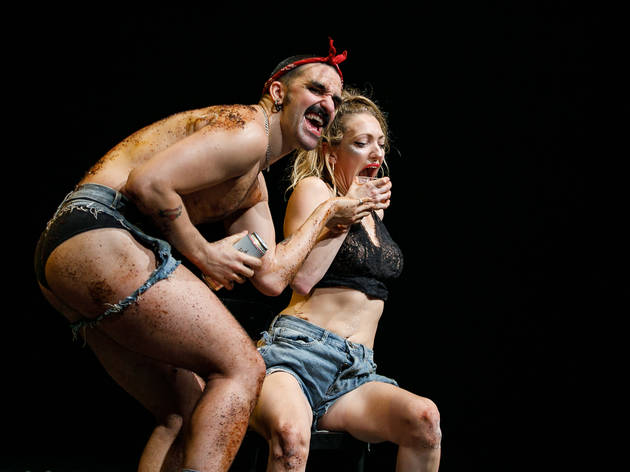 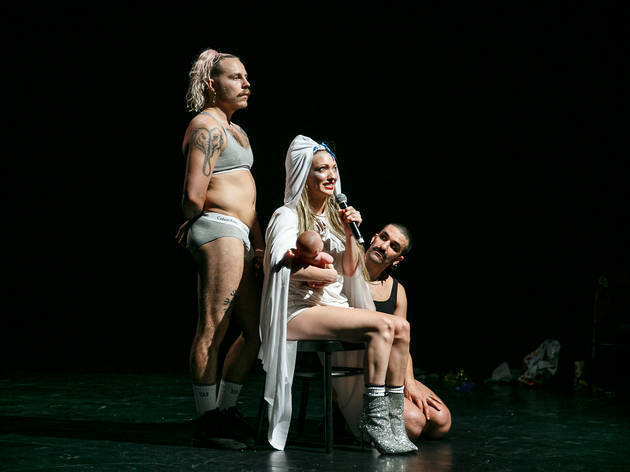 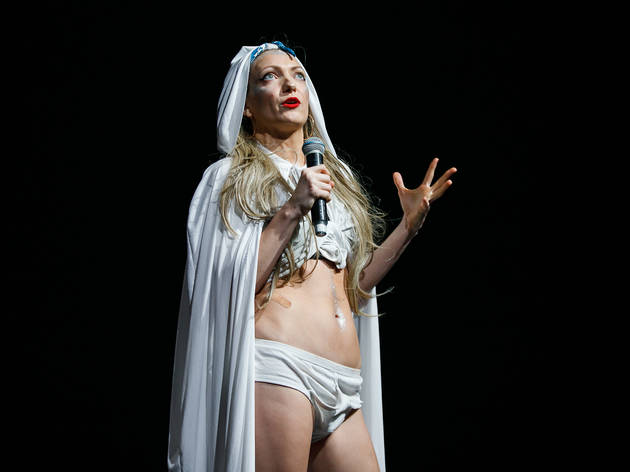 The first thing to say about Lucy McCormick’s ultra-debaucherous, raunchy and undeniably blasphemous version of the New Testament is that it’s not for the devout. Just about everything in the tale is sexualised and subverted in this brilliant trash-cabaret, which uses pop to tell the story of Jesus Christ in three short acts. If only Andrew Lloyd Webber had been this brave.

McCormick throws herself headfirst into a performance that might feel more at home in a late-night fringe club than it does at Carriageworks as part of Sydney Festival. But that’s part of its charm – it pushes hard in all directions and has a style of creativity that boggles the mind, with all sorts of foodstuff being flung around the stage as power ballads and club hits blare through the speakers. And honestly: blessed are the stage managers. This show gets properly messy, in just about every way imaginable, and we certainly wouldn’t want to be tasked with the cleanup.

Despite all the blasphemy and the trash-pop lens through which McCormick projects this story, there’s a surprising amount of respect for the dramaturgical structure of the New Testament. Of course, she puts in characters where they don’t belong – because they open up opportunities for her to flex her dramatic muscle and sing a particular song – and omits some really important bits. But the biggest gag of the show is that it’s one woman’s attempt to seriously reckon with this story and understand what we can take from it.

It’s probably best to not expect much theological insight, but there is a take on the doubting Thomas saga that will leave you with no doubt that McCormick is committed to her craft. We’re not going to tell you exactly what happens. Not because it should be a surprise, but because it could easily scare you off. In McCormick’s hands, even the most confronting material never feels too uncomfortable.

But it’s worth reiterating: don’t take your mum.

You can score same-day tickets to Sydney Festival shows via Tix for Next to Nix on the TodayTix app for just $31.