10 ways to live a more eco-friendly life in Sydney

It's easy being green. Simply follow these top tips to make your day-to-day life kinder to the planet

The devastation of Australia's unprecedented 2019 fire season brought the urgent threat of climate change into grim focus for many of us. The events of 2020 somewhat eclipsed what was one of the worst natural disasters in Australian history, but in 2022 alone, floodings, wildfires and extreme weather events have caused widespread devastation in many other countries around the world.

But if all of these worrying signs weren't enough to convince you, a report released by the UN's Intergovernmental Panel on Climate Change (IPCC) on August 9 has declared in no uncertain terms that humanity is staring down the barrel of an existential threat that may already be impossible to reverse.

And that's a lot to wrap your head around. Faced with an issue of such daunting proportions, it's all too easy to feel powerless, but don't sell yourself short – you can make difference. Small lifestyle changes can have a big effect, especially when our communities embrace them en masse. By following these ten simple tips, you can make your everyday life a whole lot greener and do your part, bit by bit, to combat the climate crisis.

How to be greener in Sydney 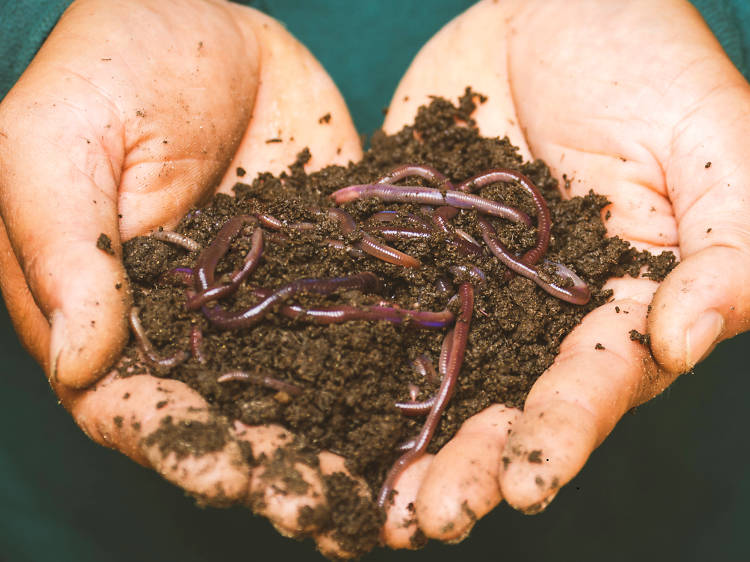 Domestic food and garden waste is responsible for 35 per cent of Australia’s landfill, so it’s time to stop chucking out your scraps. Most community gardens in Sydney have communal composting facilities, and websites like Planet Ark provide helpful advice on where to find your nearest site. The City of Sydney is also currently trialling a new kerbside food scraps recycling pilot that could soon add a dedicated compost bin to your home’s collection of wheelies. 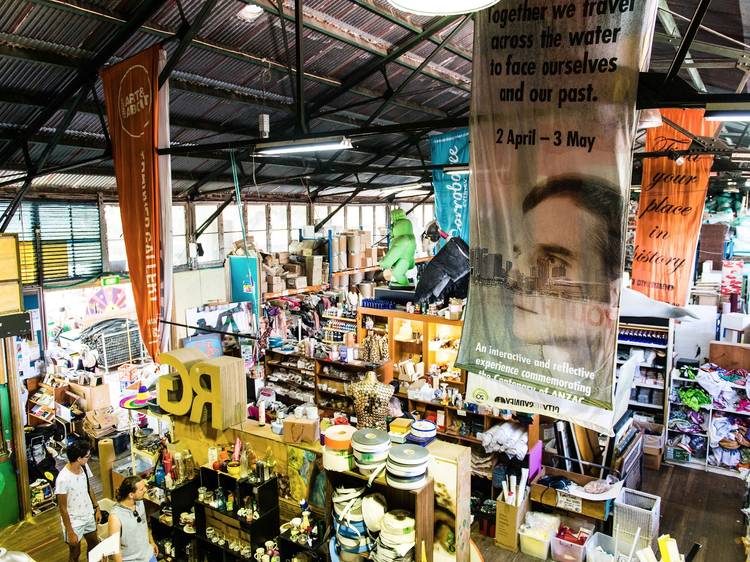 2. Reduce your waste by up-cycling

When something breaks our usual response is to toss it out and get a new one. However, this cycle of binning and buying needn't be the norm. Not so long ago, regular folk had the skills to repair where they could, reducing their waste by giving their stuff a second lease on life. These skills are still out there for Sydneysiders to discover. Check out our feature on where you can learn to mend in Sydney. 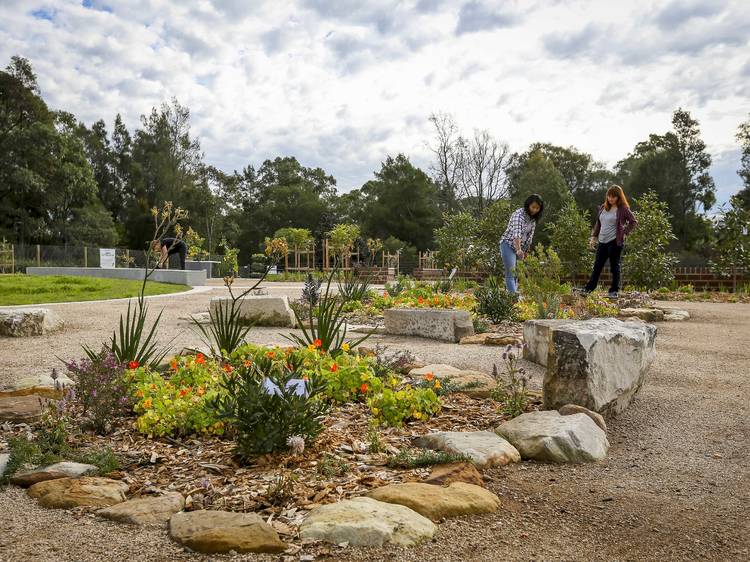 Sydney is one of the most heavily planted cities in the world, with barely a street unlined by leafy boughs. But trees offer more than just kerb appeal. Within the city, plants provide vital habitats and food sources for local animals and insects, while also helping to purify the air and enrich the soil. Do your part to help Sydney’s green spaces by volunteering at a community garden, such as the impossibly placial joy that is Wendy’s Secret Garden in Lavender Bay. 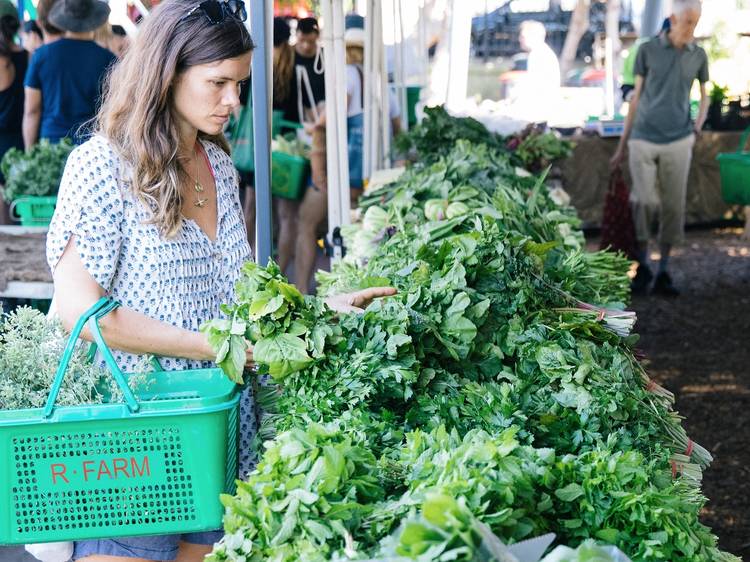 There are umpteen reasons why buying your fresh produce at local markets is by far the greener choice. Not only will it be fresher and use less harmful packaging, but it will also have a smaller carbon footprint, and boost the local economy. Also, at a time when many small Aussie businesses are recovering from this summer’s devastating fires, it’s a proactive way to support communities in recovery. 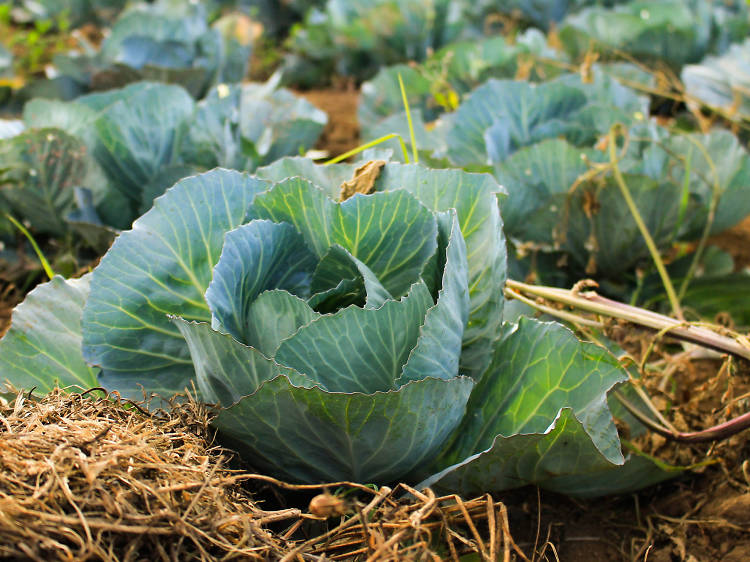 5. Eat more veg and even grow your own

The health benefits of lowering your meat consumption have been known for decades and the ecological perks are just as compelling. Livestock farming is a major contributor to greenhouse gas emissions and the ‘food miles’ they rack up – the distance our groceries are transported before they reach our shopping cart – can be huge. If you’re green-thumbed, why not get growing? Not only will you save some dollars, you’ll be saving the planet too. 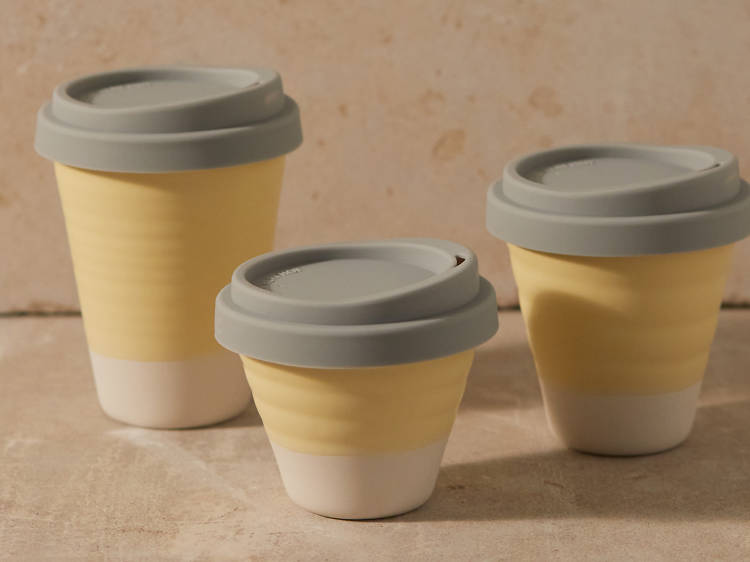 6. Reduce your use of plastics

Perhaps the most successful green initiative of recent years has been the campaign to reduce single-use plastic waste. Investing in reusable coffee cups, straws, lunch boxes, shopping bags and sandwich wraps has never been easier. So, if you’re not already, it’s time to start using them – it’s one of the simplest ways to lower your personal everyday impact on the planet. You'll find everything you need in a range of styles at the Eco Shop. 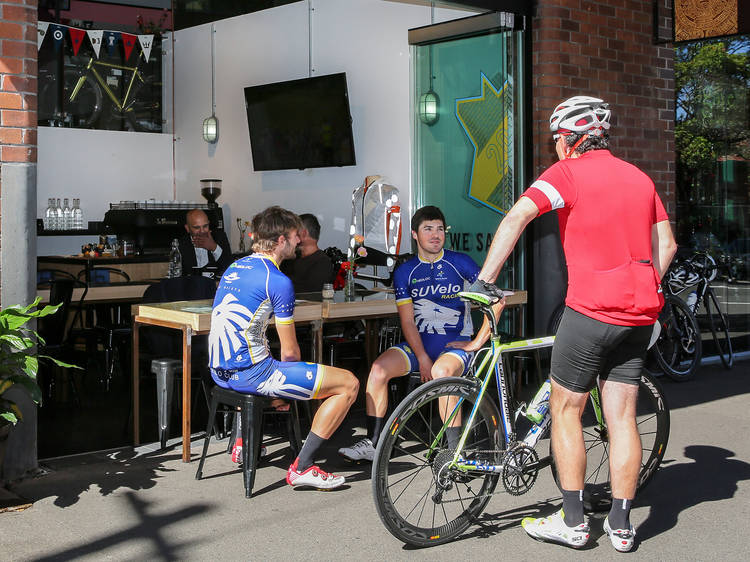 7. Reduce the carbon footprint of your travel

Cars are bad for the environment. OK, that goes without saying, but there really is no justification for getting behind the wheel when there are just so many greener ways to get from A to B. Whether you walk, cycle, unicycle, roller skate, skateboard, rollerblade, swim, kayak, pedalo, or, if you’re feeling extra fancy, treat yourself to a rickshaw, you can travel far and wide all over Sydney and remain carbon neutral. 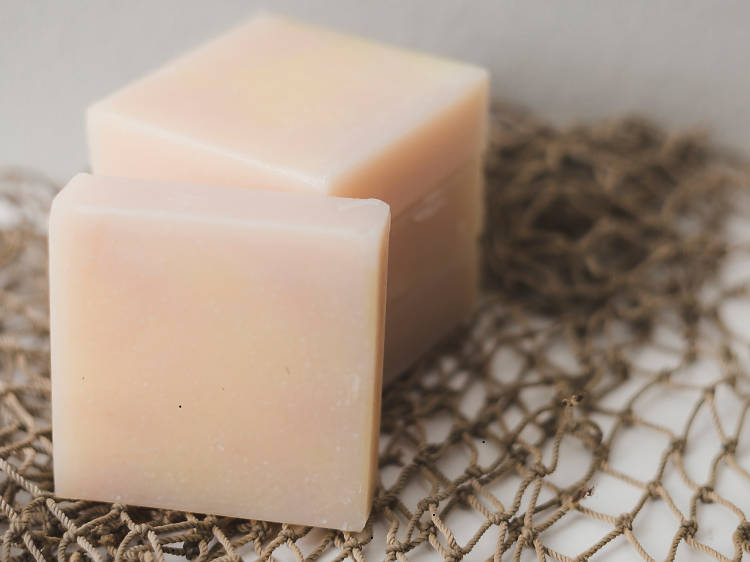 8. Use biodegradable toiletries and detergent

A nice hot shower and a soapy scrub is the way many a Sydneysider starts their day, but did you know that some of the most common daily toiletries contain chemicals that can take decades to break down? Not only is switching to biodegradable soap made with natural ingredients better for the environment, but many of these eco-friendly products also have zero-plastic packaging. 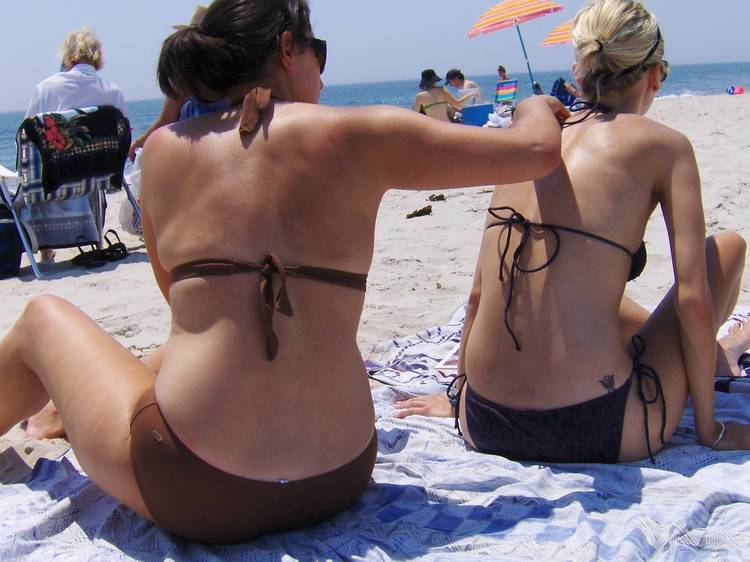 Slopping on the sunscreen is a mandatory part of life in Sydney, but taking a dip after you’ve slathered on chemical-rich high-SPF products can be bad news for the ecosystem. While totally swearing off the most readily available brands is probably overkill (several contain oxybenzone, which can be toxic, but rarely in the concentrations left behind by swimmers), wherever possible try and opt for sunscreen using natural ingredients, such as zinc oxide. 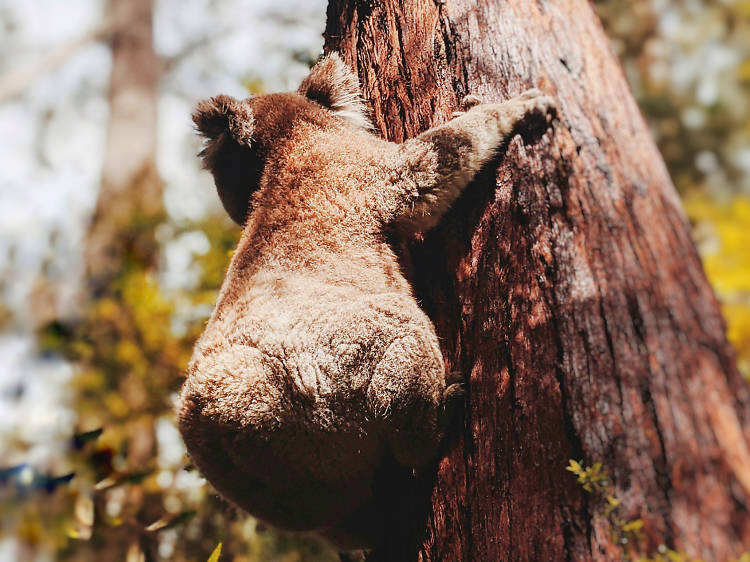 The bushfire disaster has had a devastating impact on Aussie wildlife, but it’s not just out in the bush where animals have struggled. In our cities, poor air quality and drought conditions have made this a particularly hard summer for many of our native critters. Put out bowls and buckets of freshwater for animals to drink and contact your local animal rescue charity if you find one of our furry friends with injuries.

Make do and mend 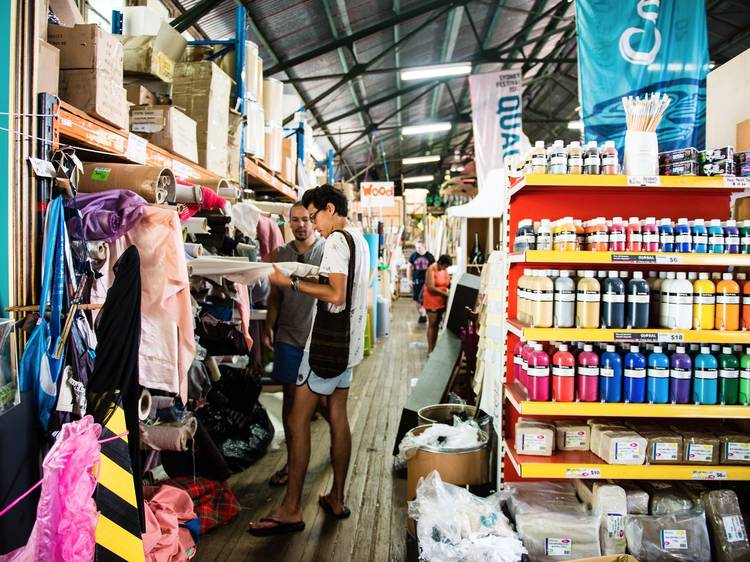 Where to repair, reuse and up-cycle your stuff in Sydney

These classes and workshops will teach you the skills to give your stuff a second lease on life.