Free marijuana, apartments and sports cars: how some countries are rewarding the vaccinated

Countries around the world are encouraging the jab with everything from free eggs and pizza to luxury cars, but will Australia use incentives during its vaccine rollout?

When Covid-19 first began spreading around the globe, many people turned to the world of cinema for clues about what might be unfolding. Films like Contagion, Outbreak and I Am Legend suddenly began trending on streaming services. These blockbusters about global plagues usually end in much the same way: a plucky scientist discovers the cure that will save the world and everyone lives happily ever after. What these imagined pandemics have tended to gloss over, however, is just how tricky it can be to get people to actually take these miraculous medicines once they’re created.

Vaccine hesitancy is a problem that many countries are wrestling with. Since protection from serious illness and death isn’t incentive enough, some officials around the world are now turning to a range of more tangible rewards to encourage higher rates of vaccination, while others are reducing the freedoms and mobility of those who refuse it.

Some incentives are on the modest side. In China, for example, vaccinated people in some provinces were given two free cartons of eggs, while in Israel, those getting their first dose can enjoy a free can of Coca-Cola, a beer or slice of pizza. But elsewhere, prize draws with genuinely life-changing windfalls have been deployed to convince people to get the jab, most notably in the US. In California, the state government has allotted $116.5 million for vaccination lotteries, and more than 30 people to date have already scooped a US$50,000 vaccine reward. Californians can also score one of 2 million US$50 gift cards, and 10 especially lucky citizens will take home a whopping US$1.5 million just for getting inoculated.

In Moscow, which is experiencing a surge in cases at present, anyone who has had both their shots can be entered into a prize draw to win one of five luxury cars worth 1 million roubles (approximately AUD$20,00), while in Hong Kong, fully vaccinated people can win an apartment worth HKD$1.4 million (approximately AUD$250,000).

In some countries, rewards are being used to incentivise specific demographics. In the UK, where younger people have been especially reluctant to be vaccinated, discounted takeaway meals and free travel for people aged 18-30 are being used to boost uptake.

Private enterprise, desperate for the world to return to an unlocked, globalised economy, is also getting in on the action, with discounts, freebies and premium access for customers who can show proof of vaccination. One of the most outside-the-box ideas comes from Washington State, where vaccinated people are given free (legal) marijuana in a "joints for jabs" campaign.

But why are these enticements needed in the first place? Even a casual glance at the social dynamics that have repeatedly played out elsewhere around the world reveals what a ubiquitous issue vaccine hesitancy has become. Data compiled by ourworldindata.org shows that reaching vaccination levels of 40-50 per cent of the population is relatively unproblematic, but after this point, vaccination rates crater. At the same time, some countries have seen huge surges in hospitalisations and deaths among unvaccinated people as health orders relax or become optional. The 80 per cent threshold for reopening society – a level of vaccination that has been corroborated in Australia via modelling by the Doherty Institute – has been desperately elusive around the globe. Even the country with the world's highest vaccination rate, Iceland, has only managed to get approximately 74 per cent of its population double jabbed.

In countries where incentives have been unable to lure enough people to get vaccinated, the carrot has been replaced by the stick. In Indonesia, fines are now issued to vaccination dodgers, and notorious Philippines president Rodrigo Duterte has threatened anyone refusing to go under the needle with jail time. Several countries have opted for social exclusion as the deterrent of choice. In the United Arab Emirates, unvaccinated people are barred from attending public events such as sports games or theatre performances, while in Russia, the unvaccinated can be barred from employment in certain workplaces, like schools and retail settings. In the UK, the restrictions are more pragmatic. Unvaccinated people are barred from crowded venues like nightclubs where social distancing is impossible to enforce.

In Australia, incentives are already being debated in both the private and public sectors. Leader of the opposition Anthony Albanese has called on the federal government to reward every eligible Australian who gets vaccinated with a one-time payment of $300, although prime minister Scott Morrison has opposed the idea. Meanwhile, some businesses are taking the matter into their own hands. Giveaways, like free beers or discount vouchers, are a lighthearted gimmick to encourage more people to book their jab, but as the rampant transmissibility of the Delta variant threatens to keep the Australian economy in a prolonged headlock, some business owners are preparing to make vaccination a condition of entry once lockdown measures can finally ease. A vaccination passport is also being considered by the federal government, not only for those travelling overseas but also perhaps for domestic interstate travel.

Australia’s vaccination rollout is still in its infancy – at the time of writing this article, just 25 per cent of eligible adults in Australia had been fully vaccinated – and at present, vaccine availability, or lack thereof, has been a far more conspicuous impediment to the national vaccine rollout than anti-vax sentiment. But Australia's vaccination program is entirely voluntary, and given that polling by the Melbourne Institute shows that as much as 21.8 per cent of the eligible adult population in Australia do not want the vaccine, it is entirely likely that both prizes and punishments will become unavoidable.

Unsure about getting the jab? 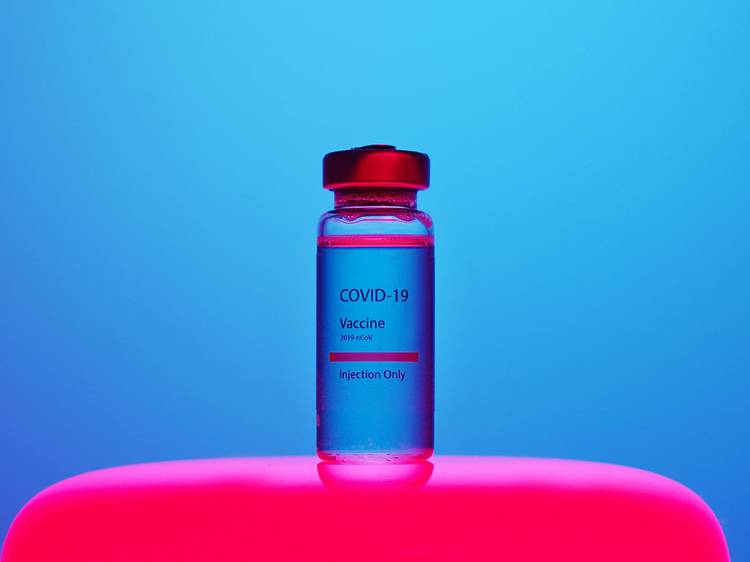 Why I chose to get the AstraZeneca vaccine