Time Out's Future Shapers is a celebration of the best and brightest innovators, trailblazers and community builders in Sydney across five key fields: the arts; civics; sustainability; food and drink; and community and culture. These remarkable individuals and organisations were nominated by a panel of experts including editor of Time Out Sydney Maxim Boon, celebrity chef and restaurateur Kylie Kwong, head of talks and ideas at the Sydney Opera House Edwina Throsby, NSW 24-hour economy commissioner Michael Rodrigues, CEO of IndigiLab Luke Briscoe and NIDA resident director David Berthold.

Artists are not merely entertainers. They decode and reimagine the world around us, tell important stories in fascinating and unexpected ways, and conjure new universes that transport us, ground us, and move us. Time Out's six extraordinary arts Future Shapers are all masters of their crafts but more than this, their work is reimagining the function and form of art to bring about a richer, more dynamic, more equal and creatively vibrant society. 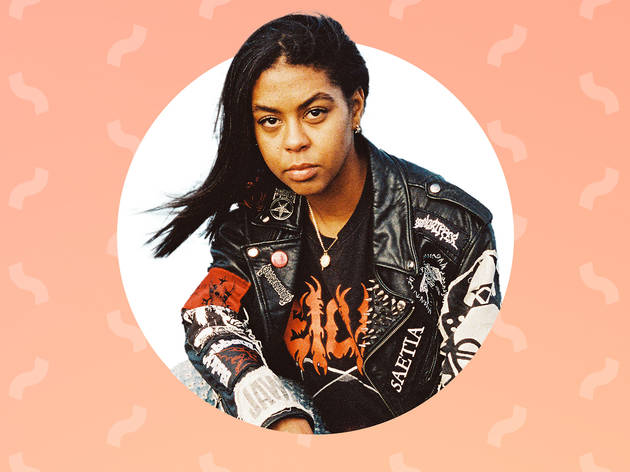 The capabilities of digital design tools have made giant leaps forward in recent years, but prototyping the future of art is about more than just embracing new technologies. As creativity has expanded into the seemingly limitless realm of the digital space, it has become increasingly difficult to value and protect. But now, thanks to artists like Serwah Attafua, that is beginning to change – she is part of a vanguard of creators on the bleeding edge of the cryptoart revolution.

Not only does her mastery of the medium of 3D digital modelling deserve to be recognised, but in raising the bar for what digital art can aesthetically accomplish, she is also redefining the way art collectors and gallerygoers connect, value, and possess art, most notably through the new digital licensing model of non-fungible tokens (NFTs). The worlds she conjures in her work are of breathtaking scale, tapping into pop culture, fantasy lore, and diverse identities. Her playful, provocative, inspiring and bold vision is shaping the future of art in Sydney and beyond. 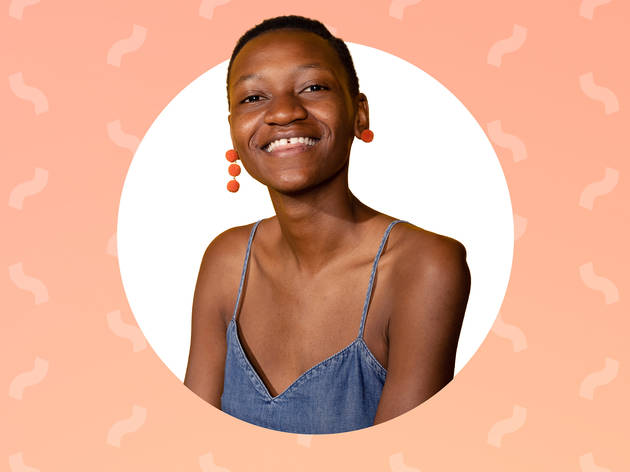 Moreblessing Maturure is an interdisciplinary artist, publisher and advocate whose works defies boundaries of genre and identity. She is the founding editor of Folk Magazine, an independent arts and culture magazine dedicated to championing and celebrating Artists of Colour in Australia, and in her work both on stage and on the page, she is challenging the status quo of Australia's creative arenas to raise up IBPOC artists across a broad spectrum of disciplines.

Leading by example, in 2021, she played a starring role in the brilliant zeitgeist-shredding two-hander Seven Methods of Killing Kylie Jenner for Darlinghurst Theatre Company, which had a cast and crew made up entirely of women, including 95 per cent women of colour and 65 per cent Black women. 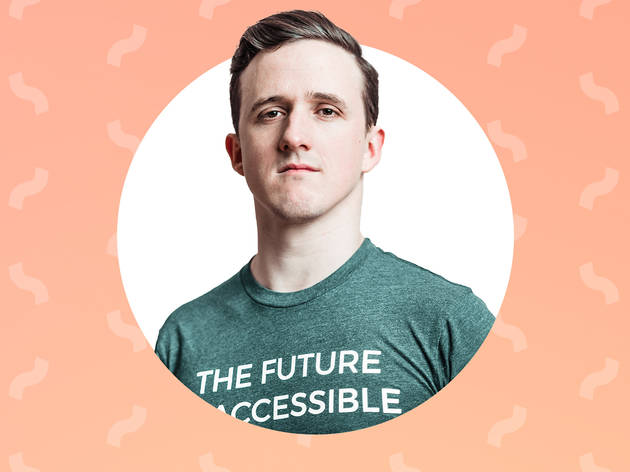 When actor Daniel Monks became disabled at the age of 11, just as he was beginning to navigate his emerging sexuality and a burgeoning love of performance, he recalls it robbed him of much of his confidence. Looking around at stages and screens, a career in acting seemed to be beyond his reach.

However, in embracing independent filmmaking alongside director Stevie Cruz-Martin, he realised he could take control by telling his own story. He’s since thrived on stage, starring in Teenage Dick at the Donmar Warehouse in London and The Real and Imagined History of the Elephant Man at Melbourne’s Malthouse, both of which directly referenced his hemiplegia. He’s also expanding the scope of the roles available to people with disability, appearing in shows including Chekhov’s The Seagull and STC’s Lord of the Flies, with The Normal Heart up next at the National Theatre in London. He is an outspoken champion for better representation of different physicalities on stage and casting that doesn't pigeonhole performers with disability, as well as calling for more visibility for LGBTQIA+ stories that feature people with disability, such as that captured in Monks' award-winning film Pulse. 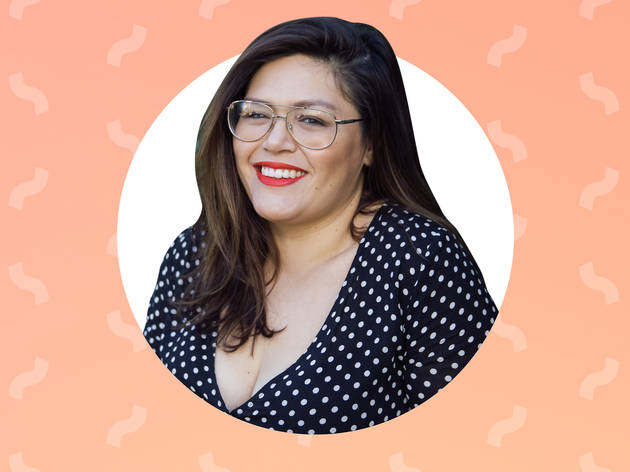 Nakkiah Lui is a Gamillaroi and Torres Strait Islander woman, and a writer, commentator, actor and director for screen and the stage, who has emerged in recent years as one of the most dynamic, incisive and relevant artists of her generation. As a champion for First Nations communities, much of Lui's work explores contemporary Aboriginality through her darkly comic commentary on Australia's systemically racist power structures. She is an expert at repurposing pop-culture tropes to both demystify and amplify these conversations. In 2018, she won the NSW Premier's Literary Award for Black is the New White, produced by the Sydney Theatre Company – a provocative rom-com confronting cross-cultural prejudice, over dinner. Her play Blackie Blackie Brown used comic book superheroes to explore the desecration of First Nations lands and the complexities of reconciliation.

She has also hosted two podcasts with Miranda Tapsell, Pretty for an Aboriginal, which delved into contemporary Aboriginal culture, dating and race, and Debutante: Race, Resistance and Girl Power, which explored both the colonial history and modern importance of debutante balls for young Aboriginal women.

Beyond the theatre, her voice carries powerfully into the mainstream on screen. She is the writer and director of the ABC sketch comedy show Black Comedy, and has just wrapped on filming Preppers, a new, end-of-the-world comedy TV series which she also co-wrote. She has made several appearances on Q&A where her skills as an orator and commentator on First Nations issues and beyond have cemented her voice as a crucially important one in a country still deeply rooted in its colonial past. 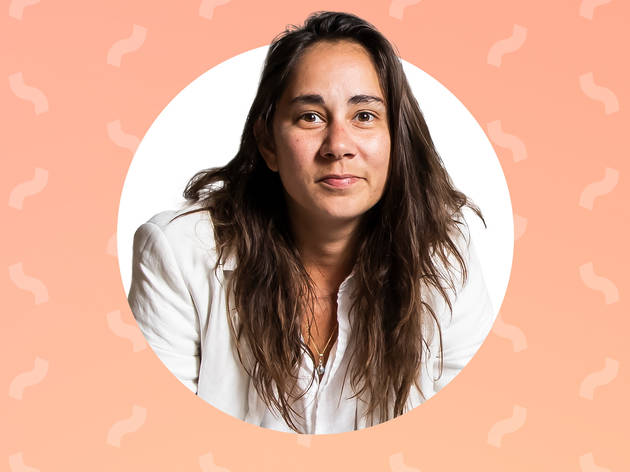 When Larrakia, Jingili, Filipino and English woman Coby Edgar didn’t feel like her university degree was conveying a true sense of the breadth and depth of First Nations art in this Country, she made it the focus of her curatorial career to expand the conversation. Now curator of Aboriginal and Torres Strait Islander art at the Art Gallery of New South Wales, she is the true definition of a Future Shaper, helping pave the way for more informed dialogues. She has helped open up the collection in surprising and whimsical ways and shone new light on its storytelling power in pocket exhibitions like My Heavy Heart in Black and White and Our Country isn’t young, or free… Each new show intimately expands our understanding of who the institution is for. 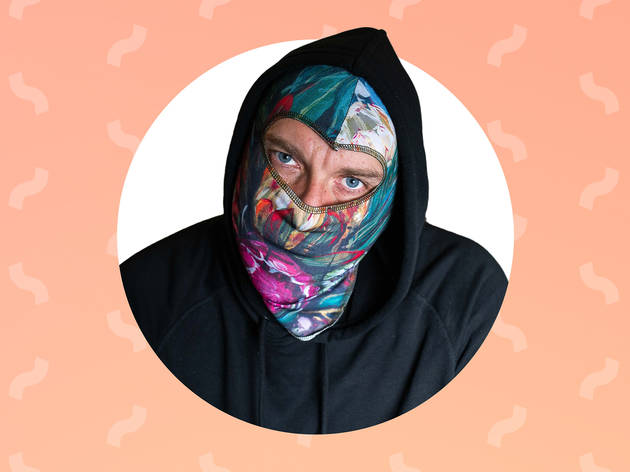 Scott Marsh occupies a distinctly liminal space in the Australian art world. As a creator striding the dual paths of the studio portraitist and the guerilla graffiti artist, he is constantly reckoning with the intersections of those two practices and cultures. Which is one of the reasons he keeps his face hidden, wearing ski masks and face coverings to everything from ritzy exhibition openings to mural painting sessions on scissor lifts.

His highly meme-able, politically pungent murals featuring satirical depictions of politicians and people in power have gained him notoriety, contrasted by works that champion the marginalised and under-represented. You might recognise the image of Tony Abbott marrying himself in Redfern; the Captain Cooked piece which popped up in time for January 26, depicting PM Scott Morrison as a lei-wearing Captain Cook (which was recently attacked and is due to be removed); or the infamous Saint George mural in Erskineville, which was defaced by anti-marriage-equality Christian extremists but rose again last year. However, this is not the only tonality his art inhabits. Marsh also produces a range of native botanical works that bring graffiti sensibilities to still lifes and he has been shortlisted for the Archibald Prize. The thread that connects this duality is his push to have street art's worth recognised by the traditional art establishment, which he says is an uphill battle in New South Wales.