Bats, beaches and bargains (or rather a lack of them), these are the local quirks you discover when you relocate to the NSW capital

While the various states and territories of Australia make up one unified, girt-by-sea nation, relocating from one city in Australia to another can still feel like moving to a completely new country. With so many idiosyncrasies and subtle quirks to learn, it can take some time to adjust to your new surroundings. But once you’ve been in the Harbour City a while, you’ll be nodding knowingly at these things you only learn during your first year living in Sydney.

Unless, of course, they hear someone who isn’t from here complaining about Sydney. Then they'll burn with white-hot local pride and defend to the death the honour and dignity of this fair city, the fairest city in all the land. Come at me brah!

Poor ol’ Bondi. It is, without a doubt, an icon of the city and in lots of ways, a pretty good beach – there, I said it! But like it or not, there’s an unspoken rule that the mark of a bonafide Sydney local is their knowledge of the most obscure, hard to reach, and rarely visited beaches. So, showing any love for that most famous of sandy stretches is a non-negotiable no-no.

There are hills. A lot of hills.

There are very few suburbs in Sydney that don’t have at least some Alpine-level terrain. There are even parts of the city that are so bloody mountainous (I’m looking at you, Foveaux Street) that you could legitimately hire a mule to carry you up. 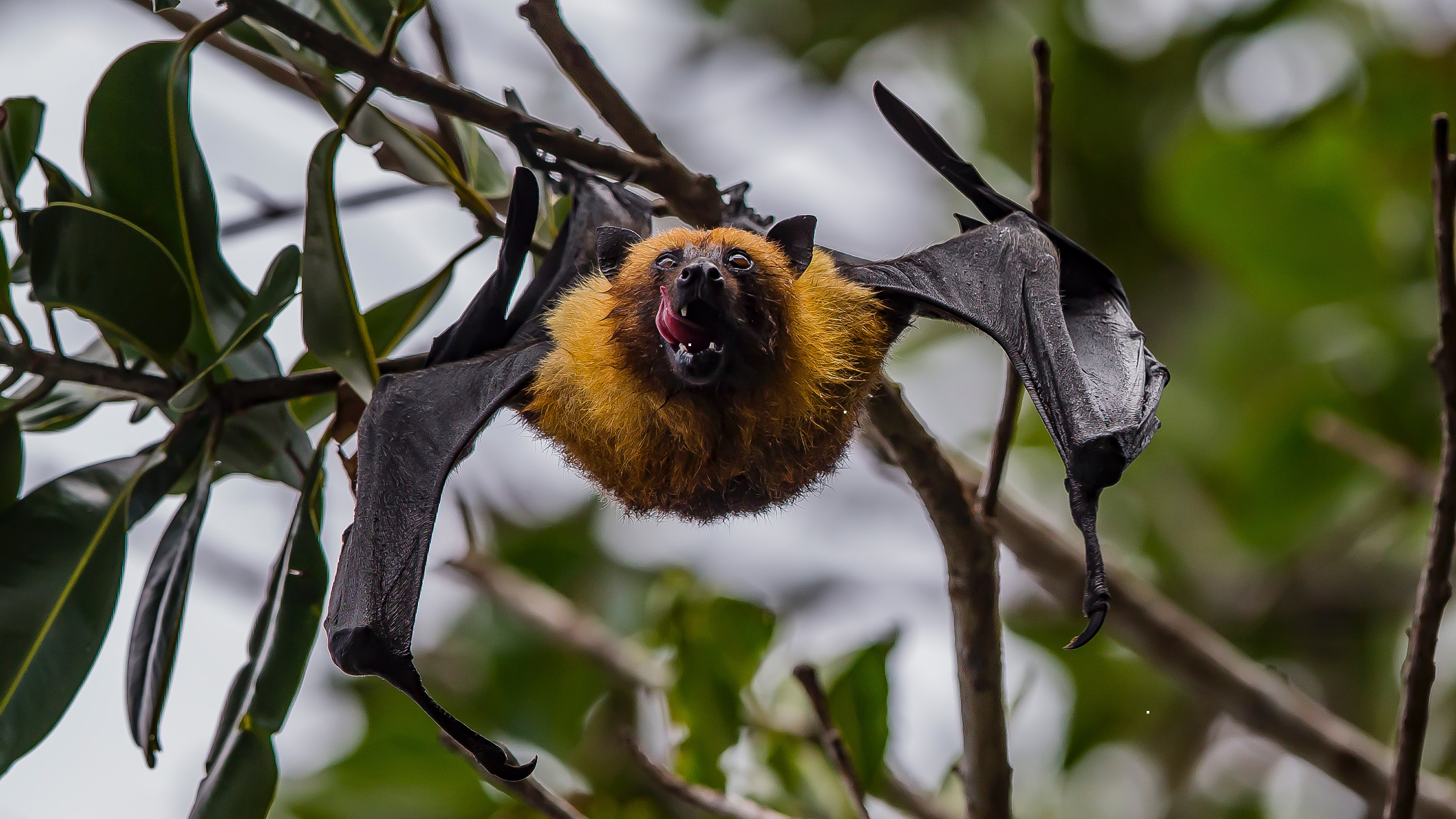 Giant bats are a thing

It’s strange that the general perception of Sydney’s wildlife focuses so heavily on sharks and jellies and deadly spiders, which you almost never see, but for some reason, bats the size of toddlers flocking in huge numbers across the sky every twilight is a footnote. Fortunately, flying foxes are pretty cute up close, but it does take a while not to feel a little freaked out when you hear something screeching and rustling about in the trees of an evening.

If you grew up in a part of the country where temps dip below freezing in the winter, you might reasonably assume that you can handle a bit of chilly weather. Unfortunately, any ability you may have once had for withstanding the cold will soon be a thing of the past after living in Sydney. If it gets under 20 degrees, it’s time to break out the winter woolies. At 15 degrees, you’re shivering. Below 10 degrees? Hello, full-blown hypothermia.

Central heating does not exist here

Despite the aforementioned intolerance to the cold, plumbed-in heating is apparently not something Sydney architects worry about. Radiator – what’s that? Thermostat – never heard of it. “Whack the heating on” – what are you talking about?

I guess it says something about Sydney that each suburb is so well served by great places to eat, great pubs, great coffee, that there really is no reason to ever venture more than a few km from your front door, right? That's so true for anyone living in the Inner West and the Inner East, if you suggest leaving, it's borderline offensive.

If a mate moves to the other side of the bridge, you’ll probably never see them again

Of course, you’ll promise each other that you’ll stay in touch and still hang out. But let’s be real, once that stretch of Harbour gets in the way, you can consign that cherished pal to the ranks of random Facebook friends you haven’t seen in years.

When, on those rare occasions, you do cross the Harbour, you’re surprised by how easy it is

In your mind, the Harbour is an impenetrable moat that requires unreasonable amounts of effort and oodles of time to conquer. In reality, it’s a quick trip on a train over the bridge or at worst, a lovely ferry journey across one of the most beautiful waterways in the world. Unfortunately, any memory of how manageable it really is to cross the Harbour will quickly evaporate once you’ve returned to your home suburb. Sorry, dem’s the rules.

The fact that Sydneysiders are prepared to pay so much more than any other city in Australia for inner-city rental rates might be the most compelling evidence for a mind-control-drugs-in-the-water-supply conspiracy. If you need reminding, go take a peek at comparable rental prices in other states to see how much more bang for your buck you'd be getting. We defy you to not have some sort of rage-episode as a result.

There are a helluva lot of bugs

It is not an unusual thing to get home, turn your lights on, and for a couple of milliseconds, to see the bug equivalent of a Corey Worthington-level rager going off in your house, until the bugs scatter and run for cover. The worst part is, you become strangely chill with it. Spiders the size of the average chihuahua aren’t that big a deal; having moths in every room of your house is totally normal; and some of your best friends are roaches. It’s just the Sydney way.

I submit for your consideration a personal anecdote: I was once at a house party in Redfern, and as the host opened a kitchen cupboard, a large cockroach to flew out and landed on his face. Part of his soul immediately left his body, and everyone present now lives with the trauma and dread of knowing that it could, and probably will, happen to any of us someday. You have been warned.

Everything in Sydney feels criminally overpriced when you first arrive. But then one day, it’ll happen. You’ll be at your local store, paying $19 for a packet of Nutrigrain and litre of milk and you won’t bat an eyelid. $27 for a salad? Sounds reasonable. But if the Thai place where you buy your lunch for $8.50 puts up the price by 50c, a lifelong vendetta must ensue. 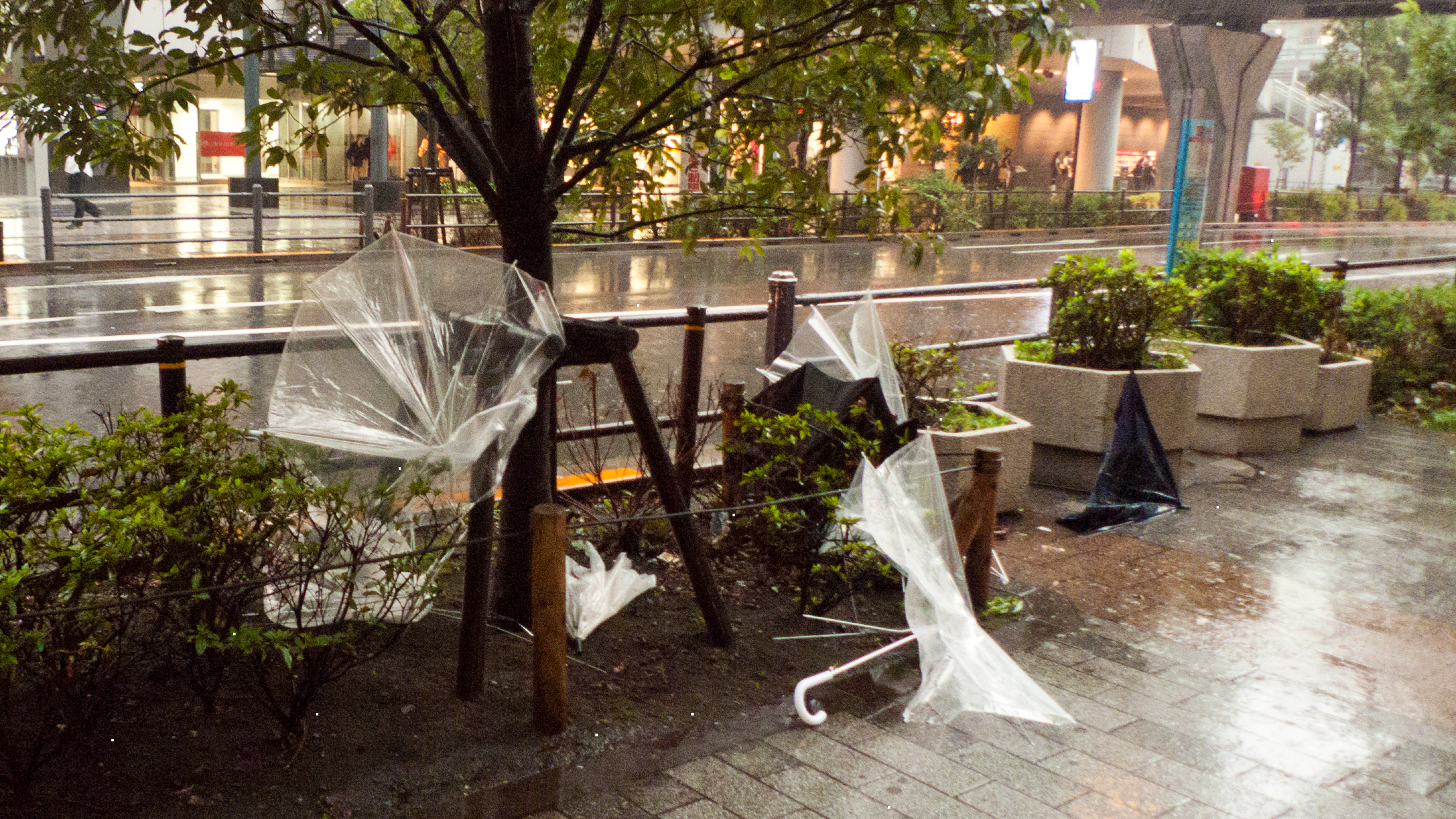 No one knows how to use an umbrella

It’s not as if it rains so seldomly or so lightly in Sydney that people are just not used to the subtleties of umbrella use. But for reasons that aren’t entirely clear, whenever there is a significant downpour, you won’t find a bin in the CBD that isn't crammed full of mangled, inside-out, bent-in-half brollies.

You can witness this most notably in action if you regularly commute by ferry. During your first few journeys, just like the tourists, you’ll be looking out at the splendour of the Harbour like the heart-eyed emoji. But give it a few weeks, and you’ll be back to staring dead-eyed at your phone, playing Candy Crush while stunning scenery whips by the window.

Sydneysiders have a reputation for being extremely fitness conscious, and while that isn't necessarily true for everyone in the city, there sure are a lot of gyms here. Sydney is chock full of CrossFit gyms and big chain gyms and spin gyms and outdoor gyms and indie gyms and office block gyms and apartment complex gyms and boxing gyms… well, you get the point.

Sydney Harbour, the Harbour Bridge and the Opera House aren't really what you expected

They're way better in person. Psych! It’s frankly outrageous how goddamn beautiful this city is. There is a very special thing about walking up towards Circular Quay for the first time and seeing those pearly sails come into view, with the Coathanger sweeping majestically over the big blue. Breathtaking really doesn't come close.