Sydney’s fleet of trains, trams, buses and ferries connects people to the length and breadth of the city and beyond, whisking us by rail, road and harbour from A to B and back again, and all for just a few bucks.

We can probably all agree, the “transport” part of the public transport equation is a mighty fine thing. However, the “public” part, not so much. No matter how sophisticated, upgraded, and efficient the PT network might be, sharing cramped conditions with a bunch of strangers can be a veritable assault course of infuriating, mystifying, confusing and just plain nauseating behaviours.

So please, take note of this handy PSA about how you can be the change you want to see in the world when hopping aboard one of Sydney’s public transport vehicles.

1. See all those people-shaped things around you? They’re fellow human beings; treating everyone with basic courtesy should be the rule of thumb.

2. Take off your backpack when it’s crowded. You’re basically taking up the space of two passengers.

3. If you’re close to the door, get off the train and stand to the side while people behind you get off. You'll be able to reboard, we promise.

4. Be aware of where your face is pointed while standing and clinging to the overhead hand-holds in peak hour. Almost kissing a perfect stranger on your morning commute just isn’t cute.

5. Your phone screen is very likely visible to everyone around you, so don’t go scrolling through anything you wouldn’t want your mum to see.

6. Don’t sneeze on your hand, then hold onto the communal pole. That's just gross.

7. Stand on the left, walk on the right when you’re riding the escalator, and when you get off, keep walking, because the people behind you can’t slow down and will trample you.

8. If you need to move huge boxes, flat-pack furniture, or anything else oversized, maybe don’t attempt it at peak hour on public transport. Unless you’re on the 380 or 333 bus to Bondi Beach. There will always be some barefoot dude with a surfboard, so just make your peace with that.

9. Respect that people on the airport line will have luggage with them. Leave room for the weary traveller.

10. Don’t start saying “excuse me” indignantly before the train or tram has even reached the station or stopped. It’s more than likely the people in front of you need to get out, too.

11. Under no circumstances is it OK to have the sound on if you’re playing a game on your phone. No one else cares what level you've got to on Candy Crush, Steve.

12. And that goes double for music. Always use headphones; you may think your taste in music is da bomb, but your fellow commuters might not share your love of Blink 182.

13. If you’re going to make a phone call, use your inside voice, and maybe save your most intimate D and Ms or blazing arguments for when you’re in private.

14. When it comes to quiet carriages, read the room. Don’t be the person who launches into a self-righteous rant because someone answered the phone for two seconds to quietly let their loved one know when to expect them at the station.

15. Move down the carriage. Sydney’s high school population seem to struggle with this on the light rail; Jessica can tell you all about her new AirPods when you get off the tram, so move it.

16. For the love of Sydney, move along to the window seat when sitting on the bus. Didn’t your parents teach you to share?

17. Don’t pretend you haven’t seen someone who’s using a wheelchair or mobility aid, is pushing a pram or is an elderly or pregnant passenger when you’re sitting in a priority seat. Or any seat, for that matter. And if someone asks for your seat and you can stand, give it to them. They could be getting a migraine, or about to faint. Not all disabilities are visible.

18. Help if someone is struggling with a pram, luggage, or general getting on or off. It’s both the decent thing to do and will speed up everyone’s journey.

19. Hold on to something when the vehicle is in motion. You’re not next Kelly Slater, and nobody will be impressed if you take out half the carriage when there’s a sudden stop.

20. If another passenger standing near you is unable to reach an overhead handhold, be the bigger person (figuratively speaking) and allow them to get to a pole or handhold they can reach.

21. Don’t slump on a communal pole with your entire body on a packed train or right rail. Other people need something to hold onto.

22. Don’t put your wet umbrella on the seat next to you. Travelling in wet weather is miserable enough without the threat of acquiring a soggy butt en-route.

24. No really. Do. Not. Manspread. Your nethers do not need more oxygen. Your slouch-splayed thigh-gap is not more important than allowing people to sit either side of your manila folder legs. Shut your damn knees and be considerate.

26. Respect your drivers. Smile and be polite. They’re taking you home, and it’s not their fault that the traffic is bonkers at rush hour. Or any hour, in fact.

28. Please remember to wear deodorant – or at the very least, if you’ve forgotten it or have some kind of aversion to it, refrain from using the ceiling handholds when someone is within smelling distance of your pits.

29. Don’t put your bag(s) on empty seats. They belong on your lap or on the floor.

30. If someone is in a rush, be considerate and let them touch on before you touch off.

31. Don’t be rude to tourists. Or anyone, really. But our public transport quirks are pretty mysterious for locals, so they’re bound to be baffling to out-of-towners.

32. Certain ferry routes (Circular Quay to Manly, Taronga or Cremorne, we’re looking at you) have a higher-than-average tourist contingent, especially in summer. Those passengers will likely not be in the same hurry to get places as you, but don’t sap their holiday joy just because you’re a grumpy commuter.

33. Don’t cut in front of people just as they’re going to touch off on the light rail. We've all got places to be. Wait your turn.

34. Do not be furious or rude to the light rail staff at Central when the tram gets full at peak hour before you’ve boarded. They do not have dominion over the laws of physics; when the tram is full, it’s full.

35. When you’re drunk, the tram, train, bus or ferry you’re on does not suddenly become a wonderful opportunity to widen your social circles. Some people will not enjoy the slurred banter of some random grog-jockey, especially if they’re travelling on their own at night. We’re happy you had a nice evening, but you still need to respect the personal space of fellow passengers.

Forget public transport – it's time to escape the city. 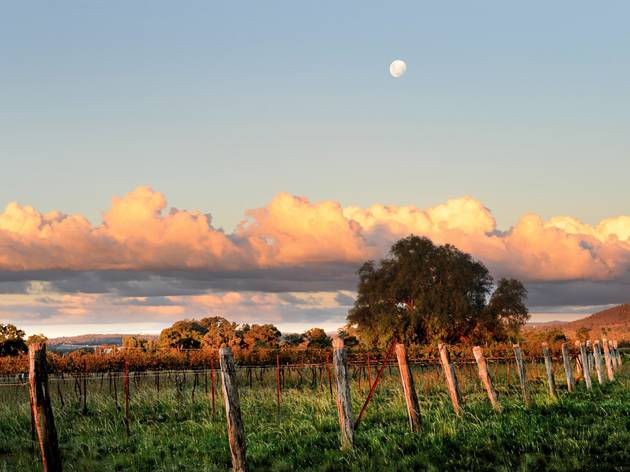 Escape from Sydney to one of NSW's relaxing rural retreats. 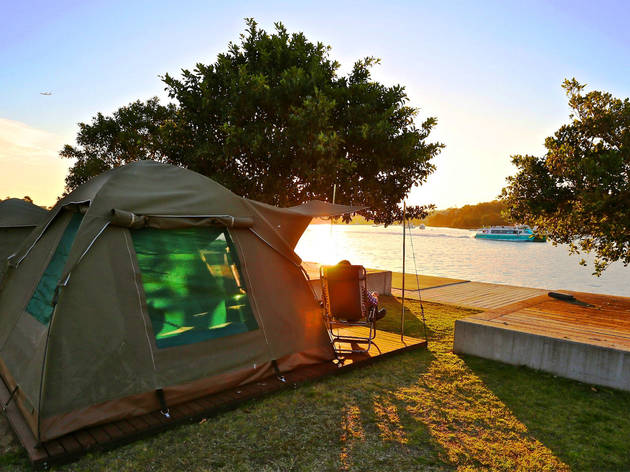 Check out our edit of the city's best camping sites.