With the stereotype of dorky floral shirts, tiki mugs and packed beaches, it's easy to think of Maui as just another place where tourists come to let their skin sizzle. But there's so much more to this Hawaiian paradise than meets the eye, especially if you like whales, kayaking and ahi poke tacos.

For more travel inspo, check out our guides to San Diego, Wellington and (for something closer to home) the Whitsundays. 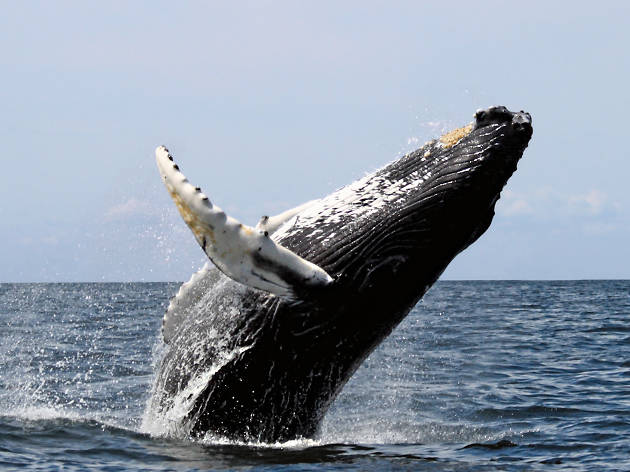 Maui, the second largest Hawaiian island, is one of the best places on the planet to see whales up close. Every year, thousands of North Pacific Humpback Whales come and play in the warm waters of Hawaii for their annual northern winter migration and Maui is where they like to call home from November to May.

There are several ways to see the whales: by sitting on the beach in Wailea, by taking a cruise, paddling around them in a kayak or a canoe, or viewing them from a helicopter. The team at Hawaiian Paddle Sports can take you on a canoe tour to get up close with no crowds, engines or noises; or get in a kayak with Maui Kayak Adventures and paddle close to the whales, and afterwards snorkel with green turtles.

You can also see the great beasts from above on a chopper tour with Blue Hawaiian Helicopters, and the journey to book is the West Maui and Molokai Adventure. You’ll fly over the ocean between the two islands and see the whales breaching below, before taking a ride over the waterfalls on Molokai and then the sea cliffs (the highest in the world). Fly through the valleys of the West Maui Mountains, particularly spectacular when the clouds are rolling over the hills. Blue Hawaiian also offer tours over the island’s dormant volcanoes.

The drive across Maui to the town of Hana is equally spectacular: nearly 600 turns and 54 one-lane bridges take you through rainforests, past waterfalls and along the coastline. You can book a car from Kahului Airport. While you've got the car, take a drive to the former 19th century whaling village of Lahaina, the Kingdom of Hawaii’s ancient capital, where shopping, galleries and waterfront dining abound. 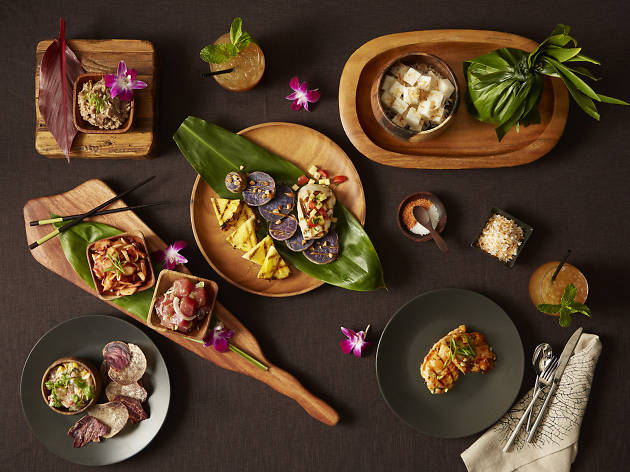 While in Lahaina, stop by Duke’s Maui for island cuisine, Tiki cocktails and Hawaiian music. Must-orders are the panko-crusted calamari, ahi poke tacos, Maui onion soup, the heritage pork shank and the Hula pie. On the drinks side, the signature Mai Tai is always a winner, as is the Presley mocktail, named in honour of the Elvis film Blue Hawaii.

At the Four Seasons Resort Maui at Wailea (see Stay), the view over the beach from Ferraro’s at lunch and sunset is the best on the coastline. During whale watching season, expect to see whales jump out of the water in front of you as sip on a local Bikini Blonde lager or a glass of Sangiovese. Order the local Keahole lobster conchiglie, the Snake River Farm Wagyu Flat Iron steak, and a side of cauliflower.

Or for a truly decadent experience, you can have a luau feast on your lanai (balcony) complete with Mai Tais, Hawaiian musicians and hula dancers. Usually, a luau is an event for the masses, but you can have your own for US$180 for two people. 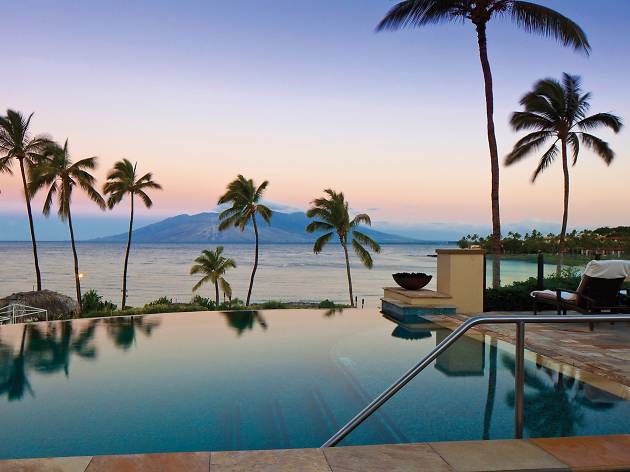 Sitting in an infinity pool with a Mai Tai in hand, watching whales breach just several hundred metres away, is one of the most amazing experiences to be had at any hotel in the world, and when you’re staying at the Four Seasons Resort Maui at Wailea, that’s exactly what you get. Even when the whales aren’t visiting the Wailea coastline in their thousands each year, the view from the pool over the West Maui coastline is one of the best on this island. Being in the water is a key theme at the property – there’s an adults-only infinity pool, main fountain pool and a children’s pool, as well as the beach at the front of the property.

There are 383 rooms, including 75 suites. You want to book an ocean view prime room that looks west to enjoy the sunsets from the balcony. Inside, you’ll find TVs with device mirroring so you can watch your own content; large bathrooms with two sinks, a deep soaking bath and a shower; and a signature Four Seasons king bed or two queen beds. Bars and restaurants at the resort also include Duo Steak and Seafood for a Châteaubriand, alongside the newly-opened Beachwalk Café for a macchiato, house-made gelatos or a wrap. There’s also live music in the lobby lounge daily. Spa treatments are available in oceanside huts (book a Hawaiian lomi massage) for up to two people at once, while poolside massages are also available throughout the day. 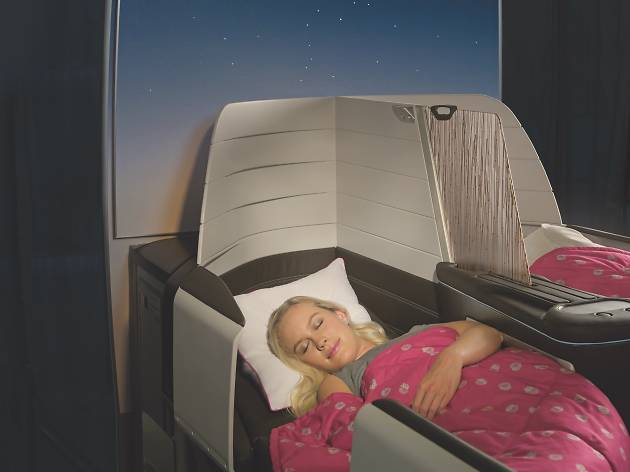 Hawaiian Airlines flies daily to Kahului Airport in Maui via Honolulu. Hawaiian recently launched a new onboard experience with a completely revamped Business Class cabin and more Extra Comfort seats. In Business Class are flatbed seats that fold down into 180-degree beds that are 52cm wide by 193cm long. Also expect a Mai Tai on arrival (and during the flight), a new Hawaiian-styled meal service and, after dinner, a new sleeper service on the overnight flight to Honolulu that features pink duvets and pillows and new amenity kits. Entertainment comes in the form of large-format iPad tablets that sit on a telescoping arm – ideal if you want to watch content on your own device.

Looking for somewhere closer to home? 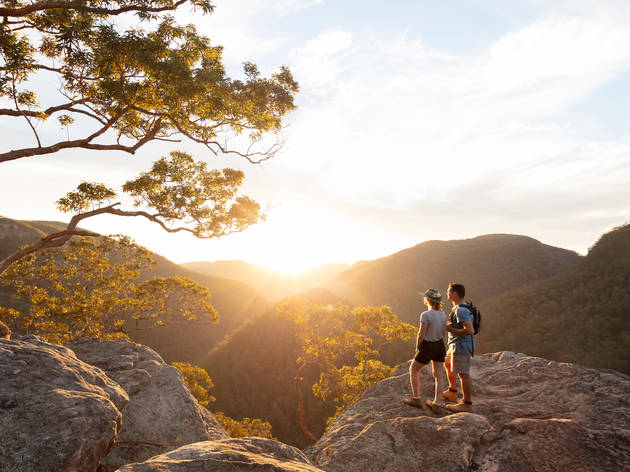 Escape from Sydney to one of NSW's relaxing retreats. From fantastic local food and wine to shopping, great art, spas or adventure, you'll return to Sydney a new human.