These Tokyo landmarks are lighting up for the Tokyo 2020 Olympics

Catch the Rainbow Bridge, Tokyo Skytree and more lit up in the colours of the Olympic rings 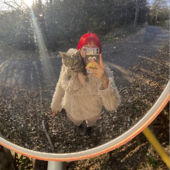 We are now well into the Olympic Games and Tokyo is in full Olympic mode, with many sights and activities to enjoy even if you can’t watch the Games in person. If you’ve already caught a glimpse of the Olympic cauldron and shopped for commemorative merchandise, you’ll want to keep your eye out for the stunning Olympic illuminations currently happening around the city.

Tokyo’s most iconic landmarks have been lighting up to celebrate Tokyo 2020, including the Rainbow Bridge and Tokyo Skytree. Even the Cosmo Clock 21 Ferris wheel down in Yokohama is getting in on the action. If you’re hoping to snap some photos, here’s where you’ll find the Olympic-themed illuminations around Tokyo.

Tokyo’s tallest structure is lighting up every night in the colours of the Olympic rings from 7pm to 6am the following morning. Near the top of Skytree, you’ll also be able to spot the Olympic rings lit up brightly in white. The light display runs until Sunday August 8, the last day of the Olympics.

If you’re taking an evening stroll around Asakusa, you might as well make a stop by the Azumabashi Bridge, which crosses over the Sumida River near Asakusa Station, as it is also lit up in the Olympic colours. From the right angle, you can even get both the Skytree and the bridge in one single shot.

The Azumabashi Bridge isn't the only one lit up for the Olympics. Ten bridges that cross over the Sumida River, including the Tsukiji Bridge, Kachidoki Bridge and Kiyosu Bridge, are also lit up for the occasion. The bridges will all be lit until the end of the Paralympics on Monday September 6.

Tokyo’s Rainbow Bridge is always a stunner, but it’s usually only lit up from 30 minutes after sunset until midnight. During the Olympics, the Rainbow Bridge has extended its light up hours until sunrise. The extended lighting hours will be on until Sunday September 5.

Yokohama's Cosmo Clock 21 Ferris wheel down in Minato Mirai is getting into the Olympic spirit by projecting 'Tokyo 2020' along with animations of the famous pictograms that you might recognise from the opening ceremony.

The projection is visible on the Ferris wheel from 7pm to 8pm daily until the end of the Games on Sunday August 8.

Explained: the extra layers of meaning behind the Tokyo Olympic victory bouquets

Watch: here’s what life is like for athletes in the Tokyo Olympic Village

Watch: international athletes are raving about the food at the Olympic Village

Tokyo convenience stores are an unexpected champion at the Tokyo Olympics

Want to be the first to know what’s cool in Tokyo? Sign up to our newsletter for the latest updates from Tokyo and Japan.