New Year is the most auspicious holiday in Japan, and custom dictates that one should visit a temple or shrine to ask for good luck for the coming year. This practice, known as hatsumode, is usually performed on New Year’s Eve and the first three days of January, when many businesses in Japan are closed so everyone can partake in the age-old tradition.

While big names such as Meiji Shrine and Sensoji Temple are top of everyone’s mind for this special occasion, and hence are frequented by overwhelming crowds, there are other shrines to visit, too. Locals call these lucky shrines the ‘power spots’, in reference to their purported rich spiritual and mystical energy, which you can ‘tap into’ to connect with nature and your surroundings. So open your mind and kickstart the new year on a positive note at one of these seven good-luck ‘power spots’ in and around Tokyo. 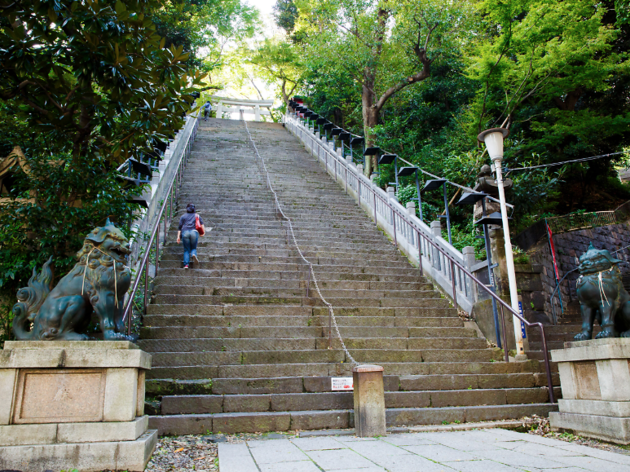 This shrine stands atop Atago Hill at a height of 26 metres and is dedicated to Homusubi-no-mikoto, a fire deity. It was built in the early days of the Edo Shogunate in 1603 by Tokugawa Ieyasu to protect the capital from fire and disasters.

Its best-known feature is the steep stone staircase of 86 flights, which extends up from the main gate to the leafy inner grounds. The stairs are known as the ‘stone steps to success’, due to an origin story in which Magaki Heikuro, a Sanuki clan member, rode his horse up the hill on the orders of third-generation Shogun Tokugawa Iemitsu to prove that he was the best horseman in all of Japan. 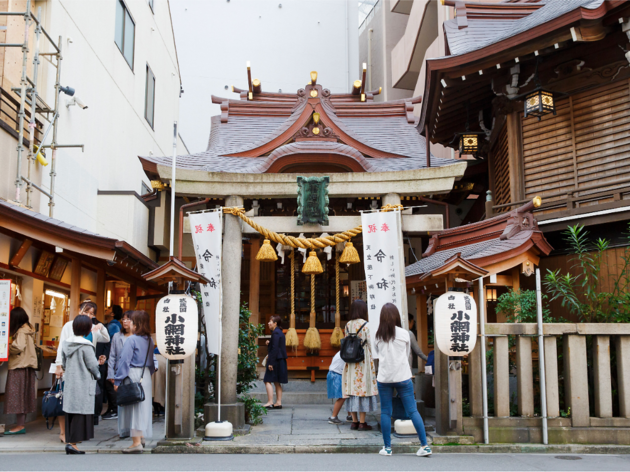 This historic shrine in Nihonbashi dates back about 1,000 years. It was miraculously left unscathed by the bombings of World War II and, legend has it, that all the soldiers who received blessings from the shrine during the conflict returned home safely. As such, it is celebrated for its ability to ward off harm. At the annual Doburoku Festival in November, visitors can receive doburoku (unfiltered sake) made from the year’s new grain harvest and witness the Satokagura-mai, a sacred dance that has been designated a national intangible folk culture asset. 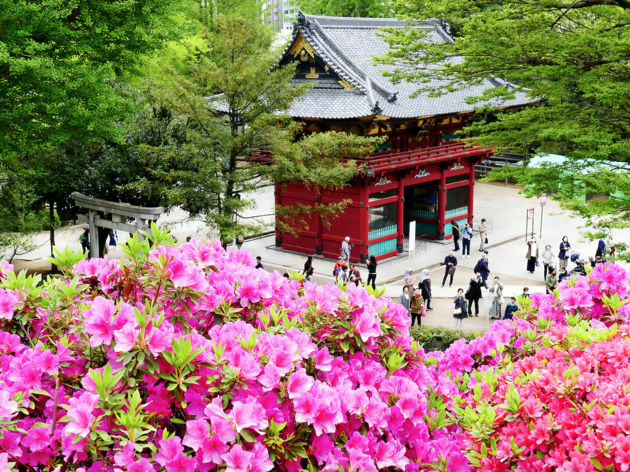 Built in 1706, Nezu Shrine is an excellent example of Edo-period shrine architecture. Its majestic red and gold lacquered buildings miraculously escaped destruction by the earthquakes, wars and fires that ravaged Tokyo in the 20th century, leading locals to believe the place is blessed with divine protection. Although Nezu Shrine is famous for the spring blossoming of its 3,000 azaleas, the serene grounds filled with mature, shady trees make it a pleasant spot to visit any time of the year. 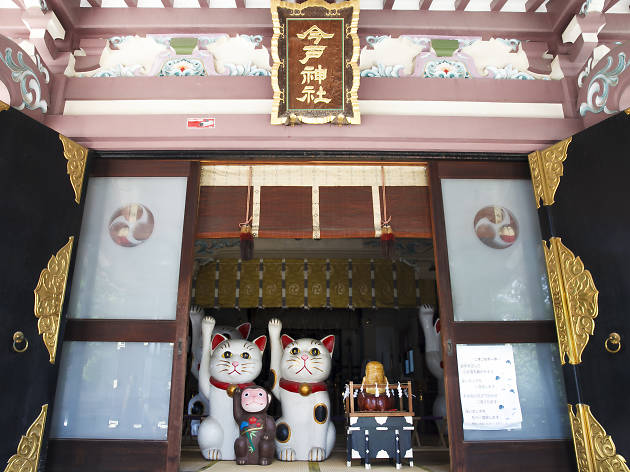 This house of worship, where the male and female deities Izanagi-no-mikoto and Izanami-no-mikoto are enshrined, is known for its connection to marriage. Imado is also believed to be the birthplace of maneki-neko, the cat that beckons good fortune. A pair of male and female maneki-neko figurines is said to bring good luck in relationships as well as success in business.

As such, Imado Shrine is home to a variety of maneki-neko, and there are cute lucky cat charms for sale as well. At the shrine you can meet the wife of its head priest, Mrs Keiko Ichino, who is revered as a ‘human power spot’. You’ll find her sharing her happiness and good energy with visitors by handing out four-leaf clovers and cherries from the shrine grounds. 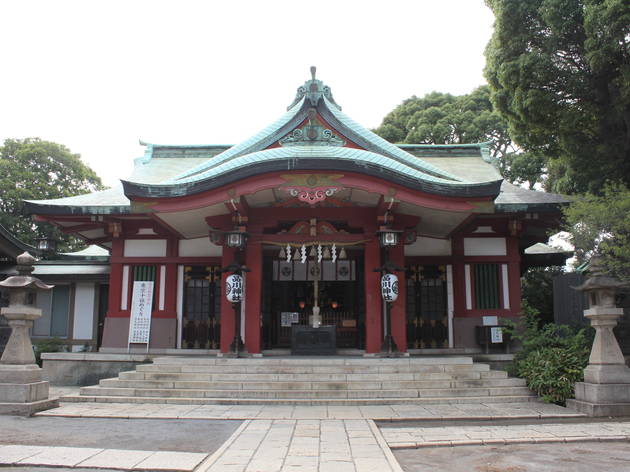 Near Shinagawa Station, this shrine is popular with devotees seeking to improve their financial fortunes. Locals believe the shrine was established in 1187 by Minamoto no Yoritomo, the first shogun and founder of the Kamakura shogunate, to honour a deity who protects seafarers and ensures that prayers are answered. Today the shrine is closely associated with Daikokuten, the god of wealth and one of the ‘Seven Deities of the Tokai Region’ and, as such, Shinagawa Shrine is revered as one of the ‘Ten Tokyo Shrines’.

The shrine grounds are home to Fuji-zuka, a 15-metre man- made hill created in 1869 by a group of Mt Fuji worshippers known as Fuji-ko, to symbolise the act of scaling the sacred mountain itself. The spring equinox sees a ritual known as the ‘Pilgrimage of the Seven Torii Gates’, at which participants walk through the seven torii gates on the shrine grounds to pray for health and a long life. 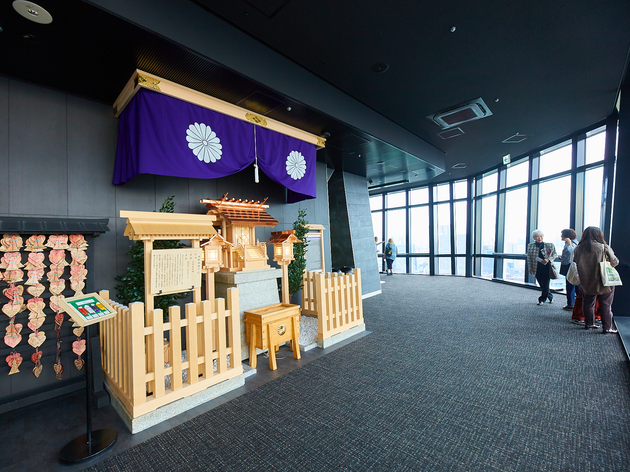 This shrine, the highest in inner Tokyo, is located on the second floor of Tokyo Tower’s recently renovated observation deck. It was consecrated by the Ise Grand Shrine in 1977 and as such, boasts a powerful origin. Today it’s linked to the fulfillment of romantic aspirations and the answering of prayers. Because of its sky-high location, at 150 metres above the ground, the shrine is a frequent destination for students praying for ‘higher’ grades. However, to get into the observation deck, you need to cough up ¥1,200 for the admission fee. 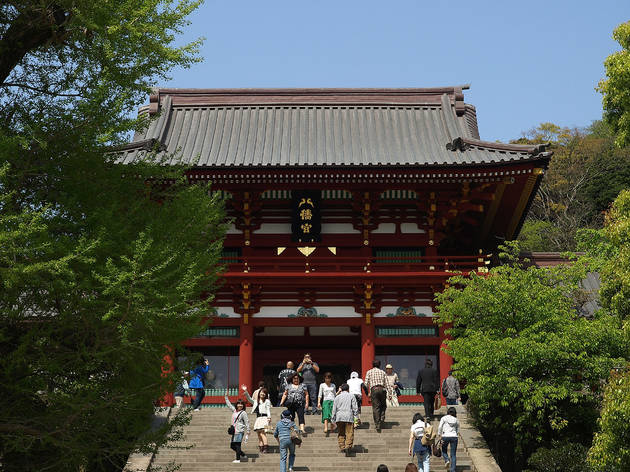 This is one of Japan’s three major Hachiman shrines, dedicated to the guardian deity of the Genji clan and the Kamakura warriors. It was established as a branch of Kyoto’s Iwashimizu Hachimangu, where samurai Minamoto no Yoriyoshi prayed in 1603 when he won the battle of Oshu, before returning to Kamakura and established himself as the deity of the Genji clan. The shrine is associated with a wide variety of blessings including romantic success, household safety, health and longevity, academic success and traffic safety. Some 2.5 million people visit the shrine each New Year.

The Hata-age Benzaitensha in Tsurugaoka Hachimangu is home to the Masako Stone, which was placed in memory of Hojo Masako (wife of Minamoto no Yoritomo, the founder of the Kamakura shogunate and Shinagawa Shrine; see left), who prayed at the shrine for the safe delivery of her baby. 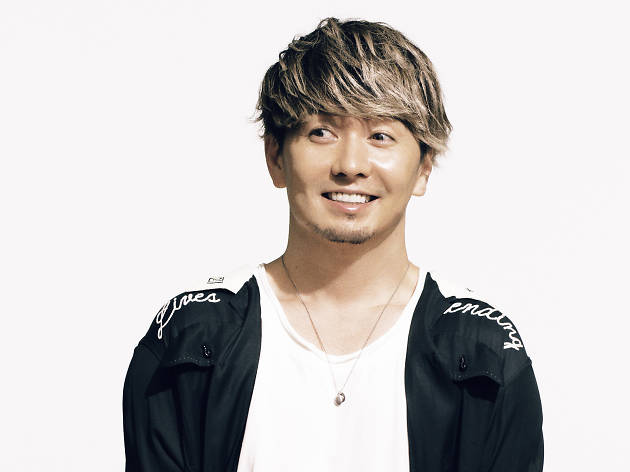 A member of Japanese reggae band Shonan no Kaze, Shock Eye has been hailed by local media as a lucky charm or, in local lingo, ‘walking power spot’. Rumour has it that setting his photo as the wallpaper on your phone’s locked screen will somehow improve your luck.

It all started when popular fortune teller Getters Iida told Shock Eye that he is one of the top two luckiest people he has encountered. An actor friend later set a wallpaper of Shock Eye on his phone and apparently began to receive major job offers and other good fortune. Coincidence or not, several such events occurred and word began to spread, with Shock Eye being called a ‘walking power spot’.

Since then, Shock Eye has been trying to attract more positivity into his life. In addition to praying at his household shrine every day and visiting more shrines in his spare time, Shock Eye revealed that he has adopted many positive habits, such as avoiding the use of negative words. 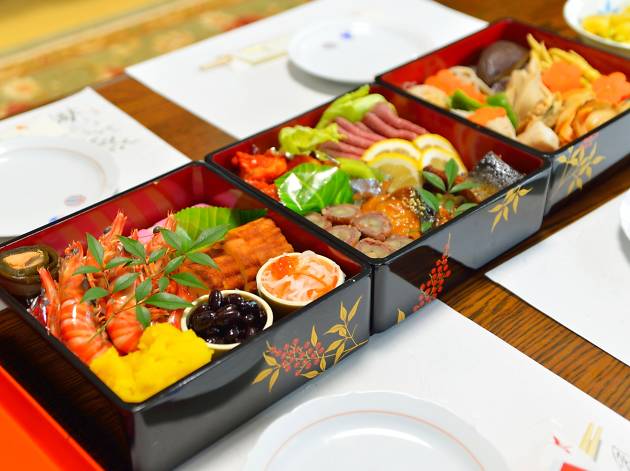 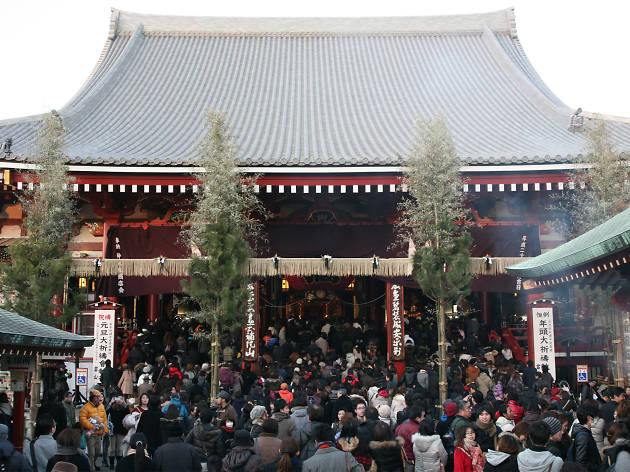 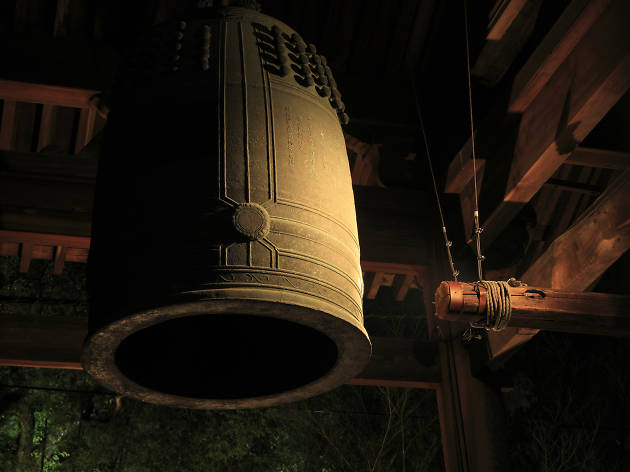 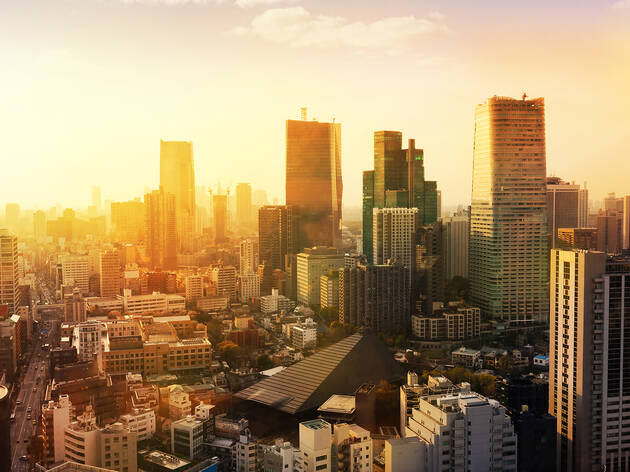