If we translate the name of this neighbourhood it literally means Royal Prince. With restaurants, bars, stores, and art galleries everywhere,  this neighbourhood is clearly attempting a rise to the throne. Hang in the coolest bars, shop at the dopest stores or just go for a bite. Here is all you need to know to explore Príncipe Real.

It’s the neighbourhood with the most alternative shops, colourful fun nights and the hottest restaurants. There’s a lot to see and do and the offer is varied and does not disappoint. If you’re here for the food than be ready to taste a bit of every corner of the world.

Recommended: 101 things to do in Lisbon

Top 10 things to do in Príncipe Real 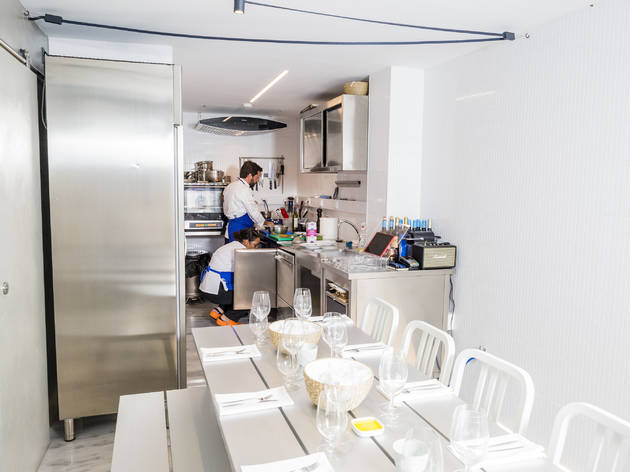 A year ago, the Time Out crystal ball predicted that restaurants with limited seating would become a trend. The recently opened Local, with only 10 seats, all on the same table, and a surface of just 18 square metres, fits the pattern. Every night from Tuesday to Saturday, it offers two dinner slots (8pm-10pm and 10pm-midnight) and the kitchen is run by a team of three chefs, currently managed by Manel Limo. 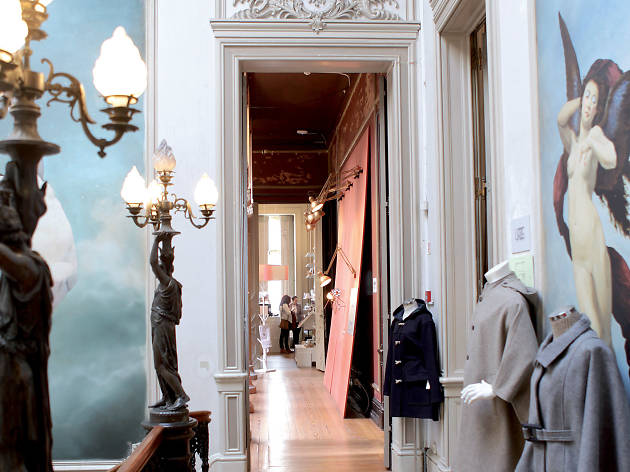 Austrian real estate developer Anthony Lanier has been playing Monopoly in Príncipe Real since 2005 - with real banknotes. He was responsible for the renovation of the historical area of Georgetown, in Washington DC, and he’s responsible for Príncipe Real’s new breath of life. His firm, Eastbanc Portugal, purchased 20 buildings in the neighbourhood, including the one housing Jamie Oliver’s new restaurant, and the palace that is Embaixada, the department store selling designer items and Portuguese artwork. It also has two restaurants and a gin bar. 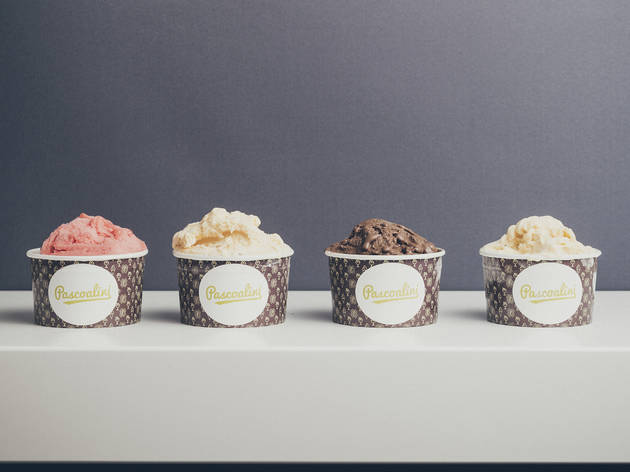 Pascoalini opened in May 2017 in Príncipe Real, with typical Ribatejo flavours, including olive oil ice cream, for those brave enough to try it. There are close to 100 flavours which vary according to the season, like Black Krim tomato, Portuguese pear or green apple. 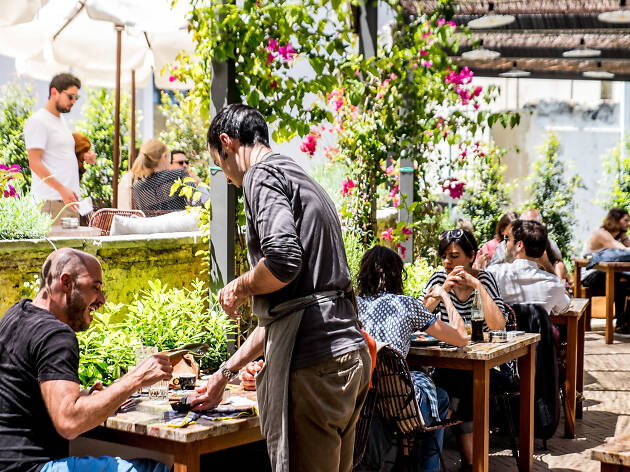 ZeroZero opened at the end of 2015, and already it’s hard to plan a meal in the area without thinking about this wood oven pizzeria. The restaurant has a large terrace that draws crowds on sunny days and hot nights. Near the entrance, there’s a little deli area with products you can take home, and a long waiting line. Doesn’t accept reservations. 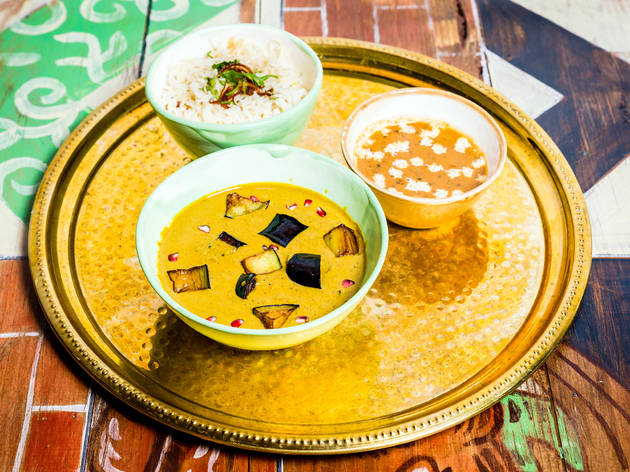 They say Lisbon is the new Berlin, and this is what brought the Indian owner of Chutnify, Aparna Aurora, to move here in August 2017, after distinguishing herself with the German restaurant of the same name. She worked in fashion, lived in various cities, including New York, São Paulo and Mexico City, and she ended up in the oh-so-exotic Príncipe Real. In her new Indian restaurant (which is modern, but not fusion, and which just won first place in our imaginary list of coolest restaurants in the city), you must eat with your hands. The menu includes pani puri (€4.50), spicy duck (€12), potato masala (€8.20) and bagare baingan (€10), made with aubergine, peanuts and coconut. 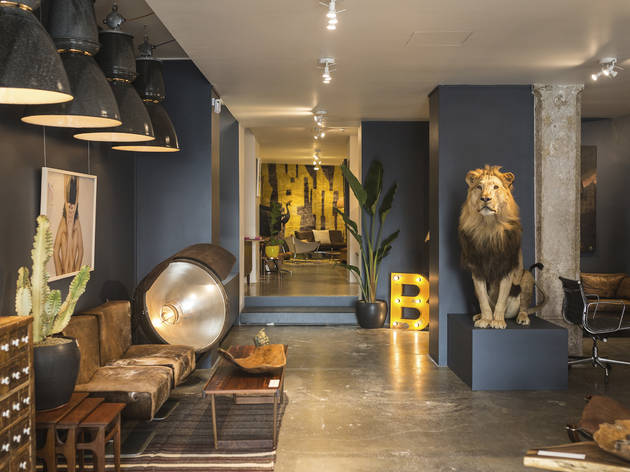 It used to be a stuffed lion catching the attention of passers-by, but it has since been replaced by a polar bear that could easily have its place in Salvador Dalí’s house. This store sells items designed by its owners, Alma Mollemans e Emily Tomé, original Polaroid cameras and homeware. 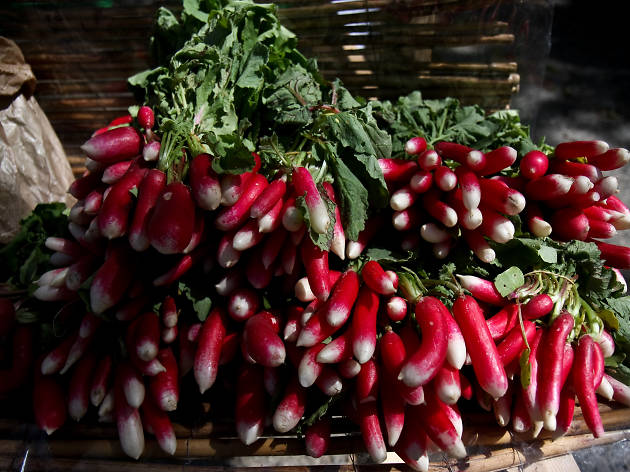 Olive oils, jams, aromatic plants, dried fruit, olives and vegetables from small and medium organic producers… if you’re missing the healthy country life, you can find it in Príncipe Real every Saturday from 9am to 3pm, when the organic fair fills one side of the garden with little stalls, and sellers serve their faithful regulars. The quality of the products here is completely different from what you can find in supermarkets. 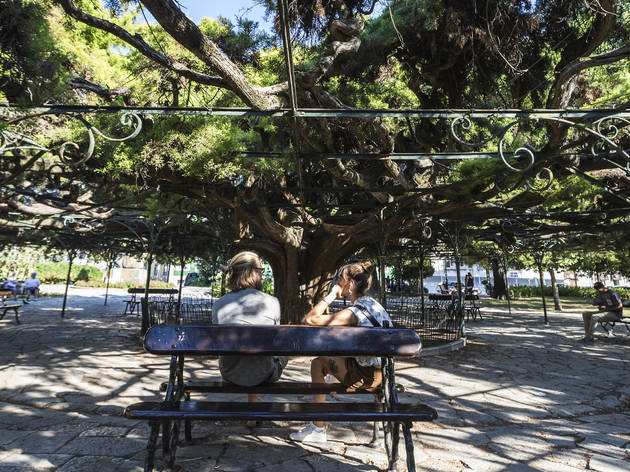 The most famous tree in Jardim do Príncipe Real is 20-metre wide at the top. It’s a 150-year-old cypress tree that has already survived a number of fires. The garden, which has kiosks, an esplanade and a covered bar for rainy days, is the home of many treasures, the latest of which was built last year: a memorial dedicated to victims of homophobia, representing “a man and a woman inside a closet, trying to get out”, according to the president of Opus Gay. 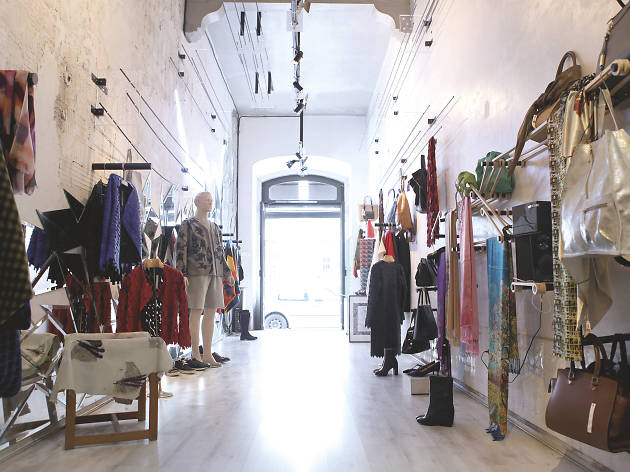 Lidija Kolovrat was one of Príncipe Real’s first tenants, when the area was just beginning its transformation to fashion district. The Bosnian designer opened Kolovrat79 in 2010 (a store downstairs with a workshop on the top floor). Since then, she also created an online shop to showcase her creations. In the same area, if you notice endless lines of well-dressed young men waiting at the door of Nuno Gama’s store, it means the ModaLisboa fashion festival is about to start. Every year at the start of March, the designer casts new models in his store/workshop/barbershop on Rua do Século. Maison Nuno Gama opened in 2014. 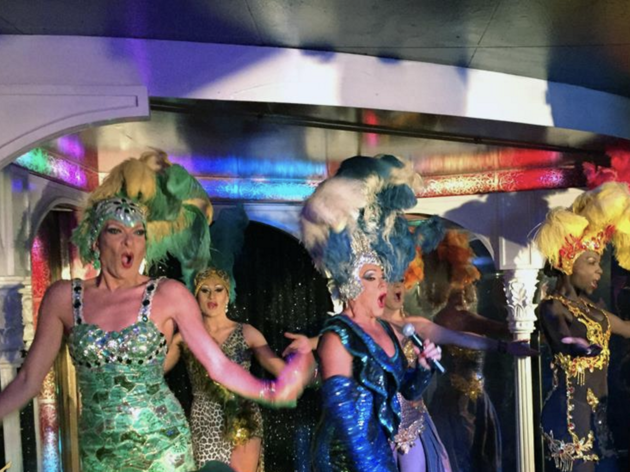 Príncipe Real is Lisbon’s gaybourhood, so you’ll find bars for every letter in the LGBT acronym. Trumps is the most popular for under 30s, playing house and pop music. Construction is another popular club on Friday and Saturday nights. For drag shows, there’s nothing like Finalmente, which is open every day of the week - even Mondays. If you just want to grab a drink, try the recently opened Corvo, a man cave that serves cocktails and petiscos, including oysters in the summer. 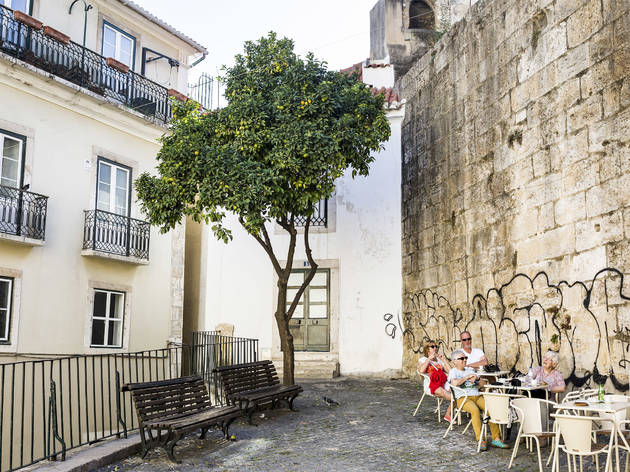 The views, the people and the streets. Alfama was once the whole city of Lisbon, and although the city grew, it remained the heart of the capital. Get ready to get lost in its picturesque streets and meet its deepest and most well kept secrets. 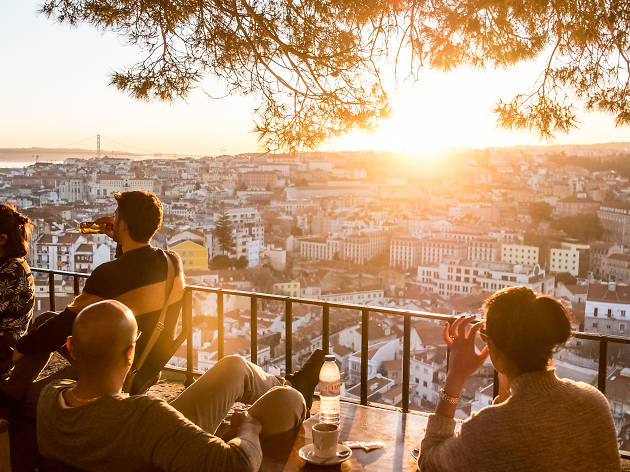 Play detective and search for little villas, eat fresh fish and have a toast with sparkling sangria, you'll fit right in. Afterwards, walk around the neibourghood and visit one of the most famous Lisbon Castle and take it all in - this is as typically Portuguese as it gets. Don't get lost and make sure you cover the list with all the top 10 things to do around Graça and Castelo. 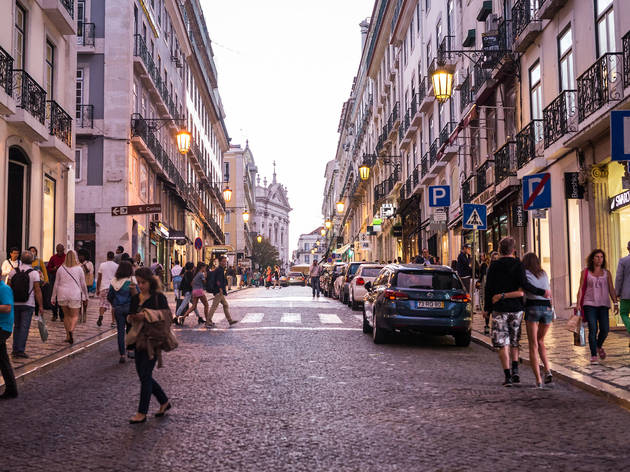 Families, celebrities, tourists, divas, intellectuals or fools: everyone strolls around the most famous and dearest of neighbourhoods. All roads lead to Chiado. Take a walk on the city's red carpet and release your inner Prima-Donna. We promise it's okay, just go with it. 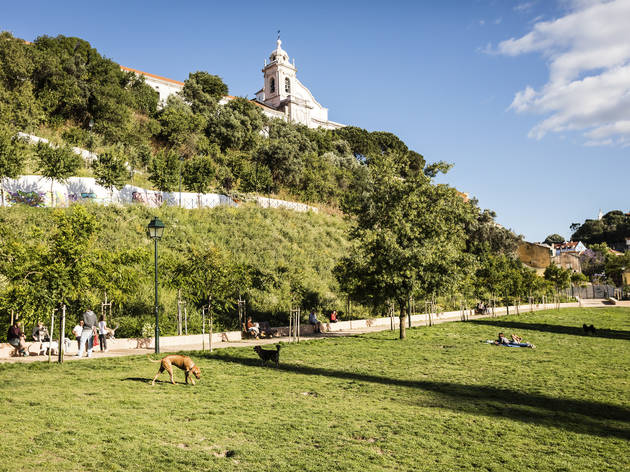 Play detective and search for little villas, eat fresh fish and have a toast with sparkling sangria so you can fit in. Getting lost in Graça is like being part of a treasure hunt: you never know what you might find. We know your parents told you not to talk to strangers but in this case, you must. Meet the locals, the culture and the hidden jewls of this amazing areas.