It’s not hard to get a flavour of the past in London: buildings that survived the Great Fire of 1666 still stand, and Georgian and Victorian terraces are some of the most iconic images of the city. But at the same time, this is a city that never stands still. Even the largely nineteenth-century suburbs have seen their fair share of change thanks to 1940s bombing and post-war redevelopment. Dive into our ‘Then and Now’ picture series and trace the changes to different parts of London, from famous central landmarks to much-loved neighbourhood venues. It’s a fascinating portrait of our ever-shifting capital, where brand new office blocks sit next to mediaeval churches and Roman ruins nestle into brutalist concrete.

London landmarks then and now 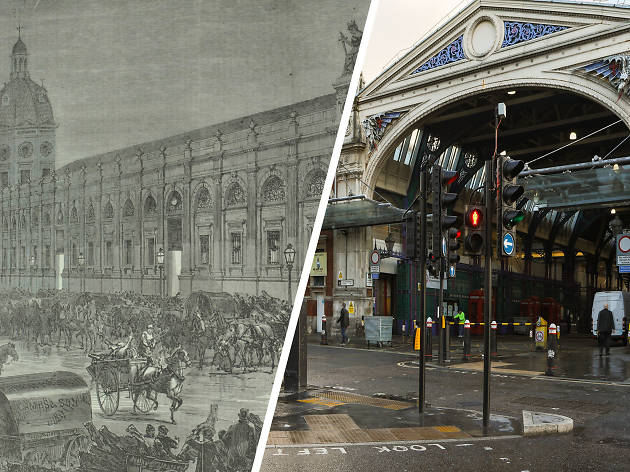 A century and a half ago, on November 24 1868, a great banquet was held to mark the opening of the brand new Smithfield Market. Grandees from the City and the meat trade dined on boars’ heads and barons of beef under the arc of the Grand Avenue.

Livestock trading had taken place on the site since the tenth century, but by the Victorian era, the ramshackle market had become dirty and dangerous for animals and humans. Live cattle trading was moved to Islington, and Smithfield got its spectacular new Italian-inspired Central Market, designed by Sir Horace Jones, with an underground railway link. This woodcut from 1870 shows the building bustling with traders at 2am.

In the 150 years since that grand opening, Smithfield’s fortunes have waxed and waned. A Poultry Market and General Market were built, then destroyed and damaged by fire and WWII (the run-down General Market will soon become the new Museum of London). The original Central Market has fended off many redevelopment bids, and the latest proposal is to move the meat trade out of the City and merge it with two other historic markets. But for now, you can still pick up a side of beef here from 2am any day of the working week.

Archive image from Collage – The London Picture Archive, a free online database of more than 250,000 historical photos, maps and prints of London. 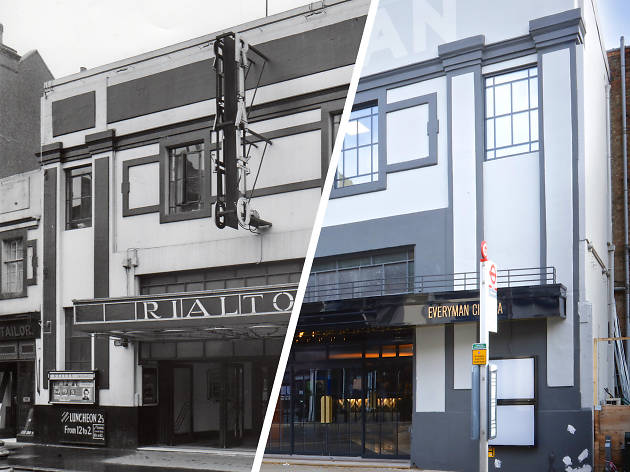 Crystal Palace hasn’t had a cinema for 50 years, but during the golden age of Hollywood, this corner of south-east London had two. Built and designed by cinema entrepreneur Alfred Charles Matthews, the Rialto opened on October 6 1928, with silent-era stars Anna May Wong and John Stuart attending the 1,393-seat picture palace’s opening screening of ‘Ramona’. The movies were incredibly popular at the time – in 1929 there was one cinema seat in the capital for every 20 Londoners – and by 1930, another Matthews cinema, the Albany, had opened just down the road.

Both picturehouses were taken over by the Granada chain after WWII and renovated by prolific cinema architect George Coles. Amid declining audiences across the UK, the Albany (renamed the Century) closed in May 1958, and the Rialto (later named the Granada) closed in May 1968.

Just a month after the former Rialto shut, Granada reopened it to capitalise on a new craze: bingo. The building hosted legs-eleven sessions for around 40 years, until 2009. The next tenant was the Kingsway International Christian Centre, which was refused permission to convert the building into a church.

Finally, in January 2018, the building was bought by the Everyman chain following a local campaign to bring a cinema back to SE19. Everyman Crystal Palace opened in November with four screens, Dolby Surround Sound, 4k projection and comfy sofa seats. And what about its little sister down the road? Having served as a car showroom and a funeral parlour, the old Albany stands empty, waiting for the next golden age of cinema. 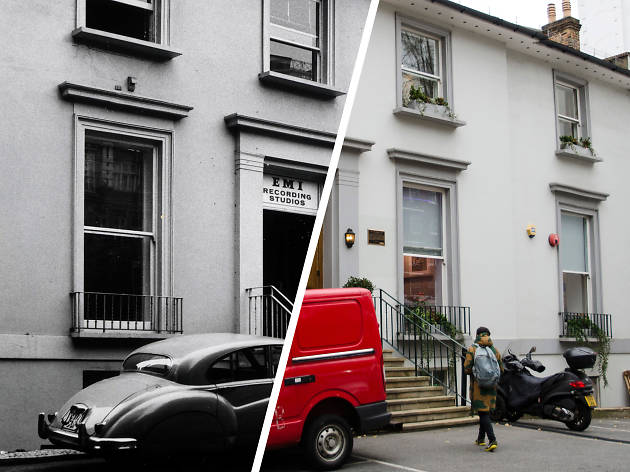 On November 12 1931, EMI opened its brand new recording studios on Abbey Road with a session by Edward Elgar and the London Symphony Orchestra. Glenn Miller and Cliff Richard were early clients, but the studio’s reputation really started to snowball when The Beatles, who recorded nearly all their albums there, named their 1969 LP ‘Abbey Road’.

Soon musicians (and tourists) were flocking to NW8. Pink Floyd, Fela Kuti, Kate Bush, Radiohead, Oasis, Nick Cave, John Williams and The Killers are a few of the names who’ve passed through, and the zebra crossing outside has become a tourist attraction in its own right.

In 2010, there were reports that the complex could be sold and redeveloped. But when EMI was bought by rival music group Universal in 2012, Abbey Road got a new lease of life. Since then the studios have had a major technical upgrade, hired disco legend Nile Rodgers as chief creative advisor and started to open themselves up to up-and-comers without the budgets for its legendary Studios One and Two, such as grime MCs and young pop artists Novelist, Jess Glynne and Tinashe. Here’s to the next 87 years! 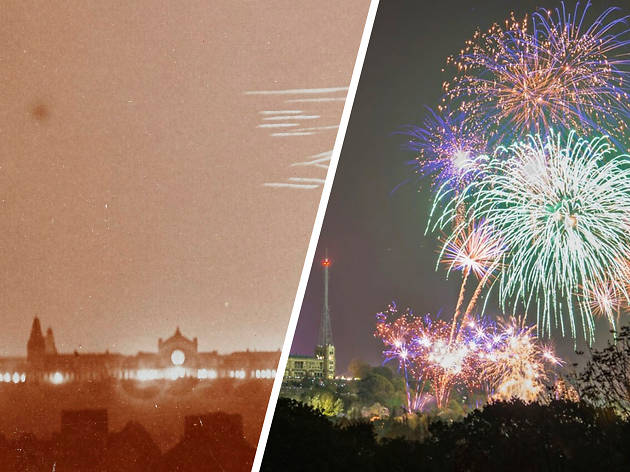 Sixteen days after the original Alexandra Palace opened in 1873, it was gutted by a huge fire. Undaunted, the owners quickly rebuilt the ‘People’s Palace’ and marked the grand reopening with – what else? – a massive fireworks display. It was the first in a series which has been drawing Londoners in their thousands to Ally Pally ever since.

The immensely popular Victorian fireworks shows took place all year round and were devised by James Pain, whose firm supplied pyrotechnics to Ally Pally until the 1970s. Displays were accompanied by military bands, opera singers and ‘variety entertainment’, and cost a shilling for the day.

By the twenty-first century, Bonfire Night at Ally Pally had become a free, council-funded display. Government cuts killed it off in 2010, but it returned as a privately run event in 2013, expanded to two nights in 2016, and is now entrenched as one of the city’s best Guy Fawkes nights – partly thanks to being visible across swathes of north London, partly to canny curation of street food trucks, a German beer festival and circus acts plus big music names. Tradition is great and all, but we’ll take Norman Jay (who DJed in 2018) over a military band any day.