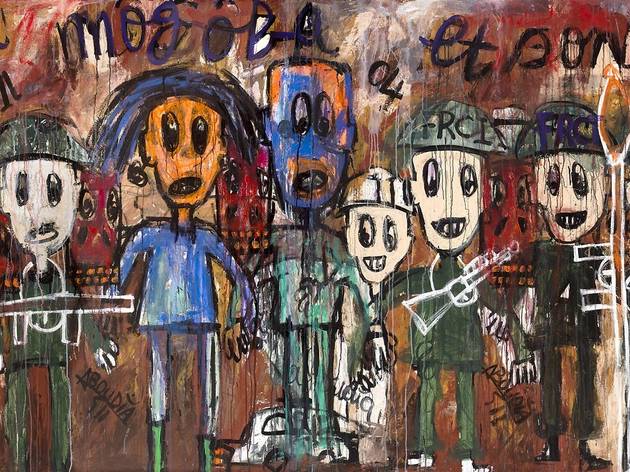 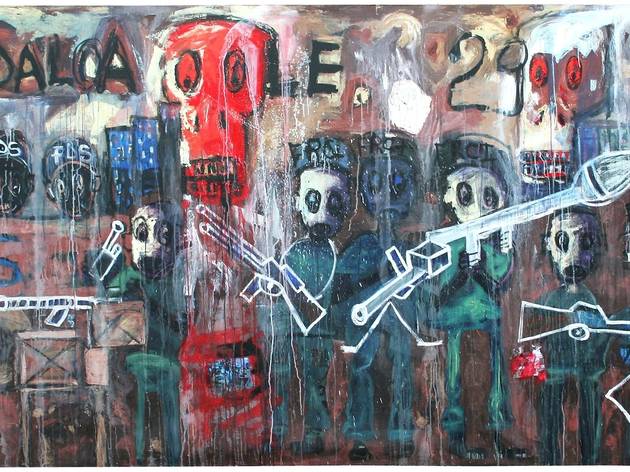 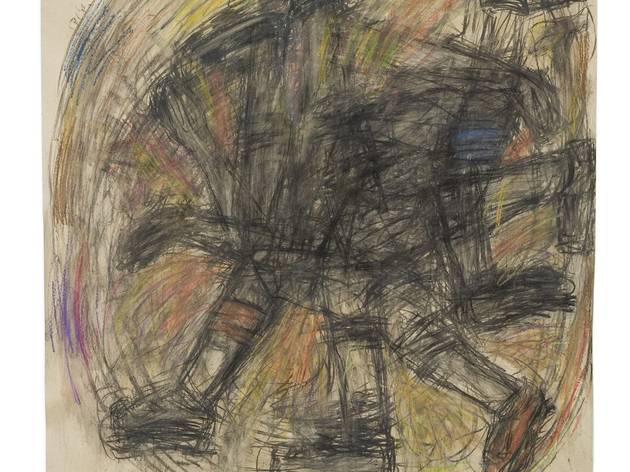 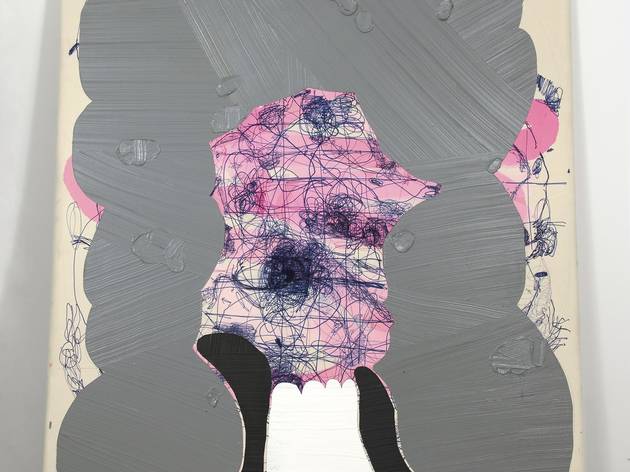 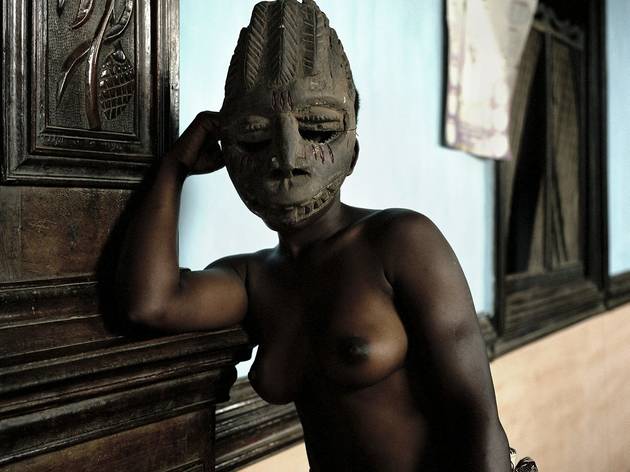 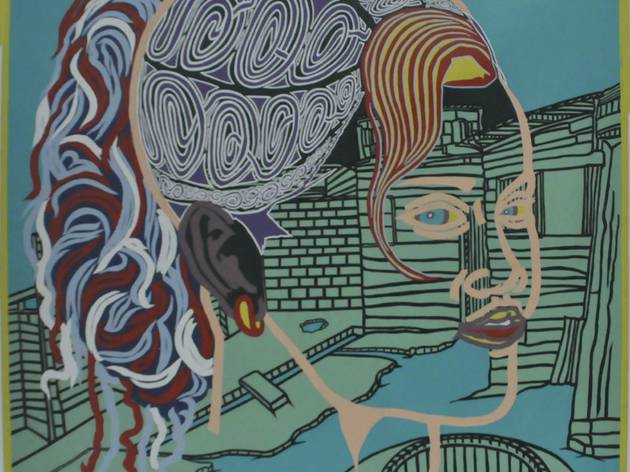 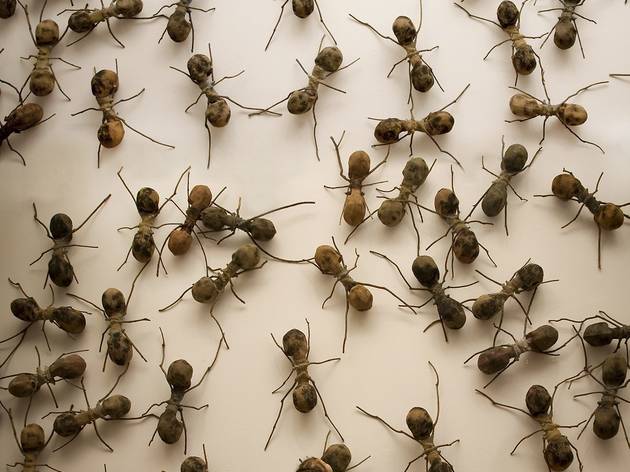 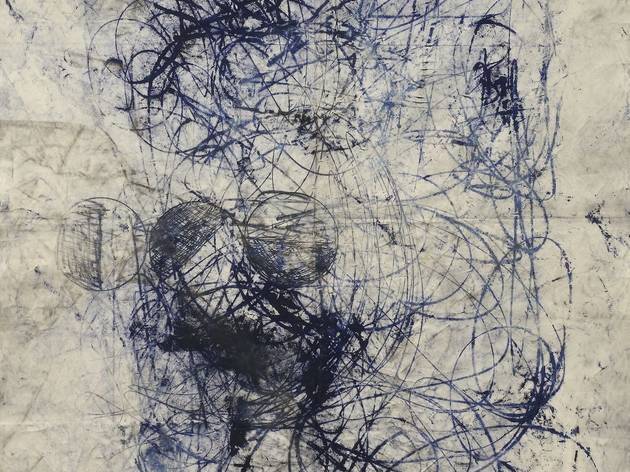 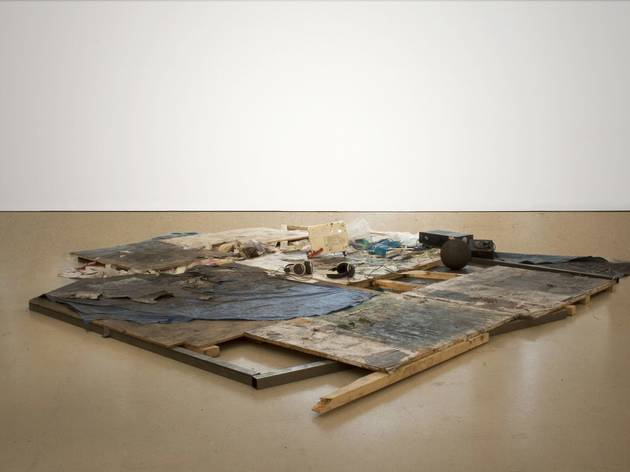 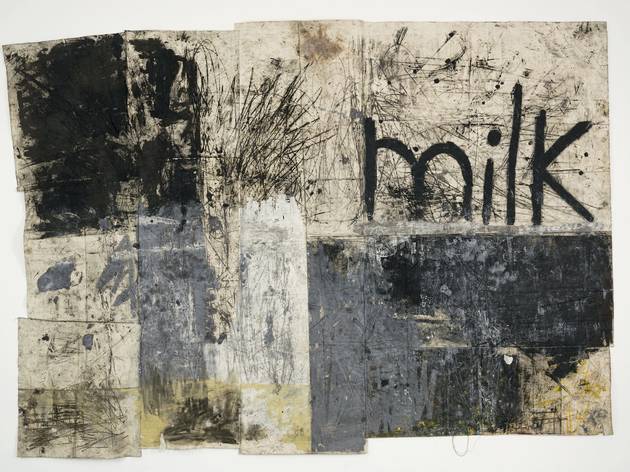 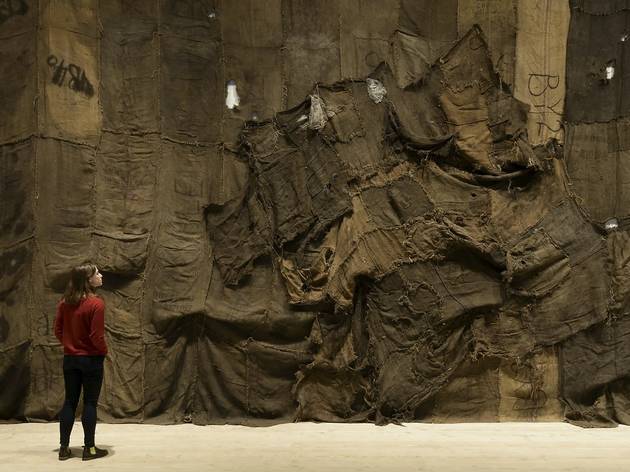 11/11
'Untitled', 2013&copy; the artist/Saatchi Gallery. Photo: &copy; Sam Drake, 2014
Advertising
In case you're not up on your geology, Pangaea is the most recent of a series of supercontinents. And by recent, I mean around 270 million years ago. That's before the dinosaurs, even before the first Royal Academy Summer Exhibition. This land mass contained all today's known continents. Which makes Charles Saatchi, who has called his latest show 'Pangaea', actually pretty restrained in limiting himself to art from Africa (54 countries) and Latin America (21 countries). Surfing various currents, the show includes bona fide international stars and intriguing names to watch. Here are the standout works.

At four metres long, this painting packs a mighty punch. And with good cause. Aboudia, born in 1983 in Abidjan, Ivory Coast, made the works in this series during the civil war of 2011. Taking refuge in an underground studio, he would venture outside to witness the destruction, firing back with paint in enraged visions of gun-toting skeletal figures in roiling, partly devastated landscapes. Fans of the emerging African art scene will recognise Aboudia’s Ivorian streetart-inflected work from his debut last year at Jack Bell Gallery in Mayfair. Saatchi isn’t his only high-profile collector: baseball superstar Alex Rodriguez (A-Rod) is also a fan. The artist now spends part of his time in Brooklyn, New York.

Leaning against a pillar in a grand, colonial building, Agbodjélou’s topless, mask-wearing demoiselle looks as if she’s stepped out of Pablo Picasso’s proto-cubist red-light wet dream ‘Les Demoiselles d’Avignon’ (1907). One of Benin’s best-known photographers and founder of Porto-Novo’s first photography school, Agbodjélou (born in 1965) has carved a niche for himself in sumptuous images that, with tongue in cheek, reclaim the dubious tags of ‘exotic’ and ‘other’ from Western art history.

More an infestation than an installation, Rafael Gómezbarros’s ‘Casa Tomada’ comprises hundreds of 50cm-long ants crawling across the gallery walls. Look closely and you’ll notice that each one is made of two joined casts of human skulls. The title refers to a ghost story by the Argentinian writer Julio Cortázar. Gómezbarros, born in Santa Marta, Colombia, in 1972, employs his army of insects to draw attention to the thousands of displaced people who haunt his
country’s history.

The knocked about look of Oscar Murillo’s painting is deliberate – his works begin life on the studio floor, picking up footprints and grime before an idea is hatched and they get promoted to the wall. There’s a sense of displacement in canvases where words and phrases pinched from advertising meet dirt, dust and transient scribbles that recall the work of late Cy Twombly. Saatchi owns quite a few; he didn’t have to go far for this shopping spree. Born in Colombia 28 years ago, Murillo, a Royal College of Art graduate, has been based in London for the past few years.

Like the flayed skin of some doomed, giant creature, Ibrahim Mahama’s stitched-together coal sacks drape over the gallery walls, spilling on to the floor. The 27-year-old Ghanaian artist recycles simple jute sacks, imported by Ghana Cocoa Board and later used by charcoal sellers, to make sombre, viscerally powerful environments, which are usually displayed outdoors – in market places and public squares. There’s a palbable sense of wear-and-tear in Mahama’s patched-up and grubby surfaces. These are the battle-worn scars of supply and demand writ large. It’s hard-knocks installation art at its very best. 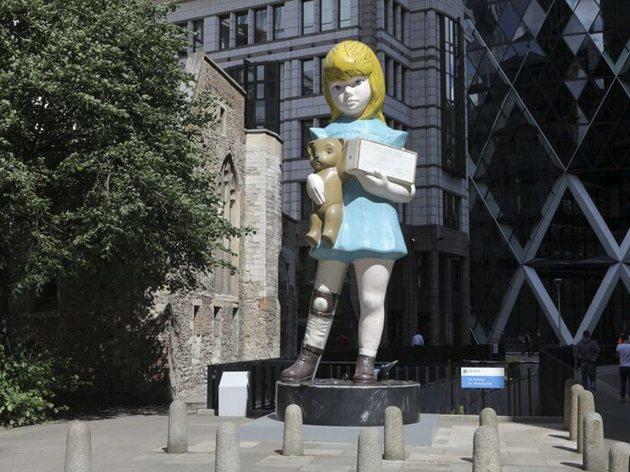 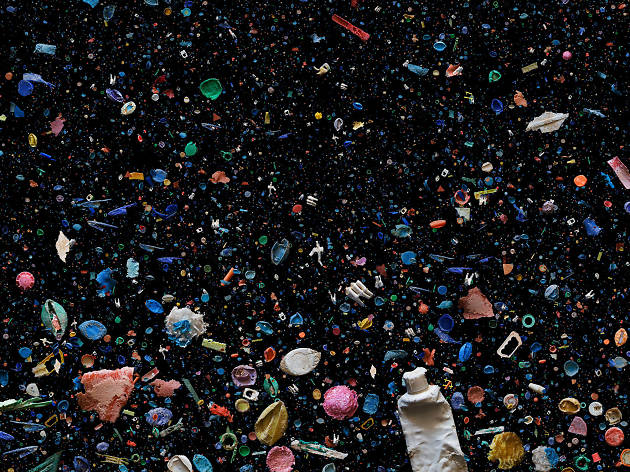 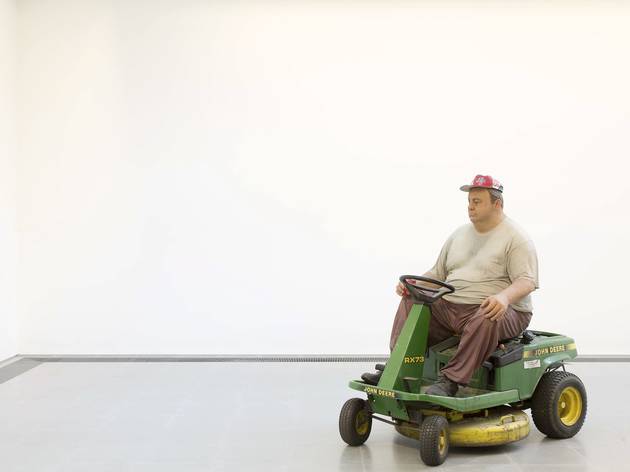 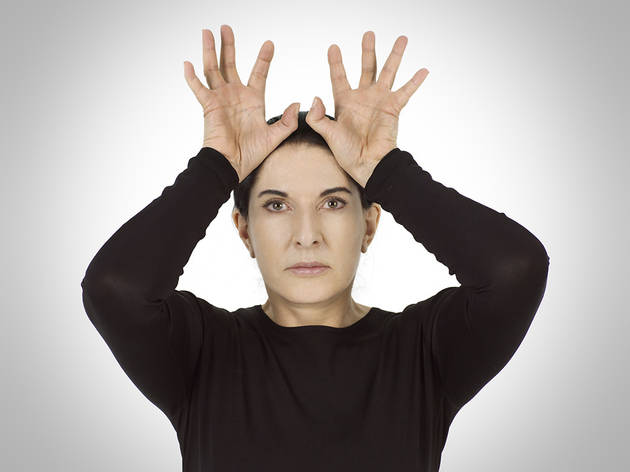