December is the busiest time of the cabaret calendar, boasting everything from alternative pantos and outrageous pop-up shows to festive frolics and sophisticated soirées. Here's our guide to 20 of the season's most notable events… 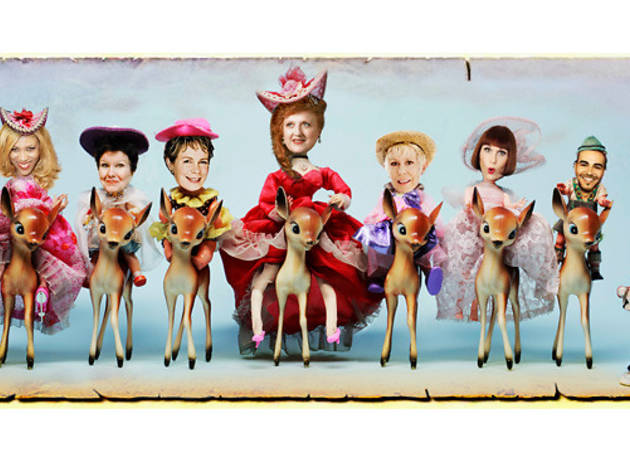 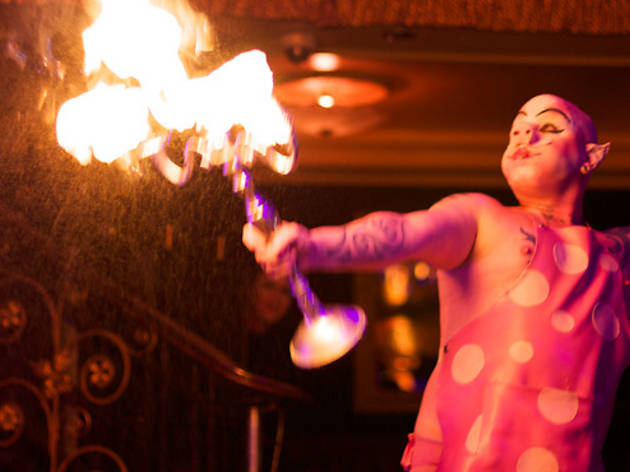 The vital shows to catch at a weird, wild and welcoming new cabaret showcase Throughout October, some of the finest shows from London’s grassroots cabaret scene band together to form the inaugural London Cabaret Festival (Oct 1-31). Three Time Out readers select their highlights from the line-up – nights that embody London cabaret’s vital elements of inclusion, innovation and transgression. And all in the name of pulse-pounding, groin-throbbing, kick-ass fun… Most popular cabaret shows Halloween Playground Three nights of frightening fun for your Halloween weekend. The Black Cat London cabaret trailblazers the Boom Boom Club are on indefinite hiatus but that won't stop the people behind it. For this show, producer David Harris, compere Dusty Limits and ethereal burlesque performer and scenarist Vicky Butterfly promise to bring a dash of vintage Montmartre (yes, of the Chat Noir era) to the West End – think street parades, shadow theatre and, of course, outlandish cabaret and variety work of the highest calibre, with acts flowing into one another… and the audience. Co-produced by Time Out Live. Dinner and show packages available. Cirque Eloize: iD An energetic contemporary circus show from Montreal, 'iD' mixes circus skills with hip hop dance in an urban-styled show with plenty of jaw-dropping tricks and multimedia trappings. Half-term: Moscow State Circus The latest Moscow State Circus production reimagines Gorky Park as a setting for aeriali 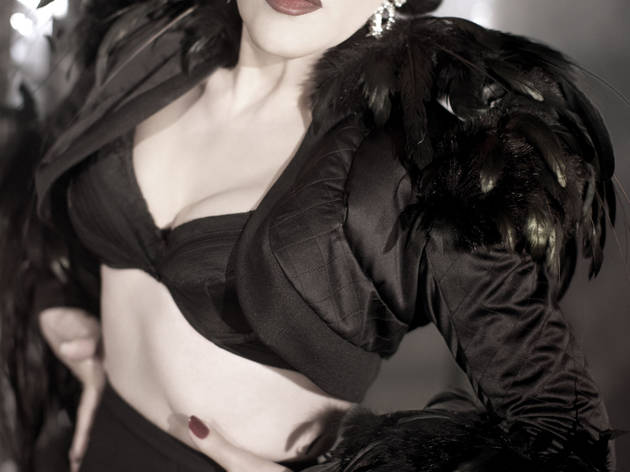 One of New York's most talented shapeshifters is in town. We pin down his career highlights Seductive vamp, crazy-voiced clown, fashion muse, alien visitor – no one’s quite like Joey Arias. The black lacquered hair, pristine make-up and sharp couture suggest a femme fatale, but Arias can do sweet, scandalous or serene as easily as smoky. You never know quite what to expect – but ahead of his first London run in years, here’s a run-down of his unique track record… Joey and Bowie Raised in Los Angeles, Arias moved to New York in 1976. Mixing in the art and fashion worlds, he met similarly otherworldly singer Klaus Nomi. In 1979, they sang on ‘Saturday Night Live’ with David Bowie in outré outfits. NYC club sensation After Warhol suggested he perform in drag, Arias became a fixture of NYC’s post-punk and queer club scene. His shows were famous for their musical wallop and satirical filth, and he hung out with Iggy Pop and Leigh Bowery. Holiday special By the mid-’90s, Arias had a weekly show channelling Billie Holiday with eerie precision, attracting Madonna, Patrick Swayze and Thierry Mugler (still a collaborator) and a rave review from the New Yorker magazine. Freaking up Cirque du Soleil From 2003 to 2009, Arias compered Cirque du Soleil’s adult Las Vegas Show ‘Zumanity’, leading the audience in a mass fake orgasm. No strings attached In 2008, Arias and puppeteer Basil Twist created the off-Broadway hit ‘Arias with a Twist’, involving jungle 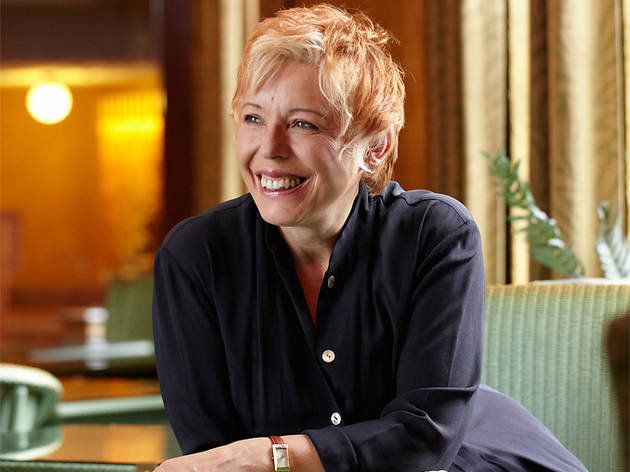 Her voice is one of the most glorious weapons in contemporary cabaret’s arsenal, able to prise open iconic songs to reveal beautiful new depths of feeling and meaning. Her career has taken her from Stockport to punk-era London, the alternative comedy circuit and post-9/11 New York, where she was hailed as a superlative reinterpreter of Bob Dylan. 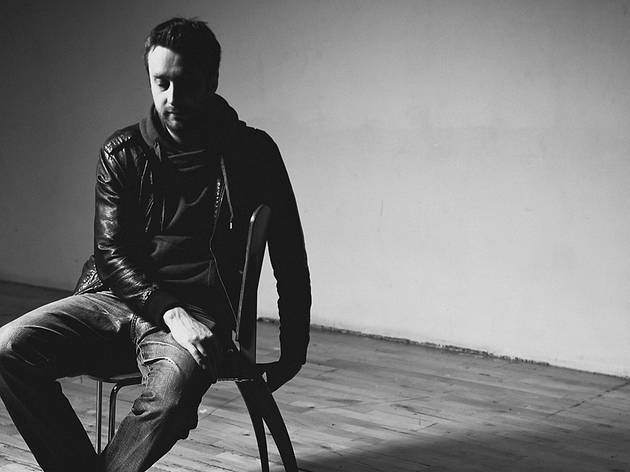 ‘Bullet Catch’ is a nail-biter of an Edinburgh Fringe hit based on that notorious stage magic trick in which a magician seems to catch a bullet fired from a real gun at point-blank range. It’s a stunt with a deadly prop at its centre and a blood-spattered 500-year history. Audience members have been injured and performers have died. 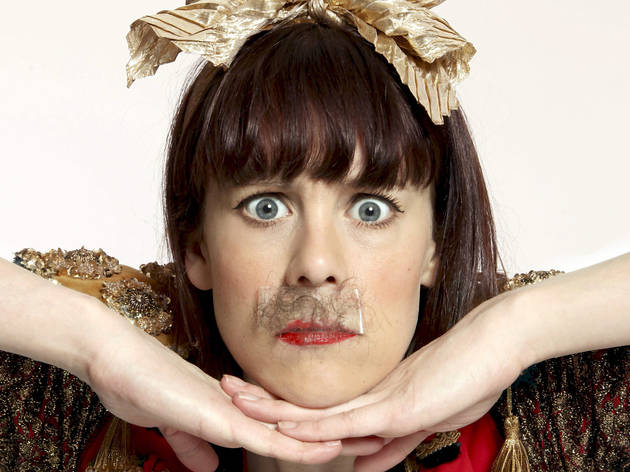 Over the past decade or so, London’s burlesque and cabaret scene has had many epicentres, from Bethnal Green to Vauxhall. But despite its hedonistic heritage, Soho hasn’t always been the most dynamic area to catch good shows. That’s starting to change. 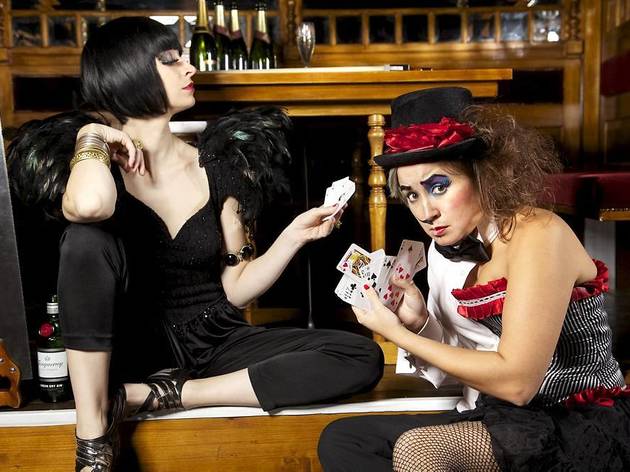 London’s sexual landscape can be a bit of a minefield. The squelchy gamut, if we can call it that, runs from the everyday likes of inexperienced lovers and over-zealous suitors to varsity-level stuff like golden showers and necrophilia. But fear not. EastEnd Cabaret is on hand, with indispensible guidance on all of the above. 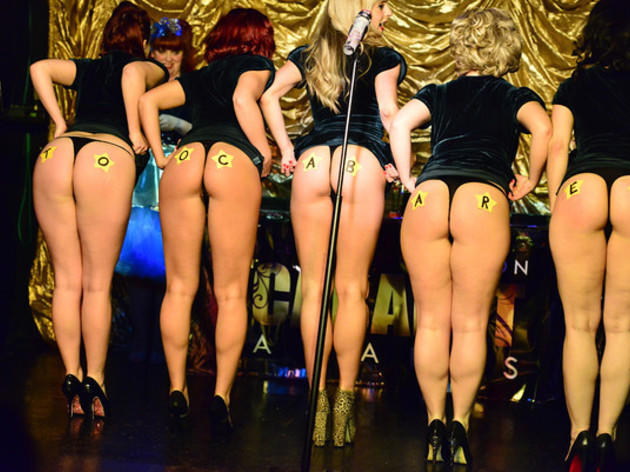 The LCAs debuted last year at the Battersea Barge as something of a family affair for those directly involved in the scene. This year’s event featured slightly different categories, adjudicated by new judges and took place at the Royal Vauxhall Tavern before a bigger and broader if equally drunken audience.