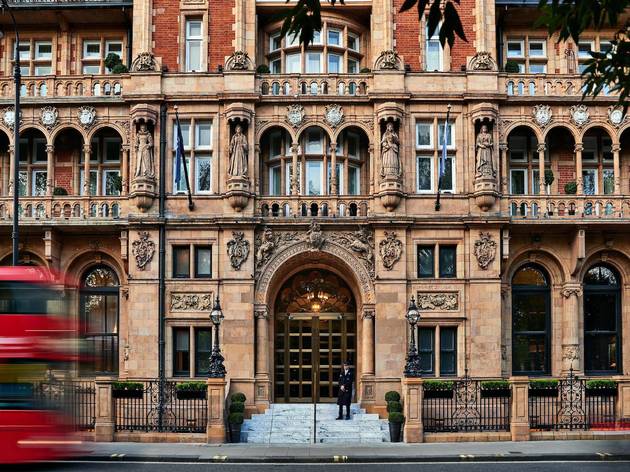 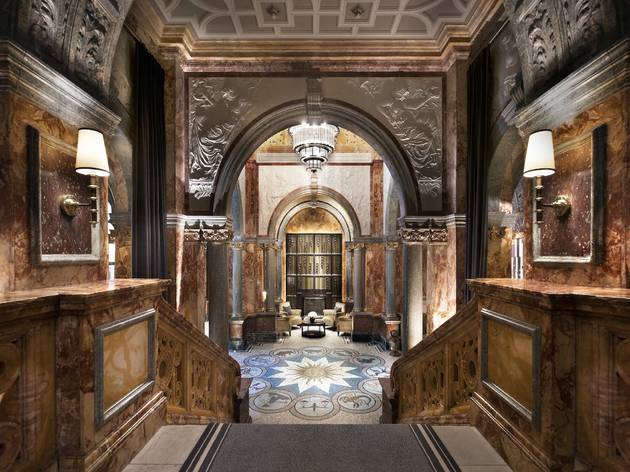 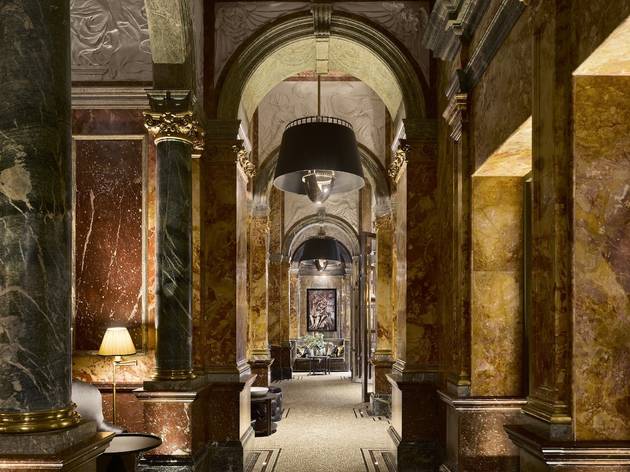 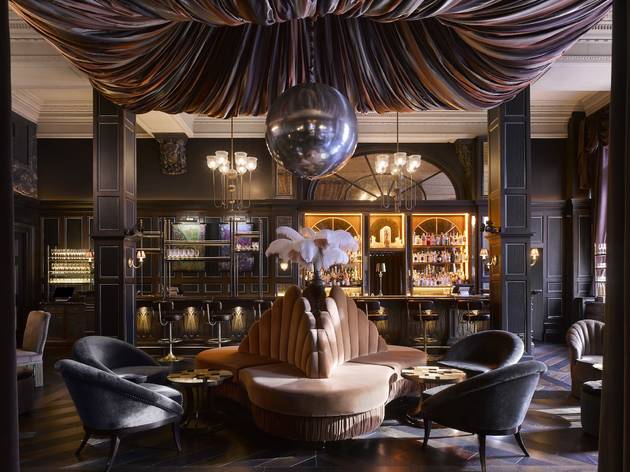 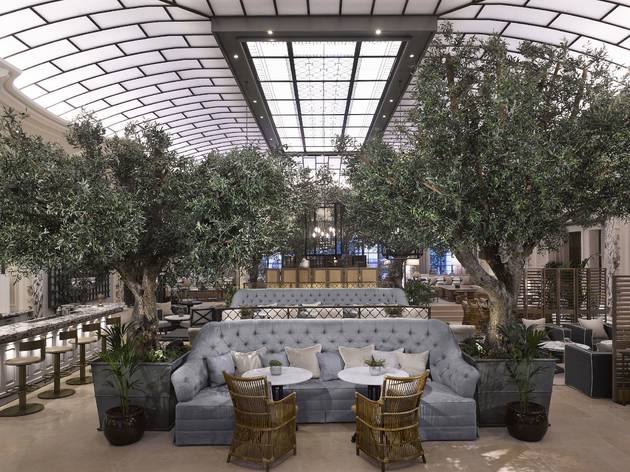 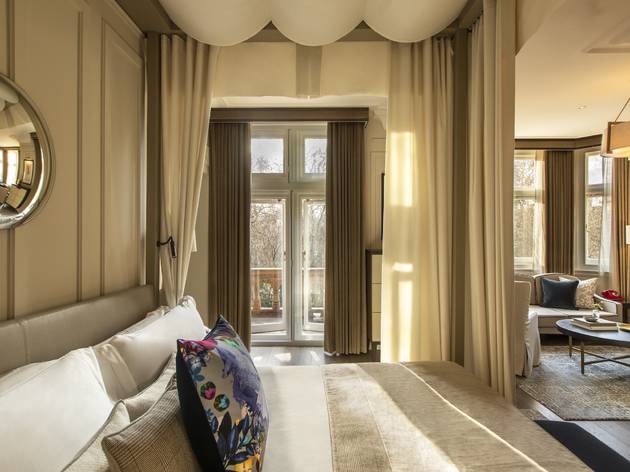 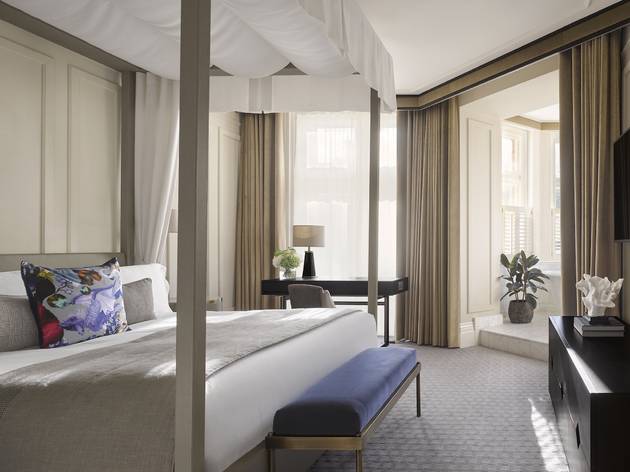 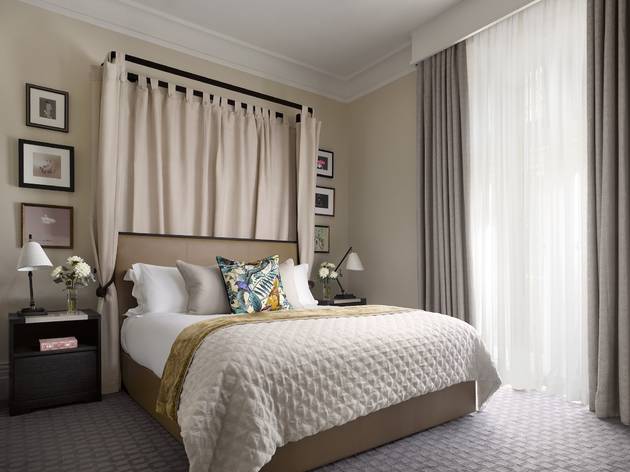 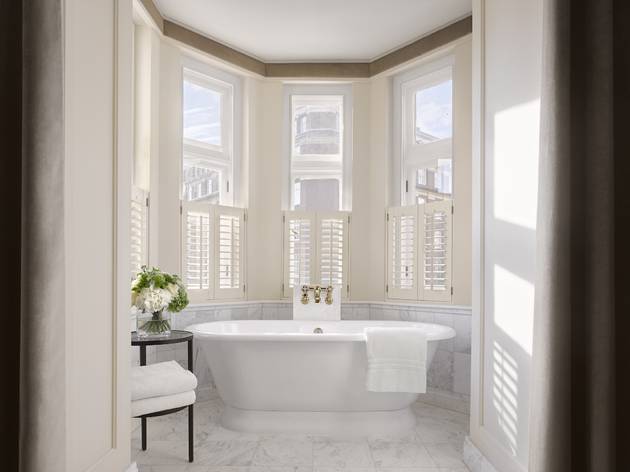 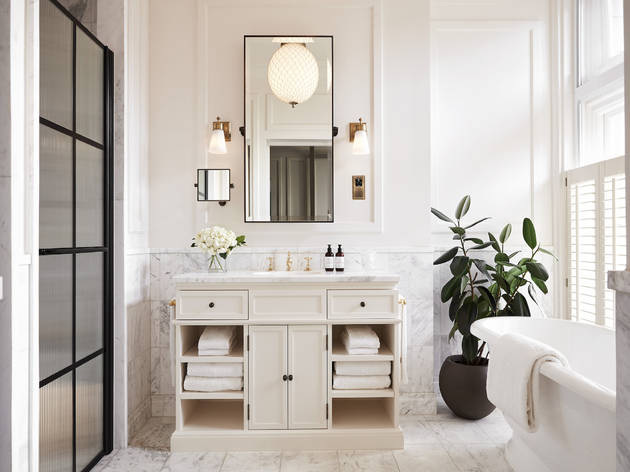 A dazzling hotel that brings a heavy dose of luxury to Russell Square.

Kimpton Fitzroy makes quite a first impression. The hotel’s 19th-century terracotta exterior stretches an entire block along the edge of Russell Square – surely some of the most sought-after real estate in the city – and is adorned with life-size statues of former British monarchs, while inside the place is downright palatial, with mosaic floors, marble columns and heavy chandeliers. The rooms are a little more subdued, though still extremely lush, with pillowy carpets, beds you’ll never want to leave and, if you’re lucky, a bath deep enough for scuba diving.

But the real stars of the show in this hotel can be found on the ground floor. Neptune, Kimpton Fitzroy’s restaurant, dishes up fresh seafood in a dazzling peach setting, which our critic described as “fancy-but-fun”. Fitz’s Bar, on the other hand, serves some of the best cocktails in the city with free dishes of Twiglets on the side, which is why we gave it five stars and a spot in our DRINK List.

Neighbourhood:
Kimpton Fitzroy sits in Bloomsbury, which is an ideal place for those looking to explore London’s most popular sites, with the British Museum a few steps in one direction and the British Library a short stroll the other way. You’ll also be within spitting distance of Soho and Covent Garden, where many of London’s best restaurants can be found, and the West End if you’d like to catch a show.

Nearby:
1. Store Street Espresso: For a top-notch caffeine kick.
2. Bao: For unbeatable Taiwanese plates which are worth queueing for.
3. Wellcome Collection: For gawping at a fascinating collection of curious medical artifacts.

Time Out tip:
Pull up a stool at Fitz’s and order a Vesca Negroni.