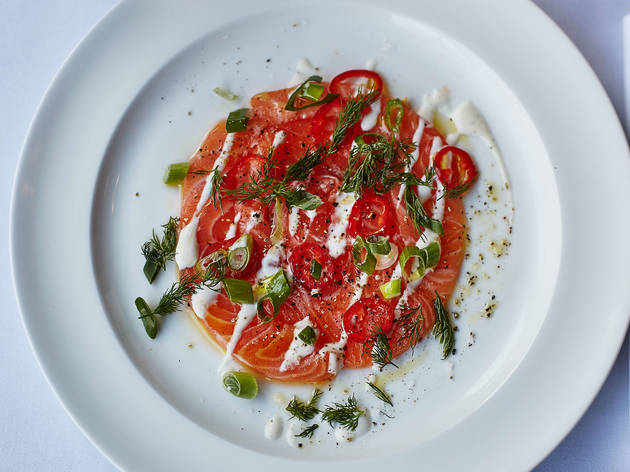 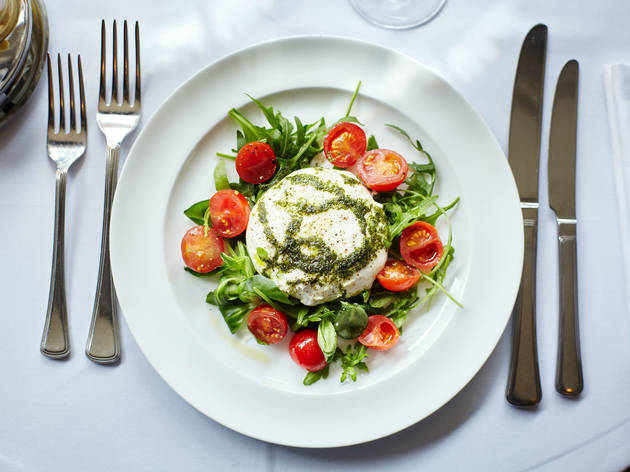 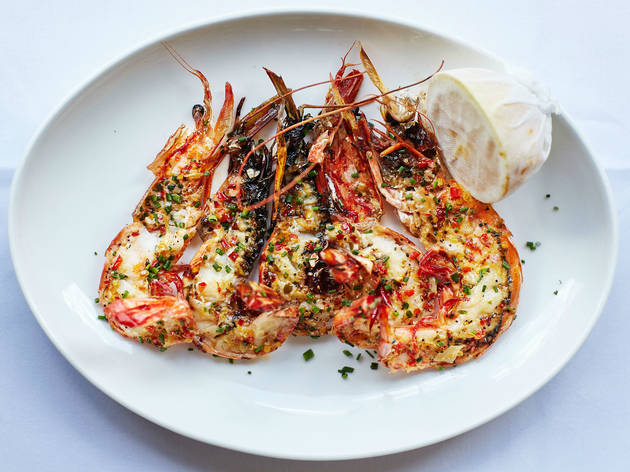 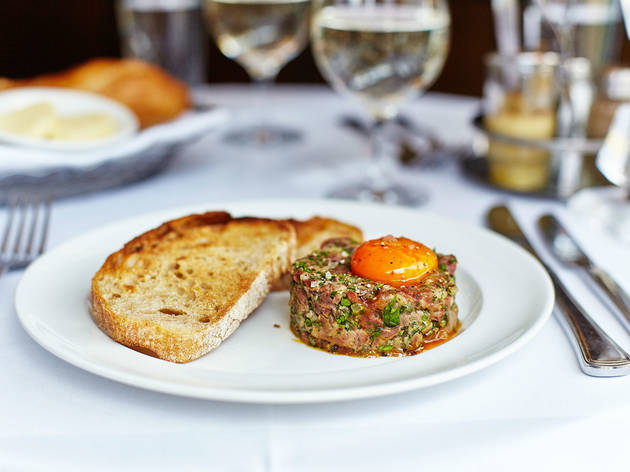 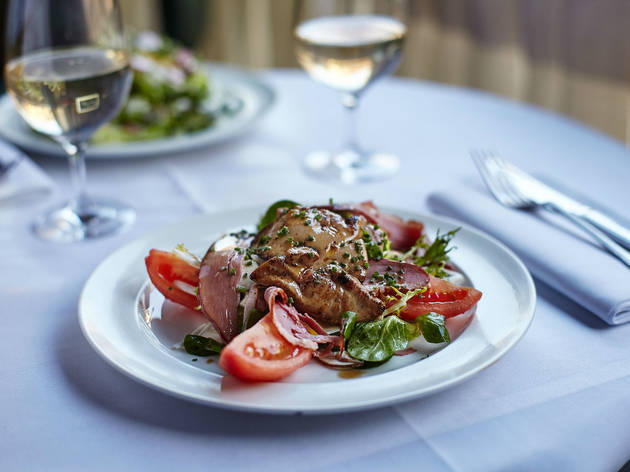 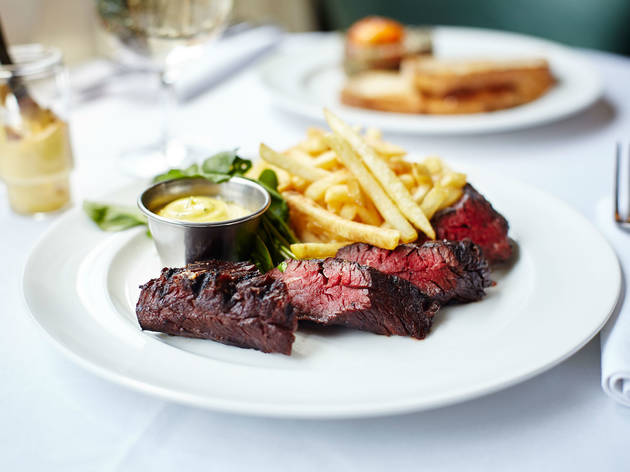 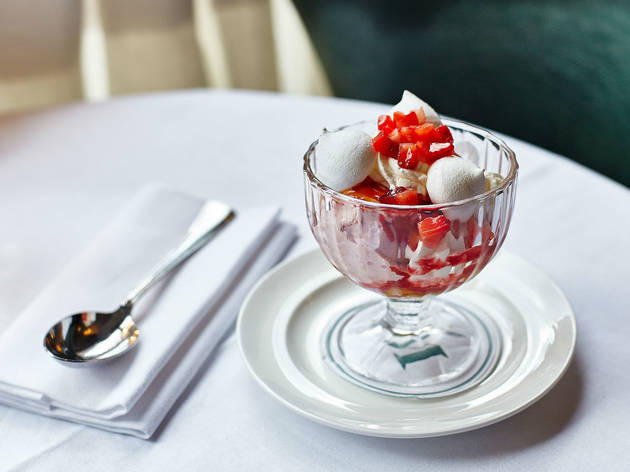 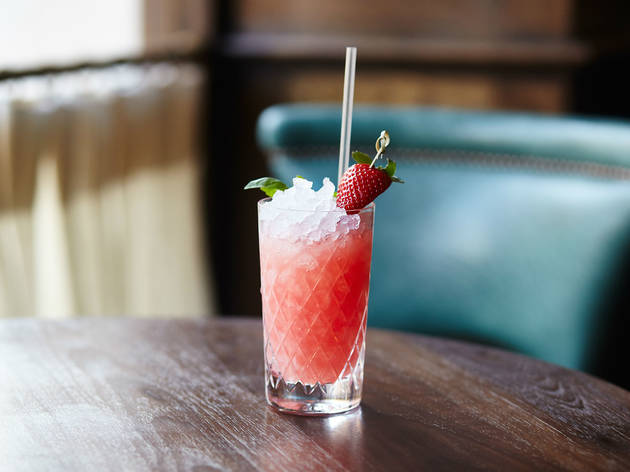 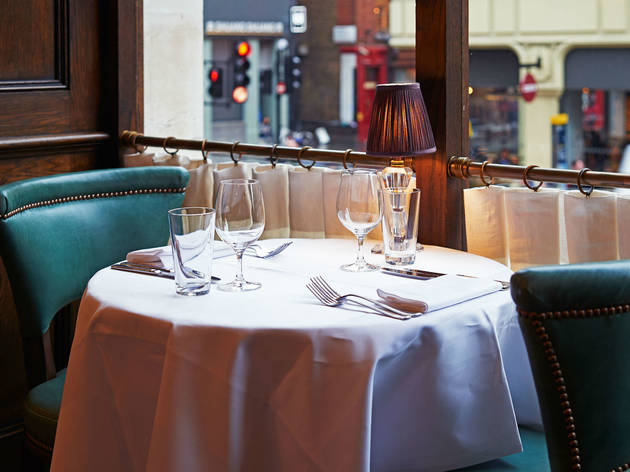 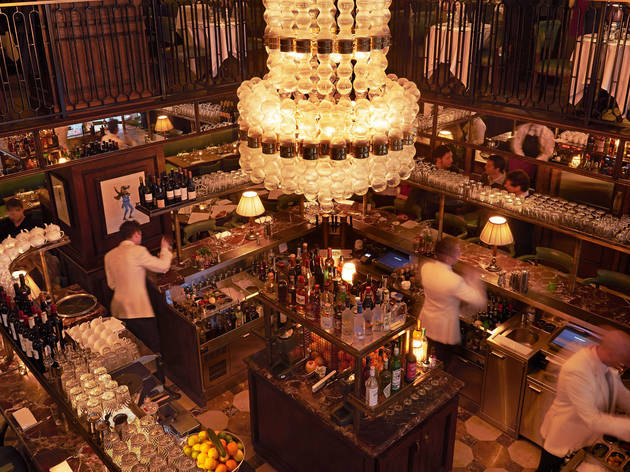 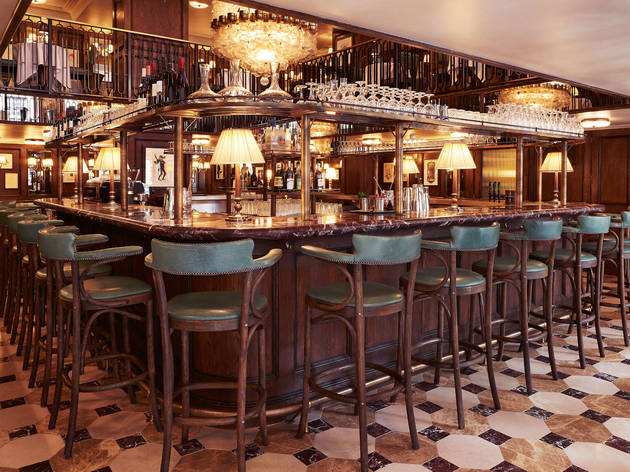 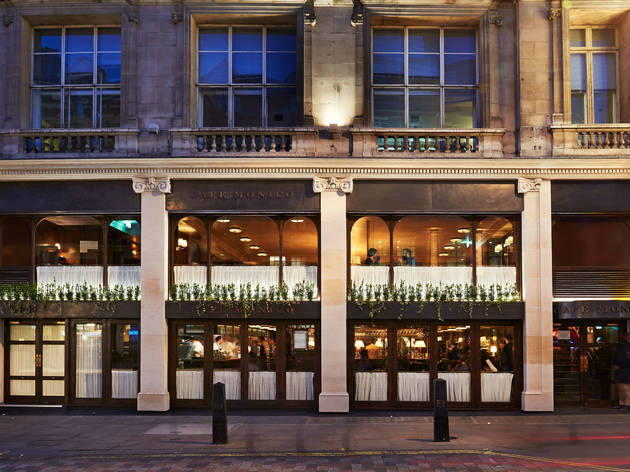 A double-height grand cafe from the Soho House group.

Forget Tardises and DeLoreans. If you fancy a spot of time travel, step through the doors of Café Monico. This new ‘grand café’ has been styled in the manner of the belle époque, France’s so-called ‘beautiful age’ (pub quizzers: we’re talking 1870-ish until the outbreak of the First World War), a time when art, culture and ‘society’ flourished. So yes: wood panelling, cosy lighting and bartenders in crisp white straight-off-a-washing-powder-ad jackets. But this is no vintage bore: the music is loud and jazzy, the room bustling. It is, after all, from the Soho House crew, who know a thing or two about creating a buzz. But one thing they’ve never been strong on – as anyone who ever ate at Café Boheme will attest – is delivering plates of classic French food. Until now.

It’s tempting to put this down to new group exec chef Rowley Leigh, he of Kensington Place (a fave of Princess Di’s) and later Le Café Anglais (a brasserie that proved shopping centre restaurants don’t have to be crap). Sure enough, when I look at the menu, his signature parmesan custard with anchovy toast waves hello. But of everything I ate, this was the biggest disappointment, a shadow of the original, with loose, wobbly custard and a plate of too-timid toast.

Happily, the rest was elegant and comforting: think Chanel Slanket (relax, Herr Lagerfeld, it’s just a metaphor). The menu here plays to the crowd like a Vegas regular, offering up a greatest hits of Continental cooking, with French brasserie fare the main act.

There’s a plate of fat, juicy prawns, chargrilled in their half-shells: buttery, garlicky, spiked with chilli and chives. Then a huge leg of confit chicken – terrific value at £14 – served with creamy haricot beans and slivers of smoked sausage. And, best of all, a sensational Austrian Sachertorte – this time with a seam of raspberry compote, rather than the traditional apricot jam – to offset the moist, indulgent chocolate cake.

But my favourite bit of Café Monico is actually upstairs. When, I arrived, rain-bedraggled and ten minutes late, to be told that our table was on the first floor, my heart sank. Everyone knows that in this part of town – pick-pocketing distance from the Trocadero – street level is best, with other floors used to banish anyone walking in wearing socks with their sandals. But here, it’s a gallery that hugs the sides of the double-height room, looking down – like swish seats at the theatre – onto the the counter bar below. Café Monico: a beautiful blast from the past.