The celebrated Taiwanese restaurant chain Din Tai Fung, which has more than 170 restaurants worldwide, opened its first European venture in Covent Garden in December 2018 and has now landed in Selfridges. A word of warning: don’t get lost meandering through the maze of designer bags and shoes in the department store, desperately looking for the restaurant, on an empty stomach because you will curse and you will get hangry.

Eventually, I found my way to the fourth-floor dining room and was welcomed by a mesmerising view of the kitchen through a giant glass window. I watched the team of dumpling-makers roll and pleat the restaurant’s signature 18-fold xiao long bao (steamed pork-soup dumplings) with speed and precision. My navigation and hunger woes immediately melted away.

The restaurant is a sleek, minimal and modern space with a terrazzo floor, rattan walls and a big, wooden tree centrepiece with red pockets hanging off it ready for Chinese New Year. But it’s part of Selfridges’ shiny new ‘dining complex’, which means we could see other outlets – Pizza Pilgrims, EL&N Café – from our table. It felt like we were sitting in a soulless food court.

The menu here is a cut-down version of the Covent Garden branch’s offering. We started with a trio of cold appetisers: crunchy wood ear mushrooms swimming in a sharp ginger-and-vinegar dressing; vibrant, fresh green beans with diced pork and prawn; and a poached Shanghainese drunken chicken that tasted as silky as satin sheets. Bliss. All of it was wonderful, but sadly my veggie pal struggled to find much to order from a menu heavy with poultry, pork and prawns.

Service was swift but, although some dishes arrived in quick succession, we didn’t feel rushed. Service was also sometimes robotic... literally. Two ‘BellaBots’ – smiling cyber cats – wove in between tables, helping the flesh-and-blood waiters carry plates of food. If this is the answer to industry-wide staff shortages, then I want out. I need human contact, I crave good chat and I rely on recommendations. Being served by a feline automaton felt jarring and unnatural. But maybe this is the future: the robots aren’t coming to eat us, they’re coming to feed us.

Now, for the main event: the dumplings. The pork xiao long bao were faultless and truly excellent. The base of each dumpling sagged, full of gelatinous, rich soup, visible through the delicate, translucent skin, inviting you to dig in. I dipped one into vinegar and placed a few slivers of ginger on top, bit it open to let the steam escape, and put it into my mouth whole, no messing about. A juicy, meaty explosion that made me immediately want another.

Finally, some green relief for my friend arrived: a steamer full of spinach jiaozi (dumplings) packed with diced chestnuts, greens and shiitake mushrooms, a tangled nest of green dou miao (pea shoots) and stir-fried garlic cabbage. Everything was fresh, kissed with wok-hei (‘the breath of a wok’) and tasty, but needed more oomph and wasn’t very filling. Probably not the best place to take a vegetarian. Or a huge eater.

I tried some of the dishes exclusive to this branch, but they didn’t impress. The steamed-chicken-and-truffle soup tasted clean and soothing, but the single slice of truffle on top didn’t bring much flavour to the party. And the chicken-and-vegetable wontons were bland and the mala (numbing) sauce it came in could’ve done with dialling up the heat.

The background music was a mix of traditional Chinese guzheng mashed up with lo-fi that slowly evolved into an extremely loud, intense Final Fantasy-style video-game boss-level soundtrack that had us on the edge of our seats, and then reverted to chill beats again. At one point, the music was drowned out by a loud vibe-killing announcement: ‘Thank you for shopping at Selfridges, the store will be closing in 30 minutes.’ Thankfully, we weren’t being booted out, as the upstairs restaurant area has a late licence until 11pm, so there was time for pudding.

Dessert xiao long bao with a red bean and chocolate lava centre, presented in a steamer basket, were a good idea in principle, but the skins were a touch on the thick side and the chocolate solidified. Texturally, I would’ve preferred the filling in a fluffy bao bun. A shame, but all was forgiven when I opened the second steamer basket to reveal three perfectly round, salted egg-yolk custard lava buns. Eating the fluffy, cloud-like milky buns with their sweet-salty, oozing, golden yolk filling was a heavenly experience.

Would I visit Din Tai Fung Selfridges again? It’s probably not worth a special trip to the big yellow department store, especially when you can get the full shebang at the Covent Garden HQ down the road. This branch felt like a light and underwhelming version, but it’s a great place for your post-shopping dumpling needs.

The vibe A bit soulless, as it feels more like a food-court concession than a restaurant.

The drink Fruity cocktails called Din, Tai and Fung, beers and a selection of jasmine, pu’erh and oolong teas.

Time Out tip If you pat the robot cat waiter on the head it will wink at you. 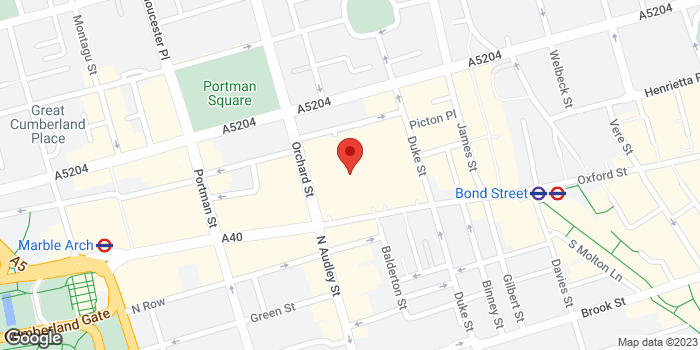