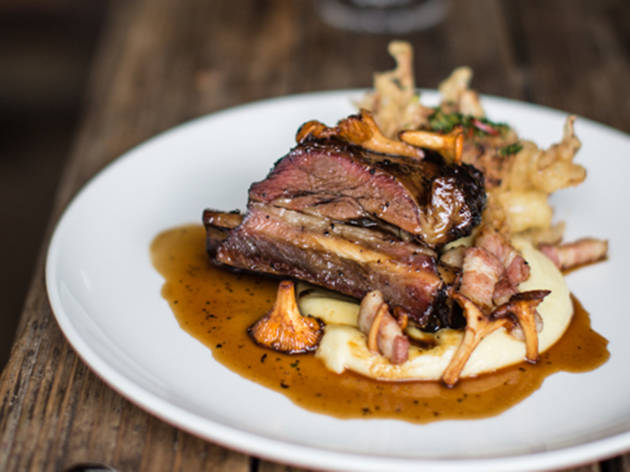 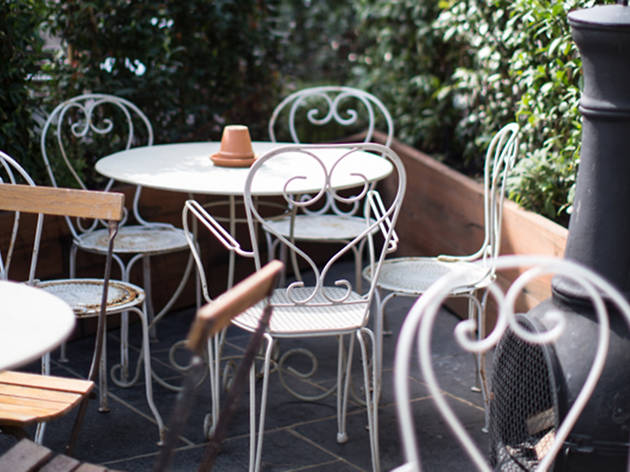 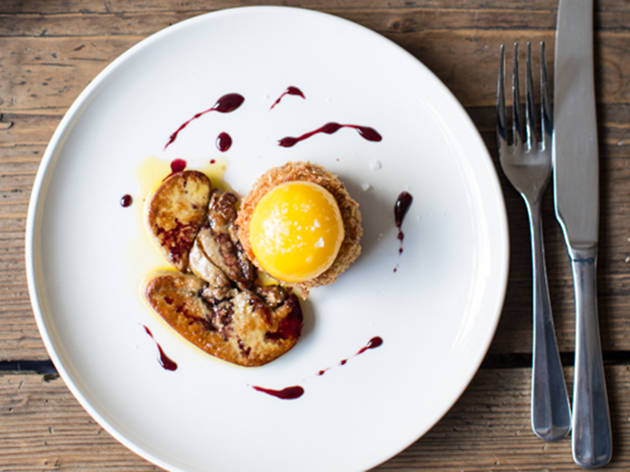 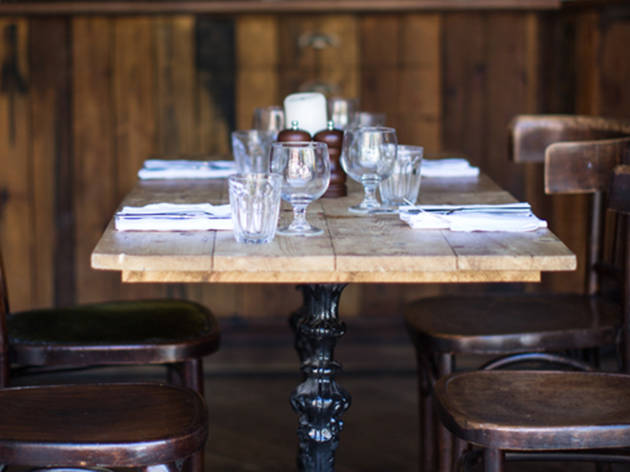 In the Big Smoke, chef Neil Rankin has become one of the high priests of barbecue. Through his early association with the Pitt Cue Co, then a well-received stint at John Salt on Upper Street, he’s shown he’s a dab hand with the Big Green Egg ceramic barbecue, the wood and charcoal smoker, and the robata (charcoal) grill. He also seems to move around London faster than a firewalker over hot coals. His latest kitchen is in this new gastropub, run by the small chain behind the excellent Princess of Shoreditch, Lady Ottoline and Pig & Butcher.

Trendy though the menu seems – it includes French bistro dishes, carefully sourced British produce, even Korean flavours – the mutton chops here come from the grill, not the barman’s cheeks. Fatty and full-flavoured, they were best enjoyed with fingers. Mullets – the fishy sort, of course – are smoked, cut into translucent slivers and served with slices of white pickled clams, radishes and smattering of sea purslane.

Stovies are a Scottish dish of leftovers, a bit like bubble and squeak. Here, a very superior version uses flavoursome lamb rather than ‘mystery meat’. Pit-roasted corn on the cob, slathered with a buttery smoked béarnaise sauce, shows that a real barbecue expert doesn’t just sear flesh.

Rankin’s on-trend and interesting dishes might sound like reason enough to visit Smokehouse, but the pub side isn’t put on a back burner. The service was engaging and friendly, the country-modern look simple and appealing, and the drinks list celebrates the diversity of craft beers – a score of them on tap, many more by bottle, none cheap but all worth savouring. You can just pop into the bar area for a half- or third-pint of strange brews from Flying Dog (Maryland, USA), Hopf Helle Weisse (Germany) or Gentleman’s Wit (Camden Town Brewery), among many others. There’s also an extensive range of real ciders.

The tiny garden (of what was The House restaurant) is a charming space, used only by a cigarette smoker on my visit. Despite this, a visit to Smokehouse was a breath of fresh air.