‘This is a terrible restaurant! Don’t bother!’

Two women pushed me out of the way and slammed the front door behind them.

Awkwardness filled the air; everyone in the queue shot each other a look and the woman manning the cloakroom apologised profusely.

‘I’m so sorry about that, we’re extremely busy and very understaffed for a Thursday evening.’

It only made me more determined to stick around and try the food for myself. Surely, it couldn’t be that bad? I was led through a small bar and into the dining room and my jaw hit the floor.

This new Soho Latin American bar and restaurant is the brainchild of Argentina’s hottest duo. Bartender Renato ‘Tato’ Giovannoni of Florería Atlántico (currently ranked number seven in the World’s 50 Best Bars) is in charge of the basement live-music bar Abajo directly beneath Sucre and executive chef Fernando Trocca oversees all things food. Together, they’ve taken over the London College of Music’s former home and this revamped ex-concert hall is truly a sight to behold. On one end, an open kitchen is flanked by opulent floor-to-ceiling marble columns, booths line the right-hand wall while gorgeous chandeliers dominate the ceiling. On closer inspection, I found they were made from loads of cut-glass decanters so you feel like you’re inside one of Yayoi Kasuma’s infinity mirror rooms. This stunning fairytale-esque dining room looked straight out of a film set and it could make other dining rooms pale in comparison from now on.

My friend and I had scored the best seats in the house on a freakishly cold February night: right next to the dramatic open fire pit by the kitchen with a full view of the restaurant. There were men in suits for after-work drinks, a group of girls clinking cocktail glasses and a big birthday party at the back across three tables pushed together. It was buzzy, fun and clearly the place to kickstart the weekend early.

Things started with a plate of deep-fried battered pumpkin slices with an aji amarillo chilli pepper dip. A light and crispy golden batter paired beautifully with fluffy sweet pumpkin, but it was the addictive fiery sauce that took things to the next level and tied everything together. Next, a scallop tiradito (Peruvian ceviche) served in its own shell, with lime, yoghurt, horseradish and pretty edible flowers: it looked like a work of art. It was an excellently zingy and fresh palate cleanser that set us up for what was next, though personally I would’ve liked more oomph and more of that horseradish kick.

All the small and large sharing plates on the menu get the smoky char treatment on the charcoal grill. A juicy iberico matambre (described to us as a ‘stuffed steak’) was beautifully cooked with blackened skin, but the cut was a little fatty and chewy for my taste. As for the spicy, sweet peppercorn sauce it comes with? Outstanding. With hunks of whole fruity and spicy peppercorn, it was ideal with a side order of fluffy chips to soak up all the good stuff.

It was a truly innovative dish, and one that’s going to stay with me for a long time.

I’m sad that offal has such a bad rep in this country and lots of diners still turn their noses up at the inner organs of beasts and fowl, but if there was ever a dish to convert the sceptics it would be Sucre’s veal sweetbreads (that’s, erm… thymus gland and pancreas). Texturally, it was spot-on. A blistery, bubbly exterior and a soft, juicy interior that was paired with a refreshing salsa criolla that added a tangy, cooling and spicy element. It was a truly innovative dish, and one that’s going to stay with me for a long time.

A surprisingly hefty portion of wild-mushroom paella followed, topped with a mountain of colourful fungi and a bright green aioli squiggle. I thoroughly enjoyed this earthy and peppery plate of comforting stodge to begin with, but after a few mouthfuls it became slightly too claggy and salty. I wanted the whole thing to be cooked a little longer to get that all-important socarrat – the classic crusty crispy rice bottom – it so desperately needed.

At this point, we were stuffed, but our waiter coaxed us into trying a dessert to share (because there’s always room for dessert). We settled on a not-too-filling sesame brittle with miso, coffee and chocolate mousse. What came out was a carefully constructed little house. We grabbed our spoons to break the hard exterior to reveal a light, fluffy chocolate mousse centre and it was everything I wanted in a dessert. The brittle added a nutty, crunchy dimension and the chocolate mousse wasn’t overly sweet and had a beautiful salty miso funk coming through with a hit of coffee bitterness to balance it all out. If I hadn’t already been bursting at the seams I would’ve licked the bowl clean and ordered another.

Service was exceptional and top marks to our waiter Alex who came through with some spot-on recommendations. He was attentive without being too fussy and friendly without being too intruding. Considering every single table was packed out for the night and the staff were swept off their feet they all managed to keep their cool.

As for the two unsatisfied women that angrily barged me out of their way? Well, our meal was an absolute joy with some smart knockout dishes in an incredible setting. I’d come back here in a heartbeat. Don’t listen to the critics.

The vibe A lively, opulent dining room that feels very ‘Beauty and the Beast’ mashed up with Yayoi Kasuma.

The drink A hefty wine list with plenty of South American labels and a corker of a cocktail menu.

Time Out tip Stick around after your meal and head downstairs to Abajo cocktail bar for live music and a nightcap. 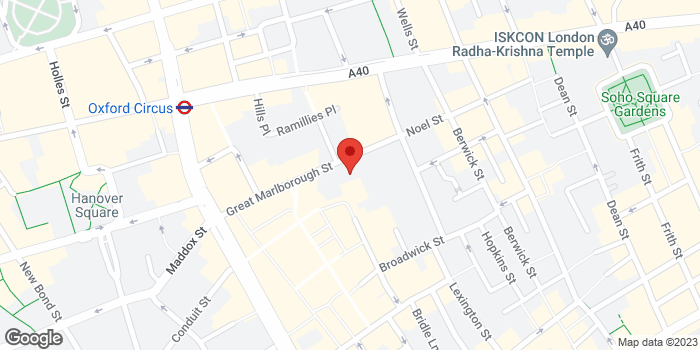