Charlton and Woolwich are nestled up next to SE London gems Greenwich and Blackheath. Charlton may not house the head-turning architecture of its mightier siblings, but it's still very attractive. Aside from the family-friendly period streets of the whole hillside, often dubbed ‘Charlton Slopes’, there's also the historic hub of Charlton Village, which was once a bona fide hamlet. There you’ll find historic spots like Blackheath Rugby Club, the world’s oldest, as well as Charlton House, one of the finest surviving Jacobean mansions in Britain, and its luscious grounds and gardens.

Woolwich also offers some historic points to visit, including it’s Royal Barracks and the old covered Woolwich market, which now is now home to South East London's third iteration of street food and night market experts Street Feast. There are also potential plans by Greenwich Council for a major redevelopment of the area.

Things to do in Charlton and Woolwich 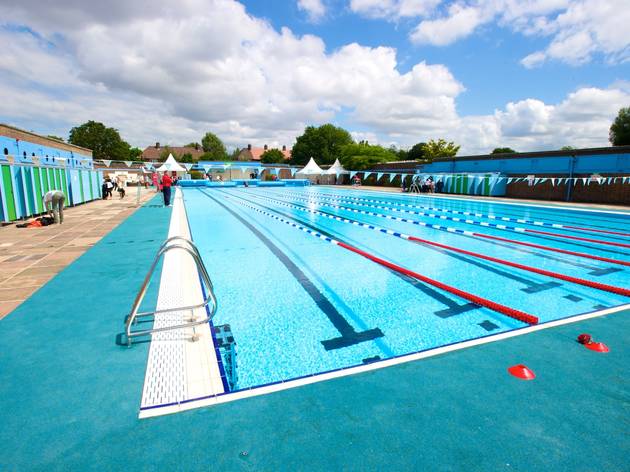 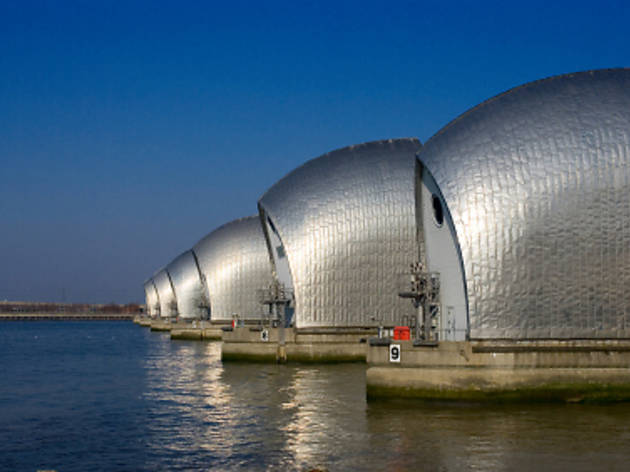 Boastinh an interactive model of the barrier, a video about its construction and close-up views of the real thing

Bars and pubs in Charlton and Woolwich 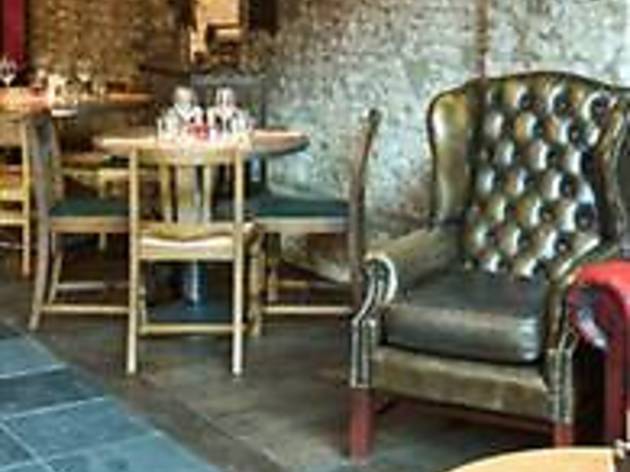 Situated in the heart of the historic Royal Arsenal Riverside complex,Dial Arch is both a fantastic destination venue and a fortunate local, serving the very best, locally sourced produce. British classics are served alongside Mediterranean flourishes with an extensive and well-planned wine selection.The Period features have been lovingly restored to an exeptionaly high standard, sweeping you into a high-end, sophisticated pleasure paradise. The Staff are attentive and friendly providing all with exeptional service and great quality food and drinks.

Users say
3 out of 5 stars
Buy 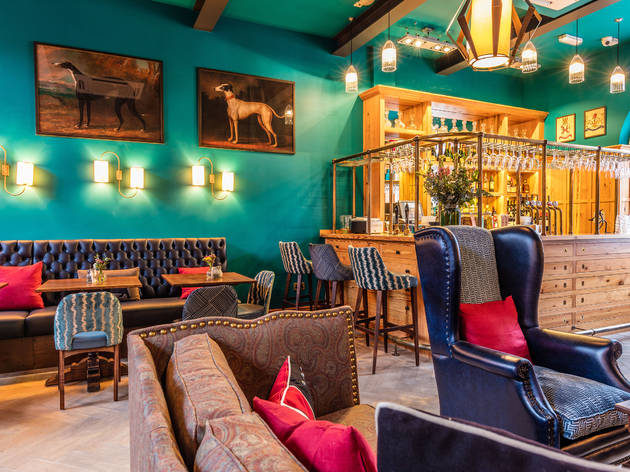 The Guard House is a pub that’s not really a pub. Sure, it serves pints and a couple of the rooms feel snug, but the rest of the place is all tables and chairs and the sound of clashing cutlery. It’s a restaurant, in other words, and an attractive one at that, full of eye-catching details – like patchwork floor tiles and an open-fronted kitchen – and situated within a gorgeous building dating from the late eighteenth century in Woolwich’s Royal Arsenal. It’s a shame, then, that everything else about the place fails to deliver. The high point of our meal was two shaky starters that were just about saved by a lovely spicy chutney and some fragrant leaves, both of which gave their respective dishes some much-needed lift. It was downhill from there, however, thanks to a flavourless cauliflower fondue and a deeply underwhelming crab, spinach and cod cheek gratin that looked like it had been left in the oven too long and came with the kind of flimsy bread that you get out of a plastic packet from Sainsbury’s. For now, this pub should stick to serving drinks. 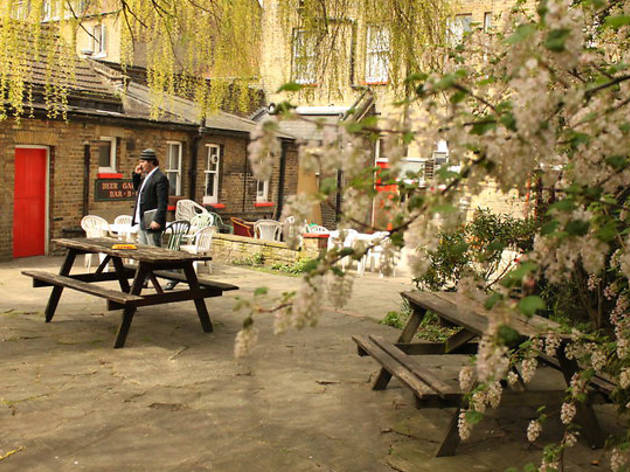 Community pub that serves food and is fighting to stay open in the ever evolving economic climate. 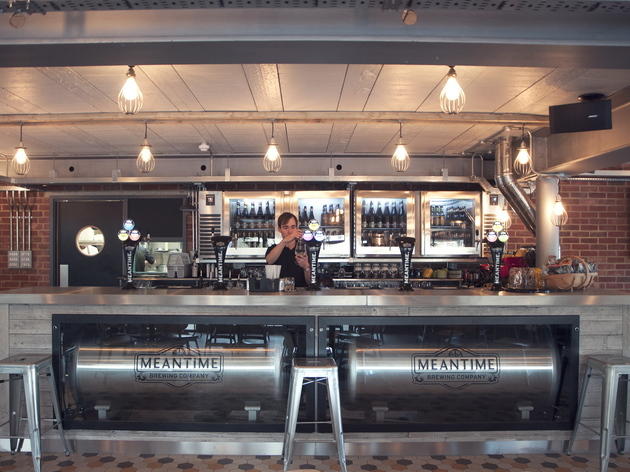 Before every railway arch in this city was filled with shiny brewing equipment, before the pub round the corner from your house had an ale menu, back when locally brewed beer meant Budweiser made in Mortlake, a pioneering Londoner had a different vision for the city’s pints. Alastair Hook set up Meantime in Greenwich in 1999, with a plan that clearly went beyond supplying a few barrels to neighbourhood pubs. After 16 years of growth, his beer is available all over the world but is still made in London, now at a purpose-built site in North Greenwich – with a brand-new bar to drink it in. The address doesn’t sound like an appealing destination, and a bar in a brewery might seem like having a steakhouse in an abattoir – but it’s quite special to try beer mere metres from where it’s made, and combining a visit with a tour offers a glimpse into how impressive the Meantime operation is. Every one of the company’s draught beers is available here, from the easy-going London Lager to the mysteriously Dark Stout and a specially brewed Tasting Rooms IPA (all cost about £2.10-£2.50 a half pint). What’s not on draught is sold by the bottle, such as the puddingy Chocolate Porter or the Raspberry Wheat Beer. There’s food, too. Over at Meantime’s bar and restaurant in Greenwich Park – fittingly called The Old Brewery –the modern British food is excellent; it’s excellent here too, with upmarket pub classics such as fish and chips beside fancier dishes, including scallops with artichoke and

Restaurants in Charlton and Woolwich 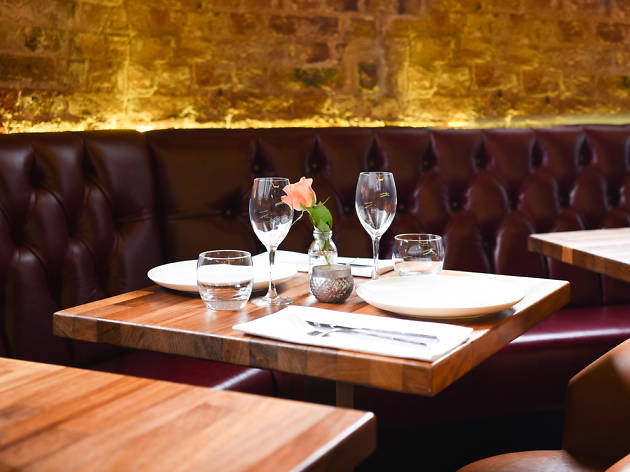 Hotels near Charlton and Woolwich 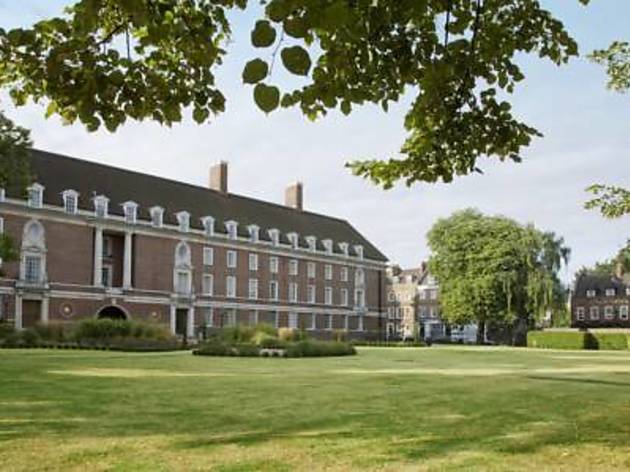 This Georgian-style hotel is next to the National Maritime Museum, and overlooks Greenwich Park and the River Thames. Buses to O2 Arena stop very close by.Bright en suite rooms have a flat-screen TV with Sky satellite channels, tea/coffee and desk space. Each room has free Wi-Fi access.Greenwich Train Station and DLR train link are about 600 metres away, for access to Central London in about 20 minutes.The hotel serves dinner each night, and bar snacks are available until about 22:00. There are 14 meetings rooms, and plenty of outside space for fresh air.Set in London's historic Greenwich, De Vere Devonport House is next to the University of Greenwich. Bars and restaurants are within walking distance. London City Airport is 9.6 km away. 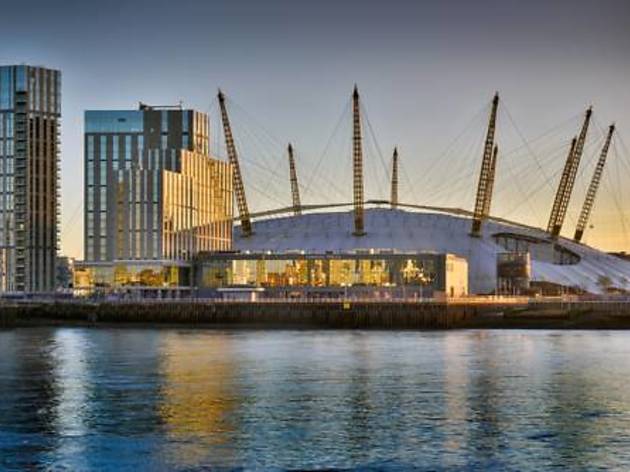 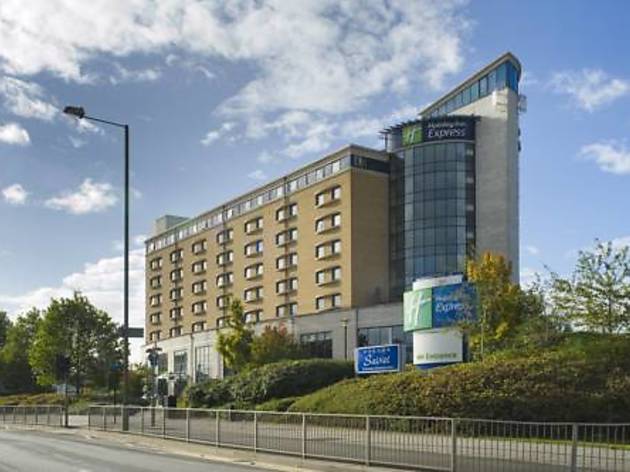 Situated on the Greenwich Peninsula, this Holiday Inn Express offers modern, air-conditioned accommodation just a 15-minute walk from the O2 Arena and the cable cars at Emirates Greenwich.The bright and airy bedrooms at Holiday Inn Express London Greenwich each have a en suite shower room, a work desk, 32-inch flat-screen TV and WiFi access.A generous breakfast buffet is included and is served in the Great Room restaurant, featuring fresh pastries and cooked options. A varied evening menu is also available, and the bar offers beverages and snacks.The Holiday Inn Express Greenwich is situated outside the Congestion Charge Zone, and on-site parking is available. The National Maritime Museum is just a 20-minute walk away. The ExCel Convention Centre is easily accessible via the Emirates Airline cable cars. 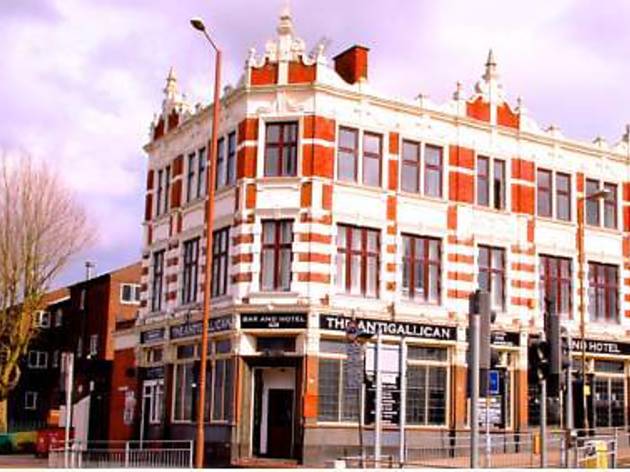 The Antigallican Hotel is just a 5-minute drive from the famous O2 Arena. It is a charming Victorian building, which includes a pub, only a minute's walk from Charlton Rail Station.Rooms have a TV as well as tea and coffee-making facilities. Some rooms include private bathrooms, while others have use of shared facilities. There is free Wi-Fi available in the common areas as well as in most of the rooms, and reception is manned 24 hours a day.Guests can make use of self-catering kitchen facilities and a dining area.Greenwich Village, with the famous Greenwich Observatory and National Maritime Museum, is less than 10 minutes’ drive away. There are regular trains to London Bridge and Charing Cross from the nearby Charlton Rail Station.

The perfect weekend in Charlton and Woolwich

If the weather permits, go and explore Charlton Lido, which boasts a 50-metre pool and two sun terraces 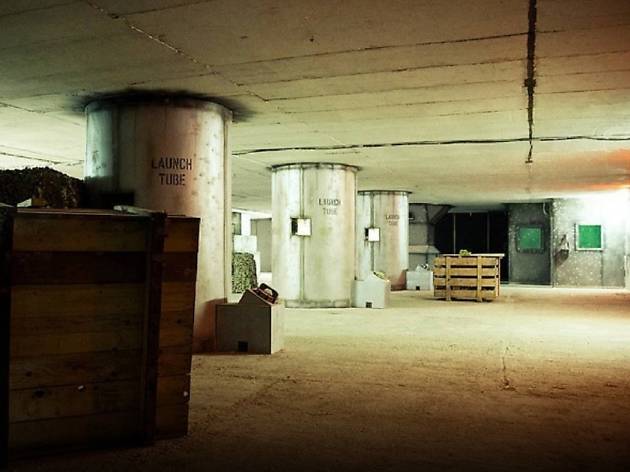 Users say
4 out of 5 stars
Buy 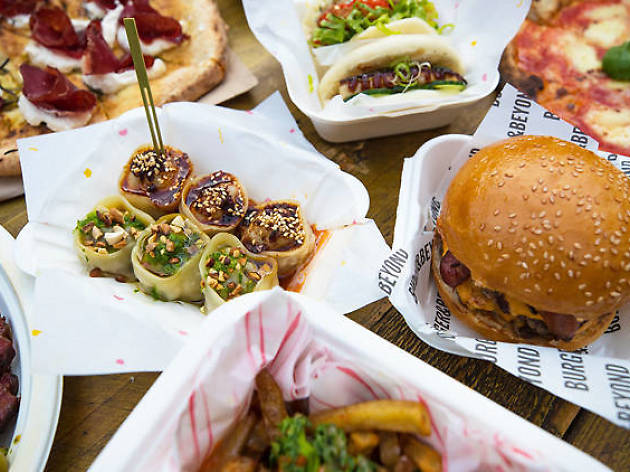 A neighbourhood boozer with local beers and ciders on tap, a large outside area and pop up food options