Soho: then and now

The times, they are a-changin', and nowhere is it more apparent than in the West End's lively grid of food, booze and vice

No matter how long you've been living in London, at some point or another, you're bound to get lost in Soho.

Part of the problem is that the place just won't stop changing. There are a few constants, of course – the market traders on Berwick Street, the statue of King Charles II in Soho Square and the neon-rimmed clock outside Bar Italia, to name a few. Elsewhere, though, every stroll through the 100-acre district is like spinning the wheels of a gigantic fruit machine.

It's hardly surprising, though. When London's latest trends in food, fashion, entertainment and nightlife break, they invariably break in Soho, meaning its streets are being re-sketched at the same pace as the city's cultural zeitgeist. The result is a curious mismatch of legendary institutions and fly-by-night fads, stuck together with a cocktail of cultural influences that's more potent than almost anywhere else in London.

To illustrate just how dramatically the district has evolved over the decades, we dug through the archives to compare images of yesteryear with Soho today. Drag the little slider handles from side to side to compare old and new, and share your favourite Soho memories in the comments box below.

While London’s restaurant scene is currently in the midst of a French revolution (with Brasserie Chavot and Little Social leading the pack), it’s nothing compared to the Gallic influx that followed World War II. By the late '40s, you could barely move in the West End for cassoulet and bœuf bourguignon, with Restaurant des Alliés on Rupert Street, the still-standing L’Escargot on Greek Street and Old Compton Street’s Chez Auguste the places to be seen.

Though few Londoners have anything nice to say about Margaret Thatcher, it's worth remembering that she moved into number 10 at a particularly troublesome time. Ongoing rows between James Callaghan's government and industrial unions saw the city’s binmen (among others) stage a series of strikes during Maggie's first year in power. The consequences were particularly catastrophic in the busy, cramped streets of the West End, where piles of rotting waste took over.

The 1600-seater Prince Edward theatre has a past as colourful as any weathered thespian. Originally opened with its current moniker in April 1930, it’s seen stints as a dance and cabaret venue (the ‘London Casino’), a club for servicemen (‘Queensberry All Services Club’) and a two-decade spell as a cinema (‘Casino Cinerama Theatre’). In 1978, it was re-converted into a theatre and given back its original name; it reopened with the world premiere of Evita.

Given the various film studios and media agencies based there, it’s not uncommon to stumble across a celebrity or two on Dean Street. It’s been that way for centuries, too: Karl Marx lived there, Mozart played there and Charles Dickens pursued a short-lived interest in acting at the Royalty Theatre before becoming a writer. More significantly still, Admiral Nelson stayed on Dean Street the night before the Battle of Trafalgar, where he drew up battle plans and chose the coffin he would later be buried in.

Pictured above shortly after its (typically hip) pedestrianisation, Carnaby Street will forever be prefixed as ‘the epicentre of swinging London’, with mod and hippy clans a permanent fixture in the street’s various fashion boutiques throughout the 1960s. These days, indie outlets are outnumbered by big-brand flagships, with the bohemian vibe shifting to Newburgh Street, which runs parallel. Here's hoping the tourists don’t get the memo.

While these days you can’t open a Moroccan café or a pan-Asian street food stall in Soho without prompting a mile-long queue of furiously tweeting gastro-hipsters, back in the 1940s, Londoners were still vaguely suspicious of grub from foreign climes. And though Chinese restaurants had been present in the city since the 1910s, Ley-On’s was one of the first in Soho, serving anglicised dishes in formal surrounds decked out in a now ubiquitous palette of red and gold.

While the debate as to whether London’s tin-pan alley really counts as Soho rumbles on, this short stretch of guitar shops and cafés certainly isn’t short on hip heritage, laying claim to more rock 'n’ roll history than the rest of the West End put together. And while Margo and the Marvettes may never have amounted to much, the same decade saw The Rolling Stones and Jimi Hendrix cut their first tracks at Regent Sounds Studios.

As the blue plaque above the door proclaims, there's more to the history of 22 Frith Street than London's first cappuccinos. Decades before Bar Italia opened for business in 1949, the premises were home to a plucky young inventor by the name of John Logie Baird, who, in 1926, used his home for the first public demonstration of the television. The very same invention, in fact, that now turns Frith Street into a no-go zone whenever Italy are involved in a World Cup. 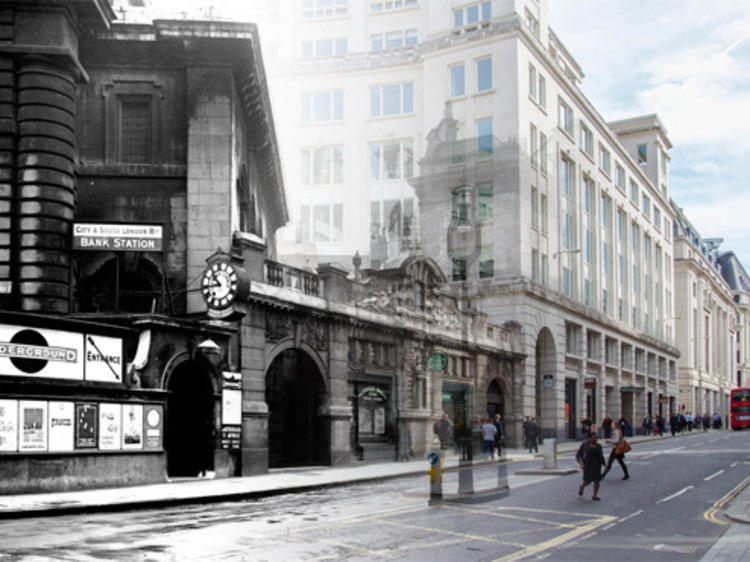 Tube stations: then and now 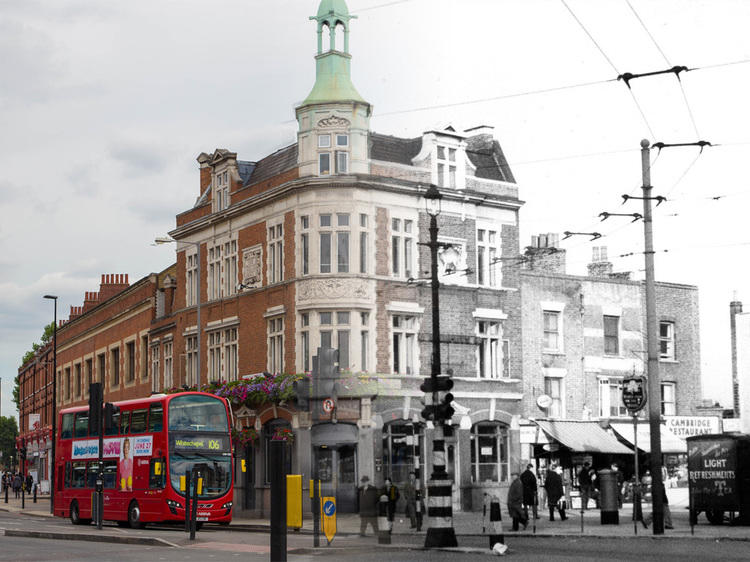 East End pubs: then and now

As our interactive gallery illustrates, times are tough for London's cockney boozers 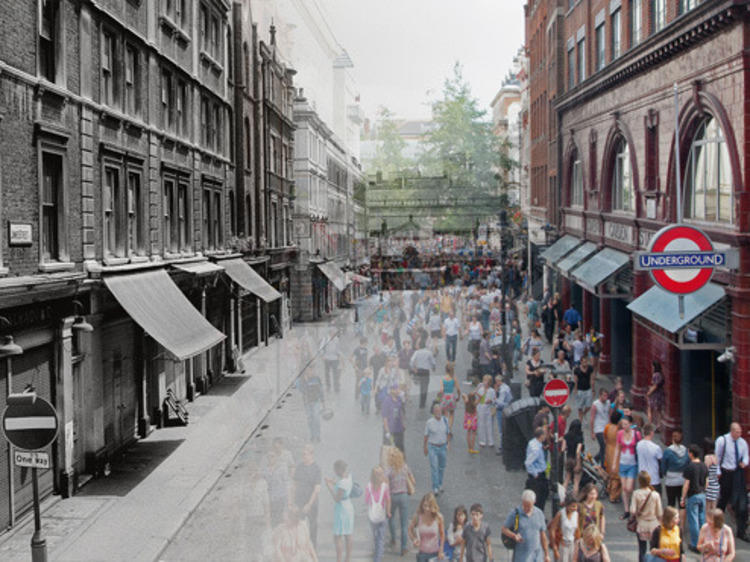 Covent Garden: then and now