What happens for Luther this series?
‘He’s trying to make a big change to his lifestyle and his commitment to his work. He feels like a happier man, and he’s making an effort to open up to love. That situation where you don’t want to be around anyone, then meet someone and the floodgates open. But he’s also being held accountable for his behaviour up to now. Fans will ask how long he can get away with it, and this year it comes to a head.’

What keeps Luther and his nemesis, Alice, coming back together?
‘The bond lies within their intellect and this chemistry between them that they enjoy exploring. He’s on the right side of the law, a smart man; she’s on the wrong side and super smart. They have common ground which no one else can step in.’

Did you expect ‘Luther’ to become so popular so quickly?
‘Not at all. I was concerned it was a genre show. Even though I was popular from “The Wire”, British audiences hadn’t seen me on TV for ten years, so it was a risk casting me as the lead. And I didn’t want to become stereotyped as a gangster after playing Stringer Bell, so I jumped at it. But I was surprised at how popular it became, especially worldwide.’

What made you come back?
‘I wanted to make sure the character lived its arc, at least for television. It’s no secret I’ve been trying to get a film version of this going, but I wanted this story to end in an interesting way – we leave on a cliffhanger.’

Is this the end of ‘Luther’ on telly?
‘If I’m honest, it might be. There’s the option of one-off specials, but I’m not sure whether we’ll do those. We think we’re a film when we’re making the show, so we should go all the way. But I’m very loyal to the audience who’ve been very loyal to us – if they demand a series or some variation on that, then I think that should happen.’

Where are you with the film?
‘[Creator] Neil Cross has an idea, so we’re fleshing that out now. The development funding’s in place, but the film hasn’t been greenlit. An old-school thriller in British film hasn’t been done well for a while. The spine of it will probably come from Neil’s book “The Calling”, which starts at the beginning of who Luther is and where he comes from. It will be an origin story.’

What’s it like spending so much time in Luther’s head?
‘Very absorbing. I end up being quite darkened, moodwise.’

Do people steer clear of you on set?
‘Yeah, to be honest. Not because I’m unfriendly, but I just get into a zone and have to stay there because there’s a lot of emoting. I saw a man hanging from a tree: I’ve never seen that in my life. I know he’s a stuntman, but the impact makes it a very dark show. The price is that it darkens my mood. I need a holiday once I’ve finished “Luther”.’
Do you like being back in London?
‘I’m not away as much as people think, but it’s good to come back. We shot this series a stone’s throw from my first school in Hackney. London’s the toughest place to shoot, especially in winter when it’s cold and wet. Bethnal Green at 5.30 in the morning isn’t my idea of fun, but when you see it on TV, it looks amazing.’

Why does such a London show translate so well abroad?
‘The audacity of the show appeals to Americans, especially as the English typically do more tailored TV. It plays like an American show but with English characters. They’re seeing a ballsy 6ft 2in black guy kick some arse. I’m not kidding, thats what they get excited about! Germany, Australia, Mexico… The aesthetic of the show has an appeal. You’ll see some bizarre shit you’ve never seen before.’

David Harewood has talked about how black British actors have to go to America to make it big.
‘I’ve bit myself in the foot a few times speaking about “black actors”, so I’m over it now. I don’t know what a “black actor” is now…’

Is TV colourblind?
‘I think we’re becoming colourblind. Because I’m a beacon, I try not to use the phrase because it pigeonholes you.’

You recently directed ‘The Pavement Psychologist’, a short film for Sky Arts – was that terrifying or a bit of a power trip?
‘Terrifying in that, although I’m an accomplished actor and know my environment really well, when you have to direct a crew waiting on your every word… I was out of my depth talking about lenses. I never went to film school, but I know what looks good. It was a great experience – I loved editing most, because that’s where you actually make your film.’

Has it changed you as an actor?
‘Yeah, I try to come on time now. I can’t stand it when actors are late! But it gave me more perspective on what a good and bad actor is. I was lucky enough to have Anna Friel as my lead – really good, and really open to suggestions. I can’t remember whether I’ve ever said no to a director suggesting I try something differently, but if I did, what an arsehole!’

Was it hard to give your peers notes?
‘I’ve worked with a lot of great directors. They don’t tell you what to do, they ask questions of you that expand your performance. So that was my approach.’

Could you see yourself doing more TV post-‘Luther’ or do you want to focus on films?
‘Television is where I’ve lived and learnt and grown. I’ll never stop doing it, although these amazing film opportunities are coming my way. But I always see myself in television as well, eventually as a director or producer. It’s a medium I’m really close to. Film tends to be much slower, and a waste of money. We work quickly on “Luther”, but we’re still very cinematic.’

Read our review of 'Luther' 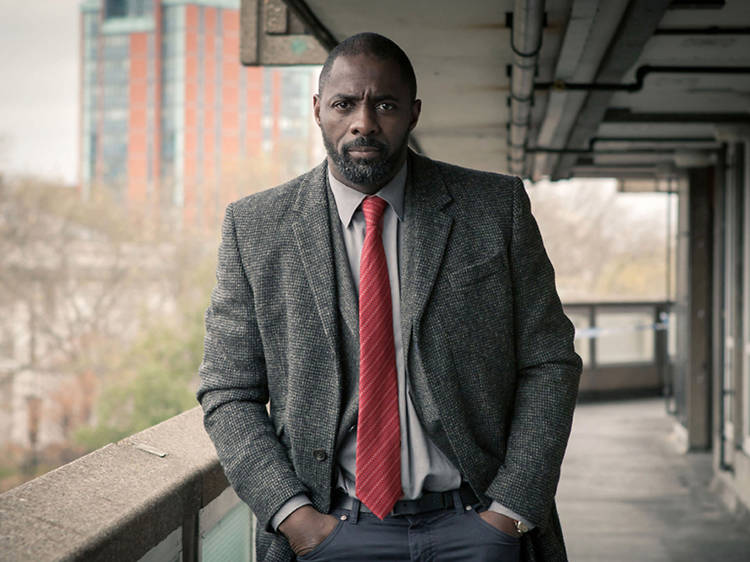 ‘Luther’ somehow has its cake and eats it, undercutting its comically deadpan severity with moments of mordant wit and comic-book daftness, not least in the completely absurd yet undeniably chilling climactic encounter. If this four-parter is Luther’s last on the small screen, then at least he’s going out on his own terms.