Sit and soak at the best Korean spas in L.A.'s Koreatown

Ready, set, sweat: Check out the top Korean spas that Los Angeles' Koreatown has to offer

Just like Korean popular music (AKA "K-pop"), Korean beauty is making headlines in the U.S. recently. Do-it-yourself, single-use Korean sheet masks can be purchased at most beauty retailers to deliver hydration, firming, blemish control and more to your face. So it's no surprise that Korean spas have also surged in popularity, offers soaking tubs, saunas, steam rooms, and a host of body treatments and massage therapies to guests.

In L.A., though, they've seemingly always been popular. In particular, Koreatown has no shortage of Korean spas to choose from, with many offering extended hours (K-town is known for having a bustling late-night scene), an on-site restaurant and co-ed jimjilbang (communal rooms) for men, women and children.

Most Korean spas require an admission fee ($15–$30) for non-members, but depending on whether you choose an expensive treatment, this fee is often waived. Seaweed wraps, body scrubs, facials, acupressure, and mani-pedi services are typical, but services differ between spas. Treatments are optional, as many guests choose to simply use the spa facilities for the day. Since children are welcome at many of the spas, they tend to attract families and large groups. It's wise to arrive early to avoid crowds for a more exclusive experience.

Relaxation and rejuvenation are the name of the game at Korean spas where you can work out any muscle kinks and leave feeling refreshed. Once you've visited the best Korean spas in L.A., be sure to also check out the city's other top spas beyond Koreatown.

The best Korean spas in L.A. 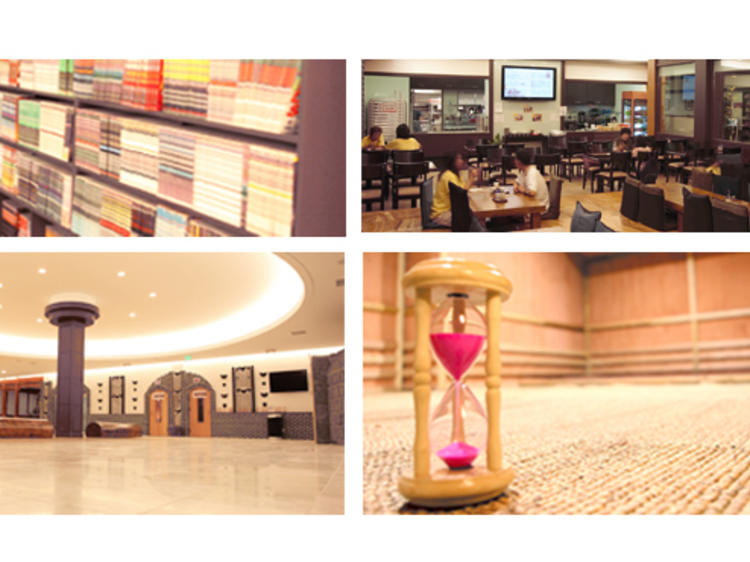 There's the Korean sauna, then there's Wi Spa. The 24-hour mega spa is the grand daddy of Koreatown saunas: Couples, groups and families (children included, making it seem more like Disneyland at times) spend hours in the expansive co-ed jimjilbang which includes five different heated rooms, TV and wifi–outfitted lounge area, library and computer room, restaurant and sleeping room. Couples and groups laze (and sweat) in oversized T-shirts and khaki shorts, before heading into separate men and women's dry and wet saunas. The basic body scrub ($55/30 minutes) is a must-do for baby soft skin, while the Swedish and shiatsu-combo massage ($150/85 minutes) soothes away, through rough-and-tough pressure, tired muscles. 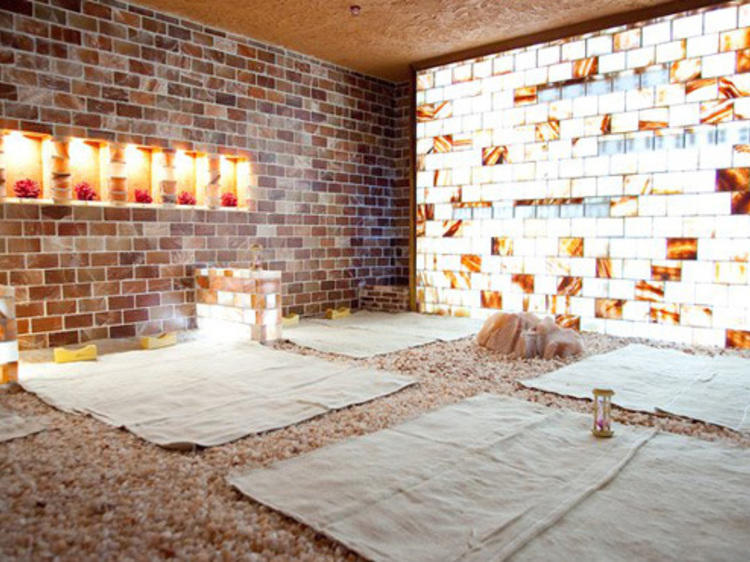 This Aveda concept sactuary offers reasonably priced spa services like acupressure ($70/hour) and full-body massage ($50/40 minutes) to complement their electic roster of amenities. From the Himalayan salt room to the red mud room, Crystal offers a particularly enticing range of goods compared to other Koreatown spas. Admission for the day is $30 (waived with some services), and the generous hours of operation allow you to indulge at any hour of the day. 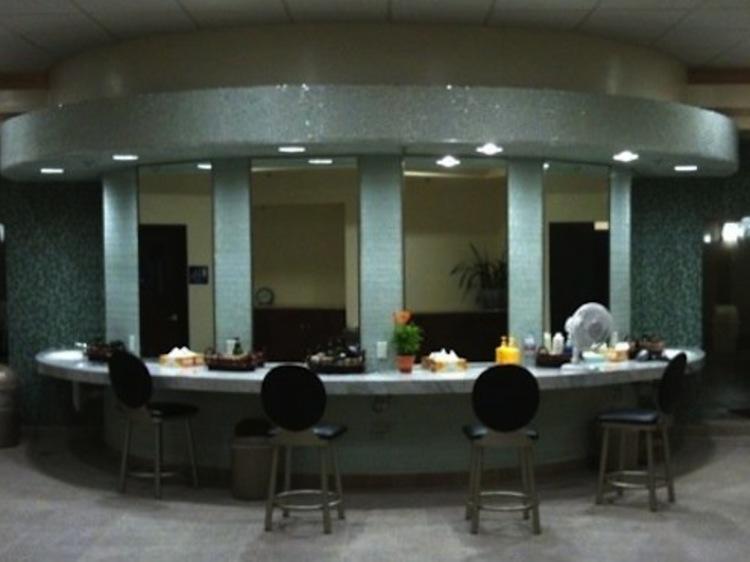 Your one-stop-shop for Korean spa services with a contemporary twist, this Koreatown spot offers a veritable smörgasbord of feel-good treatments for guys and gals. For the $30-per-person admission fee (for services under $85), bring your guy, your lady friend or a gaggle of buddies for communal relaxation in the unisex jimjilbang, where you can enjoy a nap, a roast in the sauna, glass of fresh juice or break-a-sweat ramen. Century also features separate men's and women's spas, as well as golf and swimming lessons for both kids and adults. Open 24 hours a day for limitless escapism. 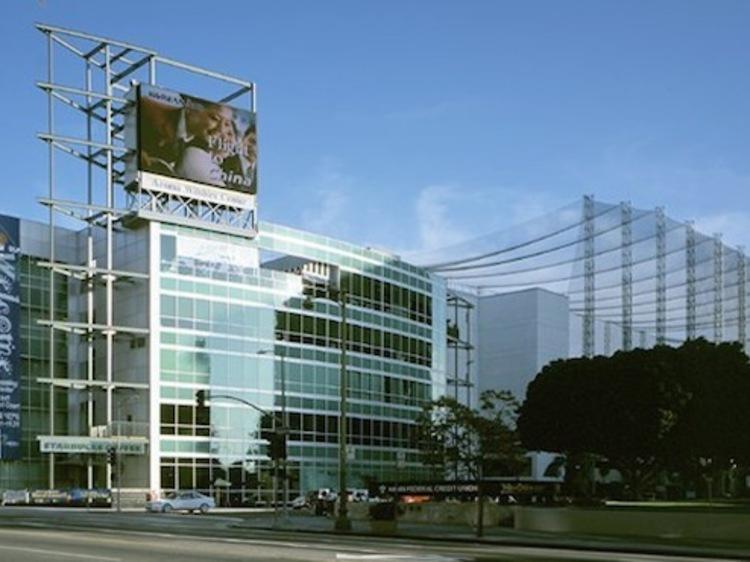 This luxury Koreatown spa and sports facility features an extensive menu of spa treatments, a fitness center, Jr. Olympic-sized pool and golf range. The Aroma Center's 336,000-square-foot space leaves little to be desired, allowing you to spend the entire day, from opening till closing, behind its tiled glass walls. 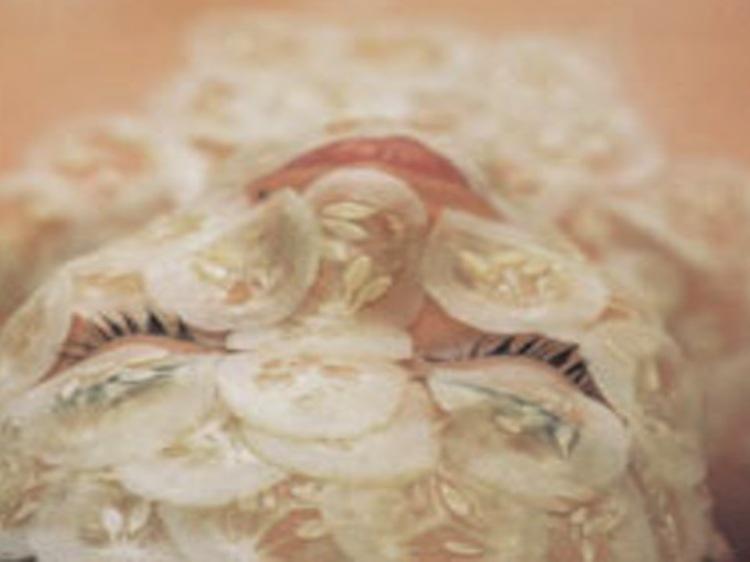 Treat yourself to a few hours of relaxation in this bamboo-colored Koreatown spa. Olympic Spa offers a variety of soaking pools, spa treatments and massage services ($85/55 minutes for Sweedish) for your pampering pleasure. Appointments are recommended, but bringing the hubby and kids is not. There's no admittance for men or minors here. How do you say "freedom" in Korean? 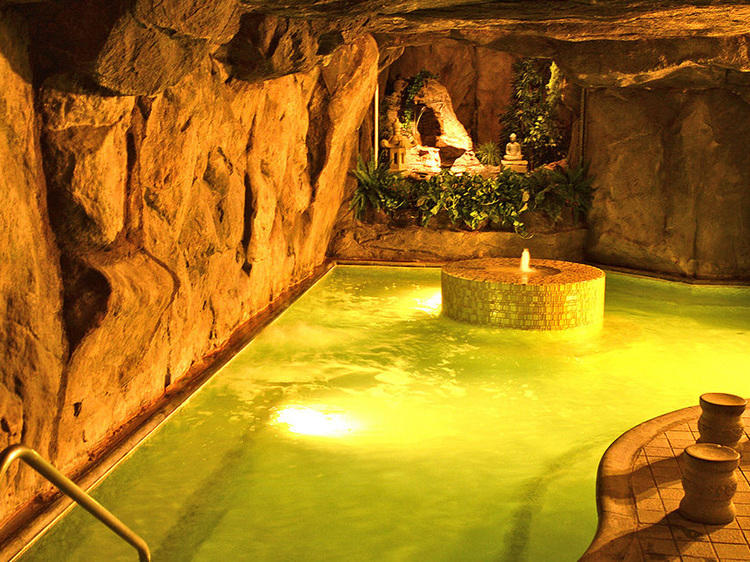 Touted as having the city's only natural mineral thermal spa, this Koreatown spa caters not only to regulars of the soak-and-scrub Korean sauna, but also to newbies and those willing to dish out a few extra bucks for hydrotherapy treatments. Amenities and facilities are basic (and could use a touch-up) with separate men's and women's soaking tubs and steam and dry saunas. Services include the obligatory body scrub—foam-top tables are divided by glass panels in a dark, tiled room—massages and facials, as well as spray tanning and hair removal. The spa closes earlier than most (at 9 p.m. daily), but this one-stop-shop means finding your zen (and your inner outer beauty) is easier than ever.