LA Pride 2022: Everything you need to know

Check out our LA Pride guide for the best places to eat, drink and party during the LGBTQ+ festival and parade in Hollywood

After having to take a few years off, LA Pride is back—and it’s leaving behind West Hollywood for Hollywood, where the LGBTQ+ event first began in the 1970s. Meanwhile, WeHo will still be staging its own inclusive festival the week before. Confused? Don’t worry, we’ll break down everything you need to know about LA Pride, the Pride Parade and WeHo Pride, plus our favorite party spots for divas and drag queens alike.

LA Pride returns on Saturday, June 11, 2022 with a concert, LA Pride in the Park, that features sets from Christina Aguilera and Anitta at L.A. State Historic Park.

Meanwhile, the 50th anniversary parade will step off in Hollywood the following day on June 12.

When is the LA Pride Parade?

The LA Pride Parade takes place on Sunday, June 12 in Hollywood, at the site of the first permitted gay parade in the world (back in 1970). The parade kicks off at 10:30am at Hollywood Boulevard and Vine Street.

See all of the details, including street closures, in our full guide to the LA Pride Parade.

Where can I watch the parade?

The parade starts at Hollywood Boulevard and Vine Street, heads west on Hollywood to Highland Avenue, south on Highland to Sunset Boulevard, and then east on Sunset to Ivar Avenue.

You’ll be able to watch from the sidewalk, and expect just about every restaurant and bar with a patio to host special seatings on the morning of the parade. Also, in a welcome upgrade from its former WeHo location, the parade route sits along two Metro stops, Hollywood/Highland and Hollywood/Vine.

Though Christopher Street West may have moved LA Pride east, West Hollywood will still hold its own celebration on the former site of the event. WeHo Pride will take place June 3 through 5, 2022 in and around West Hollywood Park (647 N San Vicente Blvd).

Then, on Sunday, June 5 at noon, WeHo Pride will hold a parade that starts at Santa Monica Boulevard and North Crescent Heights Boulevard, and heads west on Santa Monica to North La Peer Drive (just past the park).

We’re not really sure yet which of the two events will become the Pride event for L.A.—but since they’re held on separate weekends, there’s also no reason for them to necessarily compete. 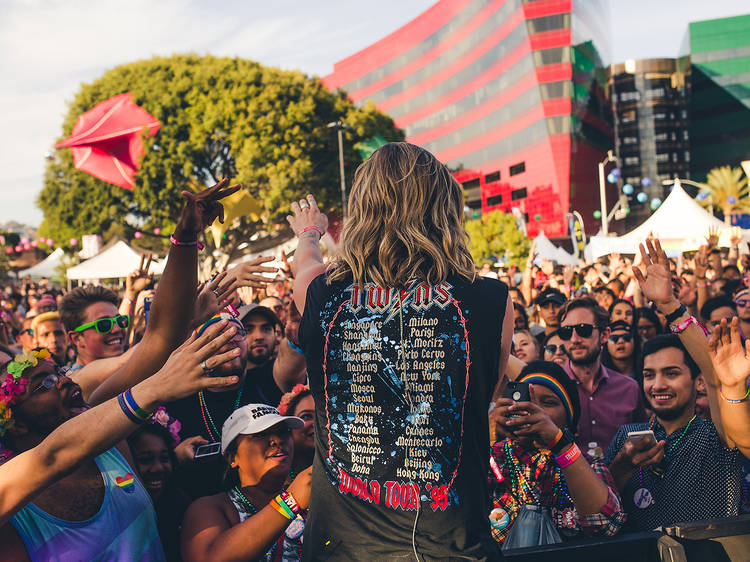 It’s been a bumpy ride this year for LA Pride, the annual LGBTQ+ parade and festival in West Hollywood, between its in-person cancellation and community... 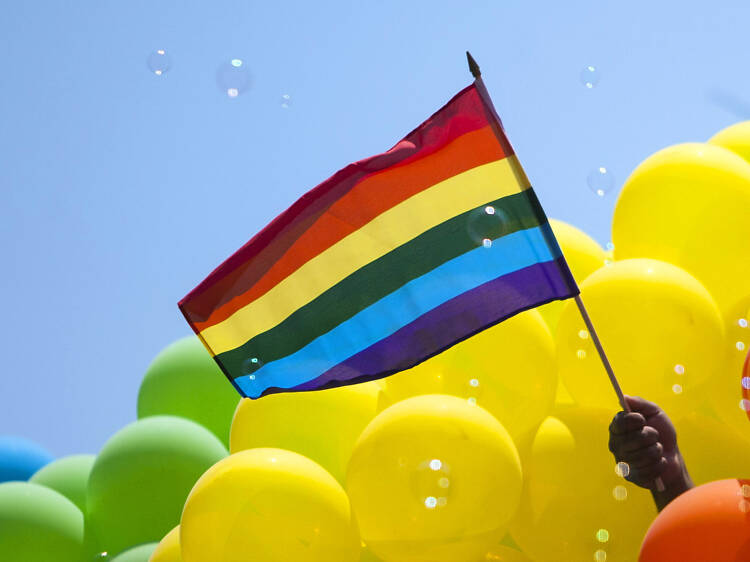 UPDATE (6/8): LA Pride organizer Christopher Street West faced community backlash when it came to light that they’d applied for a permit with the... 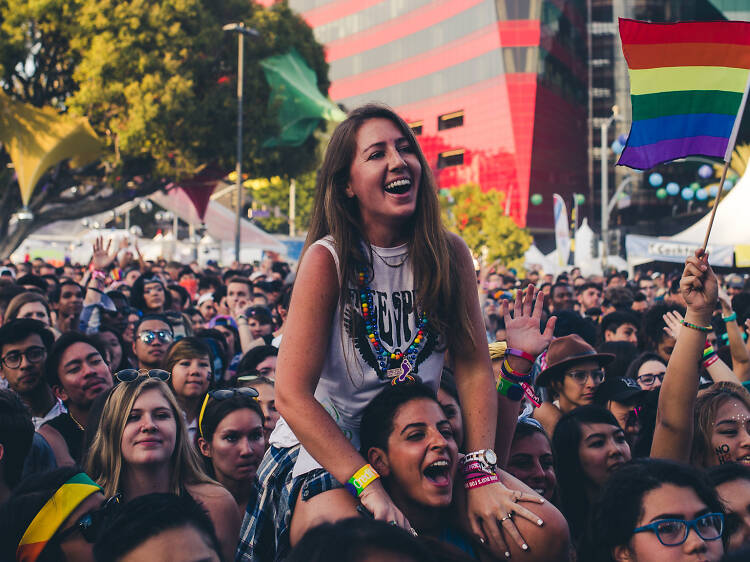 Last year’s LA Pride Festival sold out for the first time in its 48-year history, with thousands of rainbow-laden attendees flooding Santa Monica... 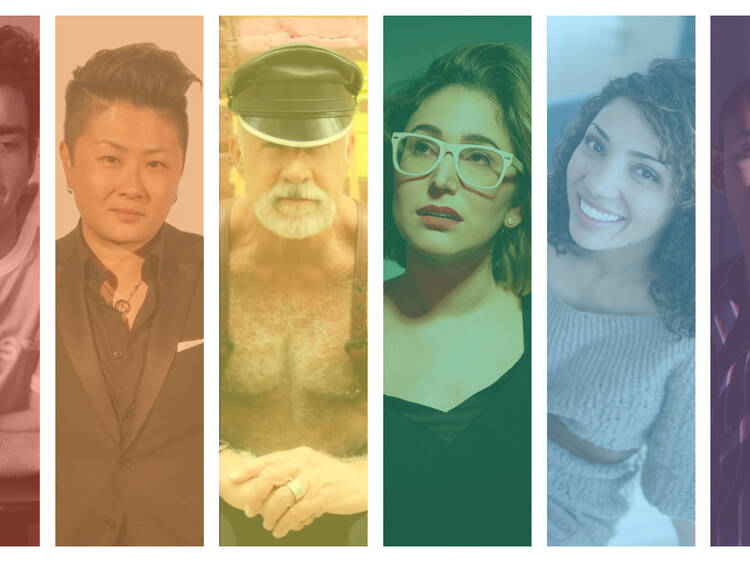 Locals on when they first felt accepted in L.A.

These out Angelenos share where they first discovered community within the city. Gaby Dunn, financial advisor and comedian   Photograph: Courtesy Robyn... 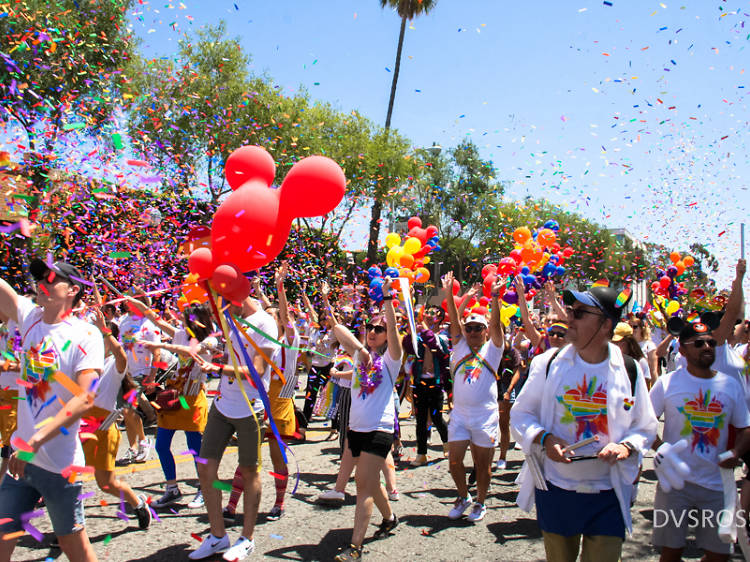 A record number of attendees turned out this year. 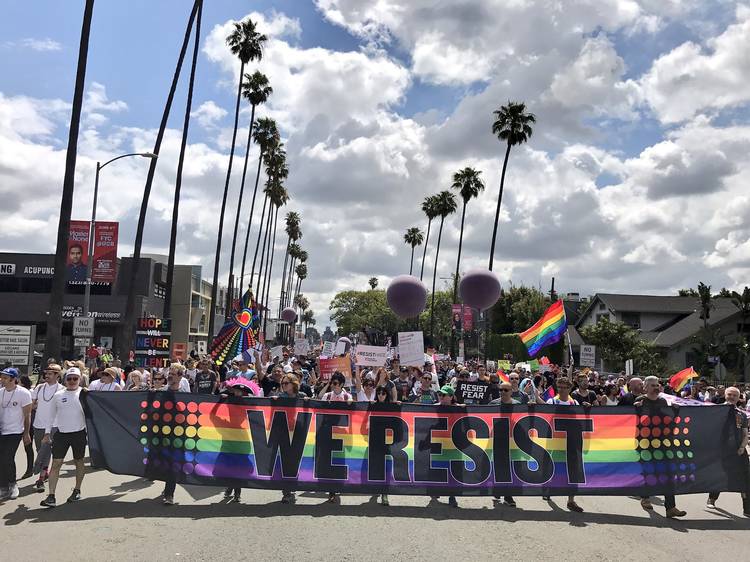 Thousands of Angelenos took to the streets of Hollywood and West Hollywood on Sunday in solidarity with the vibrant LGBTQ+ community of the city.... 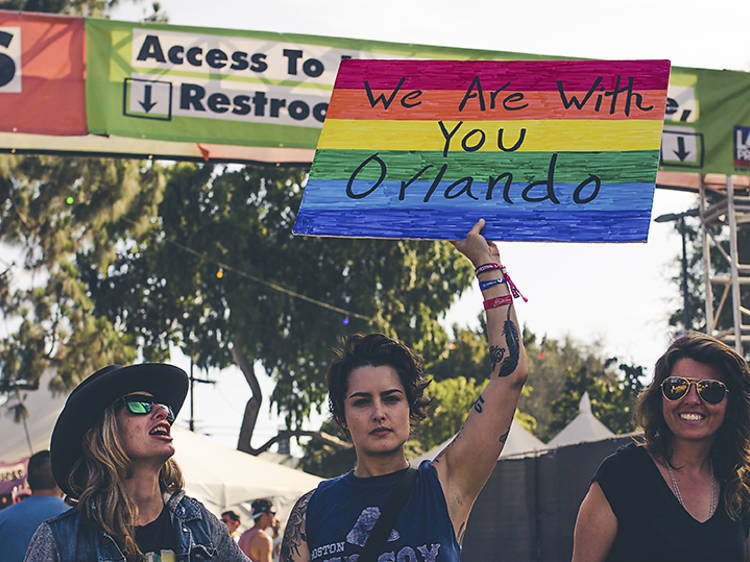 In the face of deep sadness, the annual LGBTQ fest was a chance to celebrate diversity, resilience and courage. 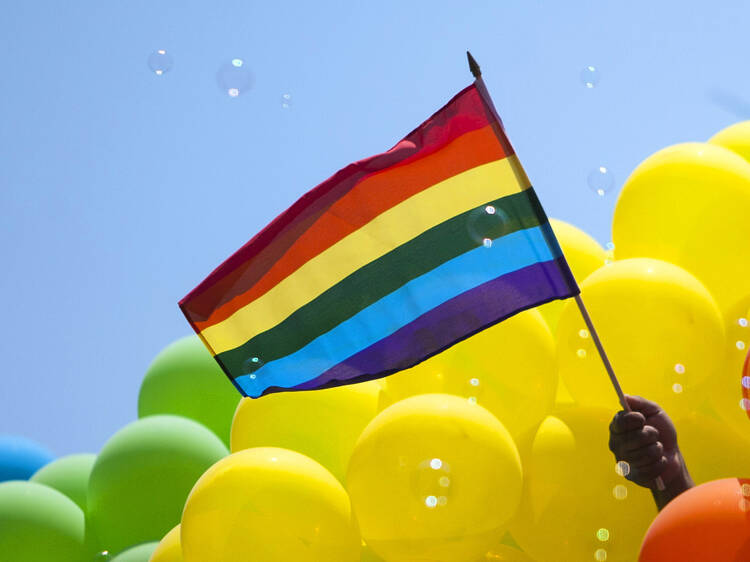 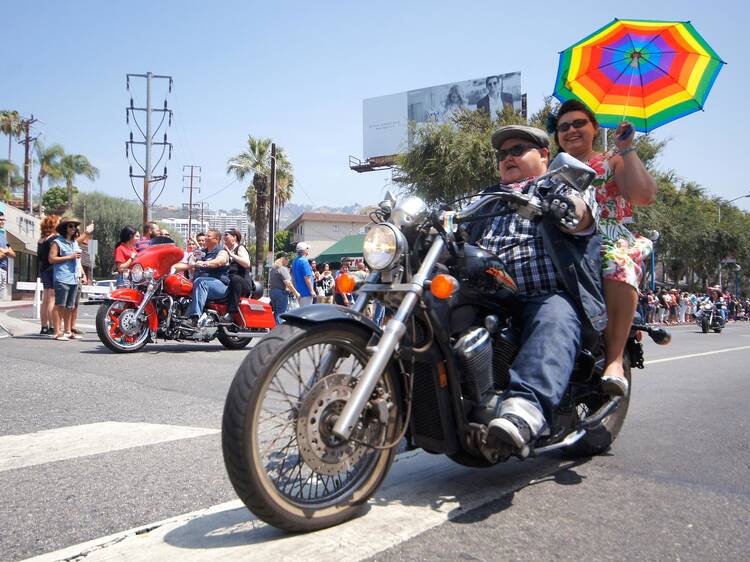 We went down on the street (and across the rainbow crosswalks) to bring you our favorite moments from LA Pride 2014. 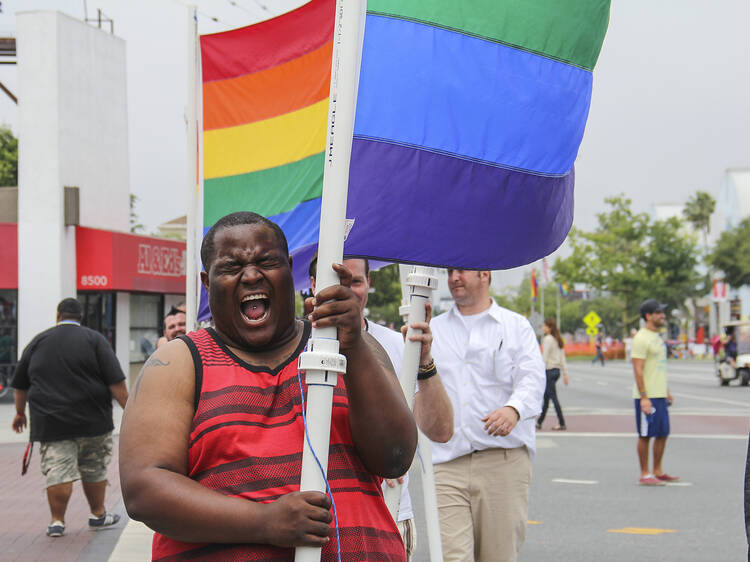 Check out the characters we found at this year's LA Gay Pride weekend.

Where to eat and drink for LA Pride and WeHo Pride 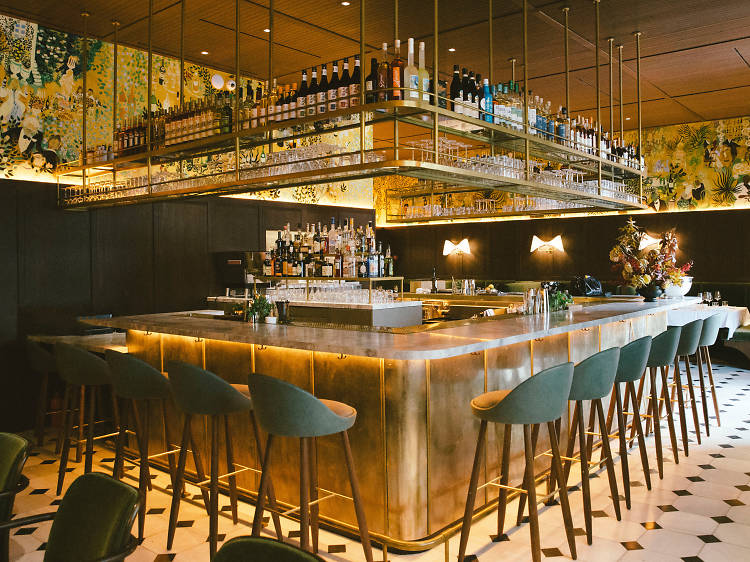 The best restaurants in Hollywood

The neighborhood’s restaurants run the gamut in terms of price point and type of cuisine. 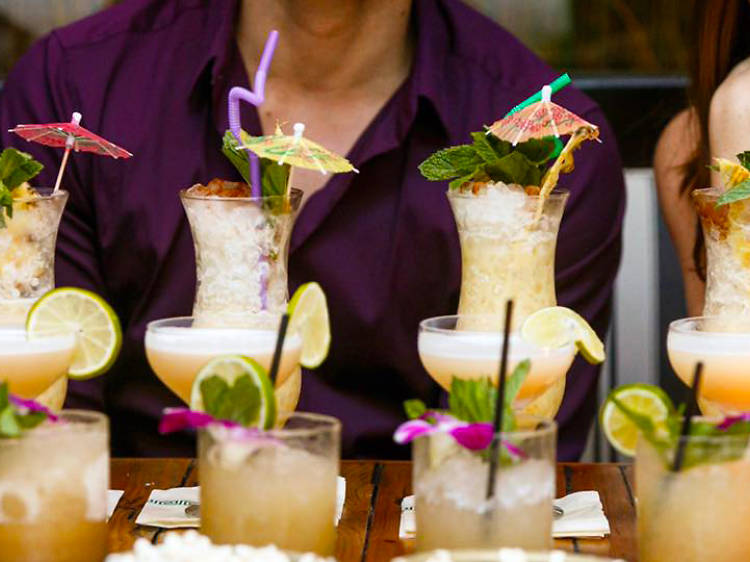 The best bars in Hollywood 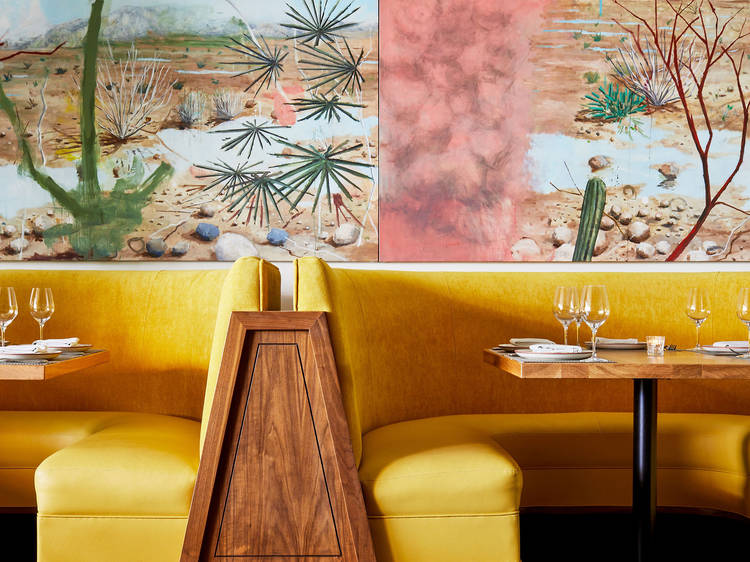 Fuel up with breakfast, brunch, lunch and dinner at these superb spots. 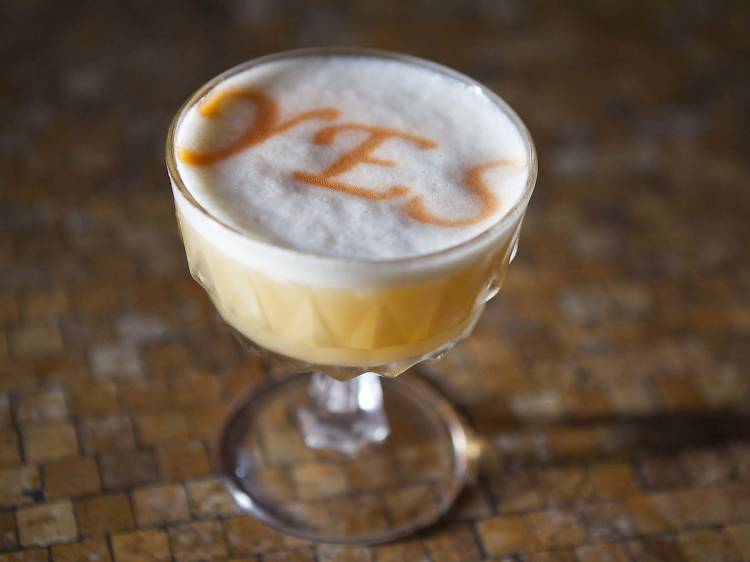 From a swanky cocktail bar to a rowdy Irish pub. 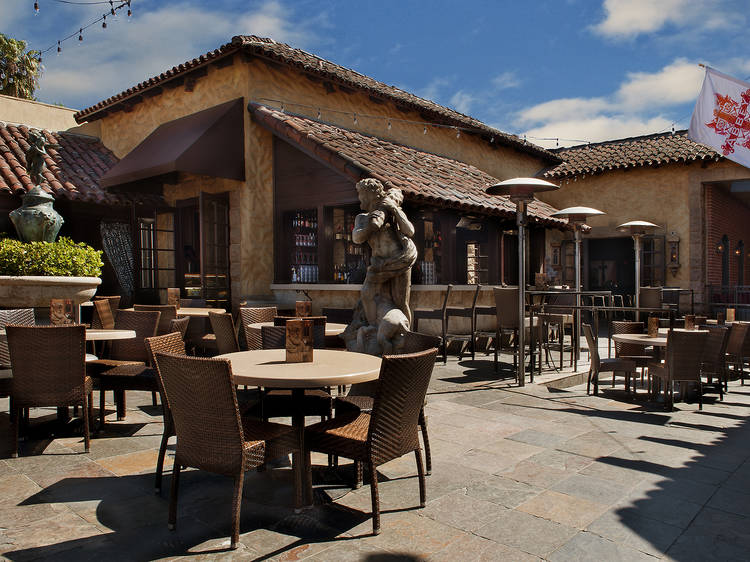 The best gay bars and clubs in Los Angeles

When it comes to gay bar and club options in L.A., there’s lots to choose from,