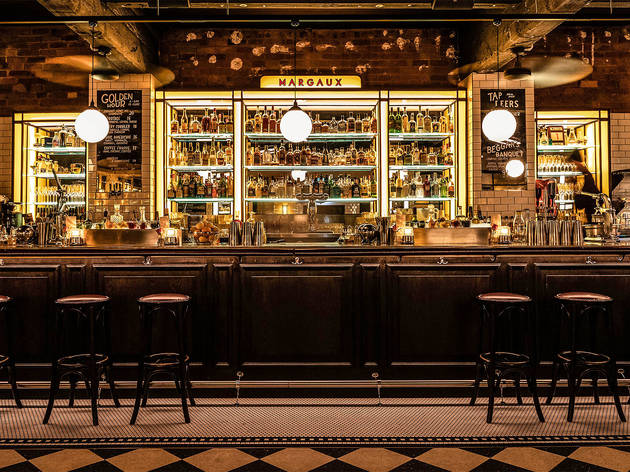 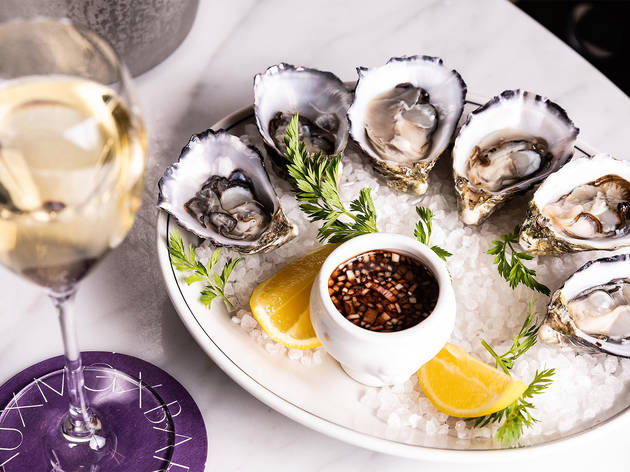 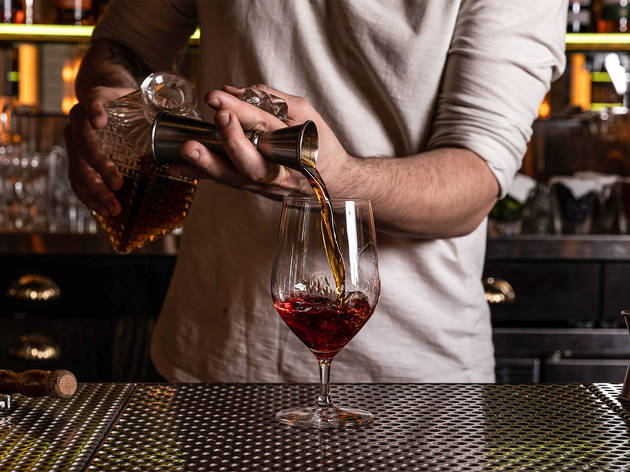 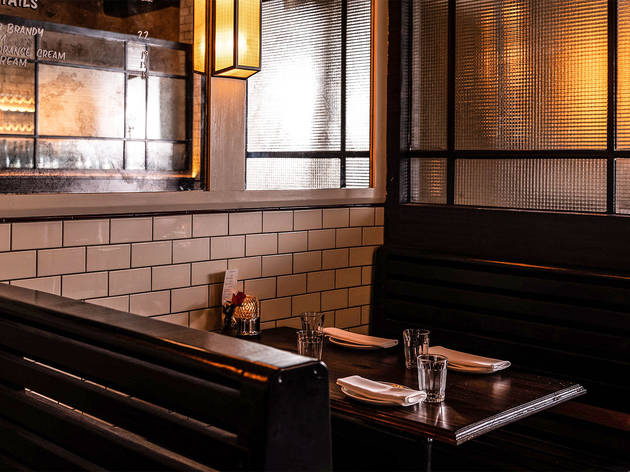 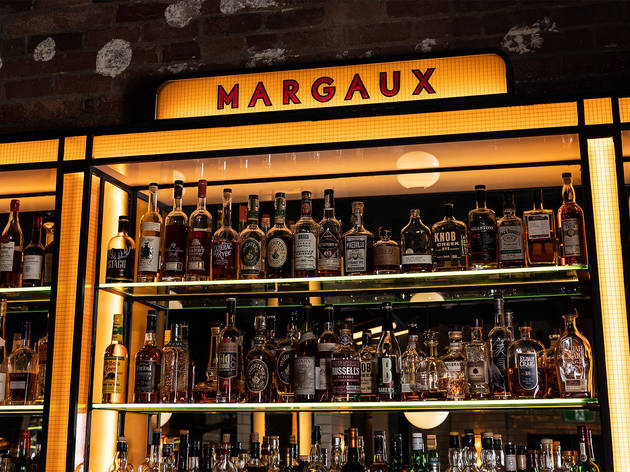 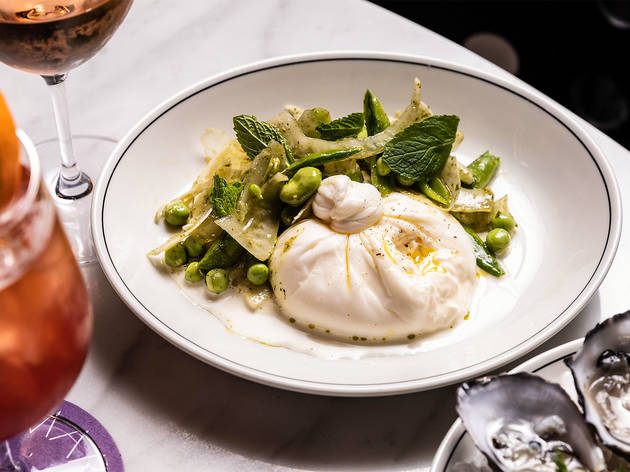 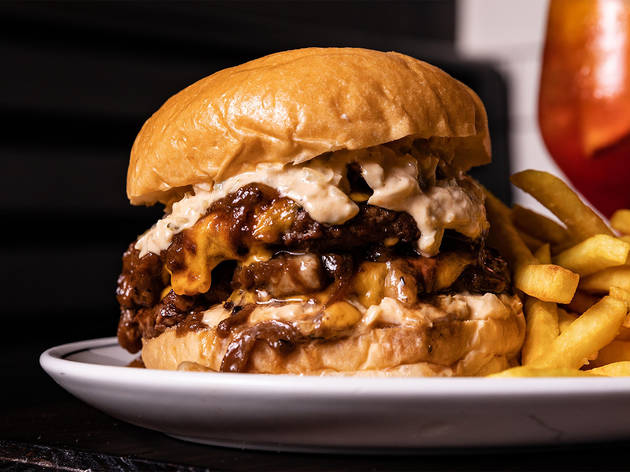 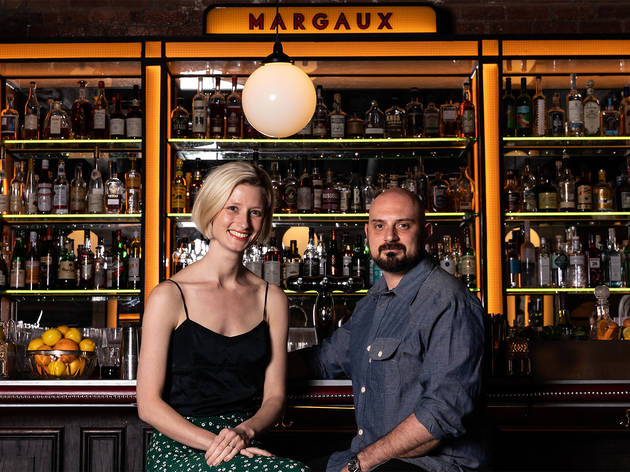 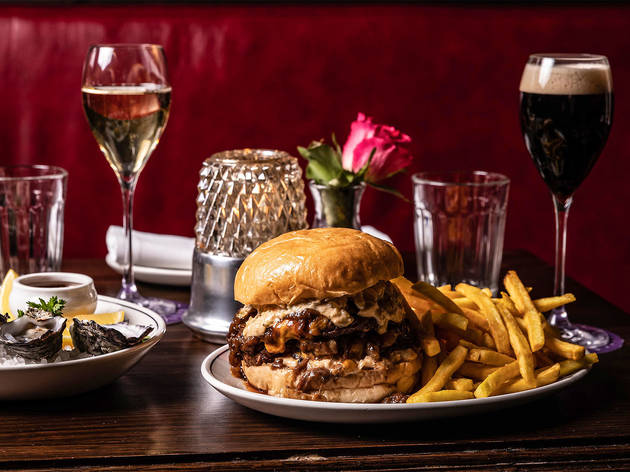 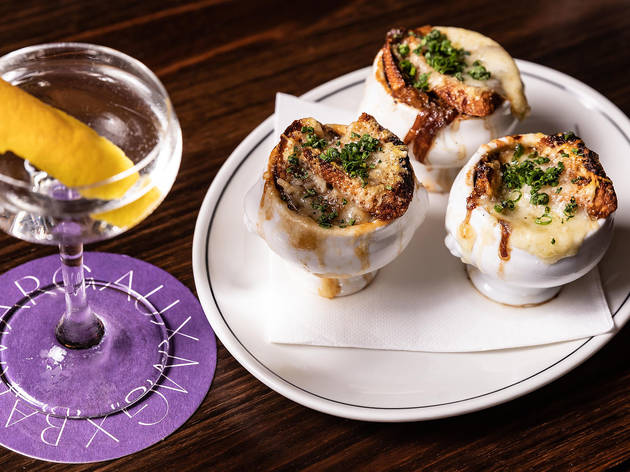 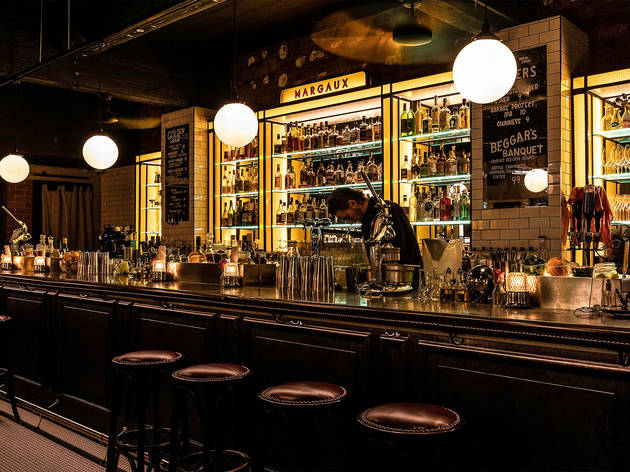 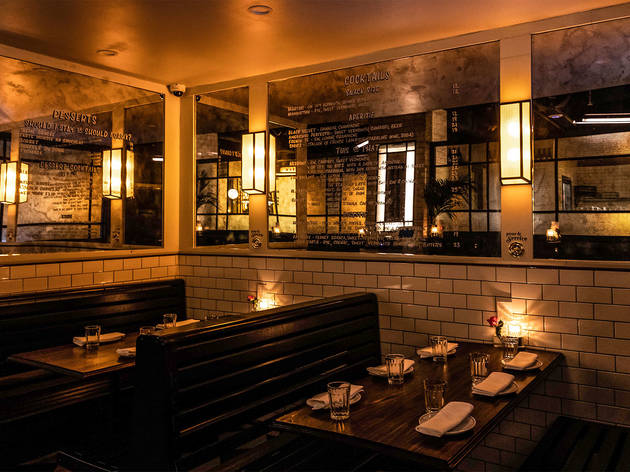 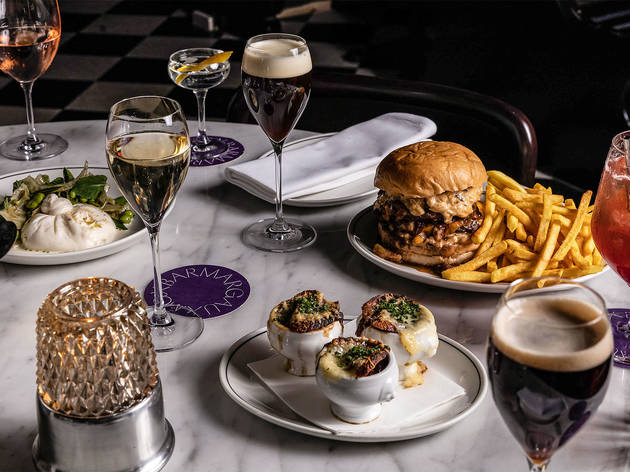 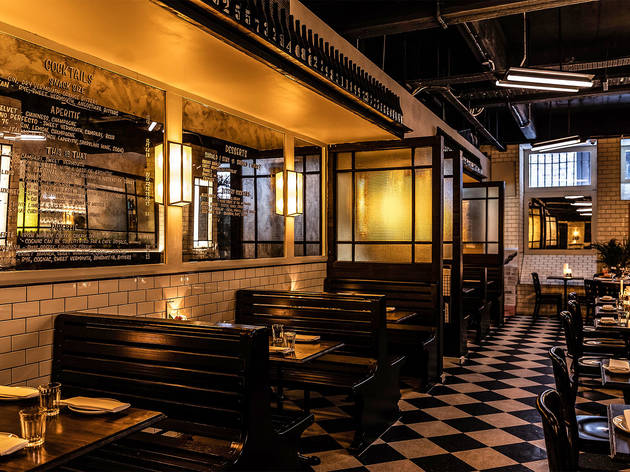 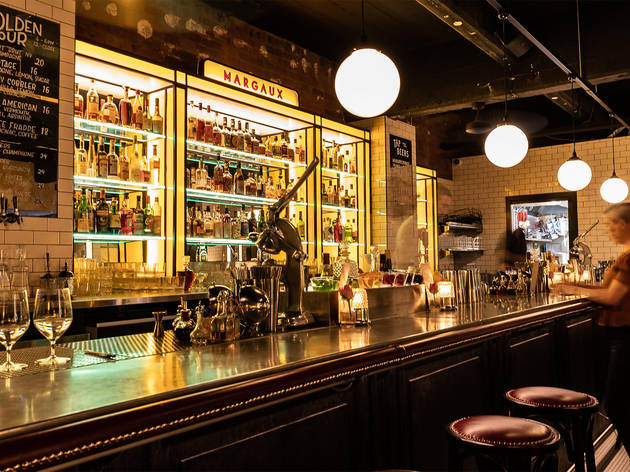 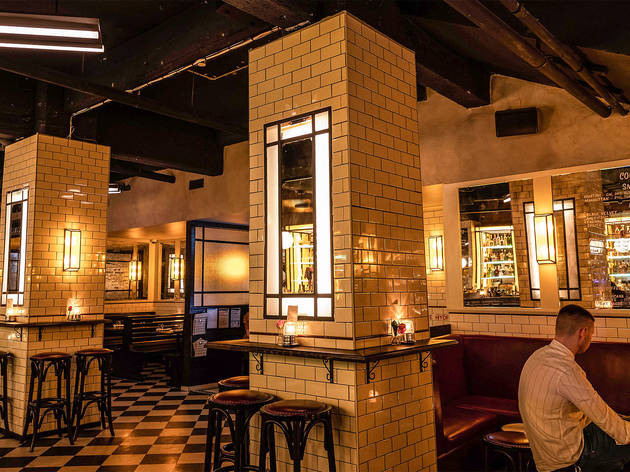 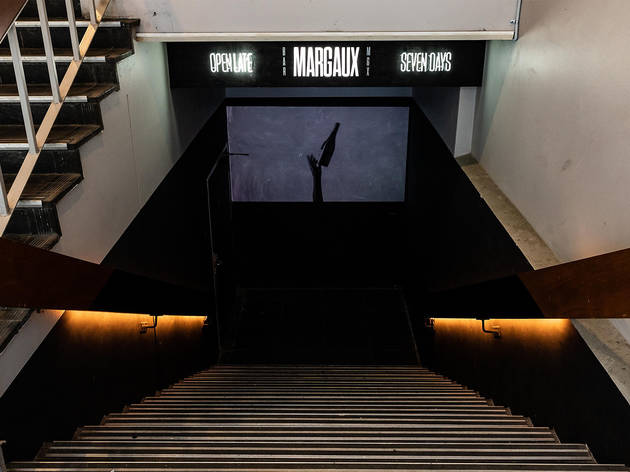 Nobody would be shocked to hear that the cocktails at Bar Margaux are good. The CBD basement bar has excellent DNA, with a lineage that includes trophy-laden cocktail saloon the Everleigh and dive bar-esque Heartbreaker, where the booze quality is equal to the late-night debauchery. What is perhaps more surprising is that the cocktails at Michael and Zara Madrusan’s third bar are only one part of a very smart equation that, in true Melbourne style, thoroughly and successfully blurs the lines between bar and restaurant.

A Melbourne take on a New York version of a Parisian bistro, Bar Margaux ticks all the right design tropes – chequerboard floor, shiny white subway tiles, booths, wired glass dividers, golden back bar lighting – and deftly assembles them so that the space sidesteps cliché and becomes very much right place, right time. Michael Madrusan’s time tending bar in New York was well spent, given how intrinsically he understands the kind of spaces a late-night joint like this needs – privacy in shadowy booths down one end, room for display around the bar.

There’s also been serious thought put into the food. Like the fitout, the menu is a roll call of classics, offering the kind of French bistro dishes you’d expect in a place that looks like this. What you might not expect in a watering hole where the kitchen’s open until 3am (and beyond on weekends) is that you’re going to get such a good French onion soup or credible steak frites or such a ridiculously rich lobster croque monsieur.

But it’s not all about the late night. ‘Golden Hour’ specials (between 4 and 6pm, and then again between midnight and close), when you get a glass of burgundy and a burger or Champagne and oysters for less, ensure not only a Mad Men-era mood, but also a flow of traffic through the place that keeps the pace and energy churning.

Cocktails are made with the precision we take for granted in a Madrusan joint. The classics and their friends are well represented – Brandy Alexander, Black Velvet, Gimlet – and Margaux has also joined the burgeoning small cocktail trend with its “snack-sized” three-gulp cocktails, perfect for when you’re pretending to keep it nice.

Melbourne’s late-night scene keeps getting better, and it’s places like Bar Margaux that are making it so by keeping the quality high, whether it’s 4pm or 4am. We’re glad it’s joined the party.