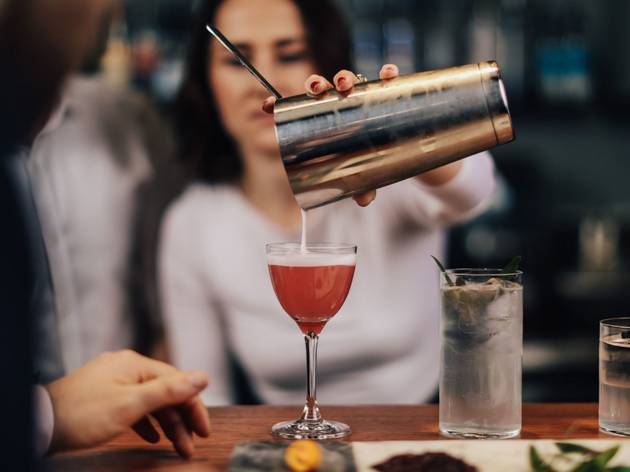 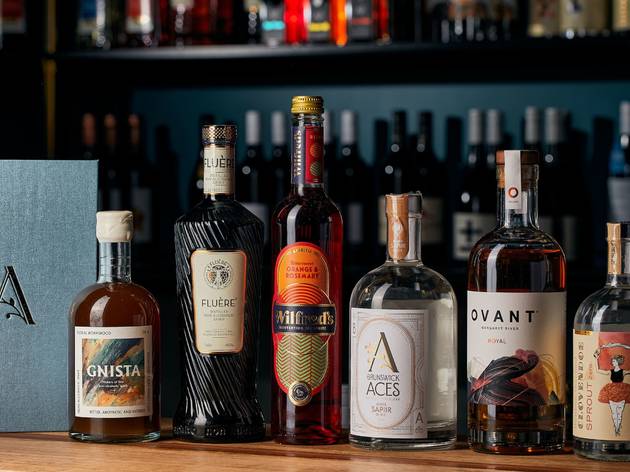 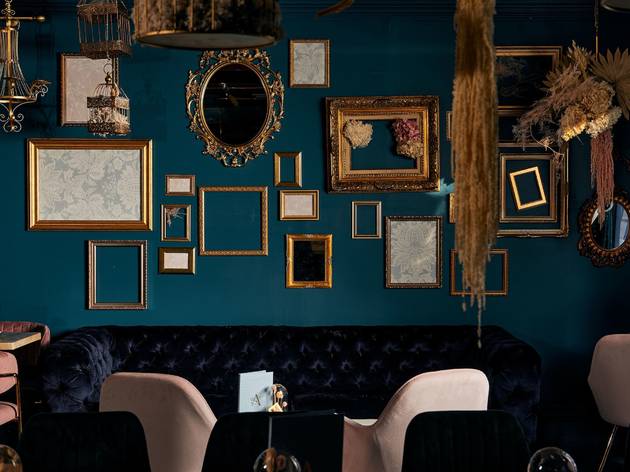 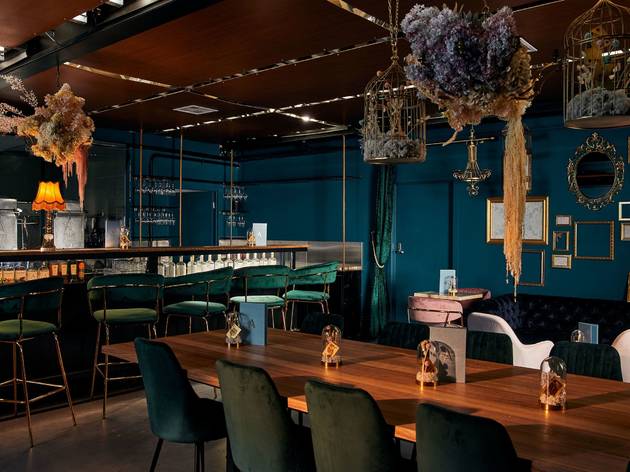 Want to spend your night at a bar and wake up fresh as a daisy? This is the place for you

It's Saturday night, and you're in a bar. The lighting is dim, and groups of friends are tucked away into corners on plush velvet chairs, enjoying conversation and drinks. The familiar shucka-shucka-shucka of bartenders shaking cocktails comes from the bar, along with the fizzy burble of beers being poured and the clink of wine glasses. Here's the kicker, though: Not a single person in this bar is drinking alcohol.

This is Brunswick Aces, a bar that serves just one alcoholic drink: a single gin and tonic, in a nod to normal bars stocking just one lemon, lime and bitters. But that doesn't mean you'll go thirsty here. In addition to their own non-alcoholic gin-inspired drink, which the Aces team call 'sapiir', the bar stocks plenty of non-alcoholic beer, wine and spirits from other brands like Heaps Normal XPA, Songbird Wine Ovant, GNISTA, Non and Vandestreek Playground IPA. All wines are available by the glass and by the bottle, and alcohol-free spirits are mixed with juices, extractions and syrups to make a variety of cocktails. These tend to be on the sweet side, and they are served in glassware with accompanying garnishes that will be familiar to anyone who has spent time in any of Melbourne's best bars.

The decor is similarly inviting, with blue walls, decorative features made of playing cards and picture frames, and comfortable chairs that invite hours of convivial drinking.

The bar also has an accompanying bottle shop, so if you find something you like you can purchase some to enjoy at home.

It's Australia's first non-alcoholic bar and bottle shop, though the team hope it won't be the last. “When we initially announced the new bar back in February, we expected some positive feedback from locals, but we’ve been inundated with messages from far and wide," says CEO and co-founder Stephen Lawrence. "Moderate and sober drinkers from Perth to Sydney and even the US and UK have contacted us not only keen to visit, but also asking us to open venues in their home cities.”

Brunswick Aces is the brainchild of a group of seven friends, who realised they wanted to be able to include everyone in events, even those who were off the sauce. The bar is attached to the Brunswick Aces distillery, which makes about 3,000 litres of juniper-forward non-alcoholic infusions a week.