Bars Melbourne
Recommended
5 out of 5 stars 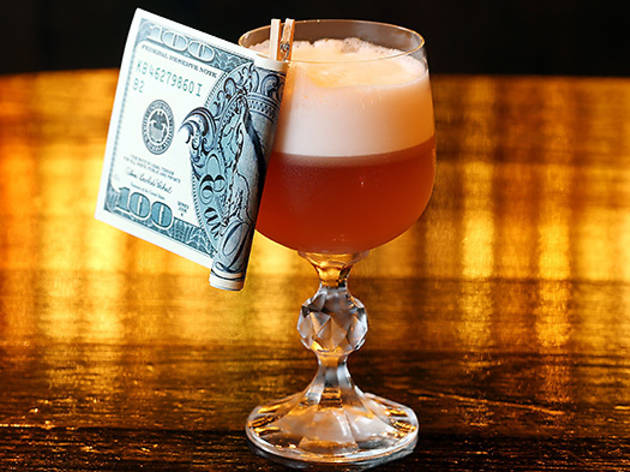 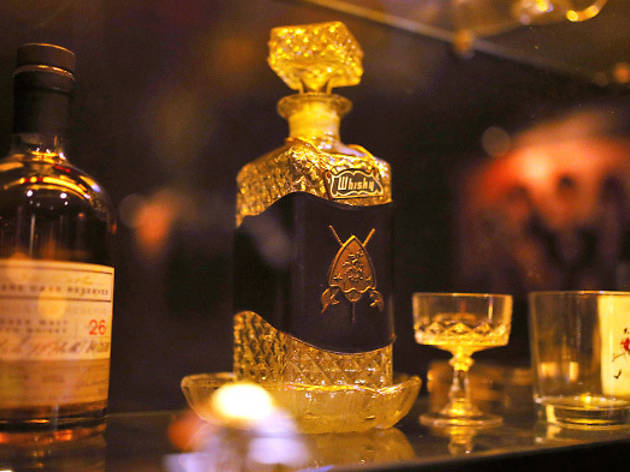 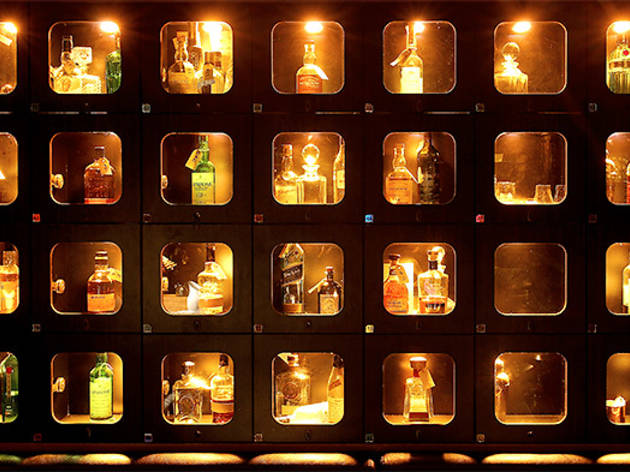 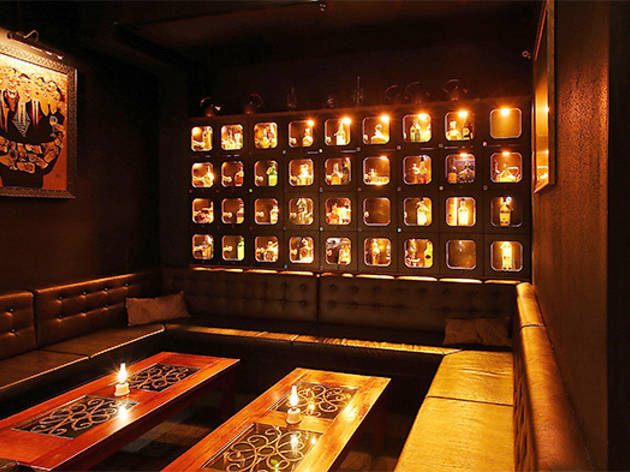 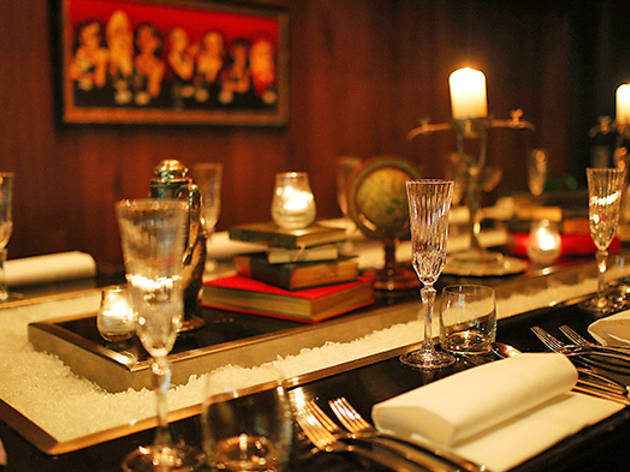 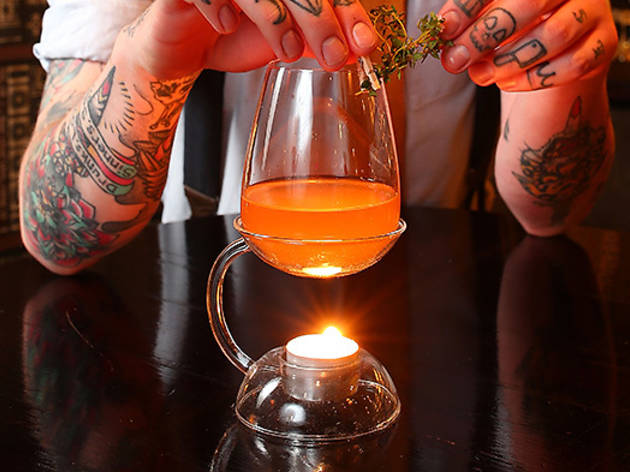 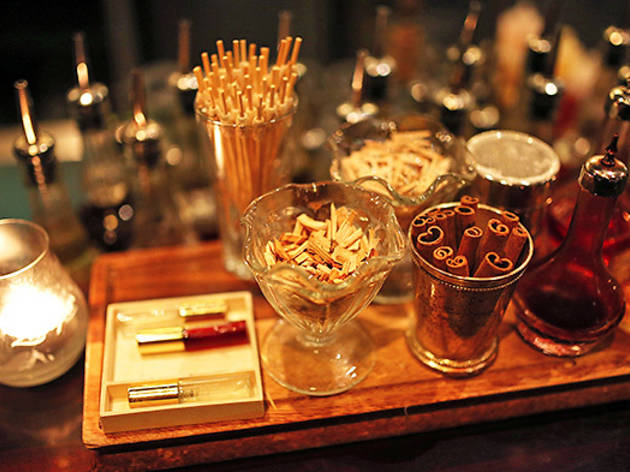 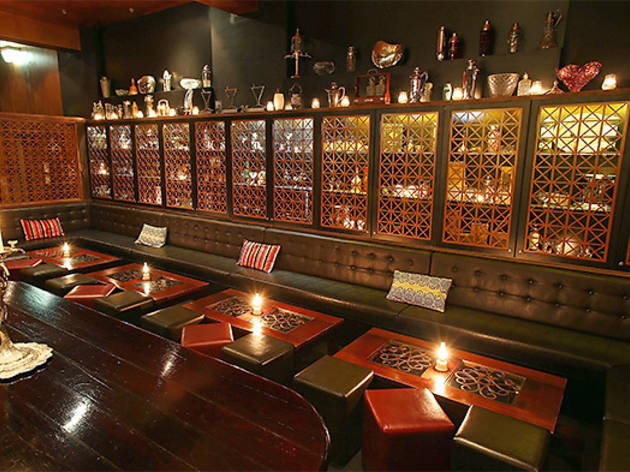 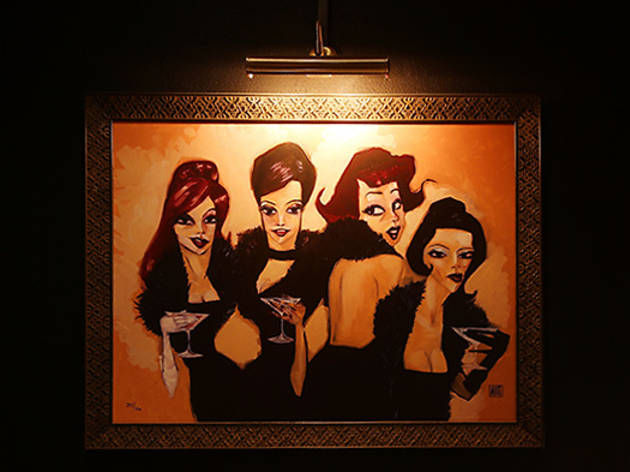 This hidden bar has evolved from from trendsetter to icon

Eau de Vie was once one of those hidden bars that would take you a good chunk of time to find. Now, it’s one of the worst kept secrets in Melbourne. The American prohibition era premise hasn’t changed even though the trend has been left behind. EDV continues to be one of the busiest cocktail bars in town due to its ability to transport you out of the modern day and into the charms of yesteryear.

But it isn’t just the jazzy soundtrack, private booths and staff clad in waistcoats that are the drawcard. EDV backs it up with some serious drinks and also a bit of flair. Chilling down drinks with liquid nitrogen, flaming spirits and tableside smoking are common practices here, and there is method to their madness. A Rob Roy arrives under a glass dome, trapped with wood smoke that does indeed add another alluring dimension to the already complex combination of whisky, rum and vermouth. Martinis are referred to as Noble Experiments, offering up a range of vodkas, gins, bitters, rinses and garnishes as an adult pick ’n’ mix for a truly customisable classic, served with liquid nitrogen to sustain the perfect drinking temperature.

Adjourn to the whisky lounge, if you’re more inclined, for a dram. The list is vast and covers many styles, serving as an educational tour as well as a collection of the greats. There is even the opportunity to purchase your own bottle, should you be particularly taken with a whisky, for future consumption whenever you’re on site.

Food is not an afterthought at EDV, with a full kitchen able to support tables requesting multi-coursed feasts. Charcuterie and cheese boards are a given, but the eggplant fries and baked Camembert are crowd favourites. For a touch of luxe, the duck sausage roll sees a rich, fatty update with foie gras in the mix. It comes with a truffle-spiked Dijon, but we don’t think it is necessary, it's already delicious enough.

EDV may no longer be the best bar you’ve never heard of, but it still stands as one of the greats.