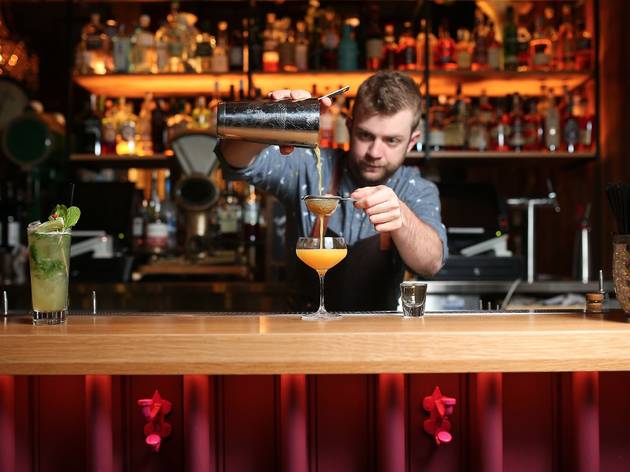 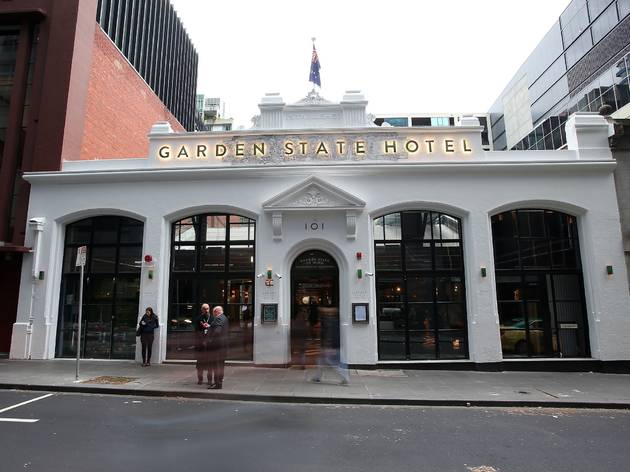 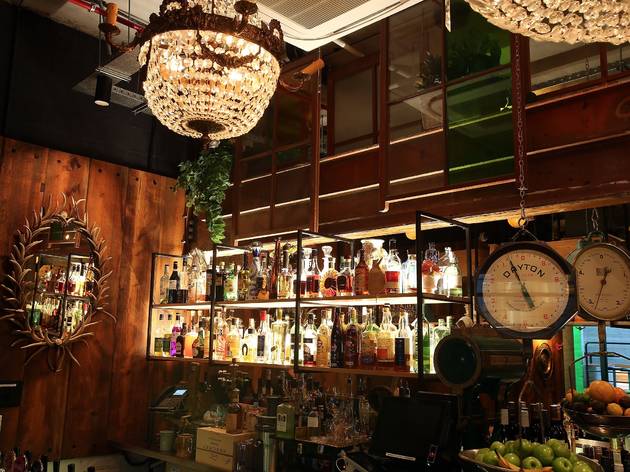 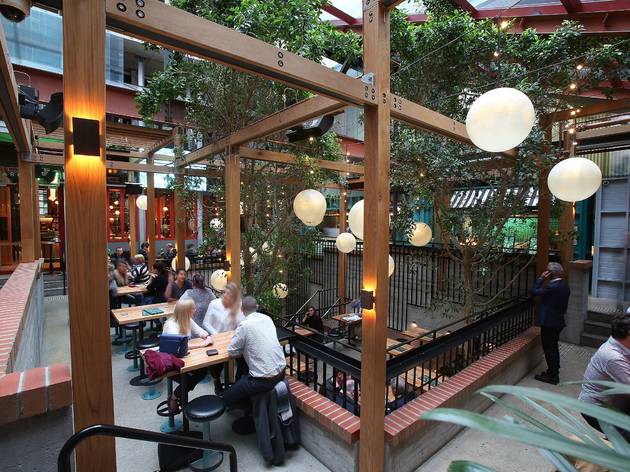 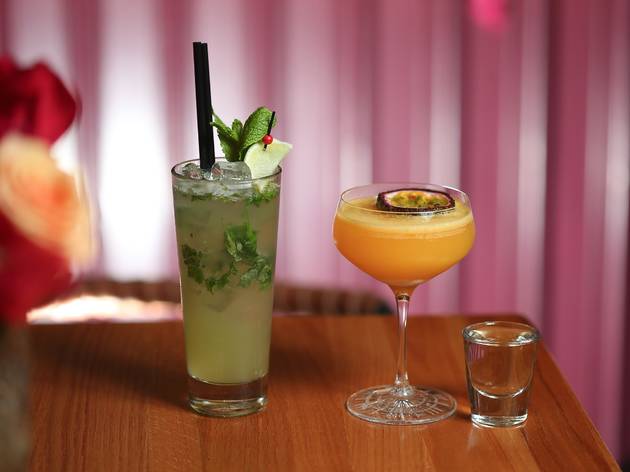 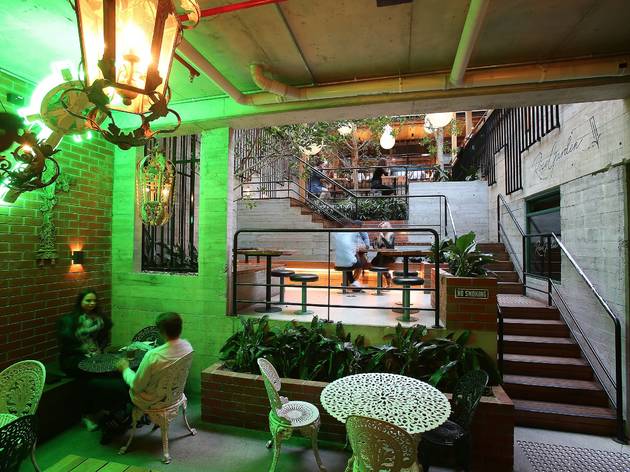 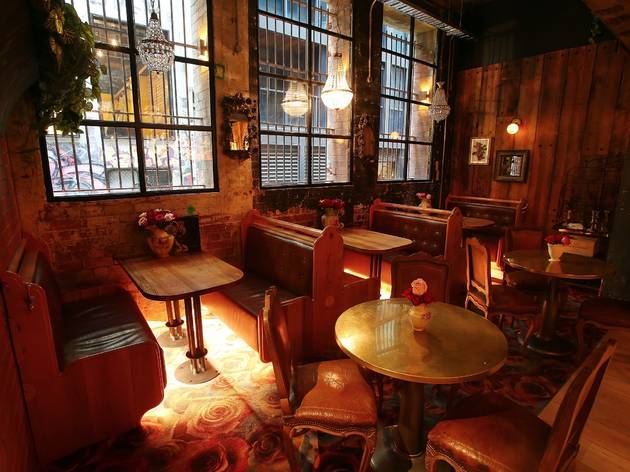 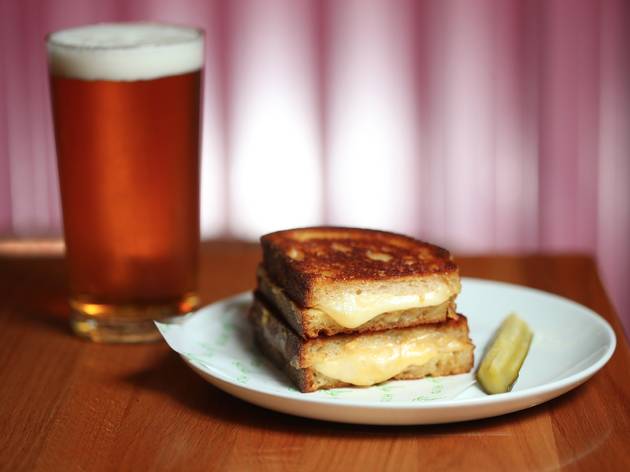 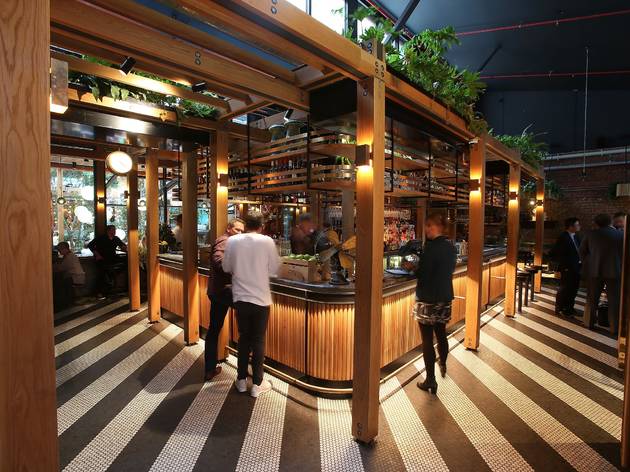 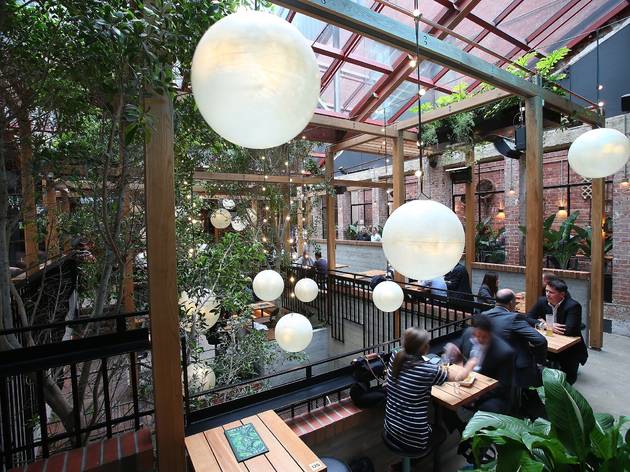 The CBD’s new Garden State Hotel is huge. Four levels surround a central atrium that lets natural light permeate from above, and also leads down to the basement cocktail bar. Black steel, greenery and an aquarium’s worth of glass give the whole place a greenhouse atmosphere – the fingerprints of designers Techne, who did a similarly awesome job on the Prahran, Bridge and Terminus hotels (which, like the Garden State, are part of the Sand Hill Road hospitality empire).

At any of three bars, chipper and quick-witted staff pour ultra-safe beers like Fat Yak and Peroni, with an excellent amber from McCracken’s as the lone standard bearer for flavour in the CUB line-up. It’s malty but smashable, and would go a treat alongside pretty much any whisky, of which you’ll find a solid selection.

Downstairs, the Rose Garden cocktail bar holds water as a venue in its own right: the Vanity Fair-meets-Nana’s house design is full of cosy nooks, and the cocktail list has top-tier aspirations. They almost get there, too, and if they take some time to match the complexity of flavour to the excellent presentation and service they might just take a swing at the city’s best. Either way, the cocktails are a hell of a lot better than what you’d find in most pubs.

The spirits offering leans a little heavily on Bacardi and we reckon Melbourne deserves better than just CUB beers, but hopefully they’ll make use of the obvious talent on the team to diversify the beer and cocktail lists over time. Wine, on the other hand, is a highlight. There are some crackers by the glass like a Thierry Germain Chenin Blanc from Anjou that’s all salty beeswax and hearts of palm, a perfect match for a sharing plate of pickled octopus on a bed of zippy coriander and green chilli sauce. The fruity and dry Save Our Souls Upper Yarra Sangiovese is perfect for quaffing, or matched to a peppered minute steak piled high with baby spinach leaves and pickled onion. It’s tender, delicious, and a bloody good deal at $22.

Sharing platters come as piles of protein served with condiments and a stack of milk buns for DIY sandwich artistry. It’s a great deal for a hungry group, but the pork belly version is unfortunately under seasoned and you’ll be fighting fork-wars with your compadres for your share of the tiny puddle of mayo-drenched slaw. For selfish eating that won’t disappoint, head to the Kiosk for a grilled smoked raclette cheese sandwich. It’s as good as your hangover wants it to be, and it’s available for take away.

The pubs of the CBD have recently started to take a real crack at offering a quality experience after years of shooting after-work fish in a barrel. It’s a nice trend, and one that we citizens of a city so well known for hospitality – not to mention our many tourists – deserve.