Bars Fitzroy
3 out of 5 stars 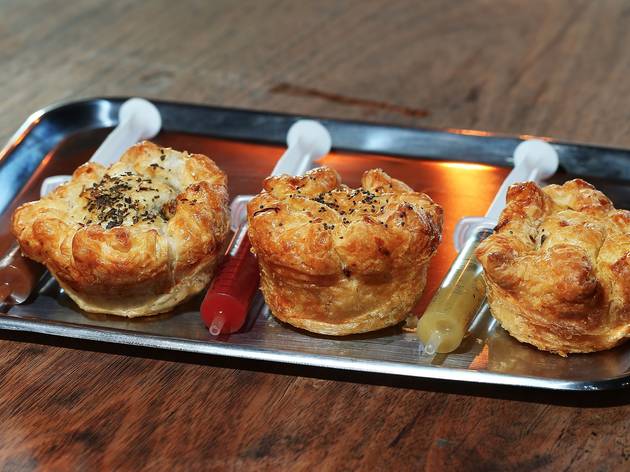 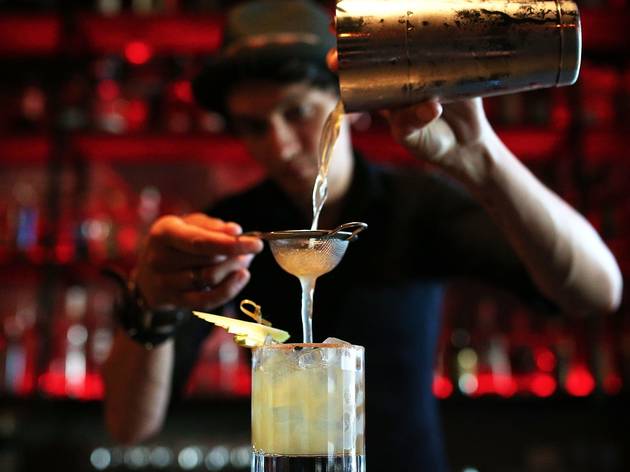 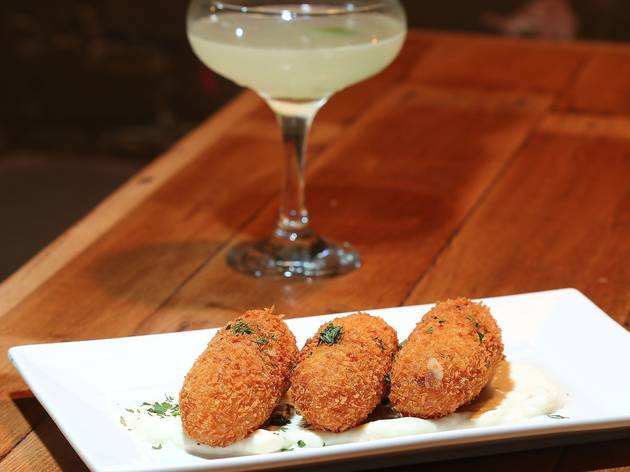 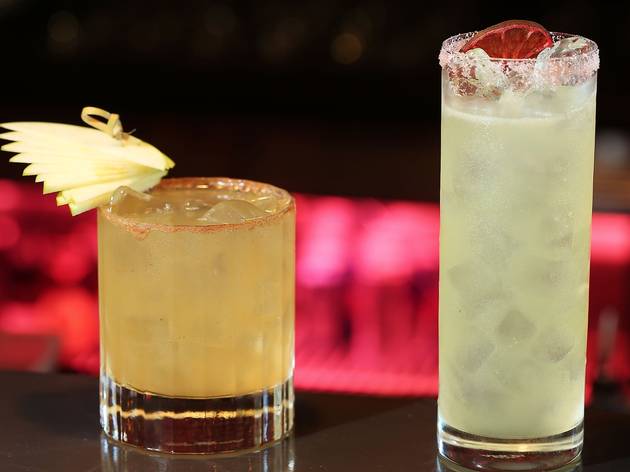 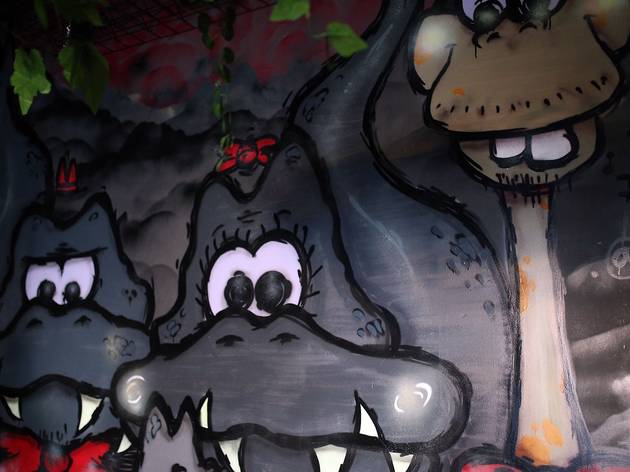 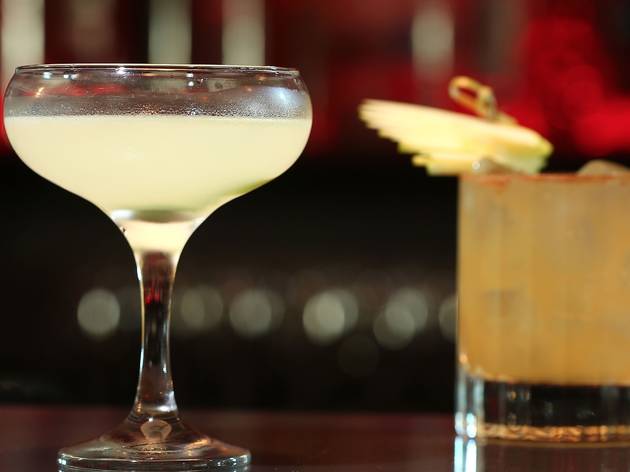 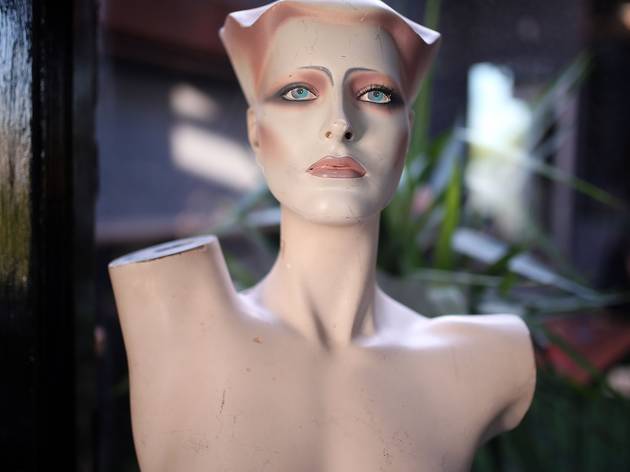 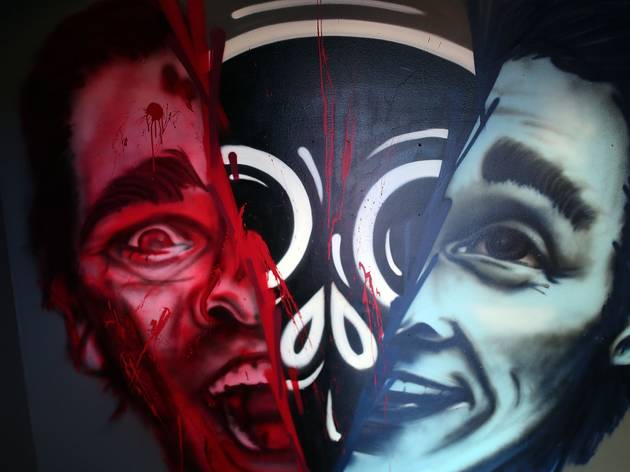 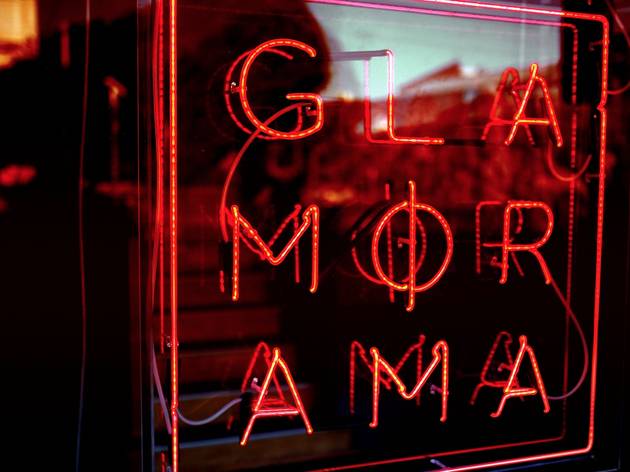 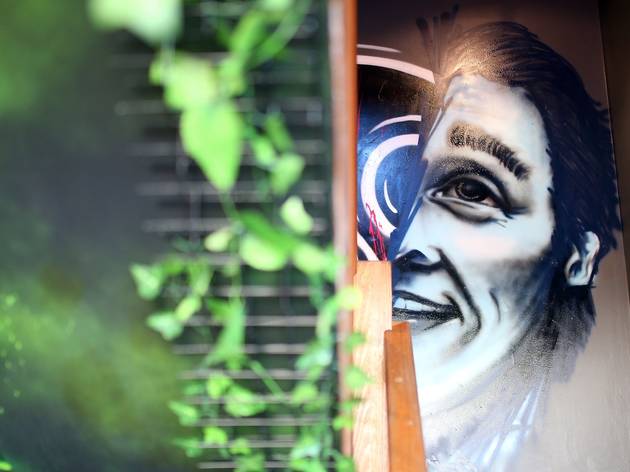 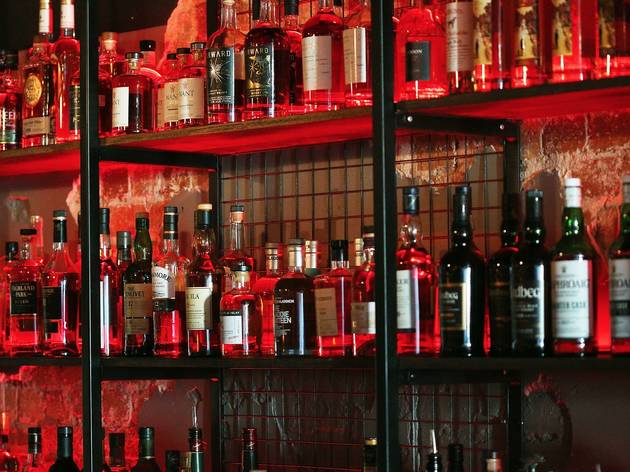 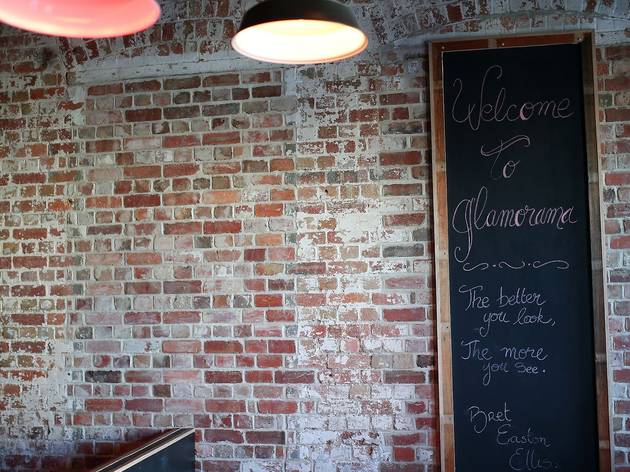 A red neon sign in shouty capitals marks the entrance on Brunswick Street. The cleaved head of American Psycho’s Patrick Bateman greets you as you walk up the stairs. In the cavernous room above, dismembered mannequins dangle from the ceiling. The latest addition to Fitzroy’s late-night scene is many things, but subtle isn’t one of them.

From the team behind Prahran’s Less Than Zero bar, Glamorama’s owners clearly have a thing for Bret Easton Ellis. Exposed brick, lofty ceilings, ruby-hued booths and red lights behind the bar offer a nod to hedonistic social scene of 1980s New York. DJs spinning electronica and a 5am liquor license on weekends (3am midweek) ram home the devil-may-care demeanour.

Although, a little more care could be taken on the cocktail front. Peppered with infusions and savoury bitters, the menu sounds intriguing, but all too often what’s delivered is unbalanced and one-dimensional. Of the four cocktails sampled, three were a lurid DayGlo yellow (too much margarita mix perhaps?). The best of the bunch, the Green Sabre is a super-sour blend of West Winds Gin, Green Chartreuse, lemon and rosemary – the herb acting more as a garnish than a serious flavouring agent.

Except for that rosemary sprig, it looks identical to the coupe of The Man With The Red Face. Here, the smoky, husky notes of the mezcal dominate – the blood orange liqueur barely making an appearance. And there’s lime, too, enough to have you considering an antacid by the time you reach the end.

With its fennel-infused marmalade vodka, lime and Campari dust, the Lady Marmalade sounds like a cracker, but once again comes as a lime-heavy neon brew, this time tooth-achingly sweet. And that Campari dust? Let’s just call it pink sugar and be done with it.

But who wants to juggle a martini glass on the d-floor anyway? Instead, skip straight to the impressive selection of whiskies, including a lengthy Australian line-up that spans hyper-local Bakery Hill, Nant, Starward and Sullivan’s Cove.

Beers are another safe bet, with kegs of Dog Days and Feral Hop Hog, plus bottles of Moon Dog, Dos Blockos and Melbourne Bitter long necks.

The crew have co-opted chef Shaun Hansen, who most recently plied his faux-meat trade at South Yarra’s Sweetwater Inn. On the pun-tastic menu (Chicken Tits anyone?), you’ll find his trademark vegan wings and hotdogs, tempered by meatier mains such as Going the Whole Hock of fried pork hock, crackling and coleslaw, or the Botox Pies, served with syringes of tomato sauce and mustard for intra-pastry injections.

You can get your food fix until 3am on weekends, then cut shapes until the sun comes up, all in one handy, hedonistic package.