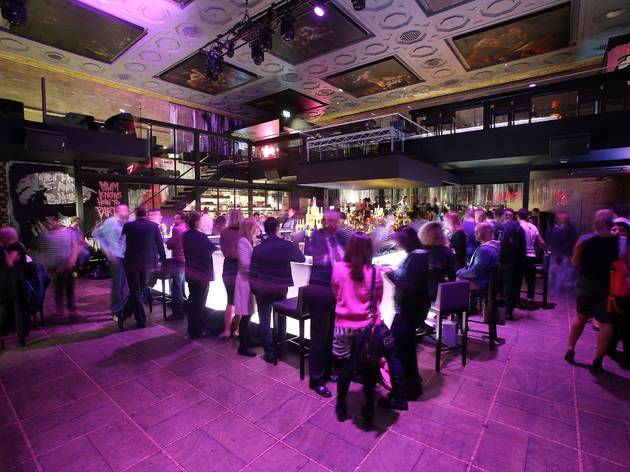 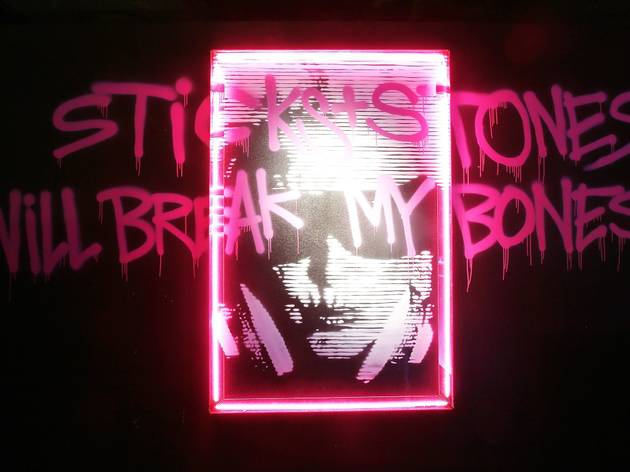 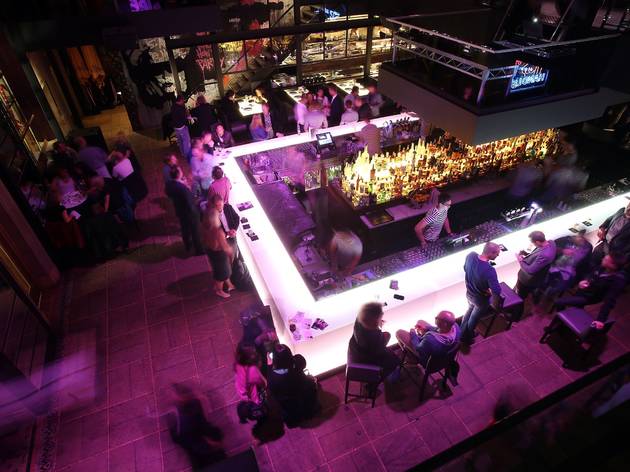 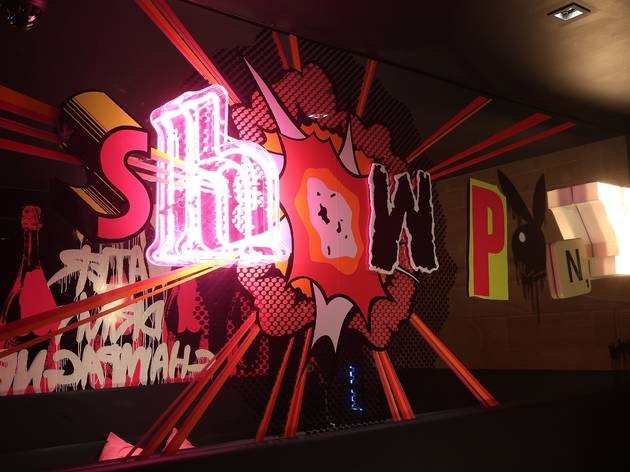 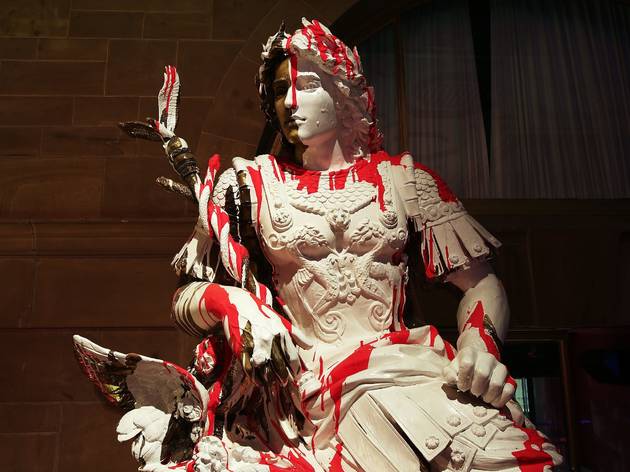 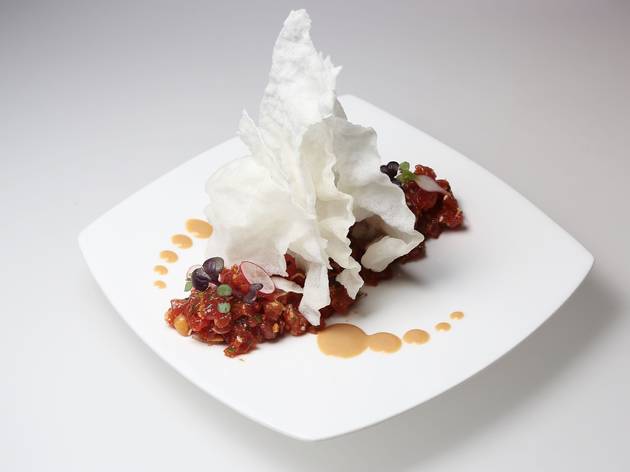 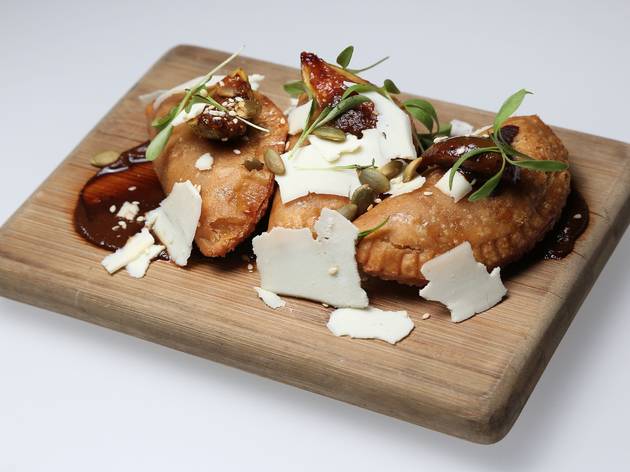 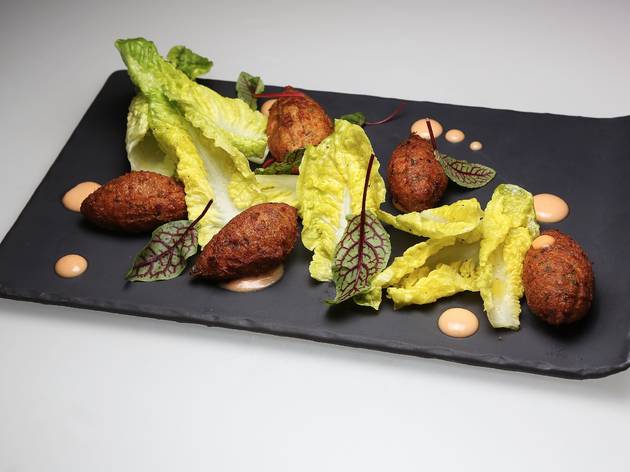 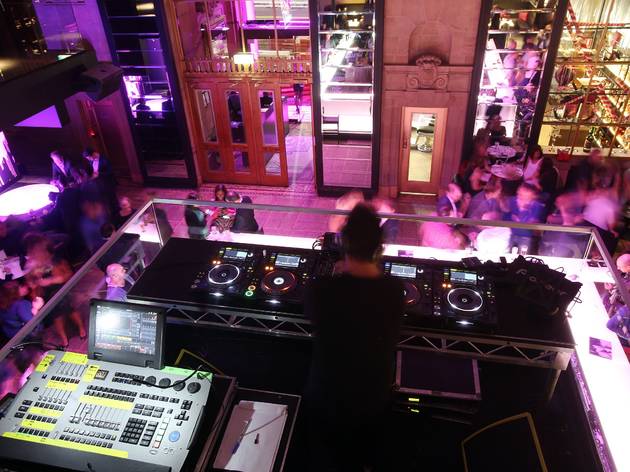 When a bar knows no labels, but fits them all depending on the day

Bar, nightclub and notorious pick-up venue is quite a reputation to be handed in your first month of trade, but Ms Collins owns it all with no shame or pretense, making it refreshing for the up-market drink scene.

It used to be the multi-faceted venue with several cuisines, styles of drink and a cigar room known as Silk Road, but Ms Collins has painted over classic chiaroscuro Renaissance images with rollers carrying thick, black paint, pasted them on the ceiling to reference the Sistine Chapel and added a sculpture of a horse threatening to fall from the entrance next to bold pastels and racy neon signs. It sounds a sham, but works whether the venue is pumping club nights where the drink of choice is a vodka, lime and soda or sparse with the late-night business contingent sipping on top shelf spirits while eating from the three-chef strong consulted menu.

The food comes from a supergroup of chefs: Huxtable's Dan Wilson, Paul Wilson of Mr Wilson and Dan Poyner. Each chef celebrates a different culinary vision to showcase a three cuisine-tiered menu, infused with Latin American, pan-Asian and contemporary Australian influences. Highlights include Daniel Wilson's Spicy Thai tuna tartare, Paul Wilson's steak taco sandwiches and Dan Poyner's soft shell crab sliders. The good news is that it is well varied, cheap and cooked by trained chefs rather than a catering mob, meaning that the product is tasted before it is served, consistent and well translated.

House cocktails sound hard, fast and sweet with concoctions using ingredients like Japanese whisky, Chandon, homemade all-spice syrup and fig jam making the list, but given the time, the worded up bartenders are happy to tailor drinks according to tastes. Be warned though; spirits come at premium prices and a martini of any variety could easily push $30. Given the club crowds at the end of the week, champagne is an obvious feature with mass-produced, by-the-bottles starting in the hundreds.

Approach Ms Collins with caution: know your crowd, budget and tastes and you’ll be guaranteed a hoot.
Share Tweet