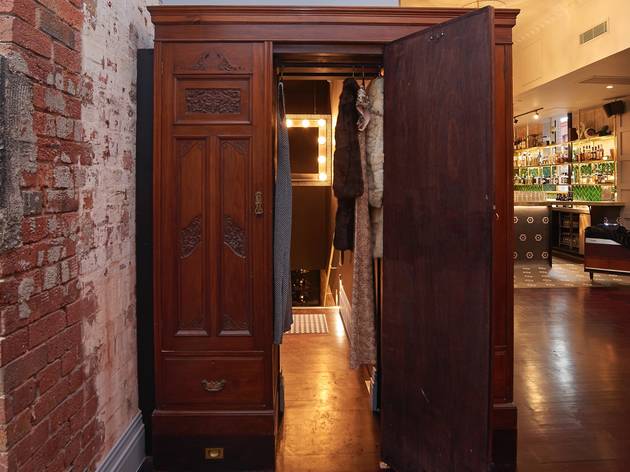 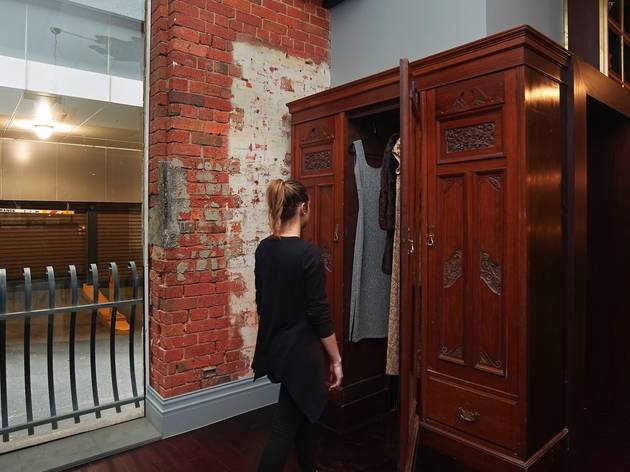 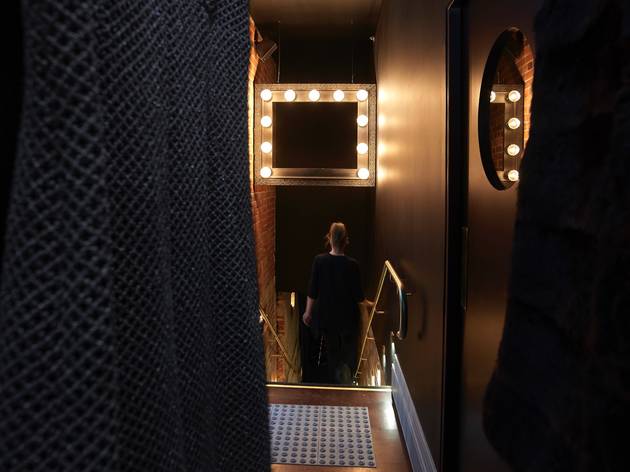 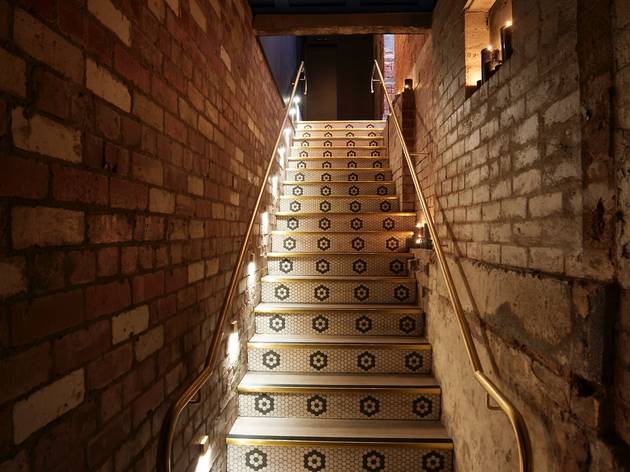 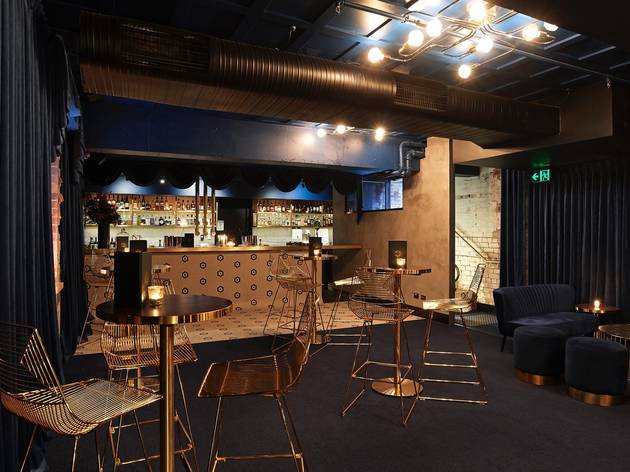 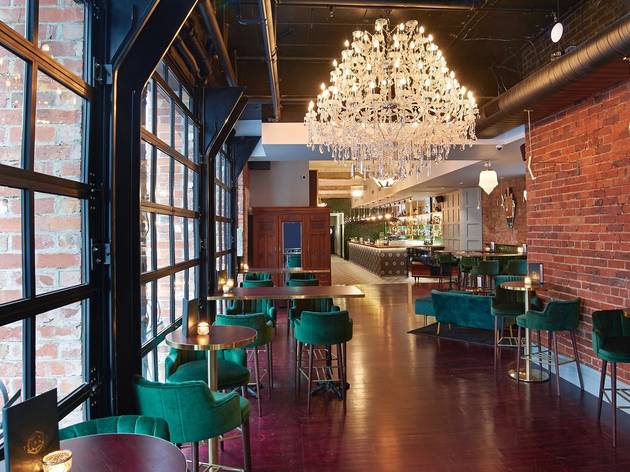 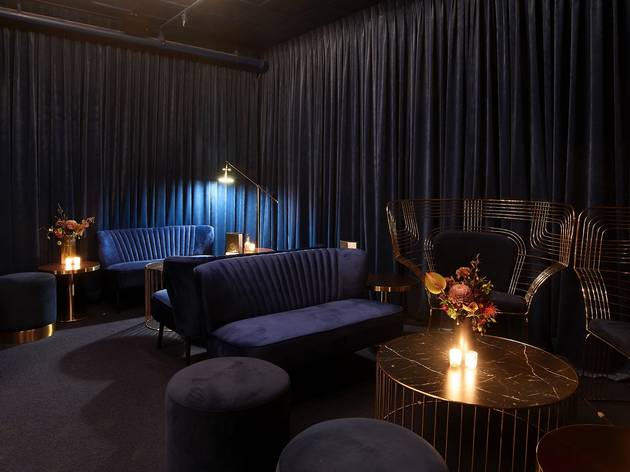 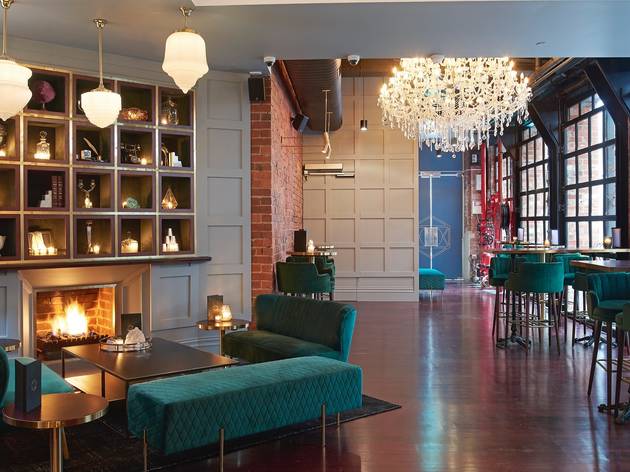 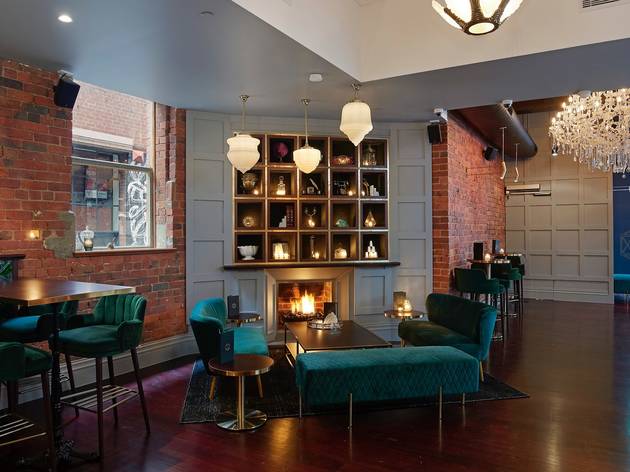 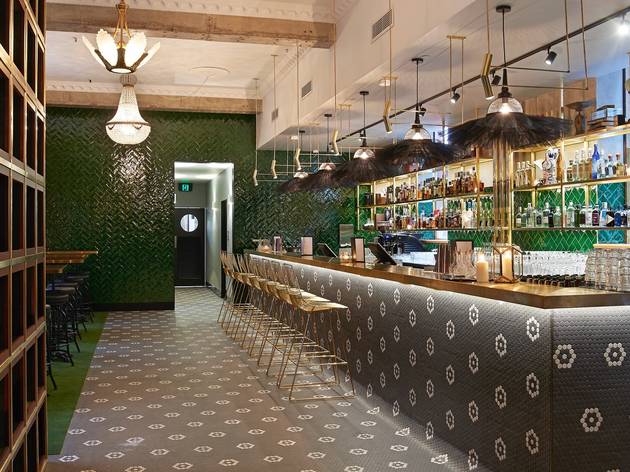 Folks, it’s 2018 – there’s no such thing as a secret bar anymore, thanks to social media check-ins, geotags and midnight ’grams. Of course, that’s not stopping bars keeping up appearances, be they up attics, down alleys, underground or behind fridge doors.

Even by today’s loosened standards, CBD newcomer Trinket – a self-described “secret cocktail bar with a hidden cellar” – is particularly brazen, given their prime Flinders Lane frontage, 250-person capacity, and backing by pub giant Australian Venue Co (the Duke of Wellington, Imperial Hotel, the Crafty Squire). There’s a staff member whose sole responsibility is advising people to turn a giant key that opens the door to the main bar, and another who is keeping tabs on how many have gone through the wardrobe down into the cellar bar below.

So, Trinket keeps secrets about as well as a tipsy aunt, but there is a real twist – behind the overwrought premise is simply a fun, big-ticket cocktail lounge that saves you from going to another boring corporate bar in the city. Kick off with summery house cocktails like Espolon Tequila shaken with lemon, passionfruit and a rhubarb-infused sake providing both subtle herbiness and a photo-ready shade of millennial pink, while Sherry Cobblers play crisp, dry Fino against dark and sticky Pedro Ximénez, their combined muskiness lifted by pineapple, lemon and almond syrup. The drinks are fresh and light, but prepare to drop north of $20 on your mixology here.

There is a fireplace that could have been ripped from an Aspen lodge, just one of the many fancy accoutrements they’ve bought with all that big hospo group money. In the main bar, dark woods and emerald green velvet are lit up by ornate chandeliers and heavy pendant lights, while the cellar bar is sporting an Art Deco fitout. The designers have nailed the lush, old-world opulent look.

Later in the week the main bar quickly becomes a heaving party-starter complete with a DJ cranking house – aim for the cellar bar if you’re after a more subdued, intimate feel. Welcomed with table service and a tiny goblet of pear-infused brandy, green Chartreuse and lemongrass, we’re quickly buttered up for bar snacks, beginning with triple-cheese cigars dipped in smoked ash aioli and honey pearls. Served on a mock ashtray, it looks gimmicky but tastes good. Crumbed mussels are given a double serve of crunch from pickled fennel and a fraction too much sweetness from orange jam. For value and pure snacking pleasure, go with the kitchen’s flatbreads – 72-hour fermented dough emerges blistered and crisp on the edges and bouncy at the core, topped with a lush fig and goat’s cheese combo with sprinklings of charred black pudding and sparky lemon zest.

They’ve assembled a valiant service team, all smiles and energy despite being hellishly under-resourced on a wildly busy Saturday night. A single cocktail bungle threatens minor mayhem as the jostle for drinks swells, but every sprig of rosemary gets torched and every question is returned with an offer of a sample. If you can handle the indignity of being ordered to wind up a novelty-sized music box to enter and aren’t scared off by well tailored city workers talking fluent marcomms, you’ll find that Trinket’s substance more than matches its style.