Bars South Yarra
3 out of 5 stars 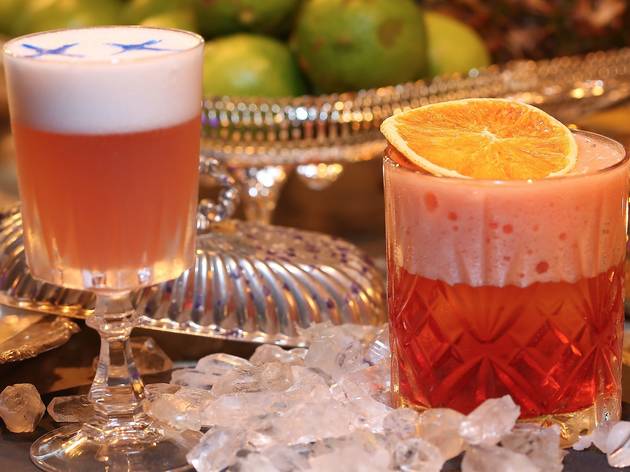 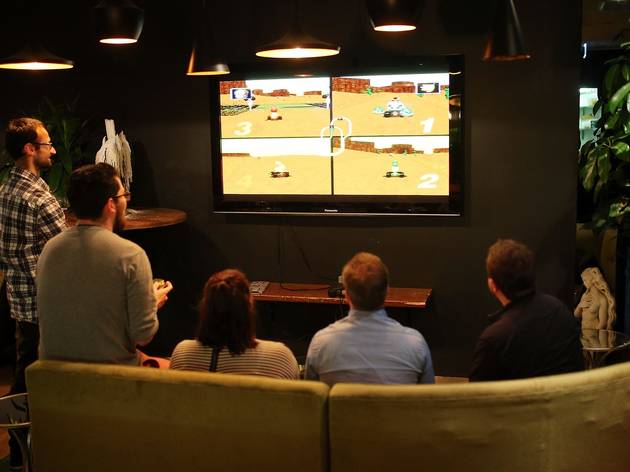 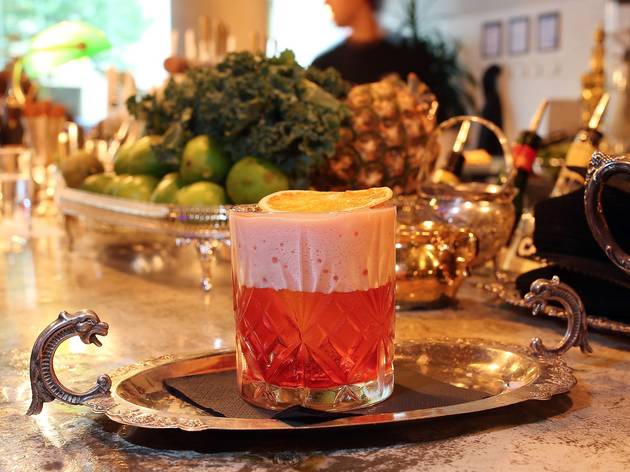 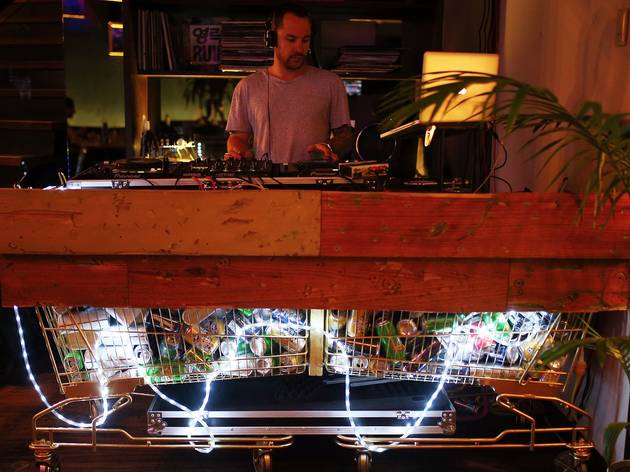 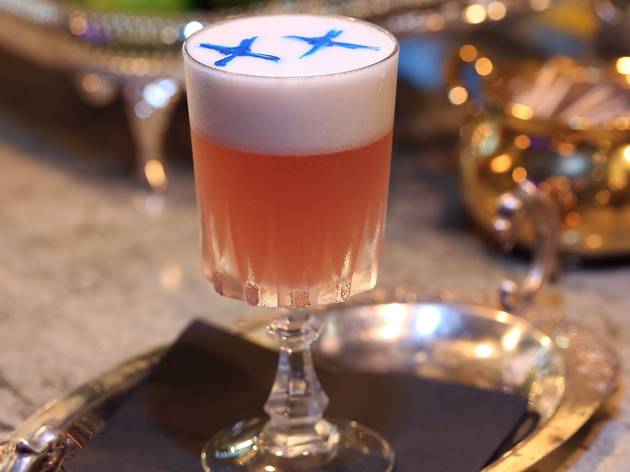 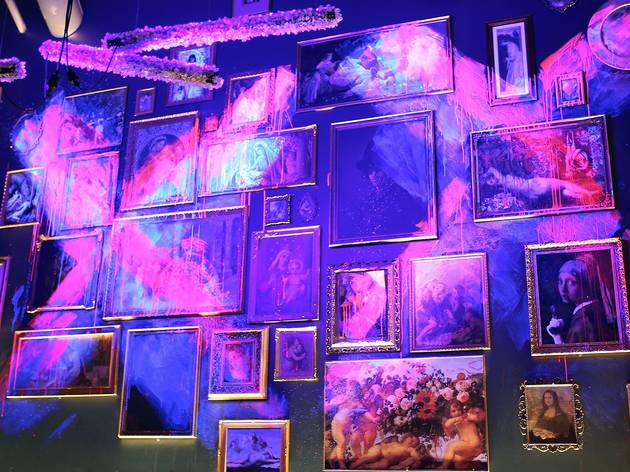 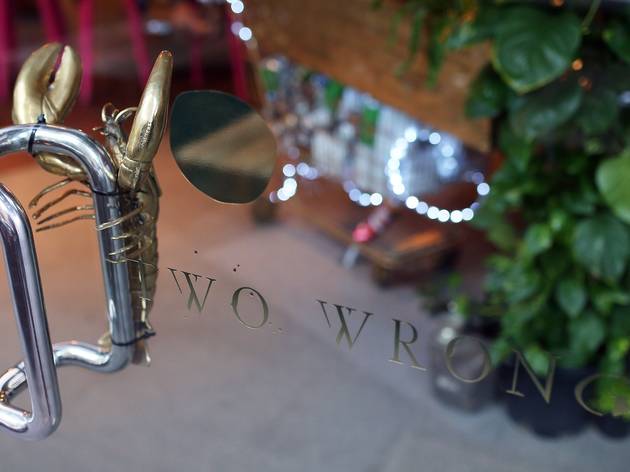 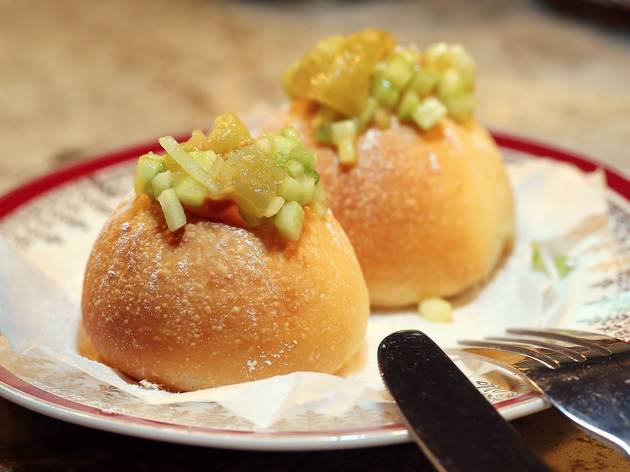 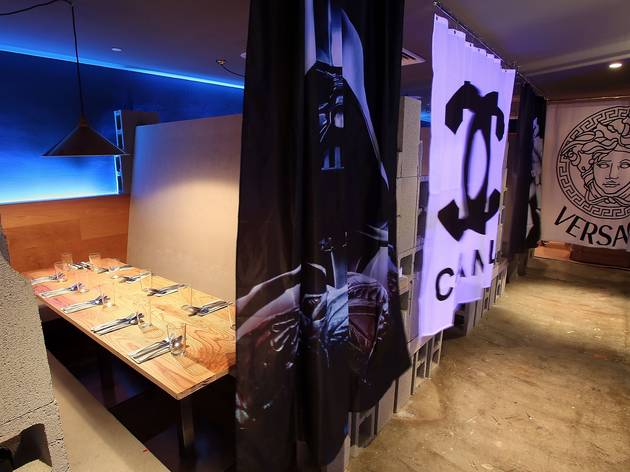 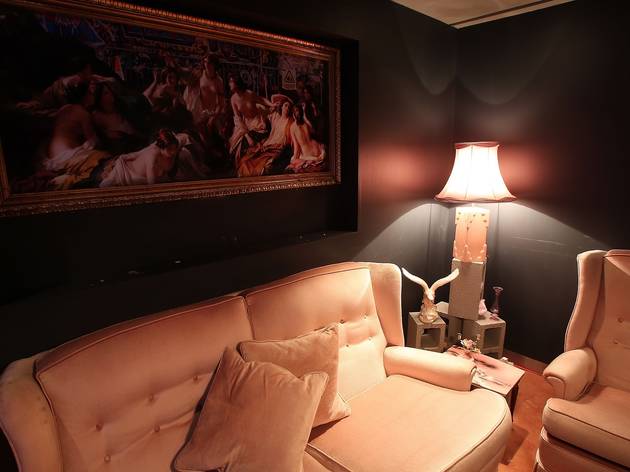 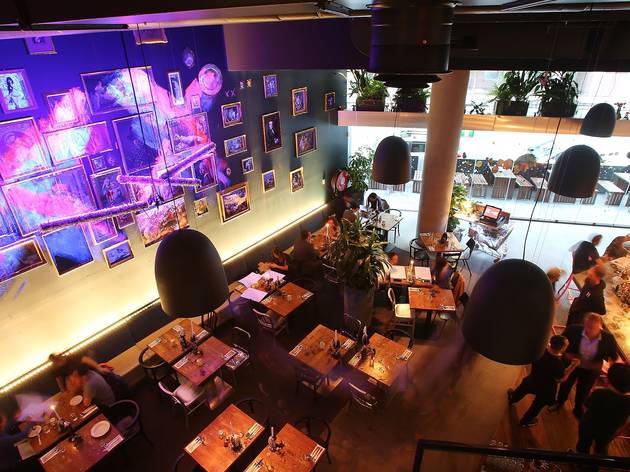 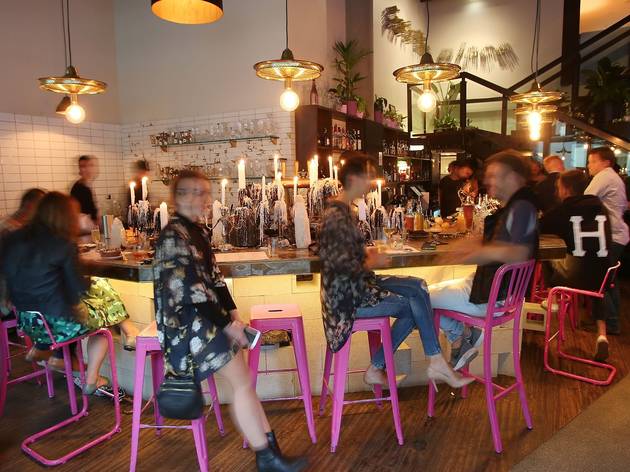 A hipster haunt without the attitude, Two Wrongs brings good-time vibes to a dry stretch of Chapel Street

There’s something not quite right about South Yarra newcomer Two Wrongs. And no, it’s not the luxe-meets-grunge interiors, the restaurant-bar split personality, or the food menu that chucks together every current dining fad and somehow comes out with cracking dishes.

It’s that everyone is so damn nice.

Led by Isaac Constantine and Zachary Riggs, the Two Wrongs team bounds around the room like a litter of eager puppies (if puppies had tatts and trucker caps), delivering well-crafted drinks and free jars of truffled popcorn (great), and checking in just a tad too frequently (not so great). Let’s put it down to early-days enthusiasm and cut them some slack, because the lads clearly care about what they’re doing.

And what is that exactly? Well, the duo has described Two Wrongs as “fine diving”, mixing knockout cocktails and clever snacks with devil-may-care, somewhat ludicrous décor.

Tucked under the swimming pool of the arty Olsen Hotel, in the space vacated by Steer steakhouse, Two Wrongs brings some much-needed energy to the top end of Chapel Street. It’s a mad pastiche of hot-pink stools and vintage velour couches, golden lobsters and shopping trollies filled with tinnies, and framed portraits of cherubs scrawled with giant neon crosses. Paint-splattered glass doors open onto the footpath, where coveted sidewalk tables await. Inside, you can plonk yourself down at the Besser-brick bar, sink into one of those lounge chairs for a game of Nintendo, or gather around a tiny candle wax-covered dining table. There are curtained booths and a second bar on the mezzanine level, although most of the action happens on the ground floor.

The other thing that’s wrong in the best possible way is the pricing. We’re talking $7 cans of Peroni and $8 glasses of Endless wine (that’s the label, not the pour, mind you). But the real kicker is the cocktail list. Here, 15 bucks buys you a South Rah Rah, a summer-perfect blend of house-infused cucumber gin, St Germain elderflower liqueur, mint, lime and soda. You’ll feel posher with every sip. The Lara Bingle is also worth a look-in, a frothy, sherbetty concoction of Salerno blood orange liqueur, crème de mure, lemon juice, soda, and what they’ve curiously dubbed ‘Smurf Tears’ (two Xs marked in blue food dye, in case you’re wondering).

While the jury is out on that particular gimmick, the verdict has fallen firmly in the favour of chef Paul Turner’s pork doughnuts. Not the dirty greaseballs you might imagine them to be, these bready, not-too-heavy doughies come stuffed with juicy pulled pork jowl, doused with harissa and tangy pickle relish. Throw in truffled mac ‘n’ cheese, churros with manchego, and some quirky desserts, and we think you’ll agree, there’s a lot that’s right with Two Wrongs.