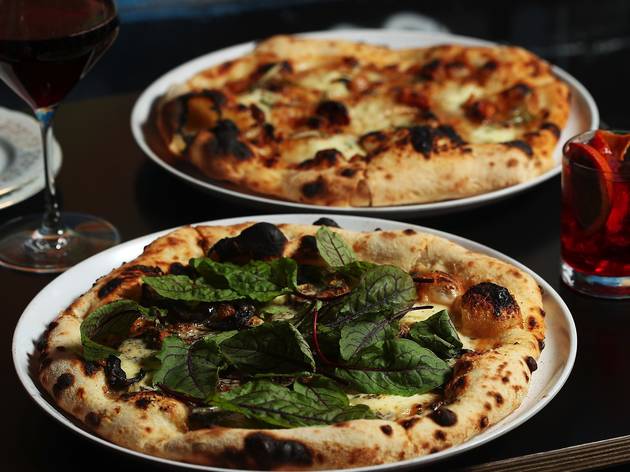 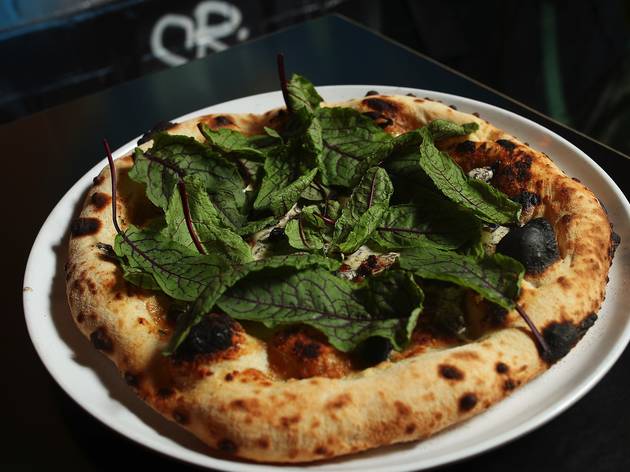 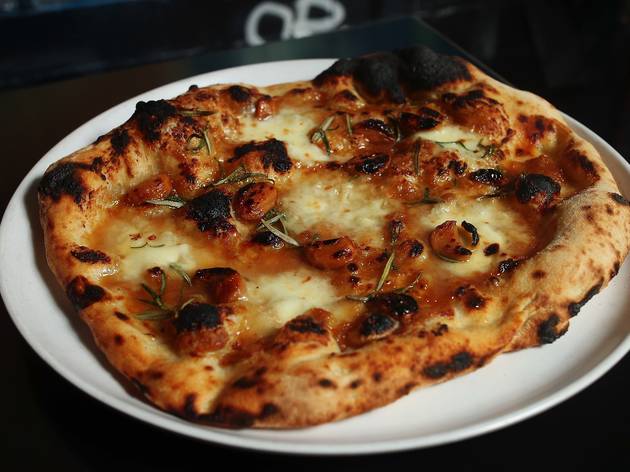 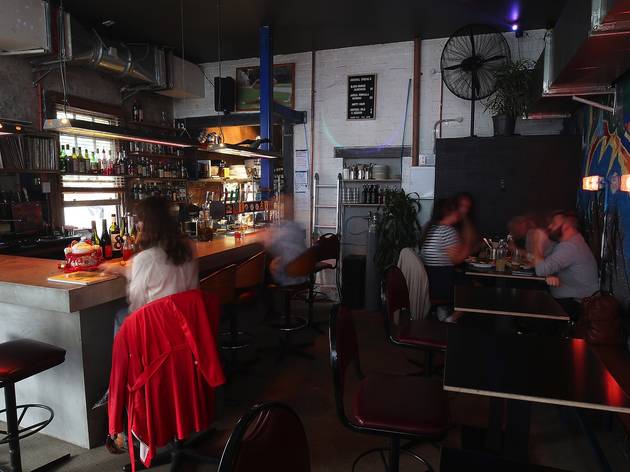 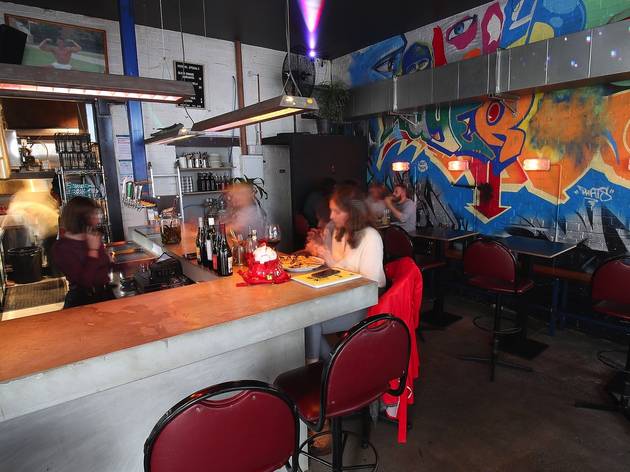 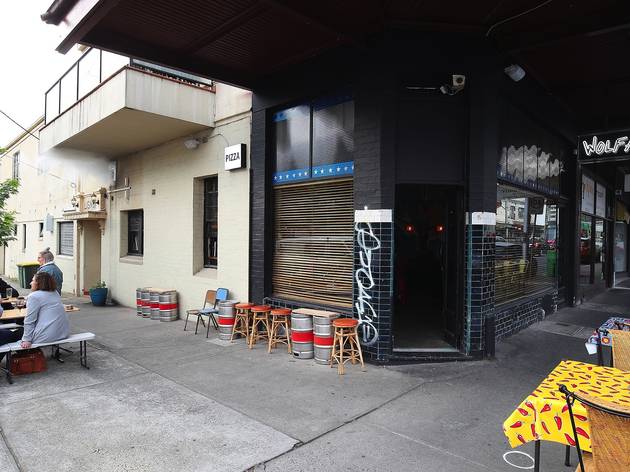 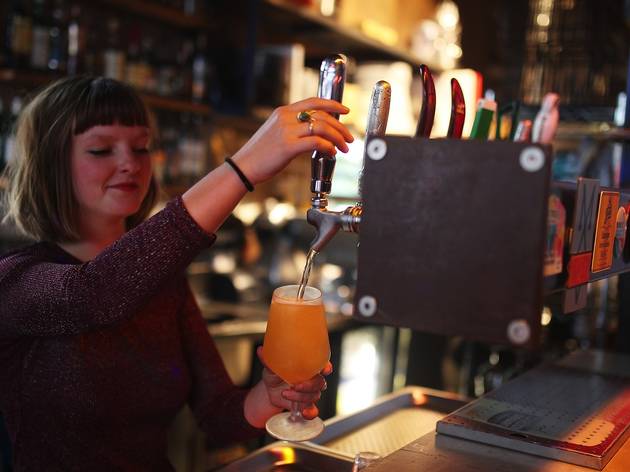 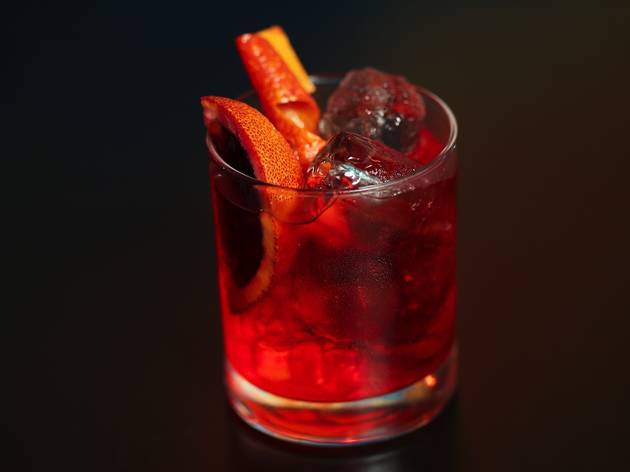 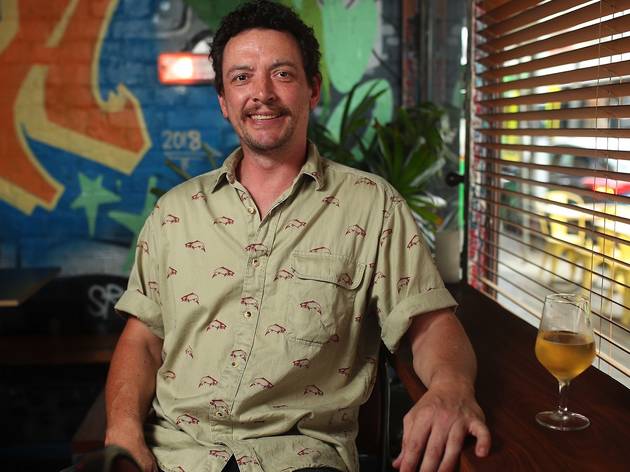 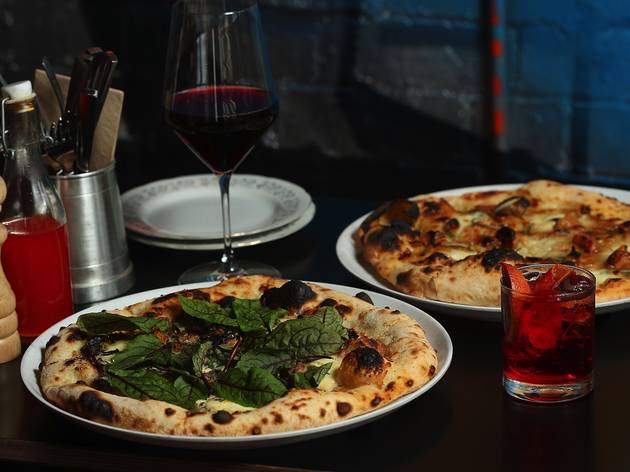 The pizzas are flying, the tunes rolling and the seats all taken at this recent addition to Thornbury

Wolf and Swill is hot. Really hot. It’s barely sundown and the tiny corner bar on Thornbury’s High Street is a hive of activity, with staff squeezing and sliding past each other to take orders, pour beers and send food out to a swelling pack of hungry and thirsty punters. Add to all those bodies and kinetic energy a stuffy Melbourne evening and the result is an oppressive, siesta-inducing heat that threatens all Friday merrymaking.

Time for an ice-cold beer, then. On the taps are your no-fuss Coopers and Sapporos but also a rotation of craft brews from across the land. Epic’s Galactic Criminal snaps you out of a sweaty daze with a sucker punch of hops made palatable by pineapple juiciness. It’s fun, but sustainable heat busting calls for something more sinkable, like a fresh lager from Sydney’s Modus Operandi, or a tart, light Boatrocker Berliner Weisse, pink from raspberries and tasting almost kombucha-like. We’re feeling better already.

Given the divey, cobbled-together feel of the place, with its mélange of disco lights, wooden venetians, floppy pot plants and bolted spinny stools (from a previous life in front of the pokies at Brunswick RSL), you’d be forgiven for low expectations for the pizzas. But there’s wood-fired pedigree here – co-owner Ioreth Tudor also opened Lazerpig and A Boy Named Sue – which explains the steady stream of pick up orders for their puffy-edged, blistered, not-quite-Neapolitan pies.

With a kiss of extra time in the oven crusts get a little crunchy while staying fluffy inside, and cardboard-thin slices have just enough structural integrity to keep toppings aboard. There's a lush spread of porcini and brown mushrooms over confit garlic and globs of truffle cream – a final shower of lemony red sorrel reels the richness in. A garlic, mozzarella, honey and rosemary number turns out to be even more deliciously pungent than predicted, topped with bitey cloves of sous-vide garlic that blast through your airways. Even a well-intended side salad is high amplitude, comprised of chargrilled baby cos hearts lavished with smoky, savoury anchovy mayo and blanketed by a thick snowfall of parmesan.

Finish the evening with pizza’s best friend, wine. A moderately priced list of roughly twenty solid picks doesn’t try too hard to provoke – you could go for one of a handful of new minimal intervention drops or be equally pleased by a 2006 Yarra chardy with a tight mineral finish.

Wolf and Swill already feels like part of the local fabric. It’s got a freewheeling spirit that belies its newcomer status, the kind of place where it feels totally normal to swap slices with table neighbours, bring your dog, and chatter under a playlist constructed by staff flicking through crates of vinyls in spare moments. Our only complaint is that we wish we could stay longer –all night even – but without a lucky spot on the sidewalk trestles, the stifling heat inside precipitates a premature exit. This cracking new bar’s first piece of holiday homework is to work on ventilation, because once that’s done, it’s looking like a straight-A summer.

Near Wolf and Swill