Continuing the Birdland tradition, Melbourne now plays host to its sister club, Blue Basement – a gutsy 200 seater that will run in line with the Birdland model of two dinner shows per evening and share international and local jazz talent with its dead-cool older sibling.

Charlie Parker (aka “the Bird” and the cat for whom Birdland was named) headlined the joint when it opened in 1949. In subsequent years Birdland’s reputation as the world’s premier jazz venue only grew as the who’s who of jazz made it their haunt of choice – Count Basie, Dizzy Gillespie, Thelonius Monk and John Coltrane all hit the stage, while Frank Sinatra, Marilyn Monroe, Sammy Davis Jnr and Marlene Dietrich looked on.

Birdland closed in New York for a stint but reopened in the ’80s after Parker’s widow, Doris, encouraged Gianni Valenti, a then restaurateur, to give the venue another run (albeit down the road). That’s a weighty responsibility, man. “I just carry the tradition,” Valenti says. “Most musicians come in wanting to play the room because it was such an important place for them to come and play, and for others to come and hear them. My responsibility for the last 30 years has been to keep it at the highest quality.”

That said, Valenti wasn’t exactly au fait with the jazz scene when he reopened Birdland’s doors. Although Valenti played sax, clarinet and bass, he’d given jazz a wide berth in his youth. “When I met Doris, I had music in my background, but when it came into the jazz world, I was not familiar with the artists of Charlie’s era,” he says. “I knew about Ella Fitzgerald, Duke Ellington, the big names, but when it came to the Hank Joneses of the world, I was not familiar with them, but Doris used to say to me, ‘don’t worry I’m here to guide you’. My biggest thing was to go out and buy as many LPs as possible and listen to as many jazz artists as I possibly could. I also started reading about all the jazz artists that existed from the ’30s right up to the day that I opened the club. I became a student of it.”

Stalwart of the Australian jazz scene, Albert Dadon, is Bird's Basement’s proud owner. Moroccan-born Dadon is an entrepreneur (he’s a property magnate who has been the director of various bodies including the French Chamber of Commerce), but his jazz credentials are impeccable. Dadon is a jazz guitar aficionado, he’s played and recorded with modern jazz greats (as well as producing their albums), he programed the recently defunct Benetts Lane jazz club for years, he headed up the Melbourne Jazz Festival for extended periods and was awarded an OAM in 2008 for his services to jazz.

While the closing of Bennett’s Lane left a bloody great hole in Melbourne’s jazz scene, Bird's Basement promises to make up for its absence and then some. “Bennet’s Lane was a small club where people came on admission basis to stand or sit and have a little drink if they wanted to,” Dadon says. “Bird's Basement is not the same, though – it follows the Birdland model where people come and have dinner and have a restaurant experience, and at the same time enjoy sublime music. That doesn’t exist in Melbourne.”

Fairly or otherwise, jazz musos have something of a reputation for being charming, but a little tardy. How do Valenti and Dadon cope with their vagaries? “The culture of jazz today has changed from the ’40s and ’50s – there was a very carefree attitude back then,” Valenti says. “These days, I have a bigger problem getting them off stage.” “I’m guilty of that too,” Dadon agrees. 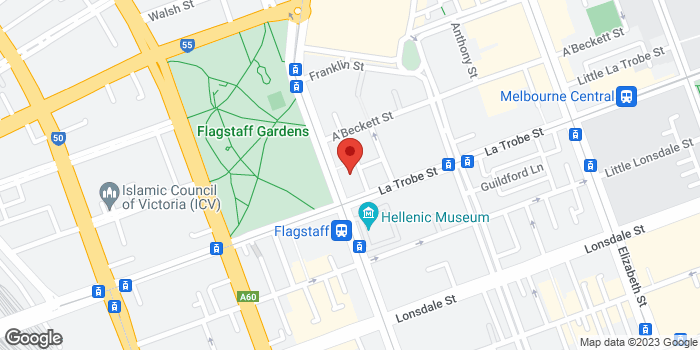