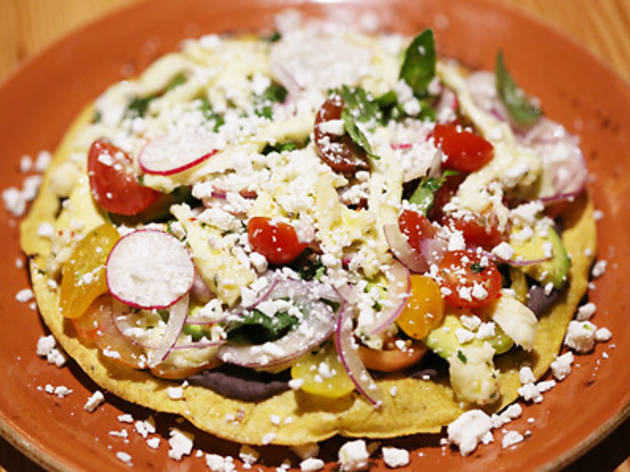 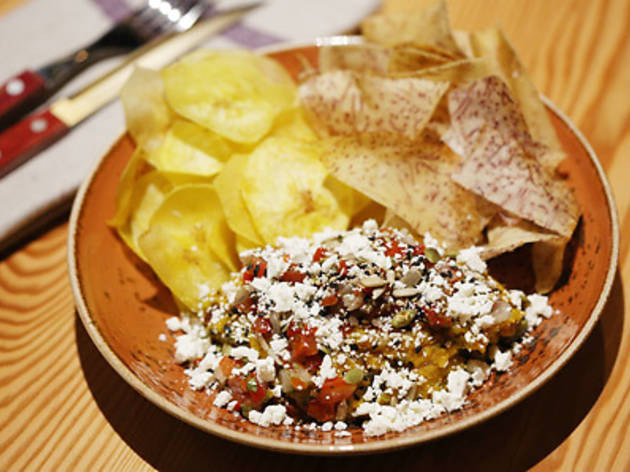 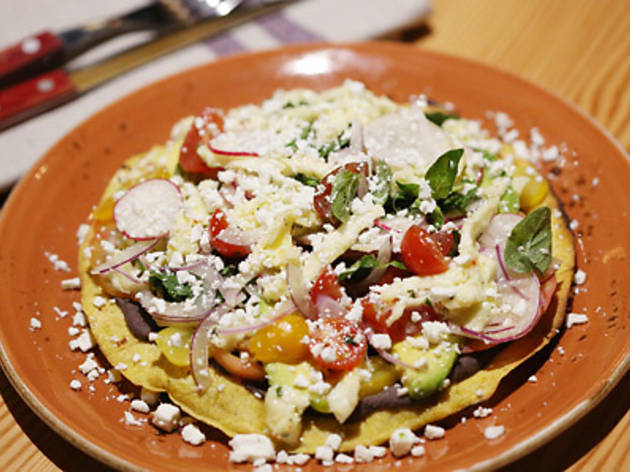 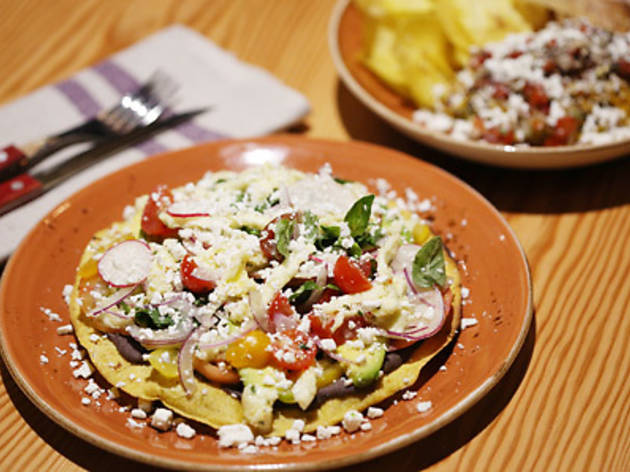 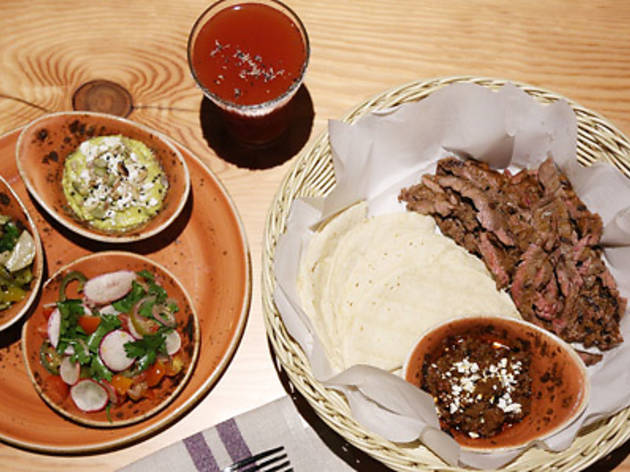 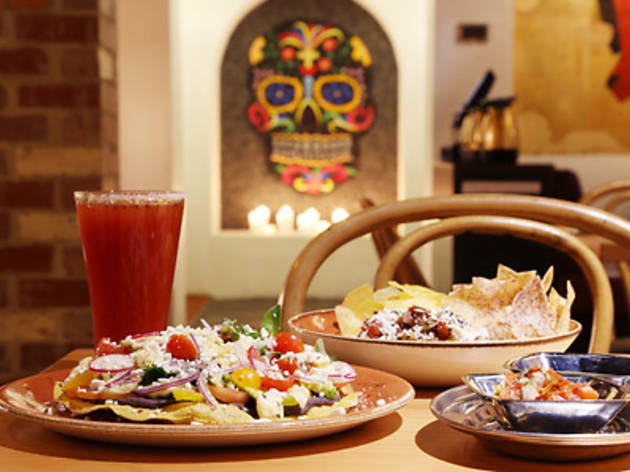 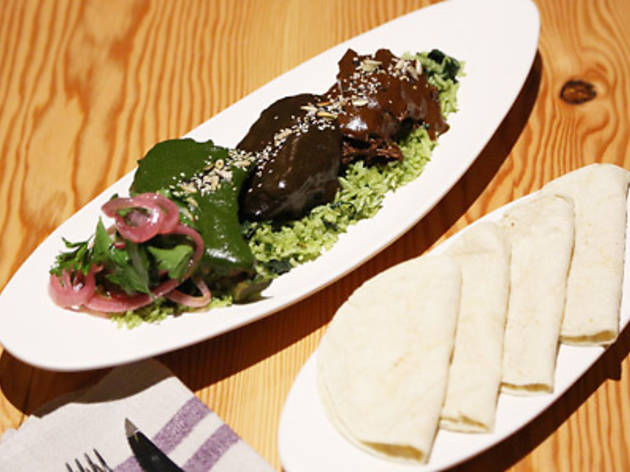 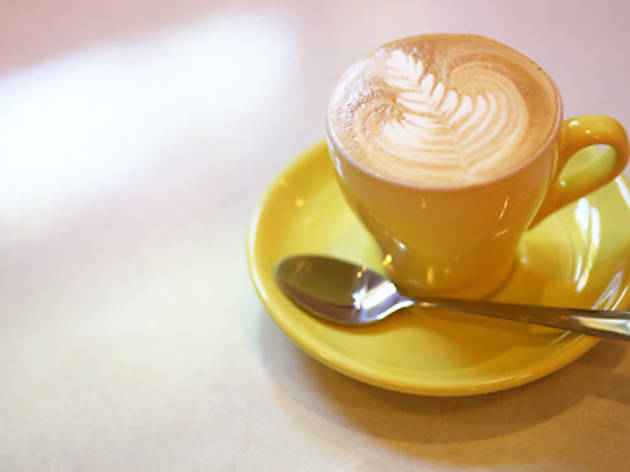 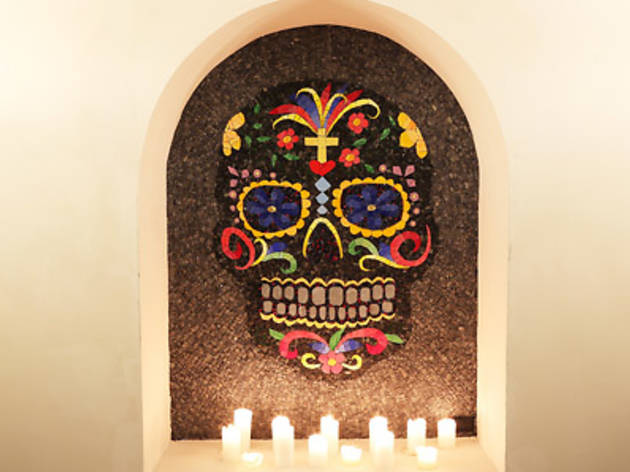 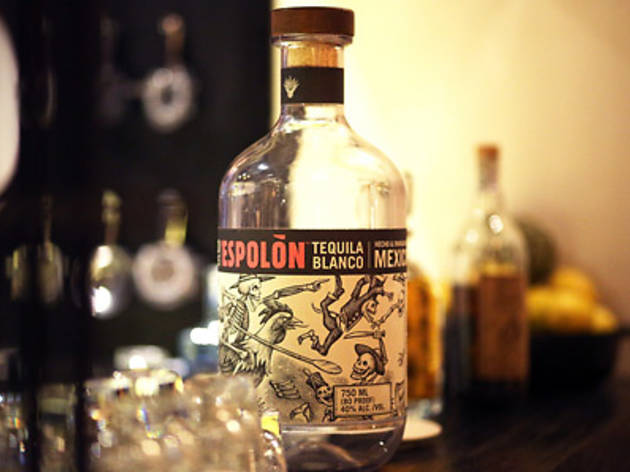 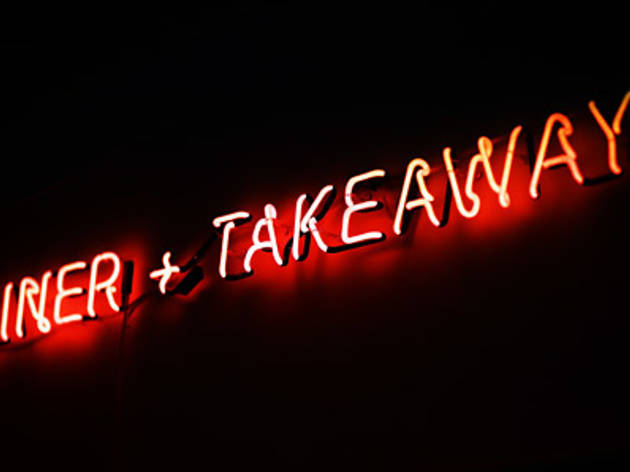 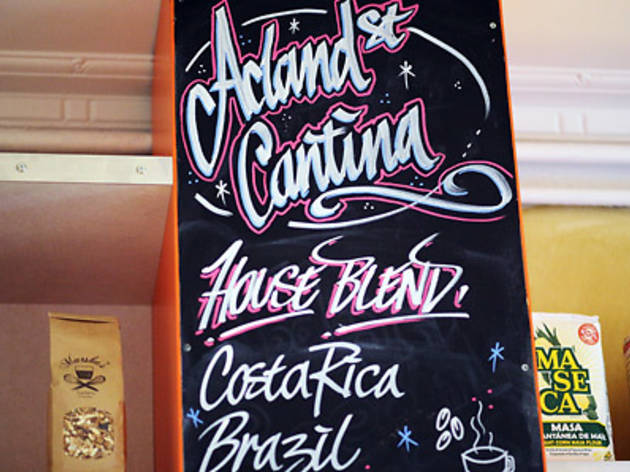 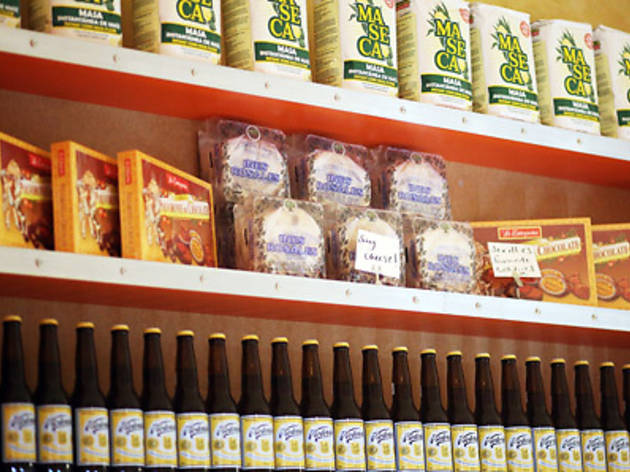 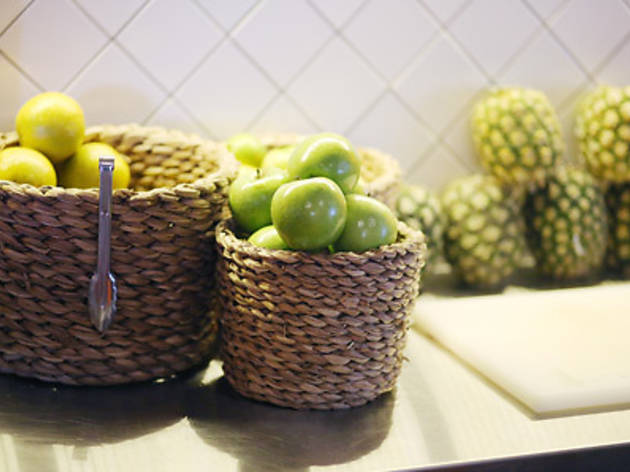 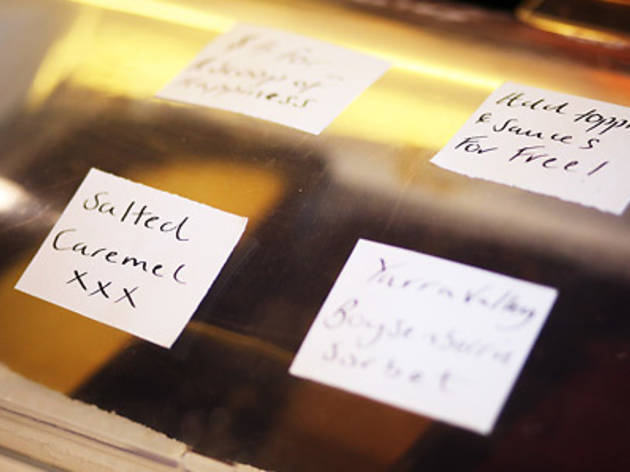 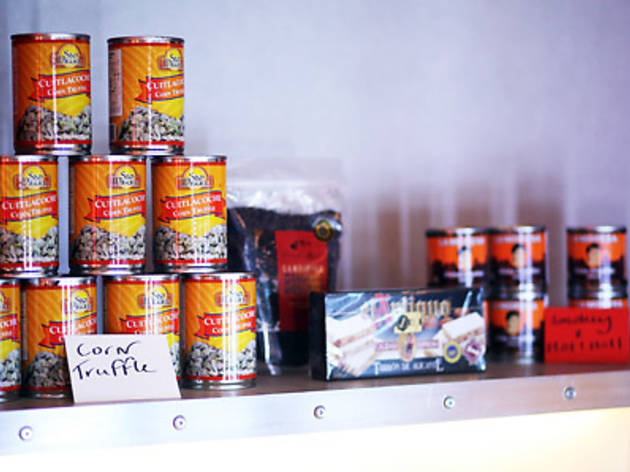 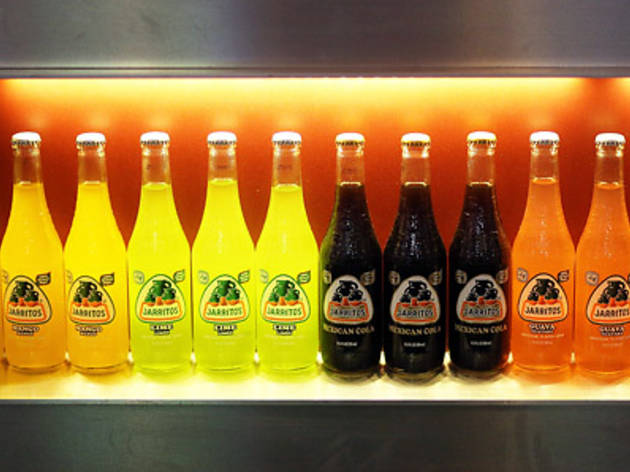 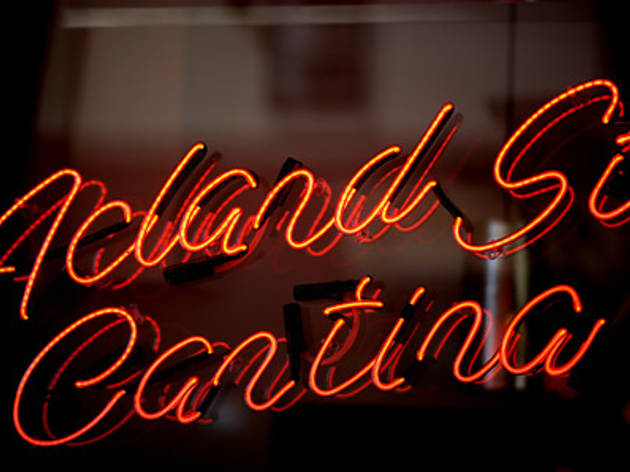 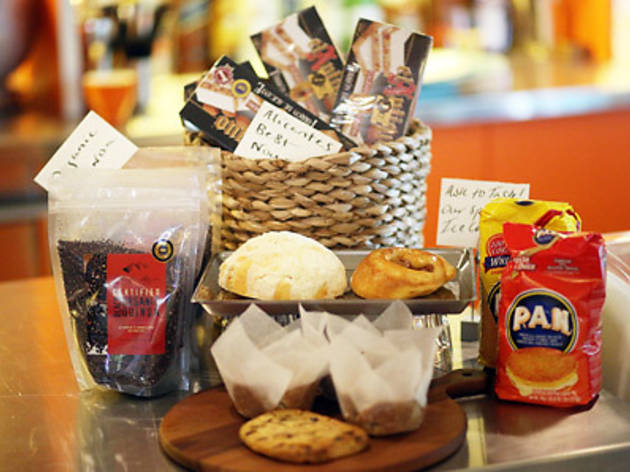 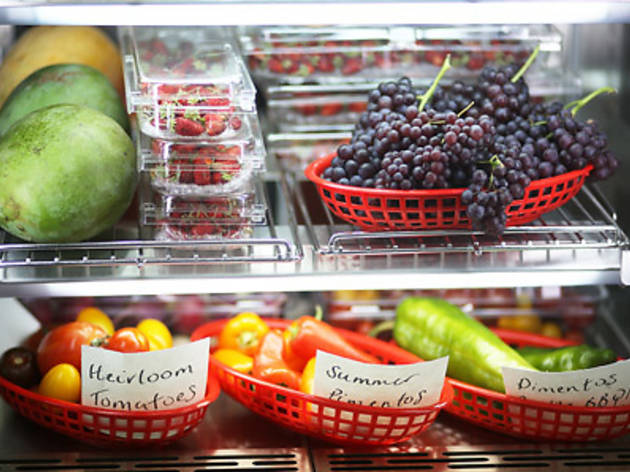 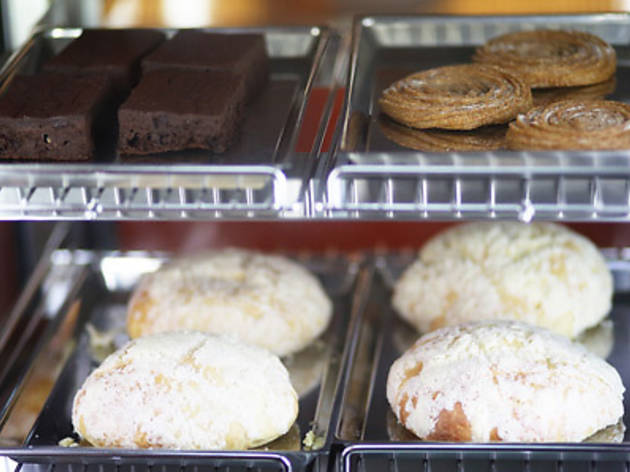 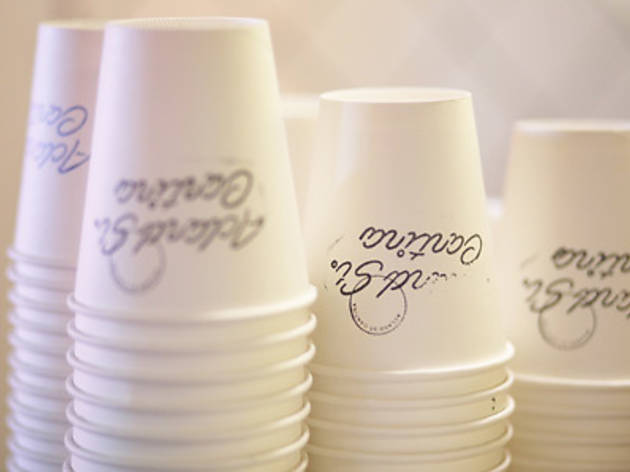 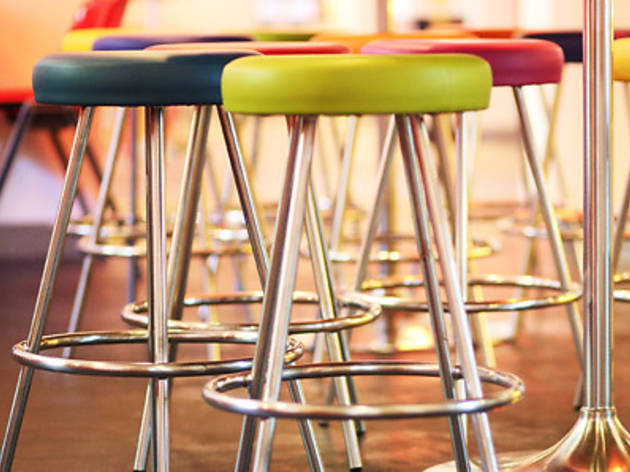 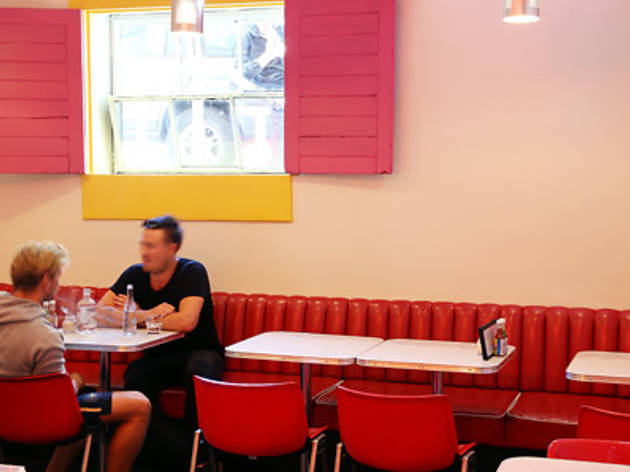 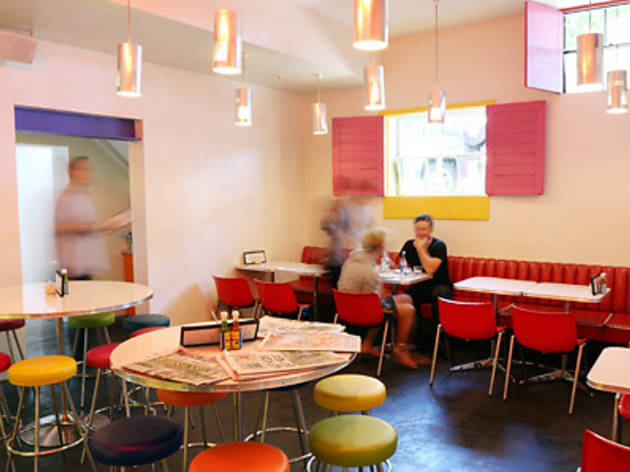 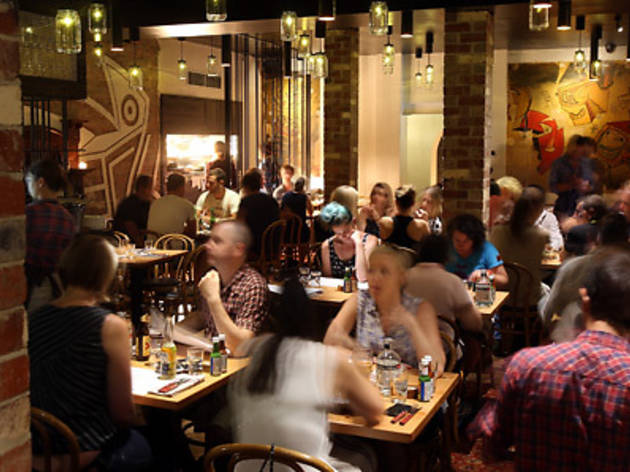 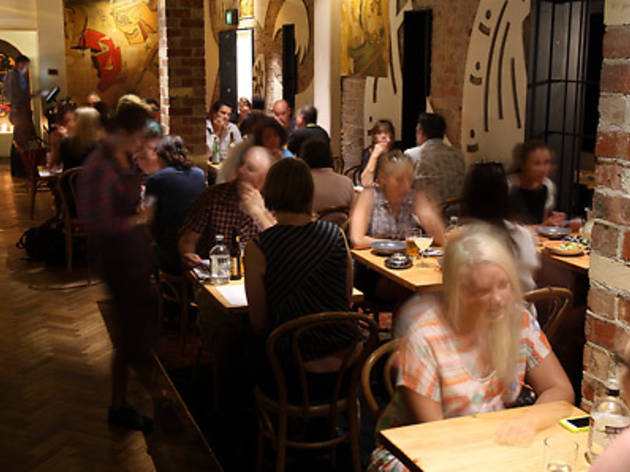 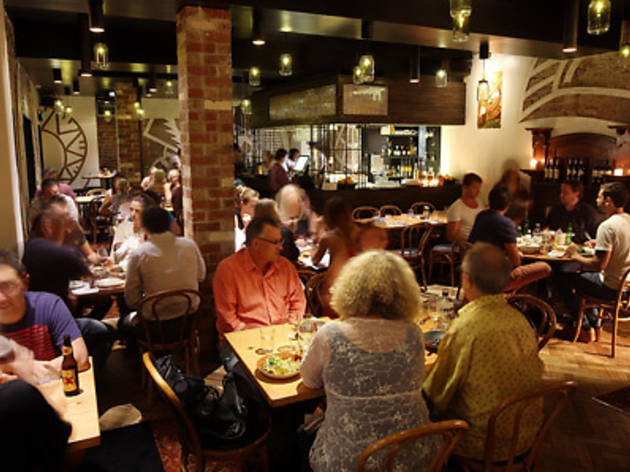 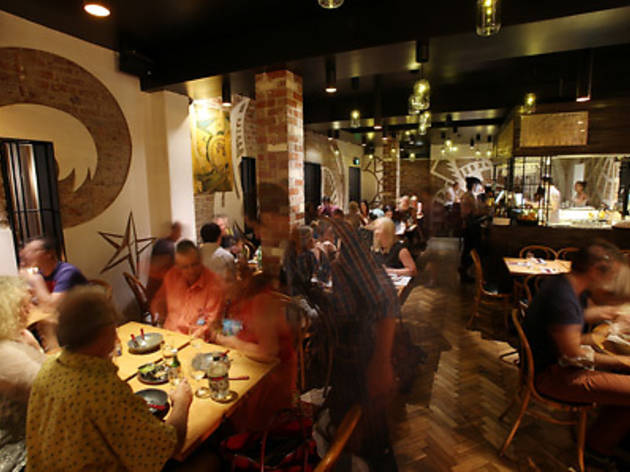 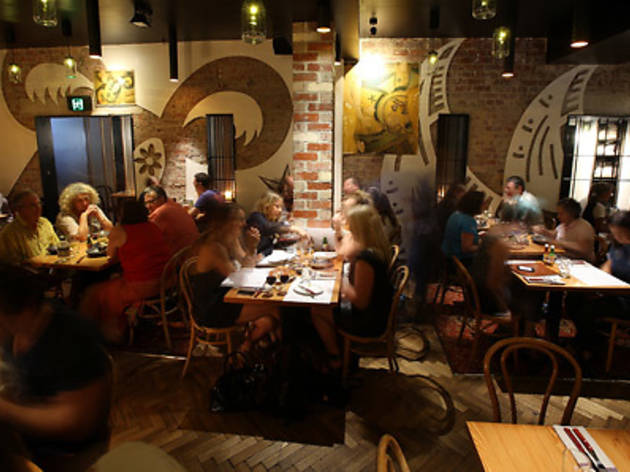 Acland Street Cantina is the Melbourne Pub Group’s new house of Mexican snacks, and no, it's not 'authentically Mexican'. But that’s OK. Chef Paul Wilson does great Cal-Mex. It’s the European/South American riff on the cuisine that unlike sour-creamy Tex-Mex, sees accents of radishes, figs and parsley join the often meaty taco party.

Dinner may start with chilled pumpkin 'guacamole', punching fresh with tomato salsa and festooned with pepitas and crumbled white queso fresco cheese. Scoop it up with plantain crisps, made from that starchy banana relative. It’s tasty, vibrant stuff that steers away from the oversubscribed norms, served up in another of Julian Gerner's great spaces. There’s a front café/late-night diner (3am!) decorated with so many fluoro pink lights and lolly stools it looks like Katy Perry. We actually prefer it out here to the restaurant, which aside from a compulsory Day of the Dead mosaic is just as dark and thumping with bass as when it was Mink nightclub.

Which makes it all the more disappointing that the service is letting them down. On our visit, the lack of knowledge of dishes and drinks is endemic, and though most staff are friendly enough, there’s chaos on the floor. But, forewarned is forearmed and if you can get past the glitches, there’s good food to be had here.

This is Wilson’s most Mexican offering to date (thanks to him having now actually been to Mexico). Tortillas are great. Thick and a little rough like a corn pancake for loading with grilled pork or even lobster if you’re feeling fancy. We're tipping our cap to the mole too - that laborious to make, silky, oft-smoky sauce of chillies and spices that make slow cooked hunks of meat sing. Go the tasting plate and you’ll get a triple meat hit, including a fall-apart hunk of goat under a doona of coriander-fresh green chilli mole verde. It’s pretty authentico. Right up until you fork that parsley-radish salad on the side.

Here’s where Wilson’s cuisine goes walkabout, and it’s no bad thing. Fresh tomatoes are layered with avocado, and more parsley atop a large crisp tortilla with melted Oaxacan-style cheese – similar to really stretchy briny mozzarella. It’s like a giant Italian nacho and just the kind of thing you want to eat if you’ve wandered in off St Kilda beach.

There are 20 tequilas and mezcals for agave fans, and a serviceable margarita if you just can't tango without one. But we prefer a Quilmez beer, or sipping smoky Ilegal reposado mezcal straight up to prove we're not a gringo.

We might not cross town for ASC. But it's worth a look if you're in St Kilda looking for food to sandwich between some booze and a chat in a great room.