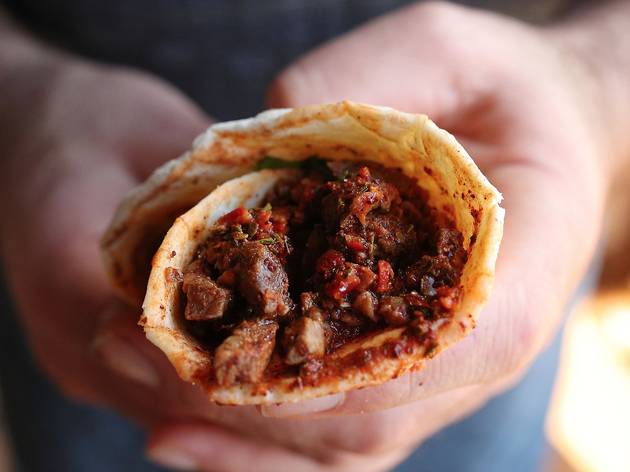 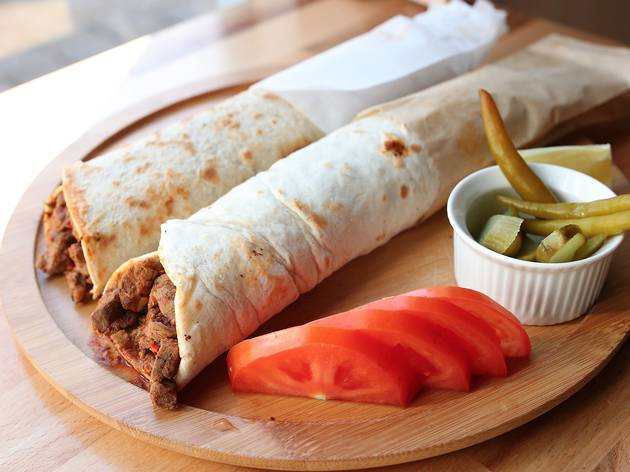 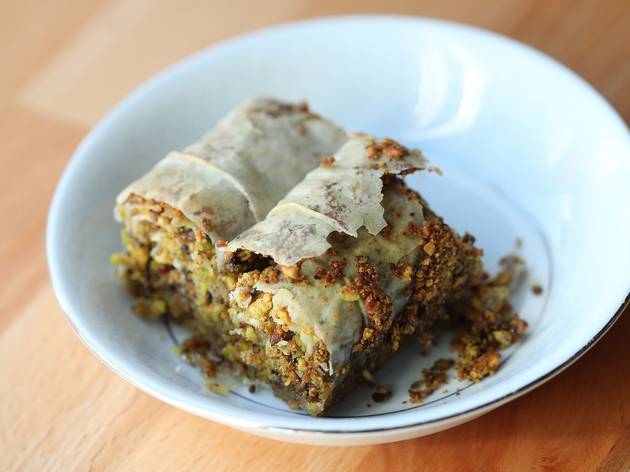 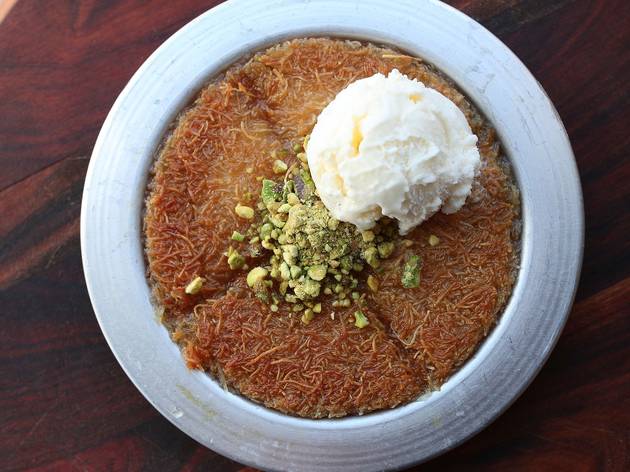 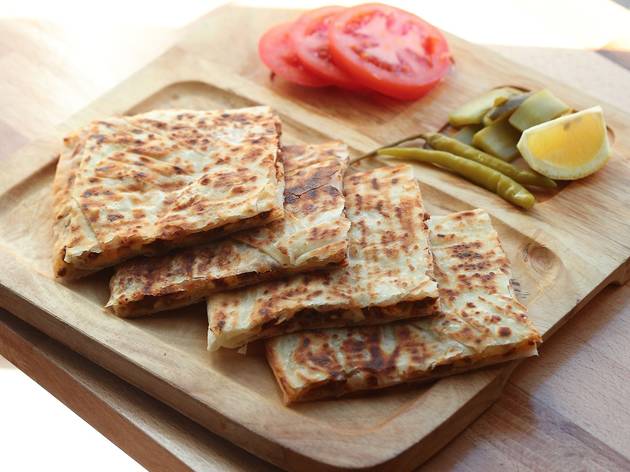 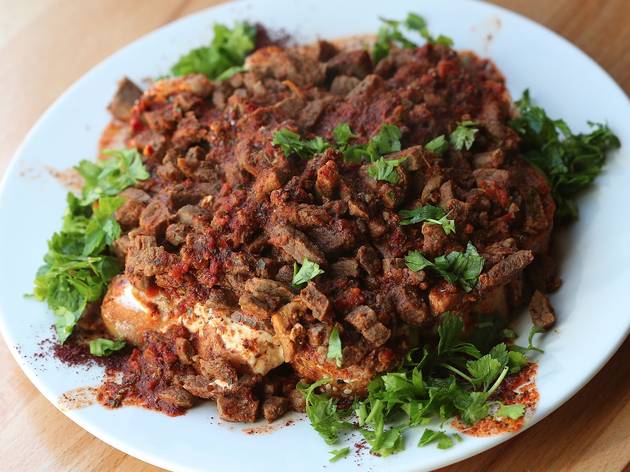 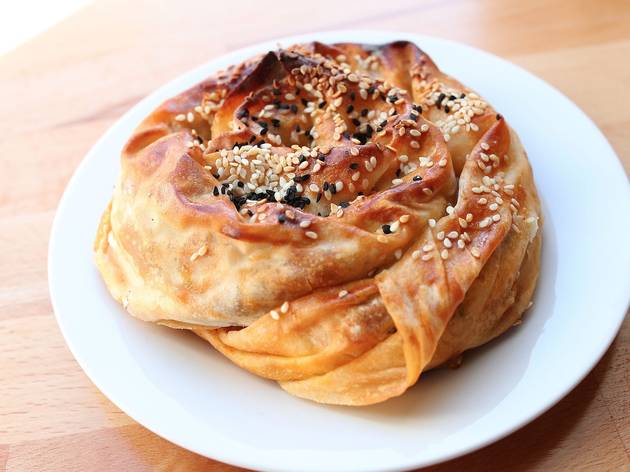 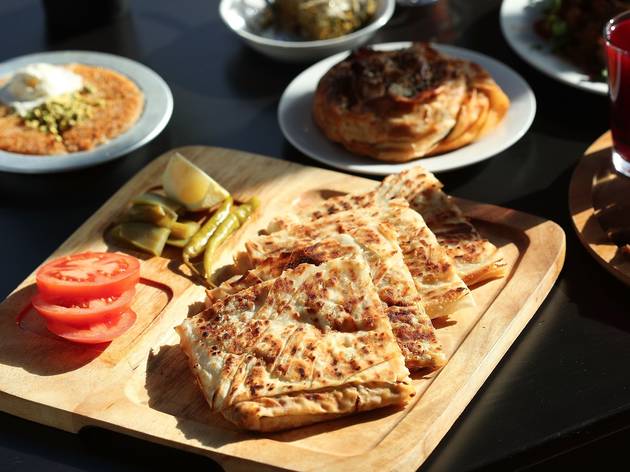 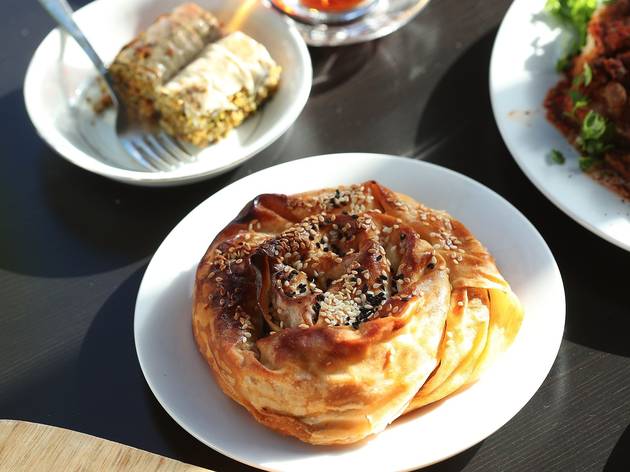 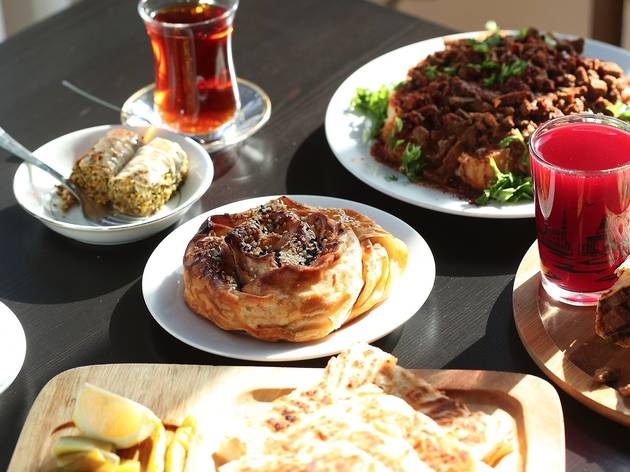 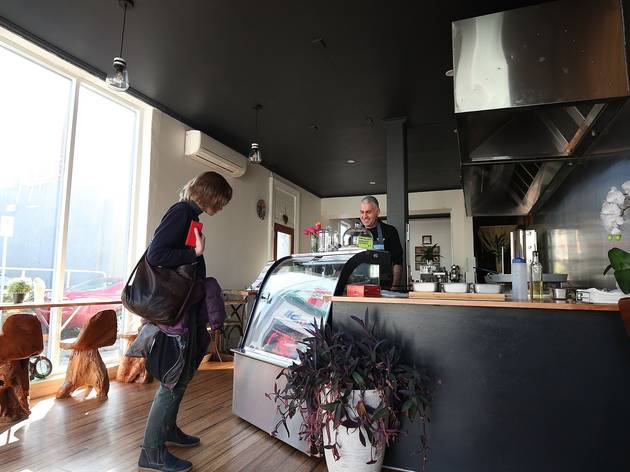 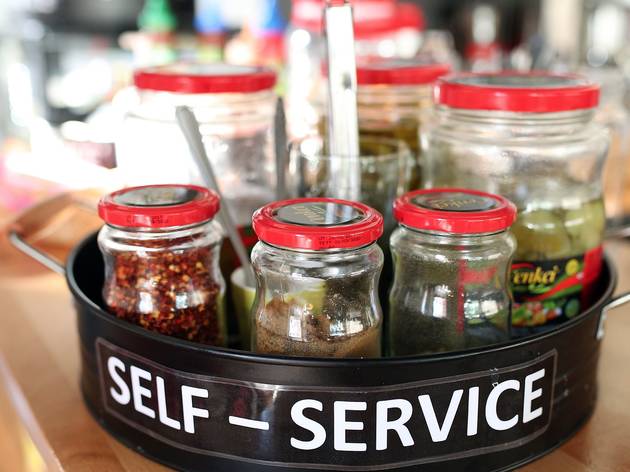 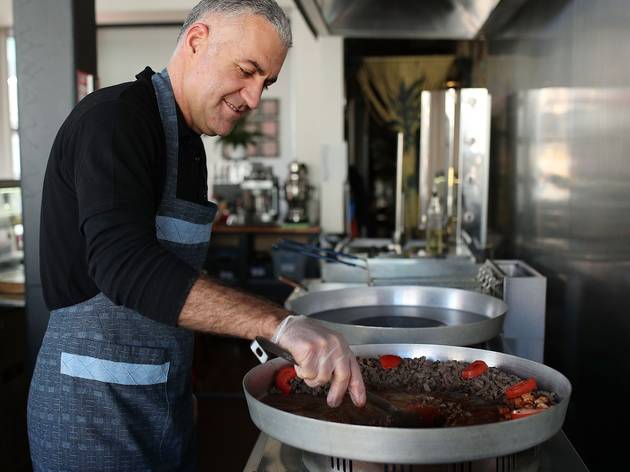 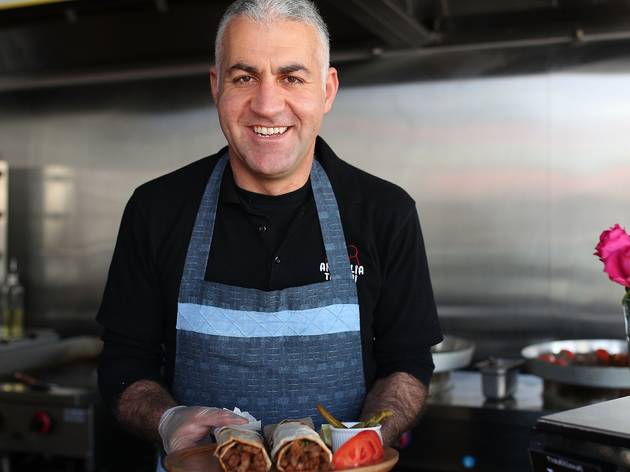 Tantuni involves sautéing finely chopped meat (traditionally beef) in a large shallow metal pan, and then rolling it up tightly in a flatbread with veggies and herbs. At Anatolia Tantuni, owner Burhan Kurucu makes his tantuni with beef or chicken (or a mix) that has been animated with red pepper flakes, smoky paprika and oregano. He wraps it up with diced tomato, sumac-coated red onion and parsley, which cut through the oily redness of the spiced meat, adding acidity, tangy bite and herby freshness. It’s the antidote to every disappointing kebab you’ve ever had, and it also comes as sandwich on Turkish bread, or deconstructed on a plate.

Burhan and his wife Birten opened Anatolia Tantuni in April, after arriving in Melbourne from Ankara mid-last year. The Kurucus saw a gap in the market for Turkey’s popular street food and struck while the pan was hot. Burhan is at the helm, singlehandedly frying, stuffing and wrapping kebabs – and welcoming customers with minimal English and maximum hospitality. Birten is behind the scenes, making gözleme filled with spinach and feta, or a vegan version with mushroom, capsicum and onion. Her börek are bursting with juicy minced beef or salty, lemony spinach offset by crumbly, buttery filo pastry. Don’t leave without trying the desserts – the cheesy künefe or sütlaç, a moreish milky rice pudding laced with nutmeg and orange zest.

Stretch your stomach capacity so that you don’t miss out on the Instagram-worthy beyti kebab – parcels of pita-wrapped meat ready to be dunked into a parsley-capped mountain of garlicky yoghurt drizzled with spicy meat sauce. Or try the deconstructed iskender, in which pita bits are scattered on meat submerged in a fiery red sauce and yoghurt.

What few frills there are extend to touches of Islamic art, pot plants, and a wall painting honouring the Beşiktaş football team. Everything except for the plates is available to take away, but there are advantages to eating in. First, you can enjoy the accompaniments station, where jars of pickled green chillies, tongue-scorching jalapeños and briny cucumber fingers intermingle with bowls of kaleidoscopic spices. Second, once you’re done eating, Burhan offers complimentary tulip-shaped glasses of strong Turkish tea as he practices his English.